The Synology DS920+ NAS may be a pricey storage solution, but it’s also an investment in incredible storage versatility. 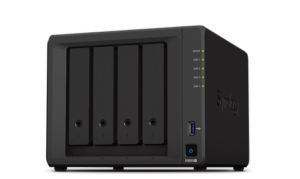 Quick verdict: Synology DS920+ 4-Bay DiskStation
If you treat a NAS as anything other than an investment, you’ll be put off by the price. That said, the only thing that stops the Synology DS920+ NAS from being fully future-proofed is the lack of multi-gigabit Ethernet ports. Outside of that, the DS920+ is an easy-to-use and versatile centralised storage solution. Hardware installation and upgrading is a breeze, while the user-friendly DSM interface encourages users to get the most out of the many perks of NAS use.
Pros
Versatile and expandable storage solution
Hard drive installation is a cinch
DSM interface is incredibly user-friendly
Cons
Steep initial cost
Restricted configuration via app installation
Dual gigabit Ethernet instead of multi-gig ports

External drives are an affordable and user-friendly way to expand storage in the home. But network-attached storage (NAS) devices are a scalable and centralised form of storage that are accessible on devices at home and while you’re out and about. The thing is, they’re not cheap. Case in point, the Synology DS920+ NAS. That said, if you don’t mind treating a NAS like an investment, the Synology DS920+ is well worth the steep price of admission. 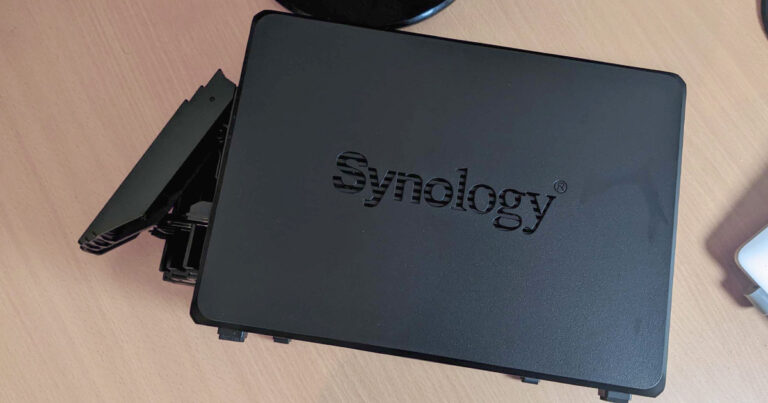 How much does Synology DS920+ DiskStation cost in Australia?

Very pricey buy-in, but worth the investment.

If you’re unfamiliar with NAS prices, I hope you’re sitting down. Buying the Synology DS920+ NAS alone costs around $800. And then you have to pay extra for one to four hard drives and, if you’re so inclined, one or two M.2 SSDs for faster caching.

This price isn’t out of line with Synology’s competitors if you’re after a four-bay NAS, plus the DS920+ can be expanded with a five-bay add-on if four hard drives isn’t enough. The thing is, the 64TB max capacity (4x 16TB hard drives) is more than most everyday users could ever need. Even half that capacity is overkill for the small business owner writing this review.

For hard drives, prices start at around $150 for a 4TB NAS-specific hard drive from Western Digital or Seagate. You can start out with one or two of those before deciding to upgrade later to help keep overall costs down. Additionally, a two-bay device is a great place to start for first-time NAS users looking to save money.

NAS vs hard drive
External hard drives are a lot cheaper than NAS solutions, plus they don’t require user knowledge to operate. But NAS does everything a hard drive can do and, once configured, so much more. For starters, it creates centralised storage that doesn’t have to be physically moved between devices. If a device has local network connectivity, you can access NAS storage, including 4K TVs. NAS can also be easily configured for remote access, which effectively makes it function like more versatile cloud storage. More robust NAS solutions like the Synology DS920+ let you store files, automate backups and stream media. You can even plug an external drive into a NAS to share its contents on your local network or over the internet.

Some patience required, but otherwise a cinch to set up. 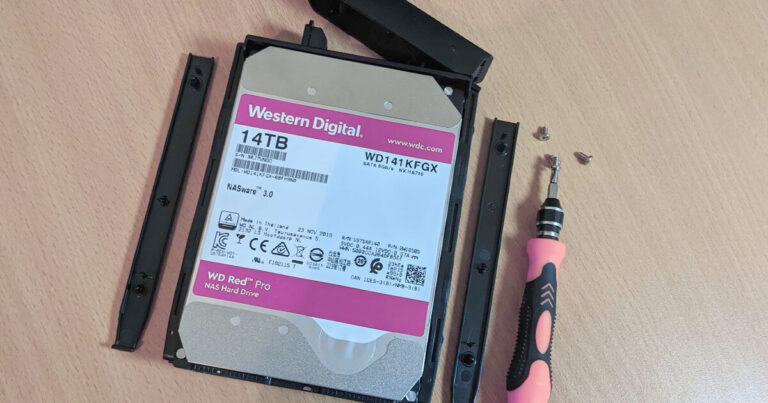 NAS devices have come a long way since I first bought my Synology DS216Play. This older two-bay NAS has served me well for more than five years without any dramas, but installing hard drives was akin to upgrading storage in desktop PCs. You have to crack the DS216Play open to get inside, then screw everything into place.

Refreshingly, this isn’t the case with the DS920+. The four hard drive bays are accessed from the front of the NAS. Just lift the lever, pop out two plastic panels, slide in your hard drive and pop those side panels back into place. The hard drive bay slides back in, the lever goes down, and that’s it. There’s also a plastic key to lock the drives into place so there’s no accidental popping out of hard drives. If you want to install M.2 SSDs for cache, they’re located on the bottom and are just as painless to install with no screws required.

The power cable goes in the back along with either one or two Ethernet cables (both ports are gigabit Ethernet), then you power it on. I used the Synology DS Finder Android app for installation and, outside of a couple of odd quirks, it was incredibly easy to use. My main gripe is the app didn’t give me the choice of Redundant Array of Independent Disks (RAID) type for greater control over NAS storage.

Admittedly, it’s understandable why the app defaults to Synology Hybrid RAID (SHR), which effectively halves total capacity when using multiple drives. That may sound bad, but that second drive provides full redundancy in case the primary drive ever fails. No more losing data. You can change the RAID type later or, alternatively, configure via a computer browser rather than the DS Finder app.

What is Synology?
Over the years, Synology has made a name for itself as a provider of quality network-attached storage (NAS) products. The company was founded in 2000, and while it still mainly sells NAS products, it’s also branched out into the router space, including the Synology RT2600ac, MR2200ac and, most recently, the Synology RT6600ax.

Easy to use and supremely versatile as a storage solution. 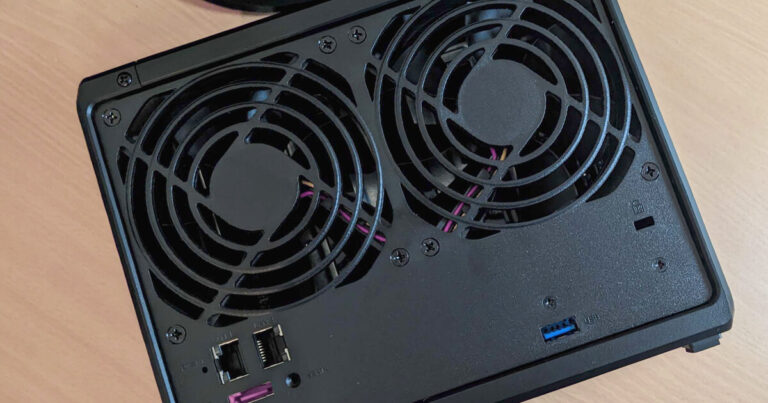 Outside of an apparent lack of soundproofing to properly block out hard drive noise—it’s not overly loud, but it’s worth tucking the NAS away where you won’t hear it—it’s hard to fault the Synology DS920+. You will need some patience if you defer to the default SHR configuration with two or four hard drives, as it will take around a day to configure things properly if you have large-capacity hard drives.

You can still use the NAS during this time, it’ll just slow things down. Once everything is configured in the back end, the Synology DS920+ is a cinch to use. Punch in find.synology.com into your browser or just use the NAS IP address to access the DSM operating system. Having gone through older versions of DSM, Synology has refined this to a user-friendly point that rewards curiosity and encourages tinkering, which is great.

The main menu (four dots in the left corner) opens the main options in an attractive tile layout. Use this to access deeper settings, monitor storage health (or change RAID type), or get to the handy Package Center. This is Synology’s app store and it’s packed with plenty of app options to control backup, multimedia streaming, photo backup and a whole lot more.

I tried to trip up the DS920+ in ways that worked on the DS216Play, but this newer-model NAS never skipped a beat. For streaming personal media, the DS920+ is a godsend for Plex, effortlessly handling local 4K streams in my tests. Mercifully, it also simplified the process of accessing my digital library on my NAS while I’m out and about (care of Plex Pass). Setting up NAS links to cloud storage is a cinch (handy for overnight backups), and that’s true of personal images and videos (via Synology Photos) as well as backup for compatible devices on your network.

NAS vs cloud storage
The initial cost of NAS is what makes cloud storage appealing. For a minimal subscription cost, users can access terabytes of online storage via Dropbox, Microsoft OneDrive or Google Drive. The thing is, cloud storage is held and controlled externally, plus it’s reliant on your internet upload speed for storing files. That’s where NAS shines, offering backup for local network devices at gigabit/a> speeds. Certain NAS devices like the Synology DS920+ can also be easily configured as personal cloud storage, meaning you can access their contents when you’re not at home, just like you would with cloud storage. The difference is you’re fully in control and there aren’t ongoing subscription costs.

Speedy performers with a robust reputation. 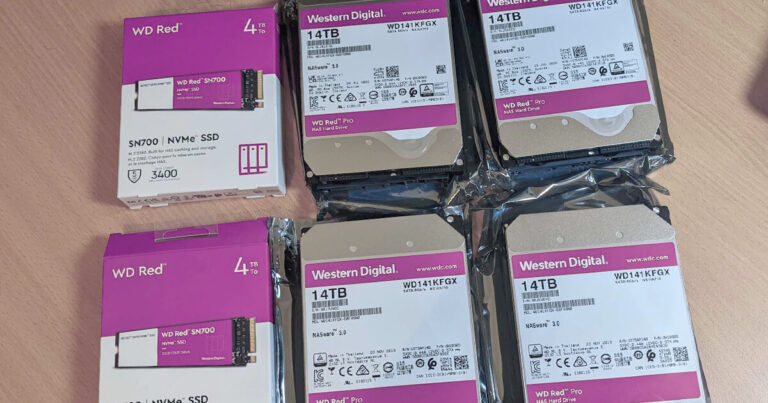 The Synology DS920+ is compatible with full-sized 3.5-inch hard drives and 2.5-inch drives. The larger drives don’t need screws, while the smaller ones do. Admittedly, 2.5-inch drives tend to mean you’re dealing with SSDs, and NAS SSDs are still cost-prohibitive in terms of the all-important dollar-to-gigabyte value proposition. Speeds are great, but honestly that idea felt like an overindulgence after my Western Digital drive tests.

In practical terms, the WD Red Pro NAS drives made accessing folders and files feel a whole lot snappier. Faster loading and file navigating means less time waiting and more time doing. The WD Red Pro drives are fast enough that using the WD Red NVMe SSDs for read/write caching feels like total overkill. Still, with operating speeds that are hundreds of times faster, they’re a welcome inclusion, particularly when multitasking in NAS folders or opening larger files. Basically, the combination of DS920+ and Western Digital HDD and M.2 drives makes for a NAS that’s set to impress for years of use.

Is the Synology DS920+ worth buying?

A pricey but versatile storage option. 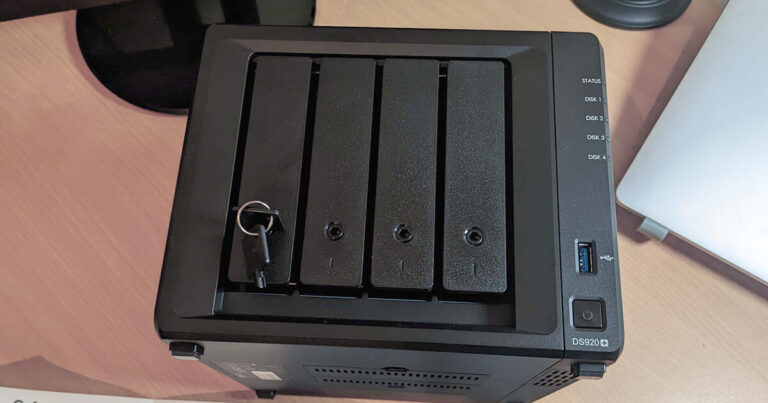 If you see the Synology DS920+ as anything other than an investment in versatile storage, you’ll likely be put off by the price. Get past the entry-level cost, though, and you’re buying into a centralised storage solution that does so much more than just keep your precious files safe.

How we review NAS drives

Our NAS testing starts from the moment we unbox the device. Given the steep asking price, we want to see a NAS that includes all of the cables and extras (including hard drive screws) to get you up and going.

From there, we favour NAS solutions that make it easy to install hard drives. Bonus points if you don’t need screws for 3.5-inch hard drives. More expensive NAS drives include NVMe cache, and we check to see how easy that is to access. A NAS that offers straightforward RAM expandability earns bonus points, too.

Once the drives are installed, we pay close attention to the ease of onboarding. NAS solutions have, historically, been somewhat confronting to configure, so we like a straightforward and guided setup process. Then it’s down to testing what the NAS does, both in terms of centralised storage, as well as other perks like automated backup and streaming.

Here are the most frequently asked questions about Synology's NAS storage solutions.
Does the Synology DS920+ support hot swapping?

Yes, the Synology DS920+ supports hot swapping of hard drives. The drives are incredibly easy to get to thanks to a simple locking mechanism, so no unscrewing is required to install drives (though included screws are necessary for 2.5-inch drives).