Plex has come a long way. What used to be the Netflix of personal media streaming, has now grown up as a fully featured streaming service with stacks of features. There’s a viable free version for personal media, and plenty of reasons to consider ponying up for a monthly, annual or lifetime subscription. 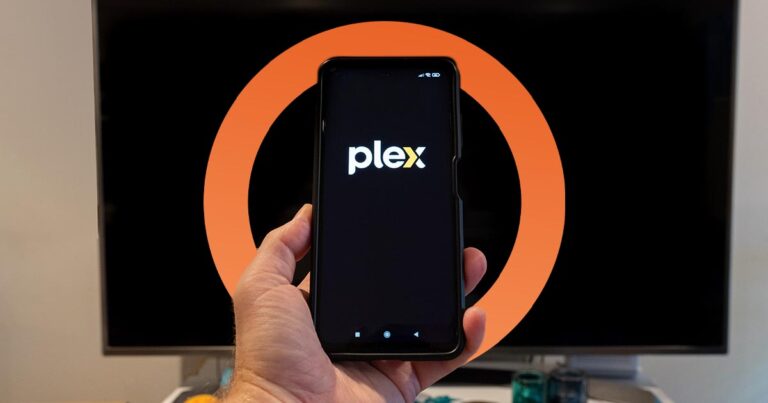 Plex is great for those with stacks of digital photos, music and videos that they want presented in an attractive Netflix-like interface. As a streamer of personal media, Plex is arguably the best going around, and you can access that component for free. Ponying up for Plex Pass, though, unlocks access to awesome features, including live TV and on-demand movies and shows. Admittedly, the quality of these channels isn’t the best, and streaming personal media remotely is trickier than it should be, but Plex is an otherwise great offering.

It's a powerhouse in media streaming

It has a great free version

How much does Plex cost in Australia?

Those who are familiar with Plex as an organiser and streamer of personal media may balk at the price of Plex Pass. Still, there are reasons to go premium. It costs $6.49 a month, $49.99 a year (roughly $4.16 per month) or $159.99 for a pay-once lifetime subscription.

The quality of the live channels and the on-demand movies and series leave a lot to be desired, but the value of going premium is found in other areas. Besides, considering I’m paying around $275 a year for Netflix, which I only use when the latest zeitgeist series drops, I was happy to pay the Plex Pass lifetime fee instead of an ongoing subscription. Bonus points if you get it during a Plex Pass sale.

Format shifting personal media
Australian copyright law is, arguably, desperately outdated when it comes to what you can and can’t do with personal media. Format shifting is the overarching term, which refers to the copyright allowance for digitising books, newspapers, photos, videotapes, and sound recordings. The main trick is that it’s safest when digitising an analogue format, particularly for video. So, VHS to digital is fine, but DVD (or better) to digital is technically not okay. Plex can stream all manner of digital video formats (including digital backups of physical media) but, because of copyright laws in Australia, it’s not something we can recommend.

Plex as a media server for personal media

Easy to use, beautiful presentation 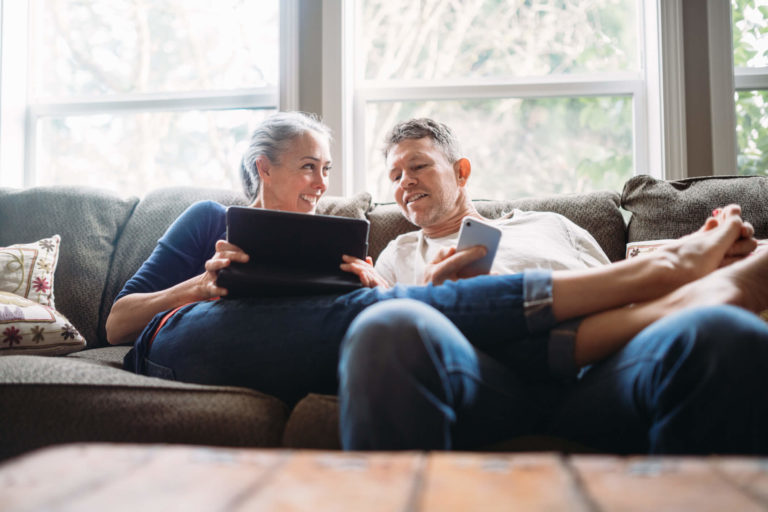 Forget about Kodi or other media streamers, Plex is still the best. Plex is incredibly easy to set up for accessing personal media. All you need is Plex media server installed on a compatible device, then to point Plex towards where your media is stored.

Plex media server is built to present your media library in an attractive way for easy viewing of pictures and straightforward streaming of music and videos. It works with every digital media file type I’ve thrown at it, and Plex media server is updated basically every week to take advantage of the latest improvements.

Adding content is as simple as pointing Plex media server towards the appropriate digital content. Plex then scans the content, uses the ’net to try and source information about properly identifying the digital content, then lets you access it from a range of devices via the Plex app. Occasionally Plex misidentifies content or doubles up, but you can manually tweak these odd errant items easily enough.

Plex is an independent video-on-demand service that’s grown from a local-network media streaming solution to a full-fledged premium product. With more than 25 million global users, Plex continues to evolve to stay relevant in a world dominated by competing streaming services.

Can’t compete with streaming services but has other perks. 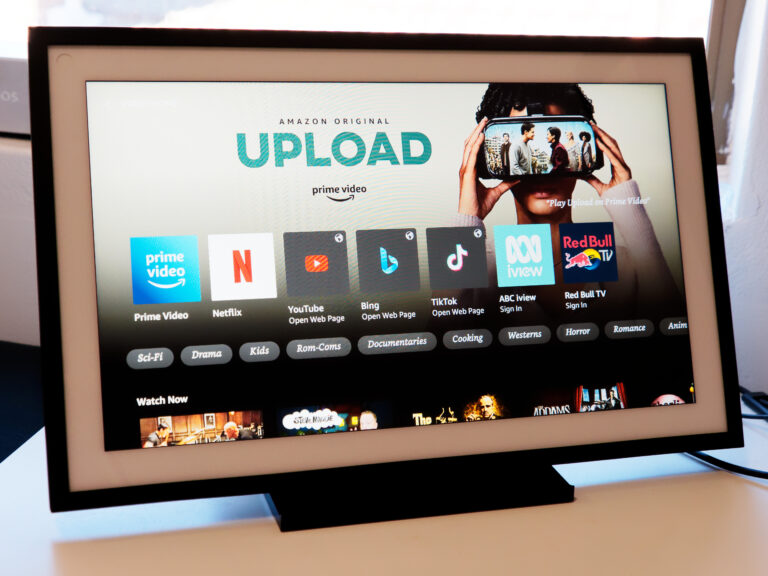 Let’s get something straight out of the gate. Plex Pass isn’t really able to compete with Netflix, Stan, Apple TV Plus or any number of other streaming services available in Australia. While the live TV component of Plex Pass is stuffed with content, it feels more filler than killer.

The same is true of a singular tab dedicated to “Movies & Shows”. Movies and TV series are bundled together, and you’re at the mercy of Plex-recommended categories (familiar to any Netflix user) to sift through it all. Frustratingly, not even the categories section has a dedicated option for movies or shows.

Sifting through the top-loaded Plex Picks gives an idea of the quality of what’s on offer. The better options are The Bank Job, Traitor, and Rescue Dawn. For those three decent picks, there are three or four others that are trashy or unfamiliar. Meanwhile, the prospect of conveniently accessing high-fidelity music sounds great on paper, but it’s ultimately just a Tidal integration. Outside of 30-second previews, Tidal costs extra: $11.99 a month for Tidal HiFi or $23.99 for Tidal HiFi plus.

One of the best features that Plex recently introduced is Discovery. It’s in beta and Discovery’s value stacks based on how many video streaming services you’re subscribed to. For me, that’s Netflix, Stan, Prime Video, Apple TV Plus, HBO Max and Hulu. Discover lets you add a wide range of (unfortunately, regionally locked) services that you have access to, including the free-to-air catch-up channels in Australia. It then makes recommendations across those services and whatever’s available on Plex, offering a way to centralise a watch list or go directly to the content to start viewing (albeit by opening that particular app).

Anyone who’s used JustWatch’s comparable feature won’t be overly impressed, nor will those with an updated Nvidia Shield TV interface. Still, if you use Plex on your TV, Discover is a great way to find content across services without having to search their libraries individually.

Plenty of options but not all straightforward or user-friendly.

Plex Pass has some great advanced features if you have the right gear or can get them working. For the former, Plex offers DVR recording of live TV, but you have to install a compatible tuner and digital antenna to get it going.

Like most video streaming services these days, Plex also supports offline downloads for computers and mobile devices if you want to load up a bunch of content for when you’re travelling. Plex Labs isn’t something I ever use, but it’s a great place to check occasionally to see what creations have come out of the community that work with Plex.

For video streamers, it’s great to have the option to intelligently skip TV intros, which worked great for most of my tests. If you fancy digging into more advanced features, hardware-accelerated streaming can lead to faster buffering with the right computer or NAS. The main reason I signed up for Plex Pass was remote access to my personal media, and while music and photos work, video playback has never worked despite hours of troubleshooting.

Plex data breach
At the time of editing this review, Plex had a data breach. While unfortunately not an uncommon occurrence these days, it’s still a cause for concern. If you have a Plex account, even just for the free version, change your password and activate two-factor authentication, especially if you use the same Plex login credentials for other services.

Is Plex worth paying for?

Try it for a month or buy in for longer. 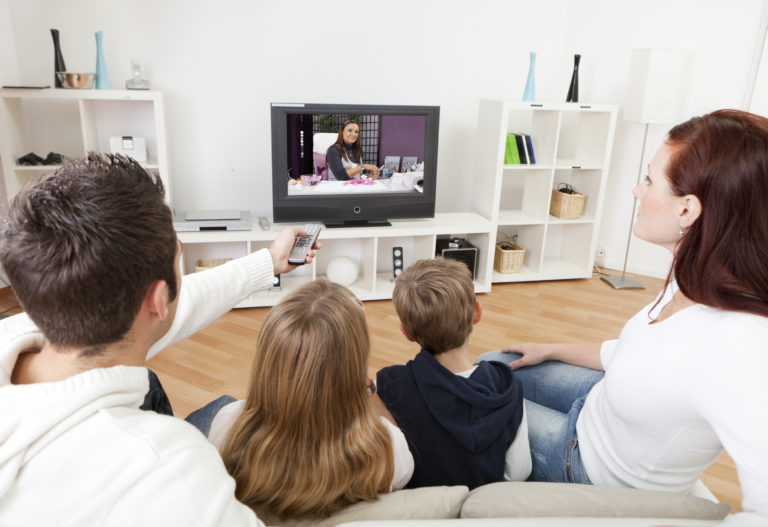 If you’re looking for an attractive and convenient way to organise personal media, the free version of Plex is absolutely worth downloading. It works with a lot of devices and is easy to set up. Plex Pass can’t compete with big-name video streaming services, but there is some decent content (Wu Tang Collection is endlessly entertaining) and the price of entry isn’t too steep. If you get into the advanced features, the overall value sells itself even more.

How we review streaming services

With so many streaming services out there, we start with overall value. For us, it’s not good enough for a streaming service to charge an ongoing subscription and not offer enough ongoing content to justify that price (see Apple TV Plus at launch). But that value can change over time.

Whatever the streaming service, uptime is critical, and so too is streaming quality. With the right internet connection, you should rightly expect to stream content in seconds. Bonus points for streaming services that offer Full HD or, better still, 4K streaming as standard. Other perks like easy account sharing, multiple profiles, and the ability to download files for offline viewing also help to elevate a streaming service in our eyes.

How does Plex compare with other streaming services?

Plex's free option may have no rival but Plex Pass is wortth comparing with other Australian streaming services.
View Plans$6.99 4K 3

Here are the most frequently asked questions Australians have about Plex.
There is a free version of Plex that’s great for accessing personal media on your home network. Paying for Plex Pass, though, grants access to advanced features as well as live TV streaming and on-demand content.
Plex can do a lot with media, from presenting personal media on your home network in an attractive way to streaming live content and on-demand videos. Plex may be renowned as a home media server, but it’s closer to a streaming service these days.
Like most pieces of software, including VPNs and torrenting programs, Plex is legal to use. Plex can technically be used to stream digital content that may violate copyright, but that’s determined by individual users.