HyperX’s first gaming monitor is FHD, 240Hz and armed for a fight

HyperX are arming themselves for battle in a new category. 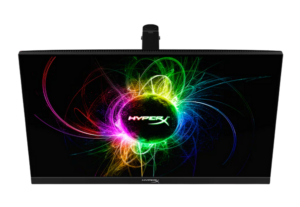 HyperX's first monitor plays things smart by looking to compete on practicality rather than picture quality. If you love the look of the space-saving stand design here and don't mind limiting yourself to FHD gaming, it's a solid choice that does a decent job of justifying the price.

In a world now adjusted to the realities of working remotely, the physical space commanded by both cutting-edge displays like the Samsung Odyssey Ark and more mundane gaming monitors is becoming harder and harder to justify.

Consumers have cottoned on to the notion that every square inch of their desktop has valuable. Now, HyperX is looking to lean into that with its new gaming monitors.

The Armada line is something of a recent expansion by the brand, which usually deals in headsets, keyboards, mice and other gaming accessories and peripherals. However, HyperX's take on gaming monitors doesn't stray too far from the brand's usual MO.

HyperX's Armada monitors aren't perfect, but they're a solid start. 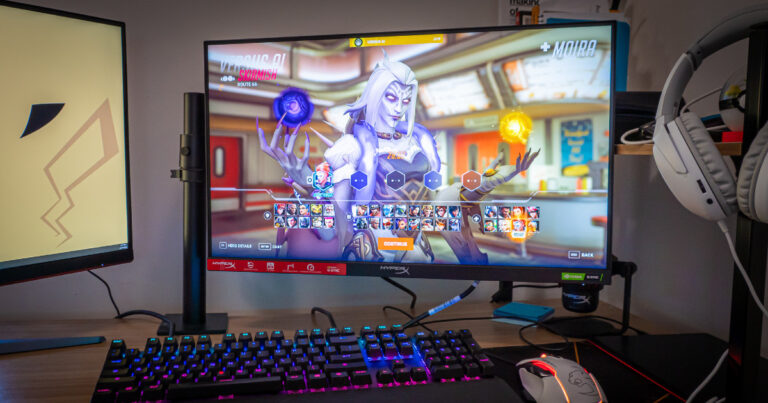 How much does the HyperX Armada 25 cost in Australia?

You know what you're paying extra for

In Australia, pricing for the HyperX Armada 25 starts at $719. If you want a few more pixels and a larger screen, the 27-inch version of the monitor is priced at $779.

Relative to some of the other 25-inch gaming monitors out there, the HyperX Armada 25 is a little more expensive. However, it's worth noting that the display panel here is  clocked at 240Hz - which typically costs you a little more. The other thing you're paying extra for here is the unique mounting system.

The Armada 25 gaming monitor is priced higher than a lot of the competition, but HyperX has thrown in the right bells and whistles to try and justify it. Still, it always pays to shop around. Check out the table below for how Australian retailers rate when it comes to the HyperX Armada monitor pricing. 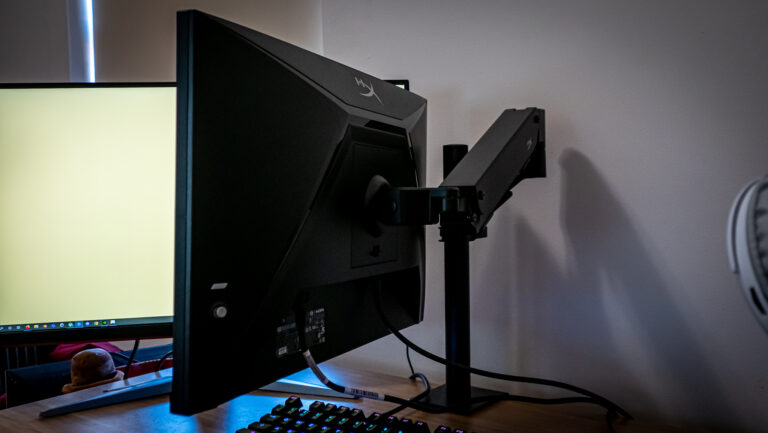 It's not uncommon for a gaming monitor to involve a little bit of DIY, but this sentiment is a little more pronounced for the HyperX Armada 25.

HyperX's first gaming monitor comes with a vice-grip mount that attaches to the backmost edge of a given desk. I've been using the Samsung Space Monitor as my go-to for several years now, so the process of setting this up wasn't entirely alien to me. That said, it does add another question into the mix that might nix the idea of buying this specific from the outset.

On top of the usual questions you'd ask about whether a monitor might be able to meet your needs, you also have to ask whether the Armada 25 will play nice with the physical dimensions of whatever desk you plan on setting it up on. HyperX includes the gear needed for a C-clamp and grommet mounting setup in the box, but the viability of either is going to depend more on the shape of your desk than anything else.

Those thorny specifics aside, the gaming monitor itself is fairly intuitive and straightforward to assemble. The ergonomic arm that holds the screen aloft isn't as rigid as other gaming monitor stand solutions might be, and that added flexibility gives you a lot of freedom when it comes to how you want to set up and use the Armada 25. It feels as viable to use this thing as your main display as a secondary one.

There's a VESA mounting bracket included in the box if that's your preferred flavour. Meanwhile, for multitaskers, HyperX sells an alternative mount designed to support up to four Armada 25 or two Armada 27 screens at once.

As inventive as the stand design involved is, the HyperX Armada 25 likely won't be winning any awards for the implementation of the IPS panel itself. The bezels are thin, though the chin sticks out a little. Spec-wise, this thing is 24.5-inches in size with FHD resolution, a 240Hz refresh rate, a 1ms response time and G-Sync Compatibility.

None of these specs are new, exclusive or unique. There are plenty of other great gaming monitors out there that tick these same boxes. Nevertheless and given the price tag involved, it's good to see HyperX meet expectations here. Anything less, and you'd have to start asking more uncomfortable questions about how much the stand on the Armada 25 is really worth. 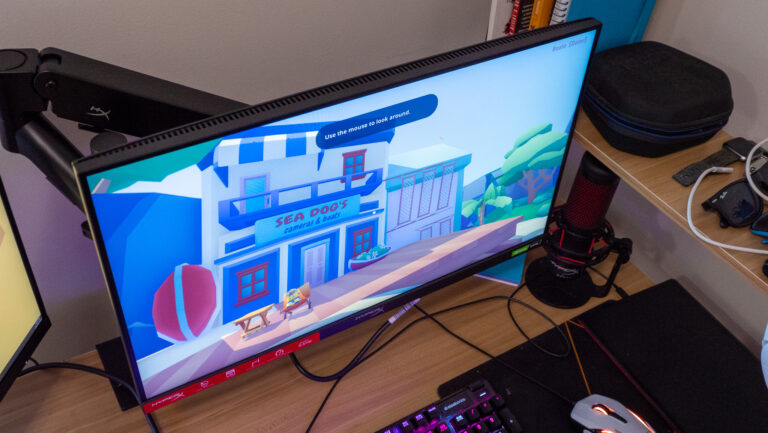 Beyond the inherent novelty of the stand design and the brand involved, the numbers here mostly tell the story.

The FHD resolution on the Armada 25 looks sharp, but it could be sharper. The 240Hz refresh rate well sits above the average and the 1ms complements it nicely, making the 24.5-inch canvas here a great fit for competitive shooters like Overwatch 2, Rainbow Six: Vegas and Destiny 2.

The usual caveats apply. A monitor of this size can sometimes feel a little cramped, so if you're not planning to pair it up with a secondary screen of some time it might make more sense to splurge on something with a few more inches.

The HyperX Armada 25 also lacks the kind of extra bells and whistles that can make a modern monitor as good for creating content as it is for consuming it. The lack of any HDR or wide colour gamut support here (beyond 99% sRBG) is hardly going to be a deal-breaker given the target audience, but it is noteworthy for those with ambitions that go beyond clicking heads.

Is the HyperX Armada 25 worth buying?

It doesn't cost you an arm, nor will it net you a leg-up on the competition 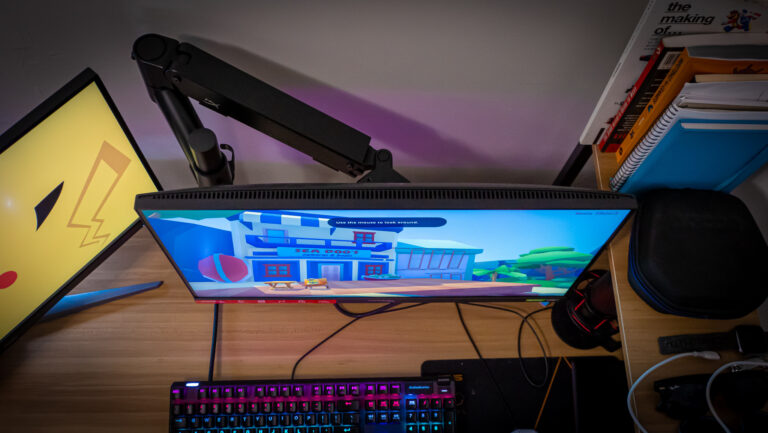 All told, the Armada 25 is a decent first effort at a gaming monitor by the brand.

By opting for practical rather than prestigious, HyperX is looking to play the game on its own terms. The final product is not a slam dunk, but as is often the case with the brand in question, it ticks a few specific boxes at a fairly reasonable price. All the same, that reasonableness is only going to make sense if your ambitions rise as high 240Hz but go no further than FHD resolution.

The HyperX Armada 25's unique design goes some way towards justifying the higher cost, but only if you're already willing to live within its limits.

How does the HyperX Armada 25 compare?