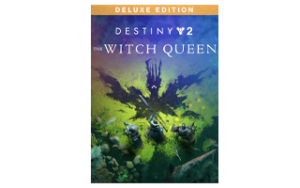 The Witch Queen is the best expansion Bungie have delivered since in years, giving longtime Destiny 2 players exactly what they crave and ex-Destiny 2 players something that’s worth returning for.

Hard to recommend to newcomers

Crafting can be finnicky

While there is plenty to like about Destiny 2: The Witch Queen, there are two specific things that longtime fans of the series will likely remember it for.

The first of these is a willingness to begin giving real answers about the series’ biggest questions. From as far back as the first Destiny, Bungie has been building towards a climactic showdown between the franchises’ respective forces of light and darkness.

With The Witch Queen, it feels like this long-teased climax is finally coming into focus. At times, it feels like you’re watching a TV show that’s on the cusp of its endgame and at the peak of its powers.

The main thrust of The Witch Queen concerns the titular monarch. A resurgent and recurring villain of the Destiny-verse, Savathûn has risen to new heights after hijacking the Light for her own ends. Players are tasked with taking the fight to Savathûn’s Throne World, a swamp-laden pocket dimension, uncovering the origins of her newfound power and putting a stop to her sacrilegious schemes once and for all. 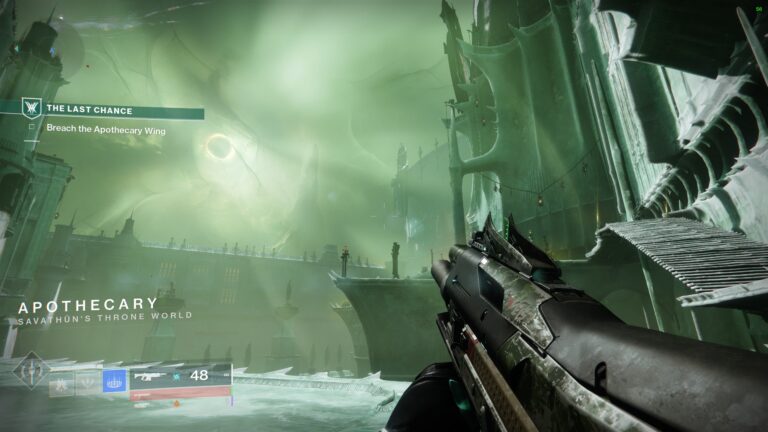 The other likely legacy of The Witch Queen is probably going to be the new Glaive weapon type...

The other likely legacy of The Witch Queen is probably going to be the new Glaive weapon type, which acts as an awesome and timely reminder that Destiny 2’s combat is so robust that even the addition of a single new ingredient can unlock countless new possibilities. I have spent hundreds of hours playing Destiny 2 over the years, but picking up and slashing my way through hordes of enemies with my first glaive weapon was the first time I’ve felt like close-combat focused playstyle might actually be viable.

All told, the bullet-points here aren’t all that different from earlier expansion packs. The Witch Queen introduces a new zone, another story-focused campaign, plus several side quests, endgame activities and strikes. If you wanted more Destiny 2, then you won’t be disappointed with what’s served up here.

However, to describe The Witch Queen as just more of the same feels like it would be doing it a disservice. Compared to prior Destiny 2 expansions, the execution here comes across as noticeably more confident, thoughtful and balanced than earlier efforts. You’re never doing any single thing for so long that it feels like it becomes a slog, and the scenery is constantly changing as the campaign progresses. 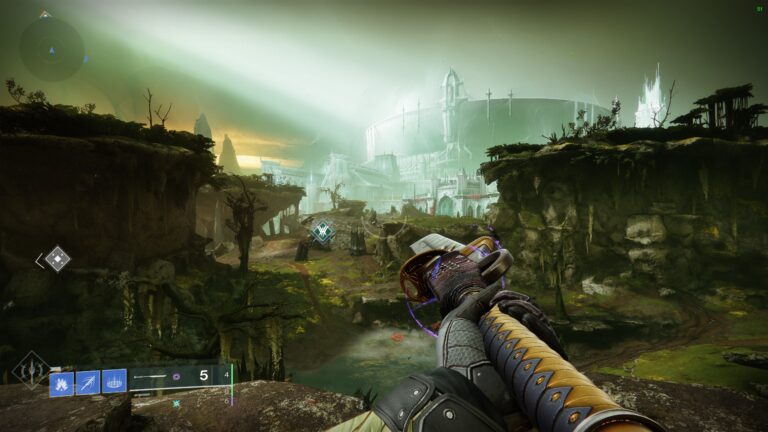 ...it feels like what’s here is a little meatier than previous Destiny 2 campaigns.

Savathûn’s Throne World itself is a delightfully scenic addition to the game’s healthy roster of destinations. Right from the moment you land there, you can tell that Bungie’s art team had a lot of fun building it. Beyond the gothic spires and sinister shrubbery of Savathûn’s palace lie lush and overgrown bayous that add an understated sense of simmering menace to the backdrop of Destiny 2’s moment-to-moment gameplay.

While The Witch Queen doesn’t introduce a new elemental class type like Beyond Light did, it does introduce a formal weapon crafting system. Weapons design have to be found in the wild and be leveled up before you’re allowed to craft them, but it adds another dimension to the game for those interested in collecting them all and min-maxing their character build accordingly.

All told, it took me about nine or so hours to make my way through the nine or so main missions in The Witch Queen. However,  it feels like what’s here is a little meatier than previous Destiny 2 campaigns. 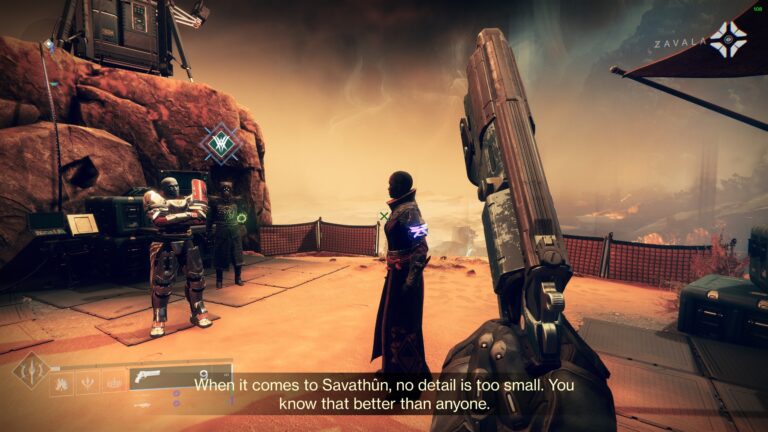 Even if you aren’t willing to revisit the story missions that make up the main campaign of The Witch Queen on higher difficulties or take the time to tackle the various side quests, it feels like even casual players will get plenty of bang for their buck here. That said, it’s extremely difficult to imagine navigating the convoluted mythology driving the plot of this particular expansion as a newcomer. I have played hundreds of hours of this game, and I still sometimes lose track of what this or that proper noun refers to.

As the series approaches the end of the narrative train tracks laid down almost a decade prior, it definitely feels like Bungie are less and less interested in drawing in new players. If you’re looking at Destiny 2: The Witch Queen as a potential way into the series, I don’t know that you’re going to have that much more luck than you did with Beyond Light or Shadowkeep.

Bungie's latest expansion for their premier loot-shooter adds depths in all the right places and manages to deliver big story payoffs for those who can keep up.

The Witch Queen isn't any more friendly to newcomers than previous expansions have been, and there's little point in pretending otherwise. Still, if you can get past that, there's a lot to like here.

With each expansion, it feels like Bungie have gotten a little bit better at this or that. This time, they've brought it all together in stunning fashion. Even if the biggest and boldest cards for the larger narrative are yet to come, The Witch Queen acts as an impressive capstone to Destiny 2's post-Activision-pre-Sony era.