Jack of all trades, master of some. 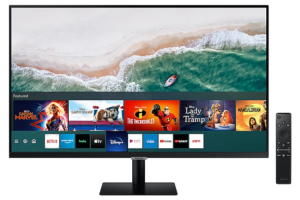 Quick verdict
The Samsung Smart Monitor (M5) seems to be suffering from a bit of an identity crisis, but for those living in sharehouses or studio apartments, it just may be the ideal hybrid piece of kit you’ve been searching for, doubling as both a computer monitor and a smart TV.

Not ideal for gaming

The Samsung Smart Monitor is somewhat of an anomaly, given it’s essentially a Samsung Smart TV without the actual TV tuner bit. As such, it’s a tricky thing to judge in terms of pricing, as there’s nothing similar to compare it to.

The M5 monitor comes in two sizes - the 27-inch model (which I tested) will set you back $399, while the 32-inch model retails for $499. That’s a little bit more expensive than average for a monitor of its size, but throw in the fact that you’re also pretty much getting a TV and it becomes far better value.

As far as the actual display goes, the Samsung Smart Monitor (M5) isn’t going to blow your mind, but for an FHD monitor, it’s crisper and brighter than many others we’ve tested. It’s got a VA panel, which makes for fantastic contrast, it offers reasonably accurate colours and it’s also HDR10 enabled.

As someone who owns a Samsung Smart TV, it was a little strange at first when I pulled out an identical remote from the box. And because it runs the same Tizen OS, it truly does feel like a TV, which comes with certain pros and cons. The pros are obvious - plenty of apps to watch all your favourite streaming services, voice assistants and even games. On the downsize, Tizen is a pretty polarizing smart TV interface, so you’ll either love it for its little quirks or hate it because of them.

I enjoyed using the M5 for day-to-day work activities and streaming the occasional TV show, but graphic designers, video editors and content creators will find the monitor a little lacking. Likewise, for gaming, the 60Hz refresh rate and lack of FreeSync or G-Sync just didn’t quite cut it, even with Game Mode turned on. You’re better off sticking with a dedicated gaming monitor. 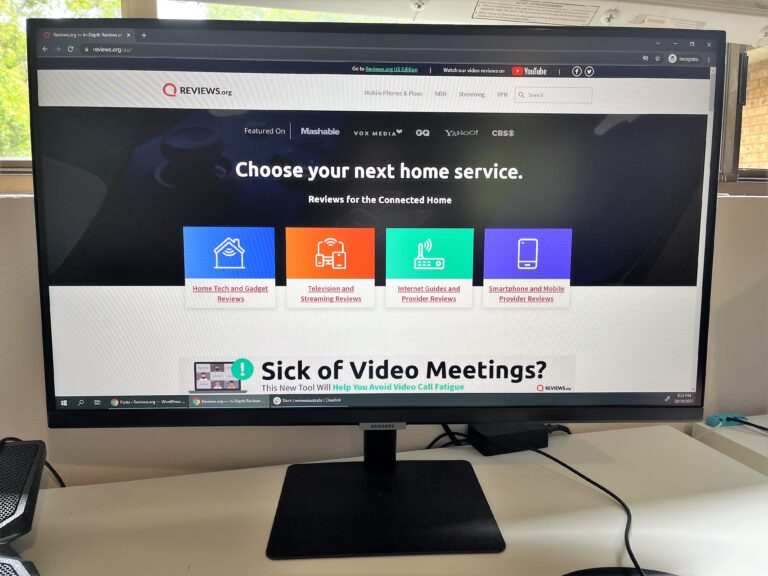 For those wanting higher resolution, you’ll have to fork out an extra couple of hundred dollars for the M7 model, which boasts UHD resolution and comes in either a 32 or 43-inch model. However, the refresh rate still maxes out at 60Hz.

As for the sound, the Samsung M5 isn’t anything to write home about, which is a shame given it’s designed as an all-in-one content hub. It’s certainly not painful to listen to, but for something that, in theory, could replace your TV, it’s definitely not TV-quality audio.

The Samsung Smart Monitor is designed for a very specific person. If you’re after a regular computer monitor, you can spend less and get more for your money by going with a standard (or shall I say “dumb”) monitor. Likewise, if you want a smart TV that allows you to watch terrestrial TV channels, just get a smart TV. But for those living in a room in a sharehouse, a dorm, or a studio apartment, the M5 saves space and represents fantastic value for money. For that, I say it’s definitely worth it.