The best mobile plans for small to medium-sized businesses, broken down in terms of price, data, extras and support.

We’re going to let you in on a little secret. There aren’t any business mobile plans like there are business NBN internet plans. Well, not really. While some telcos may brand them as such, we stopped differentiating between personal and business mobile plans a while ago because, in our comparisons, we found they had identical offerings: same price, identical data, equal inclusions. 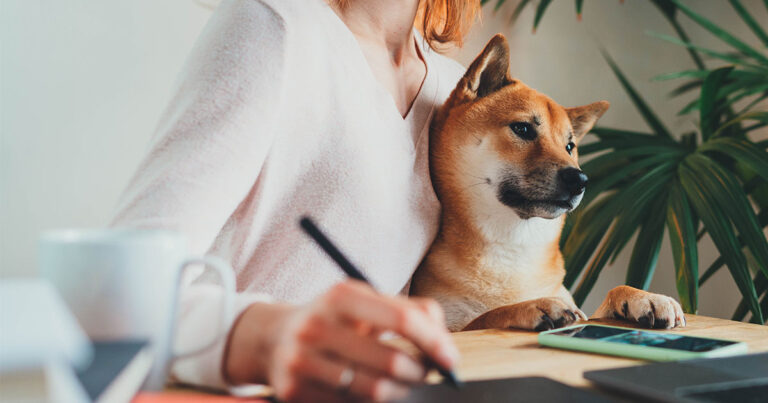 Make it a business plan
Why should you sign up for a business plan?
Even though business mobile plans and personal mobile plans are effectively identical these days, talk to your intended telco about any potential additional business perks. For instance, you may be able to (and should) add your company’s ABN or ACN to your mobile account to help better identify it as a business service. While plans may be the same in what they offer, also check to see if your chosen telco has dedicated business support to potentially skip the support queue with personal users.

There are some critical considerations for picking the mobile plan that’s right for your business. First and foremost is less to do with the plan and more to do with the network. In Australia, the ranking of non-5G mobile networks is as follows:

Note that Telstra MVNOs, Optus MVNOs and Vodafone MVNOs tend to offer more competitive pricing on their plans than the three network holders. If you’re after 5G in Australia, the footprint is even smaller as the respective telco networks are still being built. Towards the end of 2021, here’s how Australia’s 5G networks look:

Despite that ranking, your business can still viably opt for the Optus or Vodafone networks, in 4G or 5G variants, as long as you’re working in an area that has great reception. In this context, great reception refers to full (or close to) signal strength, fast data speeds and reliable calls that don’t drop out.

Use the interactive map below to determine whether your business can expect 4G or 5G (or even 3G) speeds from the three network holders by ticking the network boxes and changing network provider via the drop-down menu.

What makes for a great business mobile plan?

With the network sorted, it’s down to more common factors. Price is one of the top considerations, but we also determine basic value by weighing up cost with how much data is included. Be aware that certain telcos tend to offer cheaper initial pricing across SIM Only and Prepaid plans, meaning first-year costs will be cheaper but ongoing costs will also rise once you’re out of the promotional pricing period. So factor in typical pricing initially or, once a promotional period ends, consider switching telcos.

Data is another big consideration, which will depend on how much time you spend out of the office (disconnected from WiFi) or how much you like the idea of a mobile tethering backup solution if office internet is down. On average, Australians are using around 30GB of mobile data per month, so treat that as a minimum for a business mobile plan. While around one-third of Australian mobile users are on Prepaid plans, we’d advise sticking with SIM Only or Postpaid plans (if you want to bundle a handset) for the best value.

Because more and more telcos are competing around similar price points and data caps these days, included extras can help separate a contender from a viable victor. These extras may include additional data, data banking or gifting, international call and/or text inclusions, capped max-speed data (to avoid bill shock), or even 10% off the monthly office kitchen grocery shop at Woolies with Woolworths Mobile.

The final main consideration is support channels. While the quality of the support experience with the same provider between businesses may differ (as they do between people with personal accounts), the more support avenues a telco offers, the more options you have for getting in touch.

For comparison, below is a daily updating list of popular SIM Only plans on the Optus network with at least 30GB of data.

Finally, you can also compare those plans above with popular SIM Only plans on the Vodafone network, which come with at least 30GB of data.

If you want a SIM Only business mobile plan with at least 30GB of data, there are a few options. Bear in mind that the cheaper options towards the top of the list below are likely representative of discounted promotional pricing periods, so be sure to factor that in when budgeting a plan longer-term.

For those businesses where 30GB isn’t close to meeting your business needs, consider a SIM Only plan with a whole lot more data. The list below is for SIM Only plans from our comparison engine with at least 100GB of monthly data.

If you’re having trouble separating plans based on just price and data, it’s worth factoring in the extras they come with. Certain promotional extras may come and go, but features like data caps, data banking and data gifting tend to be permanent fixtures, and the same is true of international allowances.

Check out the list below for an idea of popular SIM Only mobile plans with at least 30GB of data from telcos with a knack for bundling perks, including Optus mobile business plans.

For businesses that want the peace of mind of multiple support channels, we’d advise sticking with the telcos whose plan reviews ranked highest in our internal analysis metrics. You can either go with fully featured support from Optus or Telstra; alternatively, opt for telcos with more competitive pricing like Vodafone, Amaysim and Dodo Mobile, all of which have robust support channels.

The daily updating list below is comprised of popular plans from these telcos, all of which have at least 30GB of data (note that Amaysim only sells Prepaid plans).