How to save big on your annual NBN bill

NBN is available to almost every home in Australia, but if you’re willing to shift around, you can potentially save hundreds on your internet bill each year.

In terms of the NBN providers we track in our comparison engine, you can expect to pay around $40 a month at the absolute minimum to keep your home connected. As you might expect, the faster the plan, the more you can expect to pay, but shifting to a higher speed tier also unlocks better discounts.

Given how easy it is to shift NBN providers, you can save big each year just by marking a date in your calendar and jumping to a similar plan from a different NBN provider. Before we get too far into what you need to do, check out the daily updating list of popular NBN plans below (across speed tiers). 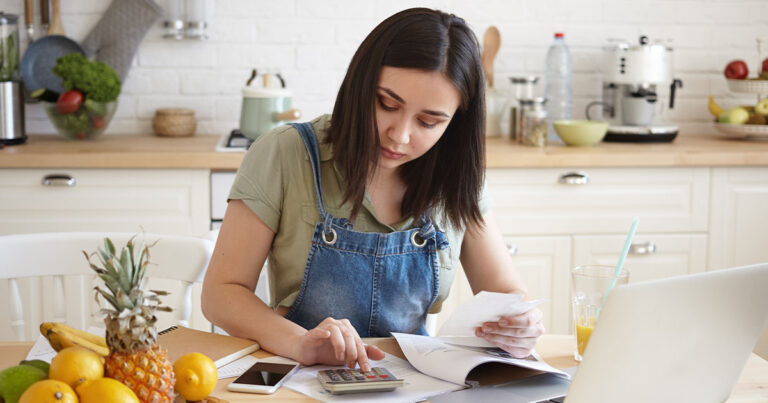 How to save on your NBN bill

The first step to saving money each month, which can stack up to significant savings each year (up to more than $250), is to find a discounted plan from an NBN provider. While this is a somewhat obvious first step, there are NBN providers who have a knack for offering ongoing discounts, and those who only offer short-lived ones.

Starting out, your best bet is to go with one of those NBN providers who only occasionally offers a discount. Why? Once the promotional period ends from the short-lived offer, there’s a better chance you can jump onto a plan from one of those other NBN providers that’ve made a name for offering ongoing discounts for new sign-ups.

That’s the real clincher, too: “new sign-up”. There’s a trend among NBN providers to compete on offering discounted pricing for the first six months, but only for new customers. So what you do is sign up, then set a calendar reminder to shift NBN providers just before the promotional period ends (no need to have a break-up chat with your current NBN provider) and sign up for a new one.

To make it easier, you should absolutely lean on our best NBN plans page, which we update at the start of every month, to get an idea of which specials are available. That’s really the long and short of the theory!

In terms of disclaimers, we’re going to assume you want to shift between NBN providers but stick to the same NBN speed tier. The other main proviso is that promotional periods, even the seemingly incumbent ones, can end or be modified, so take the advice below as a snapshot of potential savings. We’re also using the cheapest ongoing fee per NBN speed tier to determine the overall saving from promotional pricing, and focusing on plans that come with unlimited data (so you don’t have to worry about a data cap). You won’t find NBN 250 or NBN 1000 plans below because we’re sticking to the plans available to most Australian homes (NBN 12 to NBN 100).

Oh, the other thing is we’re focused on NBN fixed-line plans, which are more likely to have promotional pricing than NBN Fixed Wireless and NBN Sky Muster satellite NBN plans.

Now that the theory is out of the way, let’s dig into some practical examples using NBN plans from our comparison engine.

NBN 12 plans are already the cheapest available, but you can get an even cheaper plan by shopping around for an NBN provider with a promotional plan. Spintel has been offering the WhistleOut Exclusive NBN Unlimited Entry for a while now, which normally costs $49.95 a month (the cheapest typical price for unlimited data) but has a $39 monthly fee for the first six months (for 12Mbps download speeds). Pennytel has an NBN 12 plan that costs $39.99 a month typically, but it only has 100GB of data.

Stick with that Spintel plan for the first year, and you’re looking at saving more than $65. At the time of writing, Exetel also had a $10 discount, but the discounted price was the same as Spintel’s typical pricing, so the savings aren’t as dramatic on this entry-level speed tier.

For comparison, below is a daily updating list of popular NBN 12 plans from our database:

NBN 25 is what we consider to be the true basic plan for most Australian homes. Tangerine has the cheapest NBN 25 plan in our database, both in terms of discounted and typical pricing. New sign-ups pay a $44.90 monthly fee for the first six months before reverting to the typical $59.90 monthly price, which is also the cheapest ongoing NBN 25 pricing in our database (and the basis of our savings comparisons below).

Once the six months expire, users can shift to the Spintel NBN Unlimited Standard plan, which has also had a long-running discount: instead of the usual $59.95 monthly fee, pay $49 a month for the first half year. Jumping from Tangerine and Spintel to capture both new sign-up specials means saving more than $150 in the first year. Both NBN providers advertise the same 25Mbps download speeds, too.

Check out a daily updating list of popular NBN 25 plans below from our comparison engine.

NBN 100 plans are the fastest speed tier that most fixed-line homes can sign up to in Australia. At the time of writing, the cheapest deal comes from MyRepublic, which had a $10 monthly discount on its $79 typical pricing for the first six months for good 93Mbps download speeds.

As with the Tangerine/Spintel battles above, MyRepublic also boasts the cheapest typical pricing for the NBN 100 plans we track in our database. Spintel also matches MyRepublic’s $69 pricing with its NBN Unlimited Premium plan (100Mbps download speeds), which means you can save $120 on the cheapest typical NBN 100 plan pricing in our database in the first year by shifting from MyRepublic to Spintel after six months.

Assuming the specials are still around 12 months down the track, there’s another $100+ of savings to be found by shifting from Spintel to Exetel (100Mbps download speeds), then from Exetel to Superloop ($93Mbps download speeds.). Two years of NBN 100 for $220+ cheaper than the cheapest typical pricing is great.

Below is a daily updating list of popular NBN 100 plans from our comparison engine.