The best movies on Binge

There are over 1,000 movies to Binge and we've picked out a few of the very best. 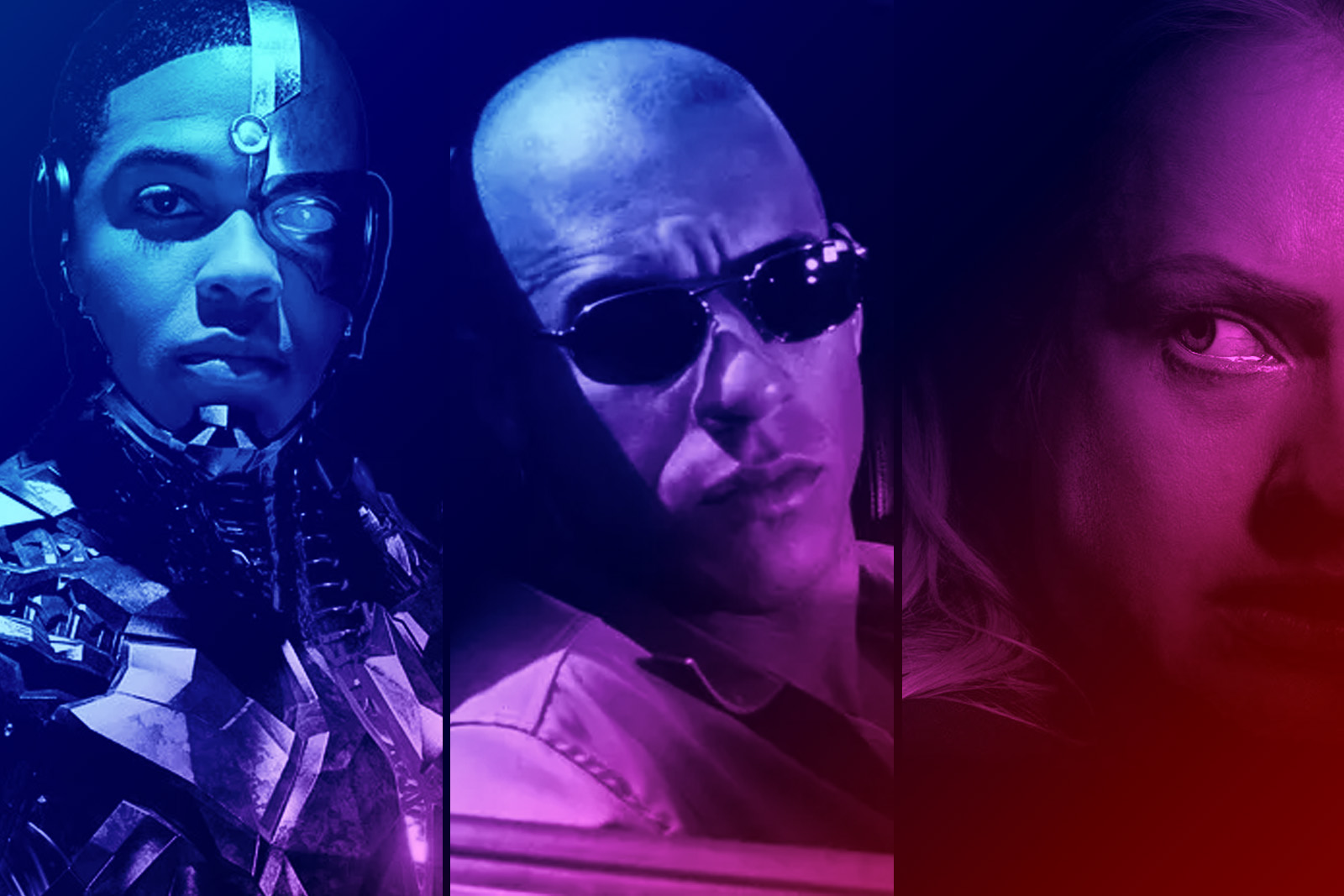 Foxtel's latest streaming service Binge is home to over 1,000 movies at any given time and though it may not get everything Foxtel gets, it does get most of the movies that matter.  We're always on the hunt for the latest and greatest movies heading to Binge so if you think we've glazed over something great, give it a shout out in the comments below.

Note: Binge is home to some fantastic film series. We've let you know which movie collections Binge has in their entirety in the list below (rather than pick out a single movie)

If you're already planning on watching Zack Snyder's Justice League on Binge, you've got a long night ahead of you so I'll keep this short. I'll be honest, after 2017's Justice League, I didn't have a lot of faith in a four-hour extended cut four years later but through the power of sheer curiosity, I eventually braved Zack Snyder's 4:3 vision and came out thankful that I did.

It's not without its problems but extended runtime allows you to spend more time with the heroes who were first introduced in Justice League (Cyborg, Aquaman and Flash) and the big bad Steppenwolf, resulting in a far more coherent narrative start to finish.

As it was suggested when the whole #ReleaseTheSnyderCut campaign kicked off, so much of what was left on the cutting room floor was vital to fleshing out both the heroes' and the villains' backstories. If you only watched the 2017 original, you probably wouldn't have known that Ray Fisher's Cyborg is the beating heart at the movie's core, or that Steppenwolf's desperate quest for acceptance makes his brutal demise a little bit tragic, and that Ezra Miller's Flash is actually somewhat tolerable?

If you do decide to suit up and check out Zack Snyder's Justice League, we recommend breaking it up over a few nights. Zack Snyder's version is split into six chapters for easy piecemeal viewing.

Hold up, what's Binge?
Binge is a new streaming service in Australia from Foxtel and the team that brought you Kayo Sports. It's a new destination for premium TV drama and some of the latest flicks. Binge has a two-week free trial, so you can start streaming tonight without paying a cent. But even after the trial, Binge is more generously priced from than Foxtel Now before it, starting the $10 per month.

From The Fast and the Furious to The Fate of the Furious the whole fast familia is streaming on Binge. Before Binge, there was no one streaming solution for the entire Fast series, but now the whole series is parked in one place, you can buckle up for a binge right in time for Fast and Furious 9's 2020 release.

Fraser's most iconic role in the late 90s was Rick O'Connell, a roguish adventurer with a knack for vexing the reanimated high priest Imhotep in 1999's The Mummy.

The Mummy follows Rick, and the scholarly Carnahan siblings, in a quest to escape the clutches of decaying Egyptian warriors and scores of flesh-eating scarab beetles. It offers plenty of chuckles and some genuinely thrilling chase sequences that hold up to this day.

Unlike the Fast and the Furious series, which increased in popularity with every subsequent release, Mission Impossible went MIA for a few years after the poorly received second instalment. But Tom Cruise never stopped pushing his body to the absolute limit, and by the fourth film, Ghost Protocol, the series had emerged from the shadows stronger than ever.

The successful Ghost Protocol was followed by two even better spy-thriller escapades: Rogue Nation (2016) and Fallout (2018). Now, the entire series is available to marathon on Binge.

Back to the Future Part I, II and III

When Michael J. Fox first danced with the idea of hooking up with his Mum in 1985, audiences weren't phased even the slightest bit. Back to the Future became one of the biggest cultural phenomenons of the 80s, and thanks to its popularity, so did Fox.

Rewatching Back to the Future is a solid reminder of what made Robert Zemeckis's sci-fi adventure such a riot in the first place. The stakes are high, the comedy is broad, and the special effects/soundtrack have aged wonderfully. Both the original and its sequel are available to stream on Binge.

If John Williamson's Jurassic Park theme doesn't make you want to head back to 1993 and visit Isla Nublar for the first time all over again, then keep scrolling.

While the original is still the greatest, the Goldblum-led Lost World can get it too. And there's a bit of fun to be had with the rebooted World series even if the principal cast lacks the same charm.

Netflix recently paid a whopping $469 million for the upcoming Knives Out sequels starring Daniel Craig. While that sort of money is no indication of quality, it should tell you there's a good reason Netflix wants to lock down the rights to Rian Johnson's next light-hearted murder mystery.

In Knives Out, Daniel Craig plays a deep-fried private detective from down South who's fixin' for answers when he's paid anonymously to investigate the murder of Harlan Thrombey, a celebrated mystery author with a huge estate and various family members who would love a piece of the fortune.

It's the sort of movie you think you've figured out in the first 20 minutes before being taken on a rollercoaster of twists, turns and spicy intrigue.

Are you not entertained? Then we've got the movie for you. Ridley Scott's 2000 epic Gladiator took Russel Crowe's rising star and strapped a rocket to it while introducing many audiences to the inimitable Joaquin Phoenix.

Maximus Decimus and his storied tale of revenge treat viewers to a grand banquet of action, and a goblet of betrayal and intrigue to wash it all down with.

Crowe's killing machine Maximus and the Phoenix's villainous Commodus are the highlights here, but it also stars the late Oliver Reed and Richard Harris in supporting roles.

Paul Thomas Anderson’s second film on this list was the first time many of us witnessed the raw talent of the young director. Boogie Nights (1997) had Mark Wahlberg lead an all-star cast as Dirk Diggler, a nightclub dishwasher packing more than the dirty plates.

Diggler’s hidden… talent turns him into an overnight pornographic superstar. Boogie Nights details his rise to fame throughout the 70s, and his subsequent downfall in the 80s.

Boogie Nights is a must-watch if you like sprawling star-studded dramas.

The movie that put Dev Patel (Lion) is another rags-to-riches joint, this told through the unique framing device of a game show. When Jamil Malik (Patel) gets a shot at India’s Who Wants to Be a Millionaire?, the questions and answers transport us to a different moment in Malik’s life, from his innocent younger years, to more troubled times with gang members, to meeting his first love, all the way up to the moment he became a contestant.

Slumdog Millionaire is a romance story at heart, but the journey there is filled with loads of action and drama.

For obvious reasons, 2020 was a little bit light on big movie releases. One day cinemagoers were shovelling fistfuls of popcorn in their mouth, wiping their buttery palms on the grimy seats, and the next, cinema seats across the world had suddenly freed up. Early on, Warner Bros. responded by pivoting select releases to a direct-to-digital and The Invisible Man was one of the first.

If you somehow missed this chilling horror reboot in the early days of lockdown (when it cost a full $30 to rent), then do yourself a favour and check it out on Binge.

In a plot that— now that I think about it— starts a lot like HBO's Made for Love (streaming on Stan), Elizabeth Moss plays Cecilia Kass, an architect married to a controlling and abusive tech genius who decides to make her escape in the film's riveting opening.

Weeks later, Cecilia hears news of her ex-husband Adrian's suicide but after years of manipulation, she refuses to believe he's dead. Cecilia's suspicions are confirmed when she is seemingly haunted by the invisible spectre of her violent and vengeful ex-husband.

You might know the deadite-hunting Ash Williams from the popular 2015 series Ash vs. Evil Dead (available on Stan), but if we head back in time (not as far back 1300 AD) to 1981, you'll meet a much younger Ash Williams with one more arm, and one less chainsaw, in the original The Evil Dead.

Sam Raimi's first Evil Dead film is a far cry from the cult icon Ash Williams we know today. For a movie that involved demonically possessed trees, The Evil Dead is a comparatively straightforward cabin-in-the-woods horror flick about a group of teens fighting a supernatural force. It's not until Evil Dead II where Raimi ramps up the weirdness and begins the journey to the grizzled, boomstick-slinging Ash Williams we know today.

Evil Dead II was also available on Binge at launch but has since been removed.