If you can ignore the politics surrounding the Russian-headquartered Kaspersky antivirus, you can find powerful protection in its antivirus software.

Quick verdict: Kaspersky
Kaspersky is a great antivirus service that’s well worth considering. It has fantastic first-year pricing, which is cheap for a handful of devices and even cheaper if you only want to protect one or a few. The ongoing pricing is competitive, too. Kaspersky also boasts reliable (albeit imperfect) antivirus scores in real-world intensive testing environments. Still, there are a confusing number of purchasable versions and device options, plus some quality-of-life detractors that hold it back. 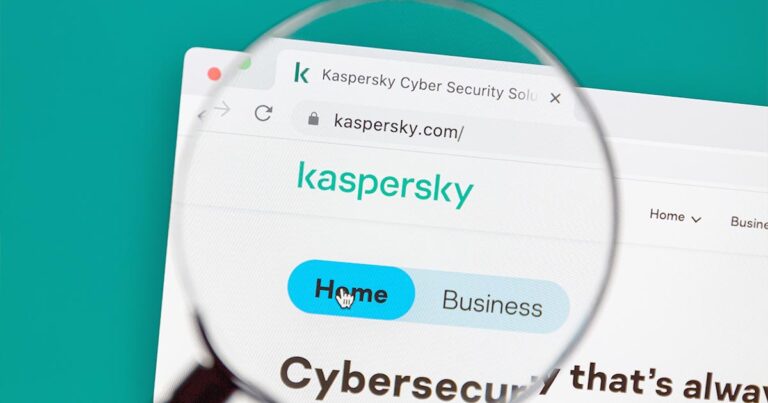 It’s tricky to write anything about Kaspersky without addressing the elephant in the room. Kaspersky is based in Russia and, in terms of the global climate (at least at the time of writing this review), that’s not a good look. The reality is, I can’t find evidence to suggest that Kaspersky antivirus software should be evaluated as anything other than a reliable service. And in terms of antivirus, it still stands as one of the best.

How much does Kaspersky cost in Australia?

Comparing Kaspersky plans and weighing up the value for money.

In top-level comparisons between Kaspersky and its closest peers, you’ll be flat strapped to find a better-value alternative for cheaper first-year pricing and ongoing annual fees. Kaspersky has the cheapest pricing for protecting a single device when stacked next to Bitdefender, Avast, Norton, AVG and McAfee.

To protect five devices, Bitdefender has the lead, but Kaspersky isn’t too far behind. If five devices isn’t enough, Kaspersky can also protect up to 10 devices for Kaspersky Anti-Virus (Windows only) and Internet Security, but the pricing is noticeably more expensive than Bitdefender and AVG. If five devices is too few and 10 is too many, Kaspersky Total Security maxes out at protecting seven devices, which is a device count that none of the other aforementioned antivirus providers offer.

Kaspersky Total Security is the main version that protects the typical Windows, Android, iOS and MacOS devices. At the time of review, it costs $74.97 to protect five devices for the first year before reverting to its typical $149.95 annual fee. I’d recommend starting with either Kaspersky Free or a 30-day trial for one of the premium options. If you like Kaspersky after this time, you can save money by opting for a two-year plan option.

Here's a quick overview of Kaspersky's available plans in Australia.

The everyday user experience of Kaspersky

Some quirks but mostly easy to use.

Kaspersky is a bit intimidating at first glance. There are technically three core Kaspersky versions, but the main sign-up page has dozens of options separated into different plans. Once you pick the Kaspersky version you want, you have to contend with a drop-down menu for the number of devices, one or two years, and you can even click through for more options if you want to protect more devices.

If you make it past that, things start to get easier, even if the Windows installation was very slow in comparison to Kaspersky’s peers. It’s worth paying attention to the prompts for the installation wizard as there are some great opt-in security features. Choose to keep or remove ad blocking, malware detection and/or malicious tool removal (I’d advise using all of those).

Installation of the Android version was a lot easier and there’s no need to create an account. The only quirk is to ensure you hit the little ‘x’ if you want to try the free version. Scans across Windows and Android are zippy but manually updating the threat database took a while on PC. Both Android and Windows user interfaces are easy to navigate, and you’ll find basic antivirus tools and extended features where you’d expect.

What is Kaspersky?
Kaspersky is an antivirus provider headquartered in Russia but with offices around the world (including the UK). It has more than 24 years of cybersecurity experience and has more than 400 million users worldwide.

Kaspersky may have imperfect protection but it’s still one of the best.

But after May 2022 test results, Norton, Trend Micro and Avira were the only three with 100% threat protection, while Bitdefender dropped ever so slightly to 99.9%. Meanwhile, Kaspersky blocked 99.6% of threats, including no compromises for user-dependent protection, and it reported an extremely low two false positives. Below is a table that shows how Kaspersky compared to the competition in terms of AV-Comparatives’ May 2022 test results.

AV-Test ranks antivirus services between zero and six in terms of protection, performance and usability. The list below compiles the latest available data for Android, MacOS and Windows software (no iOS, unfortunately), and shows how Kaspersky fares against the competition. There are a lot of perfect scores across the board, and Kaspersky is one of those.

At the time of review, the Real-World Protection Test Feb–May 2022 was the latest analysis available from AV-Comparatives. For AV-Test, it was May 2022 tests for Android, March 2022 results for MacOS, and April 2022 data for Windows.

Some great extended features for those after more than just antivirus.

Whichever version of Kaspersky you buy, you’ll get real-time antivirus, anti-phishing protection and performance optimisation. Upgrading to Kaspersky Internet Security adds some great features, including webcam protection, an ad blocker and online payment protection. There are also family-focused features like screen-time management and an adult-content blocker.

Kaspersky Internet Security also comes with a virtual private network (VPN). While it gets the job done as an antivirus add-on, there are better VPN options out there. The 300MB daily VPN limit in particular isn’t great for all-day protection (the VPN standard is for unlimited data). For extended protection, particularly for parents, Kaspersky Total Security adds a GPS child locator as well as encrypted file protection and a password manager.

Together, this makes for an attractive suite of protective software.

Is Kaspersky worth paying for?

Plenty of ways to try before you buy.

Kaspersky is a robust and fully featured antivirus service. There’s money to be saved if you’re only interested in protecting one device or a few. But it’s great to see the option to protect five, seven or 10 devices for homes with more compatible devices. While threat protection was imperfect in the most recent tests, it’s still towards the top of the list of popular providers. Ultimately, if you’re curious about Kaspersky, try the free version or opt for the 30-day trial to see if it ticks the right boxes for you.

Here are the most frequently asked questions about Kaspersky in Australia.
At the time of review, there was no evidence to suggest that there are serious trust concerns for Kaspersky. In fact, Kaspersky scores well in independent tests and offers excellent real-time threat protection.
In our reviews, McAfee and Kaspersky are close contenders but Kaspersky has the edge. Both antivirus services have 30-day trials if you want to see which one you prefer (though Kaspersky has a free version while McAfee does not).
It depends on what you’re after. Norton has better real-time threat protection (100% block rate vs 99.6%) but Kaspersky has cheaper pricing and a free version, plus a longer trial (30 days vs seven days).