Norton boasts incredible real-time threat protection, backed by a virus-protection promise, but it’ll absolutely make you pay for the privilege.

By Nathan Lawrence
Editor-at-large
Read More
4 min read
Share Article
Verdict: Norton antivirus review
If you want absolute peace of mind from threats, it’s hard to look past Norton. Whether you’re on computer or mobile, Norton is incredibly easy to use, and the first-year pricing is okay. Plus, there are some great extras that add to the overall value. That said, the seven-day trial feels stingy and requires payment details, plus the recent inclusion of the crypto-mining Norton Crypto (admittedly off by default) is all kinds of icky, not to mention performance impacting.
Pros
Next-level threat protection
Easy to use
Great extras (like cloud backup)
Cons
Minimal 7-day trial
Expensive typical pricing
Unnecessary Norton Crypto feature 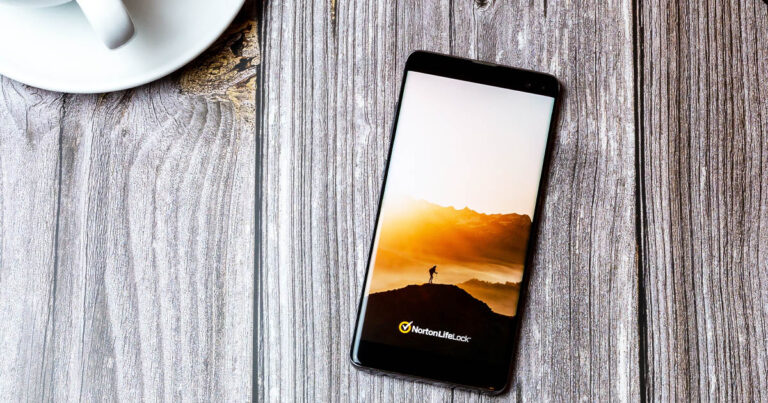 Premium protection comes at a premium.
See all plans at Norton

Norton clearly backs its antivirus software to the point that it’s confident people will pay the premium to use it. In our pricing comparisons between Norton, McAfee, Bitdefender, AVG, Kaspersky and Avast, Norton didn’t take out one comparison for first-year pricing, ongoing pricing or the lowest price hike between discount and ongoing fees.

Admittedly, prices start at $39.99 but that’ll only to protect one device with Norton AntiVirus Plus, and the price jumps up to $69.99 after the first year. The better value is found from the Norton 360 products. Norton 360 Standard costs $79.99 for the first year ($99.99 normally) to protect one device with more features than the entry-level product.

The best value is from Norton 360 Deluxe for an initial $89.99 annual fee ($149.99 typically), which protects three devices. If you want to protect five devices with the same features as Norton 360 Deluxe, go with Norton 360 Premium for an initial $99.99 annual fee ($194.99 normally). Norton does offer two-year pricing for its 360 plans, but the savings aren’t particularly flash to warrant the steeper initial investment.

Incredibly easy to use antivirus software.

My first experience with Norton 360 wasn’t particularly positive because I bought a 12-month subscription from JB Hi-Fi, then had to provide payment details for an ongoing subscription before I could even use the antivirus software. Couple that with a paltry seven-day trial, and Norton isn’t off to the best start.

That said, installation and everyday use are incredibly straightforward on computers and mobile devices. Norton 360 has an uncluttered My Norton dashboard with its most prominent features front and centre. Real-time threat protection happily works in the background with minimal performance impact for everyday device use, plus it’s easy to get to quick or more involved scans.

I like that you can force a live update at any time to grab the most up-to-date threat signatures to run a scan with the very latest protection. While there are advanced features to tinker with (more on those below), Norton works best as an invisible background protector that gets its work done without unnecessary interference.

What is Norton?
Norton is an antivirus provider based in America. The company has been around since 1991 and, these days, falls under the NortonLifeLock banner. That parent company structure means Norton antivirus is also under the same roof as Avast and AVG antivirus.

Experts agree that Norton is one of the best antivirus services for threat protection.

This is where Norton antivirus truly shines, regardless of the version you’re using. You know Norton backs the threat protection of its antivirus plans when they all come with a 100% virus-protection pledge, which is made more impressive by Norton’s real-world results.

We defer to the expertise of respected antivirus analysis from AV-Comparatives and AV-Test, both of which regularly put the latest available versions of popular antivirus software through their paces. Understandably, Norton is one of those antivirus services, and the results are top of the pack.

Starting with AV-Comparatives, Norton had a perfect 100% block rate for its real-time threat protection. That’s equal with Bitdefender, and the only thing slightly holding back Norton overall is it came back with 35 false-positive reports compared to six from Bitdefender. Check out the full results below.

It was similarly impressive results from AV-Test, which rates Android, MacOS and Windows versions of antivirus software on a scale from zero to six for protection, performance and usability. As you can see below, Norton scored perfectly across the board.

At the time of writing, the Real-World Protection Test Feb–Mar 2022 was the latest analysis available from AV-Comparatives, while it was a mix of March and February 2022 tests for AV-Test.

Stuffed with extra features, as long as you go for the more expensive plans.

The cheapest version of Norton antivirus comes with some great additional security features, including a password manager, smart firewall (for PC or Mac) and 2GB of PC cloud backup. Norton 360 Standard has all of these advanced features but ups the cloud storage to 10GB and adds webcam protection for PC as well as Norton Secure VPN. We’d advise using a dedicated VPN instead of Norton as there are better options out there.

Norton 360 Deluxe and Norton 360 Premium include all of the features above but boost the cloud backup to 50GB and 100GB, respectively. These pricier plans also have parental controls, including a remote-learning tool, as well as dark web identity monitoring and SMS security for mobile devices.

The one feature that Norton doesn’t tout on its product page is Norton Crypto—an optional feature for computers that meet the necessary spec requirements—that lets you use a compatible device as a crypto-mining machine. Given that performance impact is a viable metric when it comes to antivirus software, adding a feature that effectively cripples performance, puts extra strain on a computer and saps power doesn’t really feel right.

Is Norton worth paying for?

Norton would be a much easier recommendation if it had more competitive pricing, protected more devices and had a longer trial (without inputting payment details). There’s no denying its effectiveness for real-time threat protection, but you can also get that from the competitively priced Bitdefender (with fewer false positives).

Here are the questions people want answers to before signing up for Norton antivirus software.
Norton is so good at real-time threat protection that it has a virus-protection promise. These claims are also backed up in real-world testing conditions.
Norton and McAfee have equal scores on our site, but Norton has the edge for real-time threat protection. McAfee has a 30-day free trial, though, and some great advanced features.

You can’t really get Norton antivirus for free. Norton does offer an incredibly short seven-day trial, but you have to provide payment details. We've rounded up some free antivirus options that you can also try.