McAfee antivirus is one of the big antivirus names on the block. Let’s see how it fares for everyday use.

By Nathan Lawrence
Editor-at-large
Read More
5 min read
Share Article
Quick verdict: McAfee antivirus
While we’d advise people dipping their toes in the antivirus waters start with a truly free version, I like that McAfee offers a 30-day trial without the need to input payment details. If you try McAfee you’ll find it’s easy to use and has some great features. Still, it has comparatively expensive initial and ongoing annual pricing, plus it’s a step behind its closest competitors when it comes to real-world threat protection in the latest tests.
Pros
Easy to use
Lots of features
30-day trial (no payment details)
Cons
Comparatively behind on real-world threat protection
Expensive pricing
Parental controls only available for McAfee Premium

Compared to peers like Norton, Bitdefender, Kaspersky, Avast and AVG, McAfee is an expensive antivirus service. The cheapest version of McAfee costs $64.95 for the first year before reverting to a $99.95 annual fee, but that’ll only protect one device.

In comparisons to other antivirus software competitors, McAfee has the best value for McAfee Standard in terms of typical pricing and the lowest price jump between first-year and ongoing fees. Still, it’s beaten out in every other pricing comparison by one of the aforementioned antivirus providers. 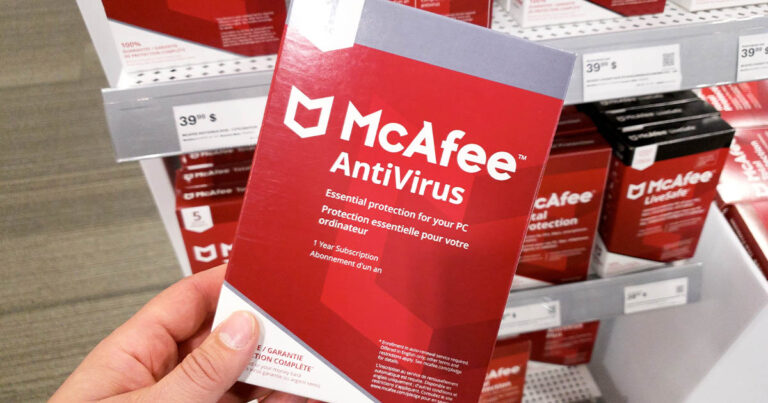 How much does McAfee antivirus cost in Australia?

Compared to peers like Norton, Bitdefender, Kaspersky, Avast and AVG, McAfee is an expensive antivirus service. The cheapest version of McAfee costs $64.95 for the first year before reverting to a $99.95 annual fee, but that’ll only protect one device.

In comparisons to other antivirus software competitors, McAfee has the best value for McAfee Standard in terms of typical pricing and the lowest price jump between first-year and ongoing fees. Still, it’s beaten out in every other pricing comparison by one of the aforementioned antivirus providers.

Easy to install and straightforward to use. 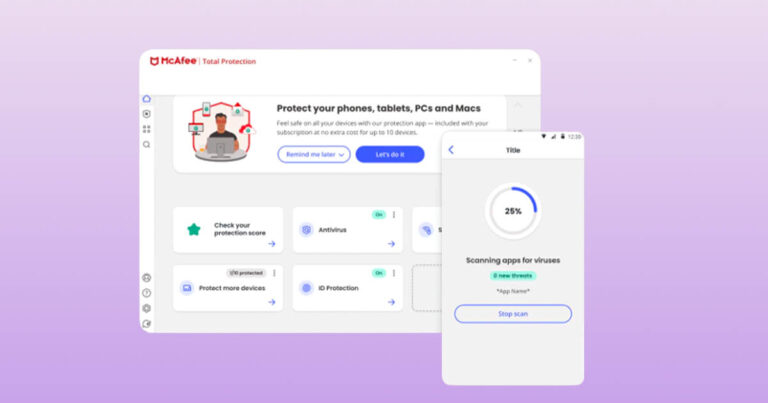 If you’re curious about McAfee, start with the 30-day trial, which is available on any of the four supported platforms: PC, Mac, iOS and Android. While it’s not great to see parental controls paywalled behind more expensive versions, there’s also a 30-day trial of McAfee Safe Family, which is a separate download.

Across my Windows and Android tests, McAfee is as easy to use as you’d expect from antivirus software these days. You do need to create an account for the free trial, but you can use your 30 days across multiple devices. In terms of day-to-day use, it’s great to see functions contextualised with a punchy description.

If you just want McAfee for real-time threat protection, it’ll happily run in the background as you go about your internet goings-on. Running manual threat scans takes between five and 15 minutes to complete, and you shouldn’t have any trouble with playing around with basic protection features on computer or mobile versions.

What is McAfee?
McAfee is a global security company based in America. Despite some name changes over the years, McAfee has been around since 1987 and is renowned for software security solutions for computers and mobile devices.

Very effective at blocking threats but still a step behind the competition.

In recent real-world threat protection tests from the respected analysts at AV-Comparatives, McAfee had some promising results when it came to the main function of its antivirus. It blocked 96.1% of the tested threats, with only 1.1% threats and 2.8% user-dependent threats let through. McAfee also reported a low number of false positives (four). While those numbers are impressive, McAfee is behind Norton and Bitdefender (both blocked 100% of threats) as well as AVG, Avast and Kaspersky (all blocked 99.4% of threats). Check out the full scores below.

AV-Test tests a little differently across PC, Mac and Android platforms (not iOS, unfortunately), and grades antivirus providers from zero to six across protection, performance and usability metrics. The latest versions of McAfee were recently tested by AV-Test on Android and Windows, and McAfee earned an almost-perfect scorecard. Android was slightly lacking for protection, with a 5.5 rating instead of the sixes everywhere else. Check out how McAfee fares in comparison to other close competitors on the AV-Test scores below.

At the time of writing, the Real-World Protection Test Feb–Mar 2022 was the latest analysis available from AV-Comparatives, while it was a mix of March and February 2022 tests for AV-Test

Some great advanced features, though parental controls are paywalled.

When you pay for a reputable antivirus service these days, you can safely expect that it’s built to handle both viruses and malware. Given the rising subscription costs, though, it’s also great when an antivirus service offers more security add-ons.

McAfee antivirus bundles a bunch of great extra features. It starts with a nonintrusive firewall and digital file shredder, then extends to handy features like a web protection and the option to monitor up to 10 email addresses for identity threats. There’s an unlimited VPN for up to five devices, but we wouldn’t recommend the McAfee VPN over some of other best VPN picks.

All of these features are available across versions, including McAfee Basic, but parents may be tempted to pay extra for McAfee Premium to access parental controls.

Is McAfee antivirus software worth paying for?

McAfee is a solid place to start if you’re happy to go with the 30-day trial to see what the antivirus fuss is all about. For those who do go on to pay, you’ll receive respectable real-time threat protection that’s not as flash as competitors, but there are some great advanced features that help boost the overall value.

Here are the most frequently asked questions about McAfee antivirus
Yes, McAfee is a good antivirus program and, in terms of its advanced features, it’s great in some areas. That said, there are alternatives like Norton or Bitdefender that offer better real-time threat protection.
While McAfee and Norton scored identical reviews for us, we think Norton has the edge because of its superior real-time threat protection. McAfee has a longer trial, though, that doesn’t require payment details.

No, unlike other antivirus services, there isn’t a fully free version of McAfee. That said, there is a 30-day trial.