Fitbit is back, but don't expect it to sell you a Pixel Watch in disguise just yet.

Fitbit fans finally have something new to be excited about, with the company announcing a trio of new wearable devices ahead of the holiday season.

It's been about two years since Fitbit's last lot of wearables, and the new Fitbit Sense 2, Versa 4, and Inspire 3 represent the first new Fitbit hardware since the company was acquired by Google in 2021. However, despite the change in ownership, the new wearables are mostly what you'd expect.

The first cab off the rank here is the Fitbit Sense 2. Fitbit's priciest smartwatch still bills itself as the company's smartest health tracker yet, with a new Body Response sensor that's seamlessly integrated into the display and used to track the daily stress levels of the wearer. Like its predecessor, the Fitbit Sense 2 is water resistant up to 50 meters and boasts up to 6 days of health tracking on a single charge.

Next up, there's the Fitbit Versa 4. The Versa line has always been framed as a more mainstream smartwatch, and the new model looks set to ink another chapter in that tradition. The fourth-generation Versa smartwatch is thinner and lighter than the Fitbit Versa 3, but comes with the same six days of battery life on a single charge.

Finally, there's the Fitbit Inspire 3. The cheapest of the three new devices, it's more fitness tracker than smartwatch. However, relative to the conservative changes seen with the new Versa 4 and Sense 2, the Fitbit Inspire 3 boasts much more significant upgrades over the previous generation. Where the Inspire 2 was built around a monochrome LCD display, its successor offers up an OLED one with full colour.

Despite the slimmer build and smaller screen, the Fitbit Inspire 3 boasts many of the same health-oriented inclusions as that of the Versa 4 and Sense 2. Those looking for a cheap gadget that can handle activity, heart-rate, sleep and stress tracking will likely find exactly that with Fitbit's third-generation Inspire wearable.

In Australia, all three devices can be preordered from today and are expected to land in retailers towards the tail-end of September. The Fitbit Versa 4, Fitbit Inspire 3 and Fitbit Sense 2 all come bundled with a six-month subscription to Fitbit Premium. Once your free trial is up, Aussies are looking at either $14.99 per month or $129.99 per year to stick with the service. 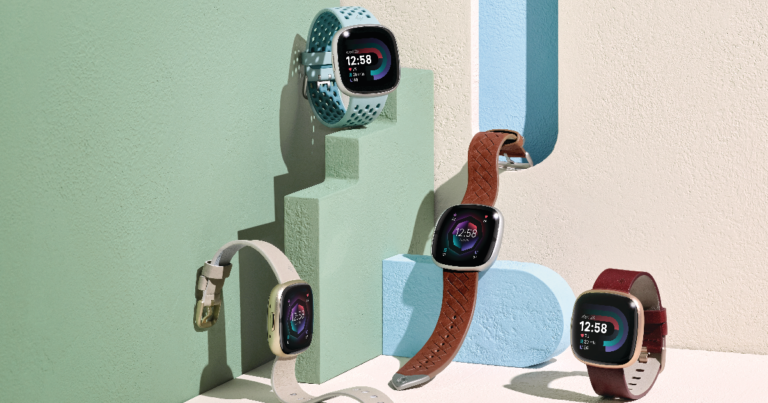 Those hoping to see Fitbit's fall lineup make the jump to Wear OS will be disappointed to see that the Fitbit Sense 2, Versa 4 and Inspire 3 all still run on Fitbit's own proprietary operating system.

The upside of this is that most of the software features found in earlier iterations of the Sense, Versa and Inspire remains intact here, including as Amazon Alexa integration and support for mobile payments via Fitbit Pay. Fitbit are bumping the number of workout modes up to forty this time around, with HIIT, weight lifting, CrossFit and dance among the list of additions.

There's no confusing this latest line of Fitbit wearables with the upcoming Pixel Watch. That said, the new wearables are expected to gain access to select Google apps like Google Wallet and Google Maps sometime in the future and the new Fitbit Sense 2 and Fitbit Versa 4 rock a redesigned interface that seems to be inspired by the one found in modern Wear OS devices.

How much do the Fitbit Inspire 3, Fitbit Versa 4 and Fitbit Sense 2 cost in Australia?

In Australia, pricing for Fitbit's fall line-up stretches from $179.99 to $449.99. Exact local pricing for the Fitbit Versa 4, Fitbit Inspire 3, and Fitbit Sense 2 is as follows:

All three wearables are available to preorder from today via Fitbit.com and are expected to arrive of a launch on the 29th of September.