What is WiFi calling?

WiFi not required to dial in for this answer.

Smartphones are incredibly intelligent devices, hence the name, but they can also be incredibly temperamental when it comes to connectivity. Shifting between different network types and in and out of coverage can make calls drop, while buildings or even the home basement can become blackspots that make the task of making calls trickier.

Thankfully, WiFi calling can help with some of that. 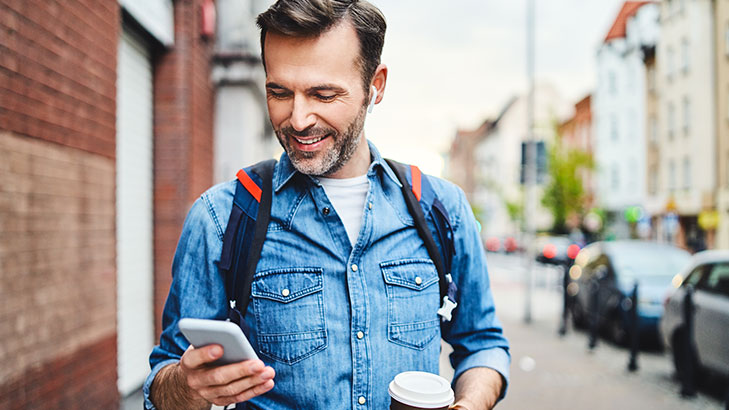 What is WiFi calling?

Unlike other tech things, WiFi calling has an incredibly self-explanatory name: the feature lets you make and receive calls over WiFi instead of the mobile network. This means you’re effectively using your home internet connection for calls (NBN or otherwise), which can come in handy if you’re in an area with spotty reception.

Better yet, WiFi calling works with any WiFi network, including if you’re overseas (a good way to dodge data-roaming charges for making/receiving calls to/from Australia) at least for Telstra customers, but this feature isn’t available with providers like Vodafone. Aside from the extended-coverage perks, the right compatible device may also mean higher-quality calls, plus you can expect seamless call handover when shifting between mobile network and WiFi calls.

Best of all, WiFi calling doesn’t incur any extra costs, and it’s estimated to only use around 45MB of data per hour, so you shouldn’t need to factor it into your home internet data (especially if you have an unlimited-data NBN plan). Bear in mind that if you’re calling a landline number, you need to include the state-based area code to successfully connect with a WiFi call. Outside of that, as long as you are connected to WiFi, even if it’s a mobile WiFi hotspot, you can use WiFi calling under the right conditions.

It used to be that WiFi calls were the exclusive domain of the network holders, meaning you either needed a Telstra, Optus or Vodafone plan to take advantage of the feature. That’s changed a bit in recent times with Boost Mobile offering the feature for its prepaid plans via the Telstra network. Similarly, Optus offers WiFi calling to its customers and the customers of the Optus MVNOs for SIM Only and Postpaid plans. The only exception to that no-Prepaid rule on the Optus network is Gomo, which offers WiFi calling for its Prepaid plans.

Vodafone is similar to Optus in that it only offers WiFi calling to its SIM Only and Postpaid customers, and not on Prepaid plans. Currently, none of the Vodafone MVNOs we track in our database offer WiFi calling.

What do I need to make a WiFi call?

There are three key requirements of WiFi calling: a telco that provides the feature, a compatible smartphone and a WiFi connection. The last of those three requirements is the easiest and simply requires you to connect to a local network with your phone. You don’t even need a fancy app to get it going.

Having a compatible smartphone is critical, though, so use the lists below as a guide, but reach out to your telco if you’re unsure about your own handset.

You’ll need one of the following handsets if you’re with Telstra:

Optus has a more comprehensive list of supported handsets for WiFi calls:

Note that Optus has some disclaimers for its supported devices, such as needing iOS software version 10.3 (or later), Android phones need the latest Optus firmware installed, plus Android handsets should be purchased from Optus to be supported. You also want to sure your phone is enabled for 4G calls (or VoLTE calls), has up-to-date software, and has WiFi calling enabled.

Vodafone has an even bigger range of officially supported handsets for WiFi calling:

How do I enable WiFi calling on my phone?

For an iPhone, follow these steps to enable WiFi calling:

The steps are slightly different for Android phones:

Follow these steps again and disable ‘WiFi calling’ in the final step if you want to turn the feature off.

Below is a list of mobile plans that support WiFi calls from the eligible telcos in our comparison engine: