What’s the difference between postpaid and prepaid phone plans?

The difference is more than just when you pay.

The core differences between prepaid and postpaid mobile plans are simple. Prepaid mobile phone plans are bill-less options that are paid upfront via a recharge purchased in-store, online, or set up with auto-recharge. Postpaid mobile phone plans come with a monthly bill. Outside of this, prepaid tends to be cheaper because they are often bare bones plans with no extras or perks, while postpaid tends to bundle better overall value into its monthly fee.

Every month, we make our recommendations for the best prepaid mobile plans, best SIM-Only plans, and even a page dedicated to the best mobile phone plans across a range of categories of interest.

But while terms like prepaid and postpaid are pretty self-explanatory on the surface, there are some key differences between them.

Prepaid plans used to be considered the sole domain of students and seniors, primarily because it’s a budget-friendly payment system. As the name suggests, prepaid mobile plans are paid in advance of usage.

This means prepaid users avoid bill shock, but you have to stay on top of proactive payments in order to stay connected. Prepaid mobile plans tend to operate on a fixed recharge cycle, which can get confusing. Paying for an extremely short time (seven days) or really long time (six or even 12 months) is straightforward in terms of expectations, but paying for the more popular variant – a month – is where things get tricky.

For example, Felix Mobile lets you pay for an actual calendar month, which is how postpaid operates in terms of its monthly billing cycle. That’s not the norm, though, with other prepaid telcos tending to favour the interpretation of a month as either 28 days or 30 days. Despite the difference of two days, it means you should expect to recharge 13 times a year for a 28-day prepaid plan and 12 for a 30-day prepaid plan.

The biggest pro is the tendency towards no contract, even if perks outside of international calls and data rollover/sharing are the main kind of bells and whistles you can expect to find on prepaid mobile plans. Still, unless you’re going for an incredibly cheap mobile plan, expect unlimited national talk and text as standard.

Prepaid plans are also a good option if you're travelling around Australia and need some short-term extra coverage, for instance.

Who are Prepaid mobile plans for?

Prepaid plans aren’t just for seniors and students these days. Anyone looking to benefit from predictable expenditure and who has a handset they’re happy with should consider the savings of a prepaid plan.

There are more dollars to be saved for longer prepaid commitments, too, if you don’t mind ponying up more upfront to not have to think about recharging for a while. You can check out the best 90-day, 180-day, and even 365-day prepaid plans here. 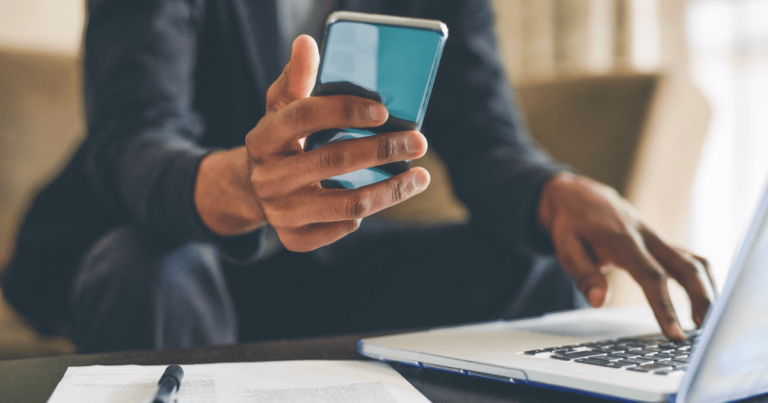 Already made your mind up about getting a prepaid plan? If you're looking for the best prepaid plans, then look no further.

It’s all in the title, really. Postpaid mobile plans are those ones that you receive a bill for at the end of the month, paying for your service retroactively rather than proactively.

What’s not as obvious is these plans tend to let you tap into some pretty special perks, including international calls, roaming bolt-on travel packs, data-free streaming services, and the option to pay off a shiny new handset like the Samsung Galaxy S22 or iPhone 13.

While postpaid used to be the domain of lengthy contracts, these days, contract-free postpaid plans are more common. The only proviso here is that you’re up for the remainder of the cost of a handset you may be paying off as part of a 12-month, 24-month, or 36-month repayment term.

All postpaid plans have unlimited talk and text as standard, which means you’re effectively paying for data and perks. Speaking of data, it resets at the end of a billing month on a postpaid plan. On top of this, depending on your provider, you may be automatically charged for any data used over your monthly allocation, or your mobile network speeds may be ‘capped’ (read: slowed) to significantly lower speeds for the remainder of the billing cycle.

Who are postpaid mobile plans for?

Postpaid mobile plans are a great option for people looking to pay off a mobile handset. There are also perks to factor in, which may include data-free usage of audio or video streaming services, reward points, or cheap international roaming.

As long as you’re disciplined with your data usage, postpaid plans are a great way to predictably track monthly spending. For months where you need more data, automated top-ups or even speed caps ensure you’re always connected.

If you're keen on the latest, shiniest handset with your plan, you can see below some of the most popular postpaid plans with the Samsung Galaxy S22 and the iPhone 13.

SIM-only mobile plans are a form of postpaid mobile plans. The big difference is, like prepaid, you need to bring your own handset, but you’re still paying a monthly bill after the fact.

Upfront customers will be made to pay their bill on the day their plan is activated, and then the cost of their plan will be direct-debited at the beginning of each month that they're connected. Prepaid-y payments aside, Upfront plans maintain most of the same perks that come with postpaid plans, including more data, data-sharing and better international call and text inclusions. International roaming and eSIM support are also on their way to these plans.

You can read more about Telstra prepaid plans right here.