Even though Wi-Fi 6 is still relatively new, there’s a Wi-Fi 6e revision and Wi-Fi 7 somewhere in the future.

There are many forms of Wi-Fi. Wi-Fi calling. Fon Wi-Fi. And all forms of Wi-Fi can benefit from a straightforward Wi-Fi speed test. Whatever you’re using Wi-Fi for, it’s a handy wire-free way to connect to the internet.

And while Wi-Fi may not be short for ‘wireless fidelity’ as it is commonly and erroneously believed, it is everyday shorthand for wireless connectivity. And while Wi-Fi 5 is still the norm—a wireless standard that was first released way back in 2014—Wi-Fi 6 and its Wi-Fi 6e revision were released in 2019. Scarier still, Wi-Fi 7 isn’t too far off, either.

Let’s take a look at how all of these Wi-Fi versions compare.

Before we get too far into the meat and potatoes of this Wi-Fi comparison, let’s start with the dominant form of Wi-Fi.

While it’s a user-friendly touch that Wi-Fi generations are backwards compatible—meaning Wi-Fi 6 routers can still work with Wi-Fi 5 devices (and below)—the ideal pairing is a latest-version Wi-Fi router or modem-router and a latest-version Wi-Fi device. For example, you’ll get the best speeds out of a Wi-Fi 6 smartphone connected to a Wi-Fi 6 router or modem-router.

With the theory out of the way, Wi-Fi 5 shows its age in terms of speeds, capable of maximum shared speeds between 433Mbps and up to 6.9Gbps. Wi-Fi 6 on the other hand, has speeds that start at 600Mbps and can reach up to 9.6Gbps. While it’s unlikely you’ll ever see these top-end speeds in real-world use-cases, the extra Wi-Fi bandwidth does tend to lead to better overall speeds for your wireless devices.

The other main perk of Wi-Fi 6 over Wi-Fi 5 is it allows for a lot more simultaneous connections, which makes it as handy an upgrade for public Wi-Fi as it is for smart homes with stacks of connected devices.

It’s a lot easier and cheaper to opt for a Wi-Fi 5 router and Wi-Fi 5 devices than Wi-Fi 6 routers and devices, but it’s worth investing in Wi-Fi 6 gear now to tap into potential speed benefits. If you’re in a home that uses NBN 250, NBN 500 or NBN 1000 connection speeds (or any equivalent form of internet), you should absolutely upgrade to Wi-Fi 6 networking equipment and devices to reap the full-speed wireless benefits.

There’s really only one big difference between Wi-Fi 6 and Wi-Fi 6e. While Wi-Fi 6 uses the familiar 2.4GHz and 5GHz bands, Wi-Fi 6e can use the newer 6GHz band. For a while there, it was uncertain whether Australia would get to use Wi-Fi 6e because the 6GHz band was unlicensed. Now that approval has come through, Wi-Fi 6e-certified devices are free to be sold and used in Australia.

There is a catch, though. While the older 2.4GHz band is slower than the newer 5GHz band, it has a greater reach: roughly 30 metres compared to the 10 metres of 5GHz. Because 6GHz operates at an even higher frequency than 5GHz, Wi-Fi 6e devices may receive faster speeds within about eight metres of a Wi-Fi 6e router, but speeds will drop off after that. Also expect more of a speed impact for any object that the signal passes through, including walls, floors and ceilings.

As noted by Cybershack, the Australian Communications and Media Authority (ACMA) has approved a lower end of the 6GHz band compared to the US: 500MHz vs 700MHz. The ACMA has also limited the Wi-Fi 6e transmission strength to stop it from extending outside the home.

While Wi-Fi 6 routers are relatively commonplace these days, Wi-Fi 6e routers are still newer and harder to find.

Even early adopters keen to upgrade to Wi-Fi 7 should cool their jets because the wireless standard isn’t quite ready yet. In fact, you’ll likely have to wait until at least 2024 for a Wi-Fi 7 release date. Still, that hasn’t stopped the upcoming new Wi-Fi on the block from spruiking its speed potential.

Wi-Fi 7 is expected to hit speeds of up to 2.4Gbps per stream, which is double the 1.2Gbps on offer from Wi-Fi 6 and Wi-Fi 6e networking gear. It will also support one more operating channel (320MHz) as well as 2.4GHz, 5GHz and 6GHz Wi-Fi bands.

For an at-a-glance breakdown of all Wi-Fi standards to date, check out the table below:

Which Wi-Fi is best for me?

While we’re all for future-proofing tech, the reality is that a lot of homes can still get by on Wi-Fi 5 networking equipment. That’s because most homes in Australia can reach max download speeds of 100Mbps, which means the extra speed potential of a Wi-Fi 6 (or above) router or modem-router isn’t really necessary right now.

Couple that with the reality that local Wi-Fi 6 (and beyond) are only attainable with Wi-Fi 6-capable devices, and it’s less of an essential upgrade and more of a ‘nice to have’.

That said, if you’re in the habit of upgrading your devices every two to three years—particularly smartphones, tablets and laptops—you’re bound to start accumulating Wi-Fi 6 devices. These newer devices won’t reach full local-transfer speed potential with a Wi-Fi 5 router or modem-router.

Additionally, homes with Hybrid Fibre Coaxial (HFC) or Fibre-to-the-Premises (FTTP) with connection speeds above 100Mbps should consider upgrading their routers and devices to take advantage of the speed benefits. The other exception is if you’re in a home that has a lot of wireless devices; a Wi-Fi 6 router or modem-router is better at handling more local device connections than a Wi-Fi 5 networking device. 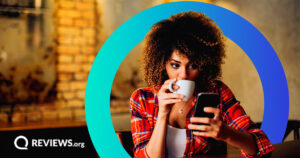