The Callisto Protocol is atmospheric as hell but also frustrating as hell. 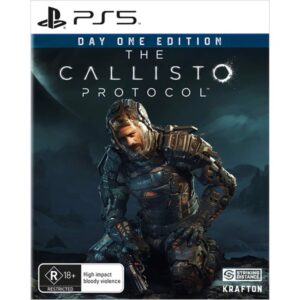 Very early on in The Callisto Protocol, a character describes the desolate prison-planet setting as a “dead moon”. And for a game not only inspired by Dead Space but also directed by Glen Schofield, one of the co-creators of Dead Space, why it isn’t called Dead Moon is beyond me. And I honestly can’t tell if that line at the beginning of the game, uttered by gaming legend Sam Witwer, was self-aware. Then again, a lot of things confuse me about Dead Moon, uh, The Callisto Protocol.

Admittedly, that nothing title—which really only starts to make sense in the back half of the game—proves to be surprisingly fitting for a game that has issues stamping its anvil-weighted boots into the survival-horror space. Because it has boot-stomping enemies to get supplies, just like Dead Space. Still, it’s less a barely legally distinct take on Dead Space—though the shadow of “just make another Dead Space” looms large—and more a smattering of ideas. A bit of Dark Souls melee combat here. A smidge of The Last of Us stealth-lite there. And a dash of Control on top.

A bit of Dark Souls melee combat here. A smidge of The Last of Us stealth-lite there. And a dash of Control on top.

Unlike Evil West, which felt like it was parroting for referential points rather than attempting to build on top of popular contemporary gaming tropes, The Callisto Protocol tries to build upon its inspirations. Okay, let’s call it TCP from now on for shortsies. We’re all survival-horror friends, after all.

Instead of the limb-dissecting focus of Dead Space, there’s a surprisingly heavy emphasis on melee combat in TCP. Even with sharper infected-smashing sticks, regular foes take more than a few swings to fell. You can block, but you really shouldn’t because you still lose some health. It’s much easier to dodge which, both surprisingly and refreshingly, isn’t tied to timing windows.

Just hold strafe left or right when the enemy swings and main playable bro Jacob will deftly dodge in a way that’d make even a sci-fi Muhammad Ali proud. The layer of complexity here is that sometimes enemies combo melee attacks, and you have to alternate between left and right dodges to avoid the damage. Alternatively, hit them before they hit you to interrupt the attack. So far, so good.

The thing is, that last bit of offensively defensive wisdom isn’t always true. Enemy attacks appear to have timing windows in TCP, which lure you in with the chance of interruption, only to slap you down with an enemy strike that comes after you’ve hit them. Later in the game, a successful dodge animation is sometimes met by a gruesome death. Okay, so for the most part, they can hit through interruptions. Not ideal but workable.

TCP is telling you to dodge first and strike back later. Then it adds to the combat loop by tossing in ranged weapons. Playing on normal difficulty, it’s less that TCP is stingy with ammo (at least not in the first half) and more that it’s positively miserly when it comes to inventory space. Ammo stacks in one slot to a conservative point but you only have six slots initially to spread across ammo for a couple of different guns, health, saleable collectables and recharge batteries for the very cool, extremely powerful telekinesis abilities. 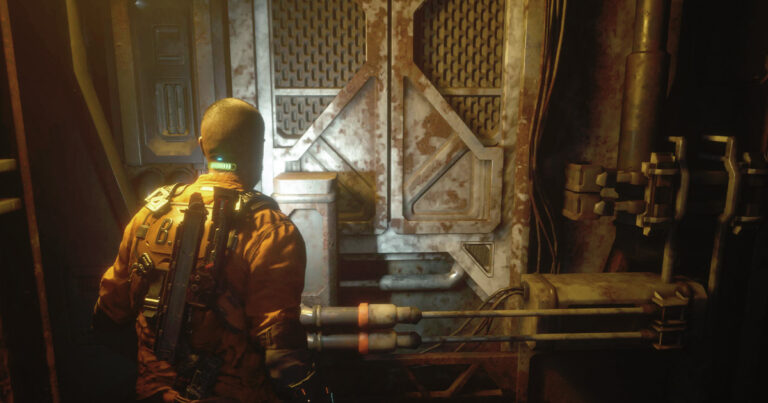 In fairness, this limited space is backed up by Jacob’s character design. He starts off as a hapless prisoner and, when the mutated brown stuff hits the fan, he spends half the game rocking those dud duds. There’s not really anywhere for him to stash stuff, and this is reinforced by the weapons stored on his back. Those weapons aren’t terribly quick to whip out, mind, and swapping weapons is painfully slow.

Like Control, TCP has leant into the ‘one gun, many functions’ logic. While Control effectively uses “because magic” as a way of facilitating immediate weapon swaps on a single gun, TCP takes more of a realistic approach. Jacob keeps the handle and slides out the receiver for a different gun. It’s a narratively appropriate inclusion but it’s a nightmare for gameplay.

And while you get a second gun chassis later in the game, allowing you to at least practically swap between two ranged options, it starts to shine a light on the holes that’ve been shot through the combat loop. That actually starts with the reality that the limited arsenal has doubles: two pistols and two shotguns. Additionally, while melee is king, TCP doesn’t really have any viable crowd control options. Nor does it easily let you disengage and re-engage.

This seems to be the reason why combat encounters early on are limited to two or three combatants max. That opens up in the second half, which is great on paper in terms of gameplay escalation, but TCP has a God of War-tight third-person camera to contend with. Bashing at an enemy will mercifully soft lock onto them, but then you can’t keep track of the threats behind you. At least God of War had a 180-degree spin and area-of-effect attacks to somewhat mitigate this frustration.

Those combat holes seem tiny in comparison to the Titanic-sinking cracks that appear during boss battles. Pluralised “battles” is actually generous there, because there are really only two: one that’s repeated twice (albeit with at least a couple of different phases) and another that’s repeated a handful of times. 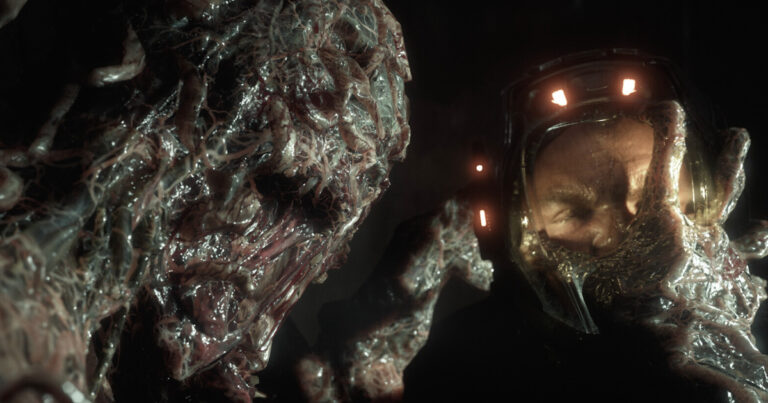 Initially I thought TLC had done away with boss battles entirely, but they appear in the back half of the game. Bosses one-hit kill you and tank damage, which is fine on paper. The big issue is the way to beat them is to hold dodge when they melee attack. Fire a shot. Dodge again (not even necessarily the opposite direction). Fire a shot. Repeat until boss is dead. Bad luck if you run out of ammo and have to switch guns. And even reloading is painfully slow because of how easy it is to inadvertently interrupt.

Not only is Jacob incapable of spinning on his heels to get space, you also learn to never rely on sprint. There are sections where it feels like it’s been accidentally disabled, which isn’t the worst thing because exploring this hellish sci-fi space is genuinely immersive and oozing with skin-crawling atmosphere. But in a group fight or a boss battle, it becomes a big problem. Worse is the terrible checkpoint system, which seems to actively punish exploration and kicks in at illogical spots. You can’t even manually save scum around it.

It's not really worth going too deep into the story because it’s quite generic and will feel very reminiscent for Dead Space fans. While the dialogue bounces between serviceable and on the nose, there’s a compelling mystery at the heart of the game and some effective narrative beats. The highlight of TCP is the art design of this overrun space locale, plus the actors do a good job with what they’re given.

While it is gorgeous at 4K the PC port feels terribly optimised, regularly dropping from impressive frame rates to unplayable, mercifully during what feels like invisible loading sections so it never impacted gameplay for me (except for the final boss battle). Still, performance this shoddy on an Nvidia GeForce RTX 4080 is disappointing. 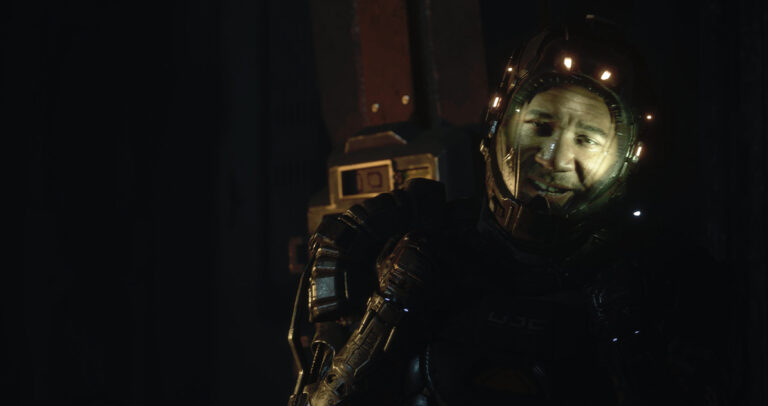 I was more into the first half of TCP than the second. The latter half made me realise I’d been making excuses for the game, letting the frequent immersion and spine-chilling tension excuse issues with the core gameplay loop. It wasn’t until that first boss fight, after an intense and satisfying stretch of gameplay, that all of my initially mitigated criticisms boiled to the surface. I was forced to admit that TCP drops the ball on the all-important combat front.

That’s a real shame because there’s a lot of love here and with a more fully fleshed-out combat loop, TCP could be something truly special.