The best got better. 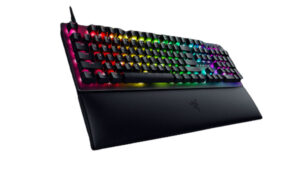 There’s a wealth of gaming peripherals out there across key categories. So whether you’re after a wireless gaming mouse, a pinpoint-accurate gaming headset or a competitive gaming keyboard, there are a wealth of options to meet all budgets. 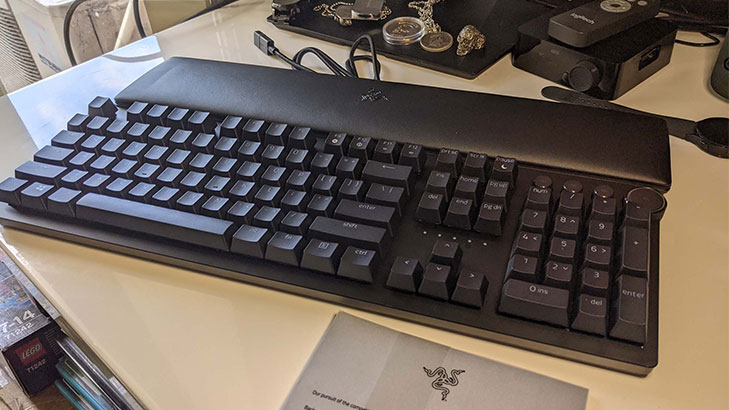 The Razer Huntsman Elite V2 is geared towards gamers who don’t mind spending more on their peripherals. And while that price may deter some and is likely too high to tempt original Razer Huntsman Elite owners into upgrading to the V2, this is a gaming keyboard investment that is incredibly rewarding out of the box.

Whether you’re banging out messages or A-D-A-D dancing in the latest first-person shooter, the Razer Huntsman Elite V2 is a faithful fragging companion. It offers a viable competitive edge in twitchy online shooters albeit not at the expense of loud or laboured everyday use, plus the refined media controls are a nice touch. It’s just a shame that the refinements didn’t lead to the inclusion of USB or audio pass-through, while those who were hoping for dedicated macro keys will also be disappointed.

How much does the Razer Huntsman Elite V2 cost in Australia?

You’re looking at a steep RRP of $344.95 for the Razer Huntsman Elite V2 Optical Gaming Keyboard with the red linear switches, which I was sent to review (the purple clicky version is $324.95 RRP). At the time of writing, there wasn’t a massive saving to be found from other outlets, as you can see in the table below.

The Razer Huntsman Elite V2 comes with everything you need to get going out of the box. Outside of basic documentation, the keyboard has a fixed USB-A cable for connecting to your PC. There’s also a detachable wrist rest. 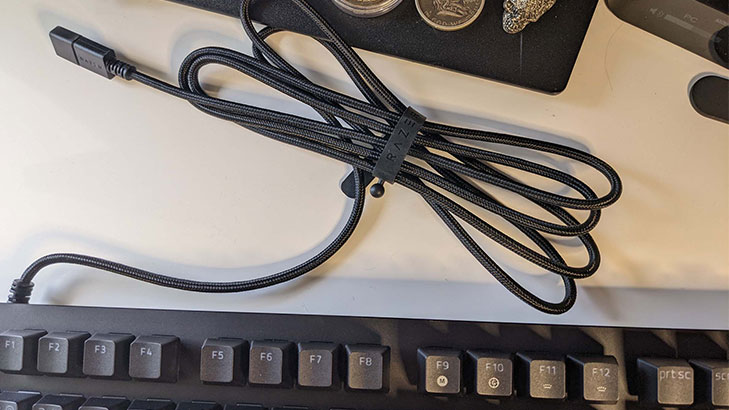 Compared to its predecessor, the Razer Huntsman Elite V2 is more evolution than revolution. The main con is still that there isn’t any USB or audio pass-through and dedicated macro keys still aren’t here either. Granted, these aren’t essential, but they are handy for gaming keyboards at this price point. If you want USB pass-through at least, look to the Razer Huntsman V2 Analog.

The other thing that’s missing depends on how much you care about RGB lighting. While the original Razer Huntsman Elite had RGB lighting for its detachable wrist rest, this is absent from the V2. I’m not a big fan of RGB lighting, so this isn’t a loss for me, plus it also means you don’t have to deal with finding a second USB-A port to power the lighting, with the V2 down to a single USB-A connection.

Additionally, I’m glad Razer has kept the dedicated media controls above the numpad, which helps to transform the V2 into an effortless typing companion.

Despite the different feel, I immediately felt at home typing on the V2, and the only thing that felt odd was the stiffer media controls. The play/pause, skip forward and skip back buttons are the same size and are in the same spot, but the rejigged volume dial/mute button is bigger and easier to use (especially for larger hands).

I also appreciate the improved detachable wrist rest, even if initially I was concerned it wouldn’t be as comfortable as the original, thicker version. While it’s thinner and lighter than the original one, it’s even easier to attach and detach. The soft leatherette padding also extends over the top of the wrist rest, rather than having a plastic bezel around the edges. On the original version, I’d occasionally pinch my wrists on the plastic part but I haven’t had any issues with the V2.

One of the big bullet points for the V2 is its 8000Hz polling rate, which is the same as the Razer Viper 8KHz. For me, though, the difference between 1000Hz and 8000Hz doesn’t feel as impactful on a keyboard as it does with a mouse. It’s part of a trend among peripheral manufacturers right now, and while the difference may not be felt today, the V2 is effectively future-proofed should such features become more pronounced down the track.

In terms of specific gaming tests, whether you’re taking names in Battlefield 2042, hunting Spartans in Halo Infinite, flanking squads in Hell Let Loose or strategising in Desperados III, the Razer Huntsman Elite V2 didn’t skip a beat in any of my tests. The short per-key actuation point and light actuation force required to register a keystroke will take some getting used to if you haven’t used the Razer Huntsman Elite, but these perks translate to a competitive advantage. 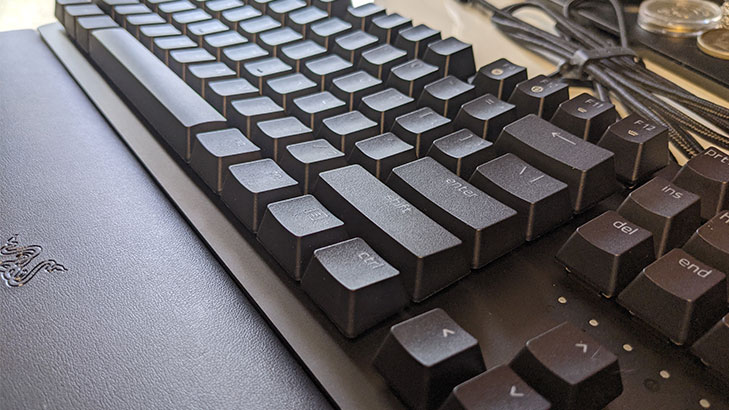 Is the Razer Huntsman Elite V2 worth it?