The Razer Viper 8KHz review is so far ahead of the polling-rate curve, it’s an investment in future mousing. 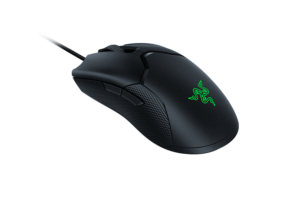 Whether it’s partially psychological or full-blown technical wizardry, the Razer Viper 8KHz is without a doubt the smoothest and most responsive gaming mouse I’ve used, to date. While every other gaming mouse on the market currently taps out at a 1KHz polling rate, the Viper 8KHz gives you the option to double, quadruple or even octuple the polling rate.

This means the frequency of data updates for the mouse can be sent to your PC up to eight times faster, with the theory being this gaming mouse registers movement faster and more smoothly which, coupled with incredibly low click latency, offers a competitive edge where it matters most: in online gaming.

For the most part, the Razer Viper 8KHz is an excellent gaming mouse, let down by a few key things. The middle wheel can’t be clicked for infinite scroll (in fairness, a familiar missing perk for many gaming mice), plus it’s a little too sensitive for heavy rollers like me, which can easily lead to accidental clicks. Razer continues to place the sensitivity-cycling button on the bottom of the mouse, rendering it unusable mid-firefight, unlike its competitors. On top of this, there are some game as well as potential hardware compatibility hiccups that hold back the Viper 8KHz from being an essential competitive purchase today.

Great for lefties or righties

The future-proofed pricing is right

Sensitivity button underneath the mouse 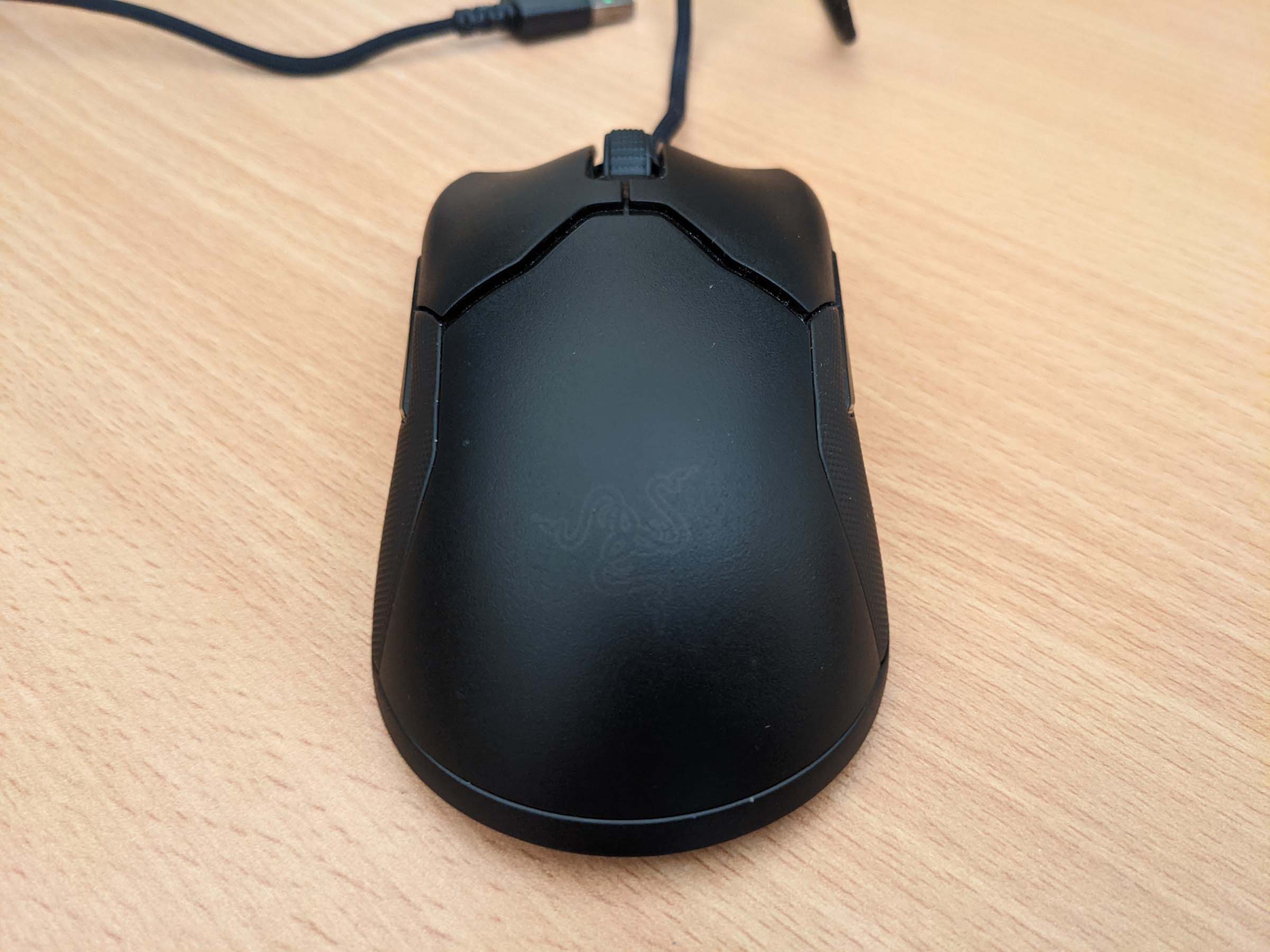 Here’s how much you should expect to pay for the Razer Viper 8KHz in Australia ($134.95RRP).

Data effective 2/7/2021. Offers and availability may vary by location and are subject to change.

A killer mouse with a tail for your online fragging tales.

The box for the Razer Viper 8KHz opens like a paper chatterbox to reveal the Viper 8KHz wired gaming mouse. I appreciate that Razer has also included a cloth storage/travel bag for the Viper 8KHz, alongside the expected basic documentation. 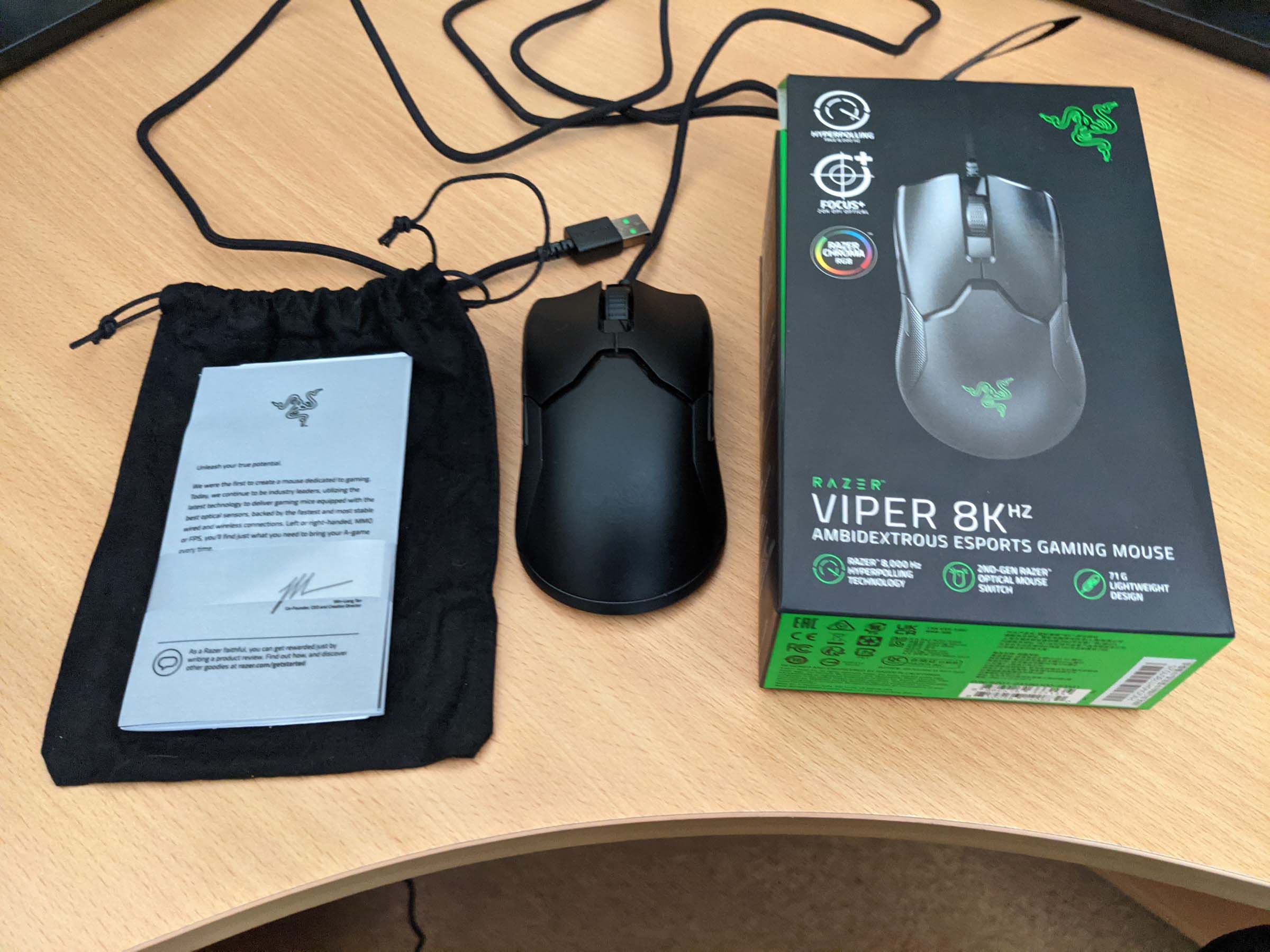 Definitely more a gaming mouse than an everyday mouse.

While it still worked, initially, I had issues getting the Razer Viper 8KHz to show up inside the Razer Synapse software, which is critical for tweaking performance and other settings. After following some support steps and repairing the Razer Synapse 3 installation, it finally showed up and I was able to tweak away.

By default, the Razer Viper 8KHz is set to right-handed use, deactivating two of the seven top-mounted buttons on the right side of the mouse body. Switching to left-handed mode is a single click away, plus you can click on any of the buttons to bind keyboard functions, mouse functions, and you can even reactivate those disabled side buttons if you figure you can use them with your ring finger or pinkie.

The ‘Performance’ tab is where you’ll find the key point of difference for the Viper 8KHz: namely, polling rate options that stretch up to the namesake 8000Hz. While 1000Hz is the standard, you can also find a midpoint between the standard and 8KHz extreme by opting for either 2KHz or 4KHz, too.

In terms of everyday use, I was initially frustrated by the Viper 8KHz’s mouse wheel. For starters, there’s no way to click it in for no-resistance infinite scroll, which is something that makes everyday mouse use easier. On top of this, if you’re a bit heavy on the scroll like I am, you’ll find it takes some time to retrain your usual scrolling pressure to not accidentally click the middle mouse button. On one hand, the responsiveness of this button is impressive, on the other it does limit both everyday and gaming tasks, depending on how much you rely on the scroll wheel. 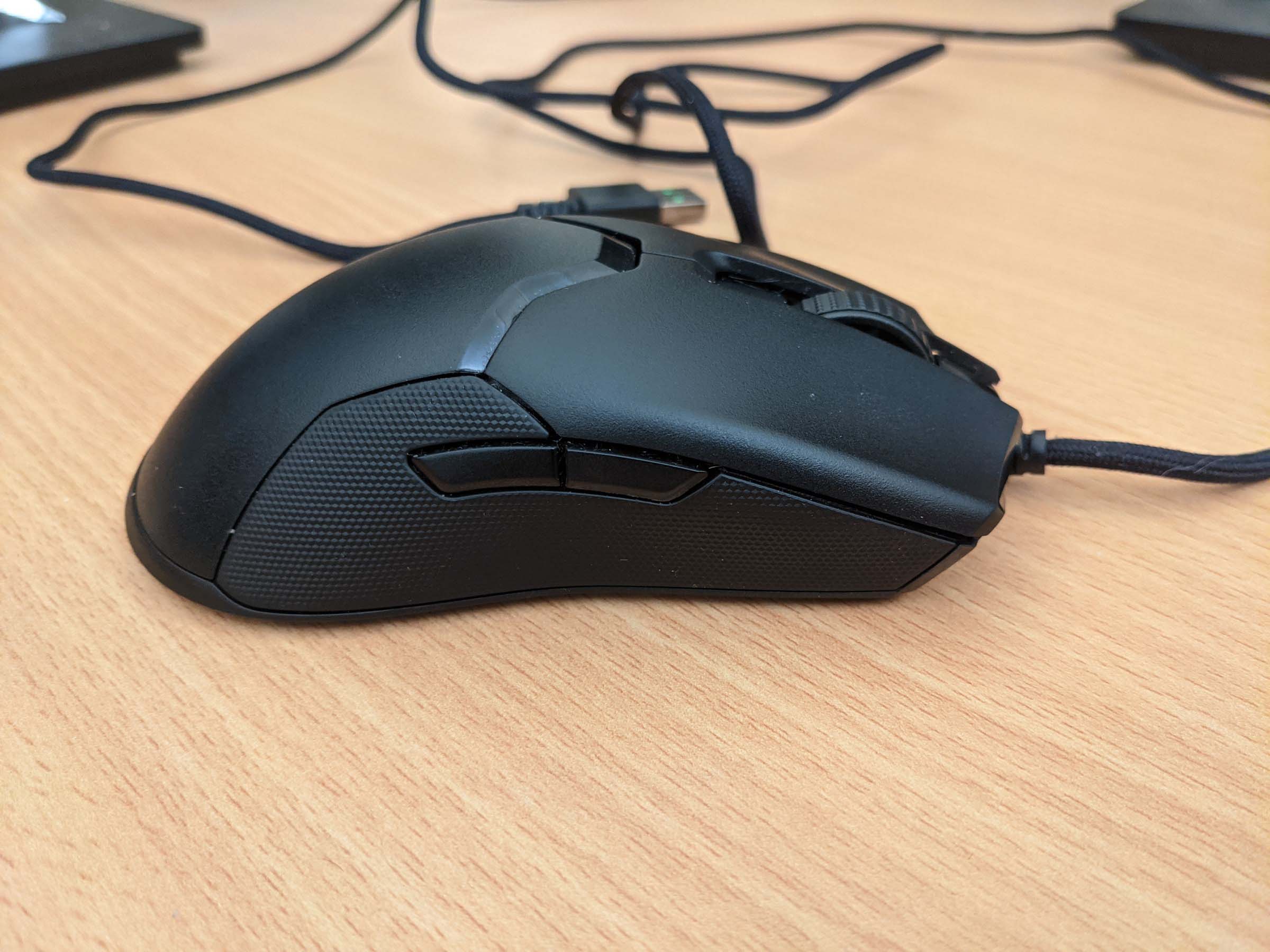 Let’s not mince words here: the main reason you want to buy a Razer Viper 8KHz is because you’re looking for a competitive gaming advantage online, most likely primarily in shooters. It just so happens that online shooters are my bread and butter, and my usual preference is a rotation of wireless gaming mice across the Razer Viper Ultimate, SteelSeries Rival 650 Wireless or the Logitech G502 Lightspeed.

Once you’ve had the realisation that today’s wireless gaming mice perform just as well as wired alternatives, it’s hard to go back. That said, the Viper 8KHz has two big reasons to consider going back to wired: that much touted 8KHz polling rate paired with a very reasonable RRP.

Set to 8KHz polling rate, there’s definitely a feeling of greater responsiveness. Now, I can’t tell how much of that is psychological, how much is cutting-edge tech and, ultimately, how much any tiny gains matter in the grander scheme of things. But I can tell you that as an older gamer whose reflexes are on the decline, I’ll take any millisecond advantage I can get when competing with younger gamers online.

The Viper 8KHz didn’t skip a beat in shooters like Call of Duty: Warzone and Hell Let Loose, which are two very different shooters that are unified in how they reward an accurate flick shot. Being able to accurately flick between targets is a staple of high-lethality shooters like Warzone, Hell Let Loose and Rainbow Six Siege, but the critical part of flick accuracy is a gaming mouse that you know consistently has your back. For these games, the Viper 8KHz is that mouse.

Even for other games I tested that are less reliant on flick shots, like Sea of Thieves, Dying Light, Dungeons & Dragons: Dark Alliance, Left 4 Dead and Age of Empires II: Definitive Edition, the Viper 8KHz proves to be a faithful gaming companion with accuracy and reliability you can constantly rely on.

If you’re interested in a deeper analysis of dots-per-inch (DPI) analysis from a seasoned hardware expert, check out Battle(non)sense’s video below where he puts the Razer Viper 8KHz through a very technical appraisal of its performance. 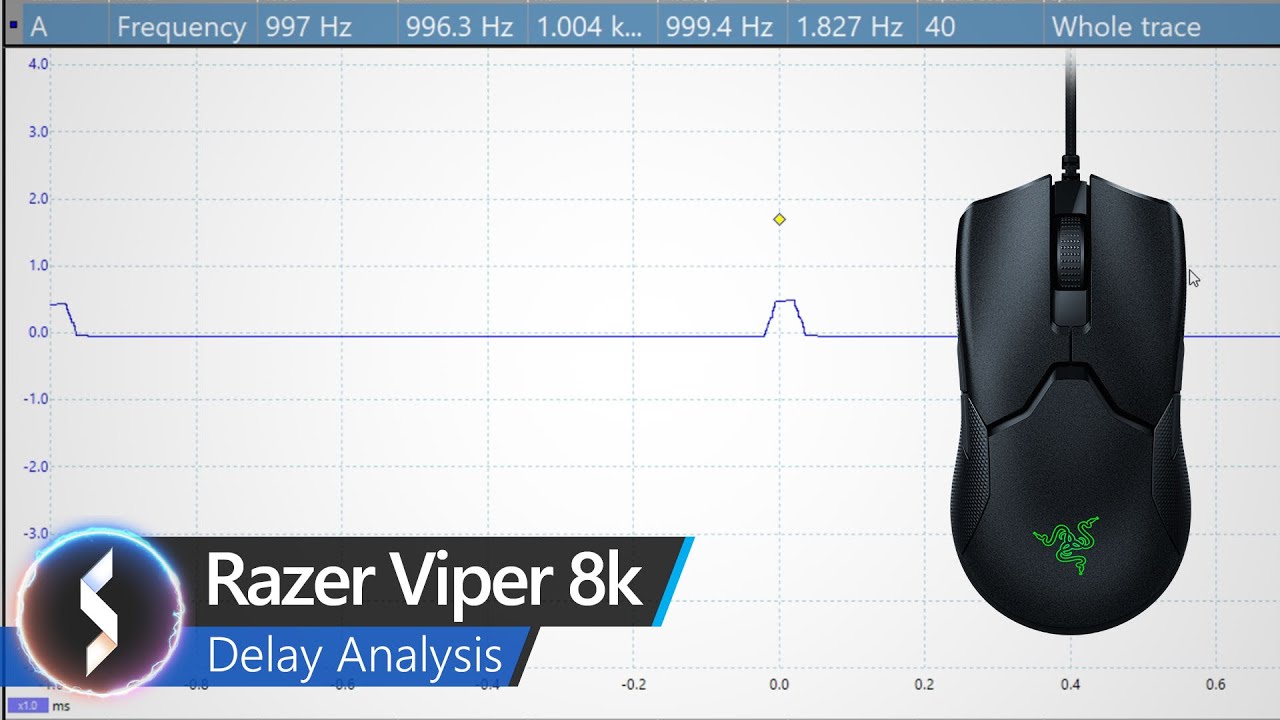 Fantastic in some games, less great in others.

It’s really weird to write about a gaming mouse in terms of compatibility because, frankly, like gaming keyboards and gaming monitors, there’s a usually safe expectation that these devices are plug-and-play peripherals. That said, I’ve been testing the Razer Viper 8KHz for weeks now, and there are certain games it just doesn’t play nice with.

The first game I noticed the issues in was Chivalry II which, at the time, I thought was an issue with the Nvidia GeForce RTX 3070 Ti graphics card I was reviewing. Both Chivalry II and Cyberpunk 2077 suffered the same issue: it would skip and drop frames to the point that the game was unplayable, seemingly dropping from a high and playable frame rate down to single digits or even entire freezes.

For Chivalry II, a game reliant on perfect timing for blocks and parrying, as well as threat management from 360-degree attack angles, this made the Viper 8KHz impossible to use at an 8000Hz polling rate. For Cyberpunk, while not as reliant on mouse accuracy, it was still skipping frames, which felt jarring. This only seems to impact faster mouse movements.

My experience isn’t isolated, it seems, and these are not the only games it impacts if this Reddit thread is any indication or if the Rocket Jump Ninja review (below) is also indicative of real-world performance. 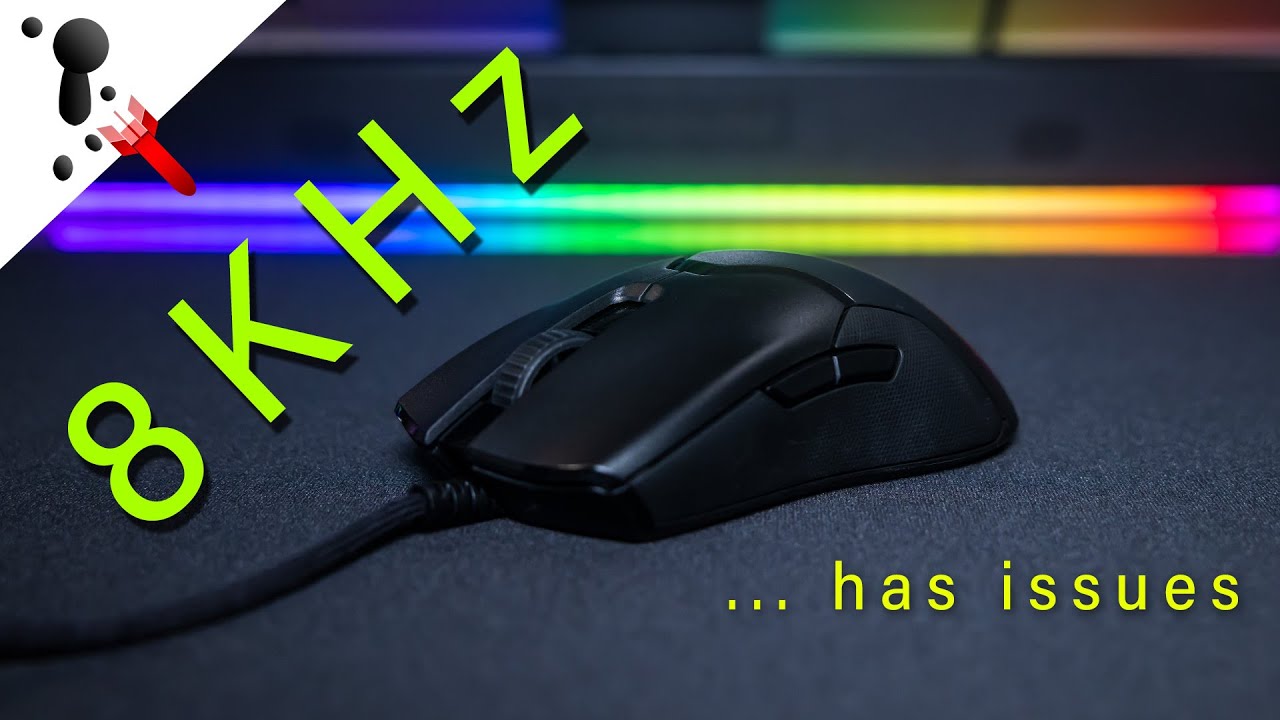 In fairness, I started to suspect that my PC may not be up to snuff, but there aren’t any PC requirements listed on the Razer website, so it’s difficult to tell if that’s the case. Also, it doesn’t make a whole lot of sense if 8000Hz works perfectly in some games and not in others. If you read into the Reddit thread or the comments in the YouTube video above, you’ll find that certain people aren’t having issues with particular games that others (like me) are having.

Either way, the fix (at least in my tests) is to drop the polling rate from 8000Hz to 4000Hz. While this is still four times the polling rate of competing gaming mice, it does still feel disappointing in the context of the mouse having “8KHz” in the title.

As you can see in the table comparison, while my CPU and gaming monitor (well, one of them) aren’t exactly new, they are both above the minimum requirement. The prospect of turning off G-Sync or FreeSync—smoothing technologies designed to remove jaggies on high-frame-rate monitors—to tap into 8KHz isn’t particularly appealing. That said, for the games where I didn’t have any issues, G-Sync was enabled.

Outside of this, there are only a couple of other minor differences. The Viper Ultimate weighs three grams more (74g vs 71g) and the launch version I have has a first-generation optical sensor instead of the second-generation sensor inside the Viper 8KHz.

If you’re in the market for a new wired gaming mouse, the Razer Viper 8KHz definitely has the right price tag, more so if you can pick it up for closer to $100 where it’s a bargain. The industry-leading polling rate is great for the games it works in, and still the best if you’re forced to halve it to 4000Hz for games that it doesn’t play so nicely with.

Ultimately, as noted in the Rocket Jump Ninja video above, shape, weight, size, and wireless considerations are all more important gaming mice considerations than a higher polling rate at this point in time. That said, if you’re eager to eke out any competitive edge you can get for online shooters, the Razer Viper 8KHz is well worth buying.