Given the pedigree of the creators, you’d assume you can expect Ghostwire: Tokyo to be a bone-chilling game. But you’d be wrong. 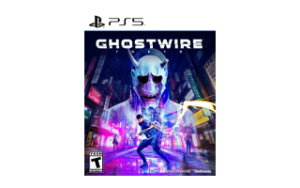 Quick verdict: Ghostwire: Tokyo
Ghostwire: Tokyo is a game that starts off strong with a beautifully realised setting, a ravaging supernatural mystery, and strong personal stakes. Tango Gameworks presents the right kind of unnerving backdrop, free to explore different gameplay pathways now it’s not playing in The Evil Within universe. But despite haunting supernatural designs, Ghostwire: Tokyo never properly ventures into horror territory, which is odd given the pedigree of the developer. While the open-world gameplay loop is quite compelling, the shallow finger-gun combat never really evolves, even after a couple of handfuls of unlocks.

The right kind of weird 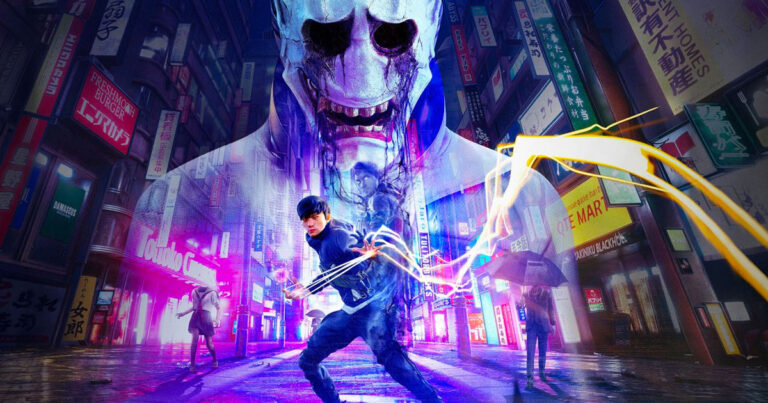 If you never owned an original PlayStation (like I didn’t), you may have never fallen in love with Resident Evil at its roots. As someone who cut his teeth on PC gaming, I’d always viewed Resident Evil as a rip-off of the original Alone in the Dark. My first entry into the land of Resident Evil was with the divisive Resident Evil 5 (which doesn’t hold a candle to Resident Evil Village), but after falling in love with the action-horror Dead Space—aka Resident Evil in space—I was very ready to see what Resident Evil creator Shinji Mikami could do to revitalise the survival-horror genre with The Evil Within series.

As it turns out, that was a mixed affair, too. While the gameplay loop was compelling and the often-cramped locations lent themselves to some genuinely scary moments, the lack of polish and some ill-advised trend following (rather than trailblazing) left a lot to be desired. The Evil Within 2 had an incredibly strong start but was at its best for me in the open hubs; still, there was some solid action-horror to be found in a sequel that elevated the franchise formula. 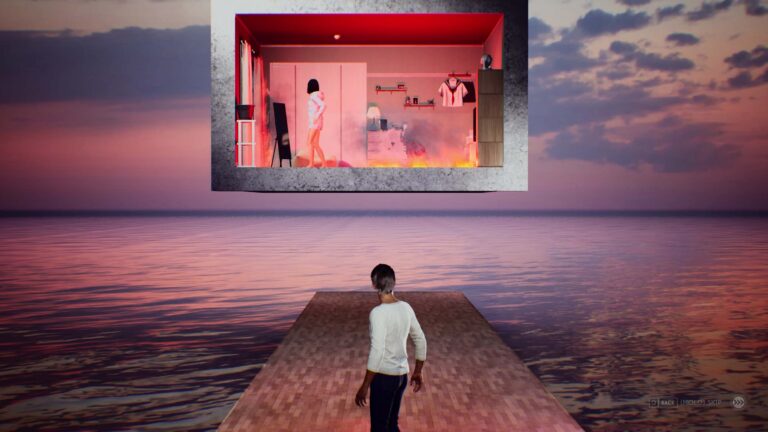 Now, instead of The Evil Within 3, Tango Gameworks is starting a new IP, but the confusion starts with the genre. Given Tango’s roots and the creepy game trailers, surely it’s safe to think that Ghostwire: Tokyo is a survival-horror game. But that isn’t the case. In fact, if you dig into the official store pages, you’ll find the word “action”—action-horror is a fair trade for survival-horror these days—but the word “horror” is nowhere to be found. And that’s mostly true of the game experience, too.

Ghostwire: Tokyo has an incredibly strong start with a War of the Worlds-like rapture that sees the streets of Tokyo littered with the clothes of a recently vanished population. Akito has been spared of this disappearing-act fate by the mysterious KK who now possesses Akito’s body, imbuing him with literal supernatural finger guns and the means to fight the many creepy creatures that stalk the perpetually rainy streets of Tokyo.

[The core combat abilities] are visually appealing but, unfortunately, the gameplay side is less so…

Out of the gate, Akito and KK are butting heads: KK wants to stop the mysterious masked invader who’s made Tokyo’s population vanish, while Akito wants to save his hospital-bound sister. An overarching mystery combined with a buddy cop-like setup, albeit with two characters in one body, sets up some great tension and stakes from the outset.

You’ll automatically unlock most of the core combat abilities early on in Ghostwire: Tokyo. They’re visually appealing but, unfortunately, the all-important gameplay side is less so. KK lets Akito use wind, water and fire abilities to attack all manner of creepy creatures which, the more you level them up, the busier the screen gets during the many action sequences.

Despite the horror look of the game, I found the combat to be a mostly relaxing and unchallenging affair. Normal difficulty has the right feel for enemy damage, both in terms of the damage they take and give, but when I dabbled in the hard difficulty, it almost entirely removed the damage feedback from the arsenal and fights became painfully elongated. 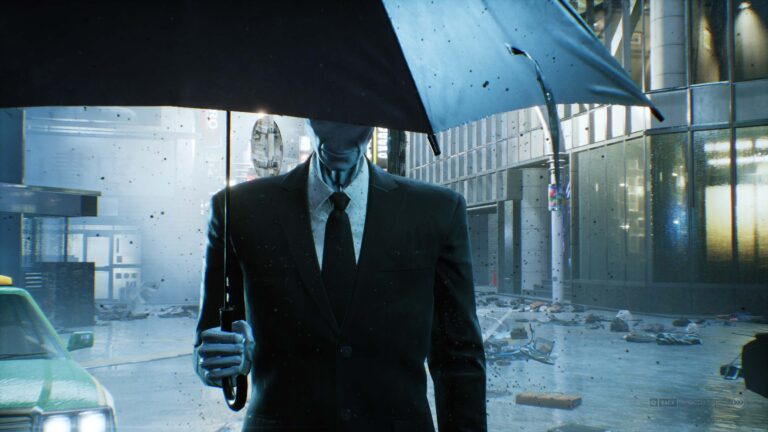 Levelling up your abilities and equipping passive perks like power-buffing beads does lead to better damage output later in the game, but combat still feels like a bare-bolts system that doesn’t evolve throughout. There’s a bow as well as the three elements, but that’s better left for the fleeting moments when KK’s powers are temporarily unavailable.

These sparse moments reek of missed opportunities, too, because the supernatural foes who were once easy to manage are now a lot more intimidating because of the slower firing rate of the bow, limited ammunition, and removal of abilities such as a way-too-handy wall-hack view of everything of importance (including enemies) around you. But these underpowered moments are few and far between.

The tougher enemies initially present a challenge, but once you figure out the best ways to handle them, they’re as easy to manage as the unthreatening peons. Boss fights, too, are an unchallenging affair, where the massive and imaginative design of the towering threats is at ends with how easy they are to dispatch, including the ones that don’t have glowing weak spots. 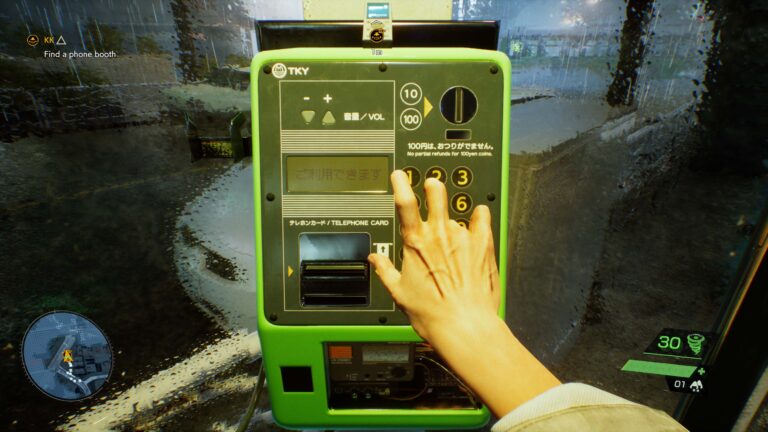 Once I got past the surprising lack of horror and embraced the more relaxed experience, though, I found most of my enjoyment of Ghostwire: Tokyo was discovered in its exploration element. As a semi-supernatural being yourself, you don’t have to worry about fall damage and are actively encouraged to explore the Tokyo rooftops. Some of the more interesting and entertaining moments are found in side missions, and there’s a real sense of satisfaction in the non-combat parts of box-ticking the open-world activities in Ghostwire: Tokyo.

But surely Ghostwire: Tokyo isn’t supposed to be a slightly less wet version of Abzû. If you don’t go into Ghostwire: Tokyo with the expectation that you’ll be scared, you likely won’t experience the jarring dissonance when the setting and the gameplay don’t ever really gel. There are creepy moments, but Ghostwire: Tokyo is ultimately best viewed as an action-adventure game that underwhelms on the action part but entices on the adventure portion.

Ghostwire: Tokyo is far from a terrible game, but it’s a shame that this beautifully haunted game world doesn’t offer more scares and doesn’t have more of an impact when you bash into the creepily designed creatures that go bump in the night. In terms of recent open-world games, Horizon Forbidden West has the better story and characters than Ghostwire: Tokyo, but Dying Light 2 has better gameplay and open-world exploration.

Fair warning, the video below is NSFW because of an abundance of blood and guts (but that’s the game).

The lack of viscera feels like an even bigger contrast to the shift from third-person perspective to first-person view for Ghostwire: Tokyo. That’s not to say that an action-horror game needs an R rating to effectively scare the pants off you. Still, if the lower classification was an intentional design goal, it does limit the horror potential and shutter off the potential for the horror that comes from blood and gore.

The bigger difference between the two series is that Ghostwire: Tokyo is an open-world game, whereas The Evil Within only had a couple of open hubs in its sequel. You’ll spend less time in cramped corridors in Ghostwire: Tokyo and more time outside, which gives you a much freer approach to combat, plus you can run away from most fights if you get overwhelmed.

If you’re coming to Ghostwire: Tokyo as a fan of The Evil Within games, temper your horror expectations. While Ghostwire: Tokyo definitely has the Tango Gameworks DNA, particularly in those iconic and impressive real-time rearranging levels, you’ll have to find that genetic material without an abundance of blood to mop off the walls. 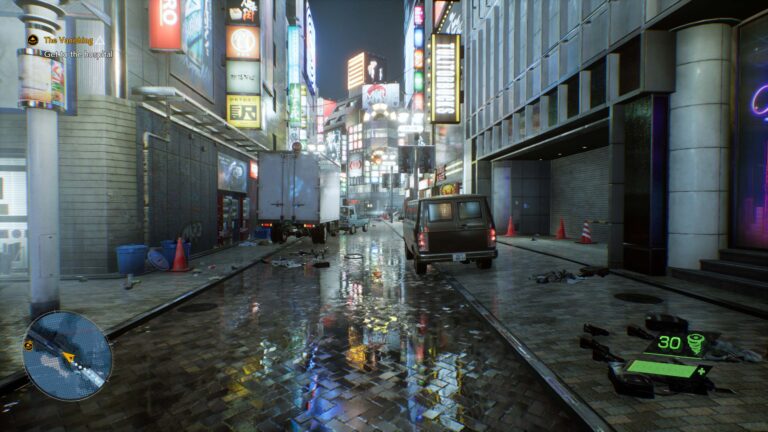 Here are answers to some of the most frequently asked questions about Ghostwire: Tokyo:

Ghostwire: Tokyo has a digitally distilled map of Tokyo that’s open to exploration, so long as you’ve cleansed the Torii Gates that remove the damaging fog. Once the fog is gone, you can freely explore at ground level or across rooftops.
Yes, but Ghostwire: Tokyo is a timed exclusive, which means Xbox players will likely have to wait until 2023 to play the game. That’s the bad news, but the good news is it will likely come to Xbox Game Pass now that Microsoft owns Bethesda.
While some Tango Gameworks fans may have been hoping for The Evil Within 3, Ghostwire: Tokyo is its own new IP, which stands apart from The Evil Within series. Rumour is it started out as The Evil Within 3, though. 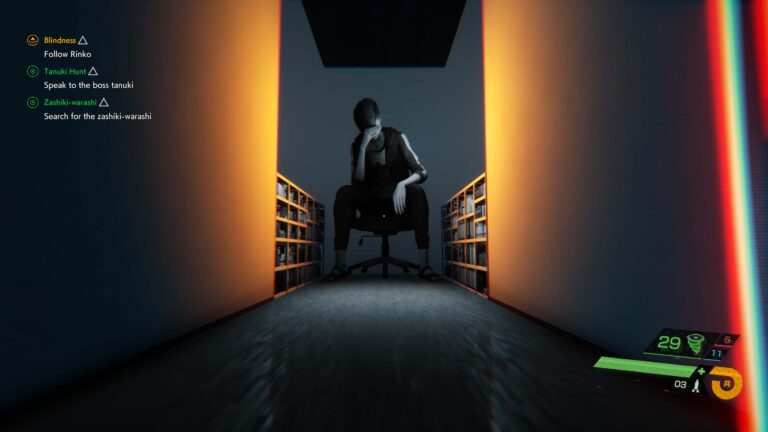 What are the PC requirements for Ghostwire: Tokyo?

Does Ghostwire: Tokyo have ray tracing and DLSS?

Yes, Ghostwire: Tokyo has ray tracing (on PC and PS5) as well as DLSS support on PC to help improve performance. It mostly ran like a dream for me at 1440p with maxed-out settings—my desktop PC has an i7-8700K (overclocked to 4.7GHz), 32GB of DDR 4 RAM running at 3200MHz and an Nvidia GeForce RTX 3070 Ti graphics card—except for certain areas (inside and outside) where performance tanked. I expect that will be fixed with post-release patches. Ray tracing, though, has a massive performance hit (around 30fps at 1440p) because of the sheer number of reflective surfaces.