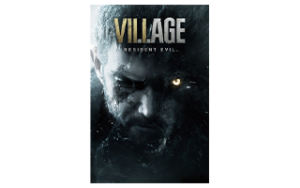 Resident Evil Village builds upon the tense gameplay of the first half of the preceding game, while still falling prey to some of the sins of its second half.

Resident Evil Village wastes no time getting into the meat of the compelling gameplay loop while also sinking its teeth into the hard-hitting storytelling and violence. It’s undeniably stronger in the first half, the boss battles start weak and get weaker with each encounter, and the last hour or so is jarring with what came before. Still, it’s incredibly compelling and tricky to put down for the most part.

Which came first: Resident Evil’s titular village or the village name because it’s a clever marketing ploy for fitting the Roman numeral for eight into a word? The answer is that it doesn’t matter. The village in Resident Evil Village is basically a character whose face, torso and limbs you unlock and run all over in your pursuit to find the lock for this latest gaping Pandora’s box.

Now, I’m no Resident Evil fan, which is to say I was very late to the franchise (Resident Evil V was my not-so-flash first entry), but I did love Resident Evil 7: Biohazard. Well, the first half. Except for the legitimately incredible ‘happy birthday’ sequence, the second half of Resident Evil 7 was a stark declining quality contrast to the skin-crawling tension of what came before.

While the first 50% of Resident Evil Village is stronger than the latter, it’s a far shallower decline in quality than the preceding game, dipping from intensely addictive to compelling but not as attention-grabbing as the beginning. Once again, you play as Ethan Winters and after a ‘these kids clearly aren’t alright’ opening, Winters’ comfy home life is turned cold when he comes to in a snowy village that’s light on humans and heavy on critters that want to bump you off in the night. 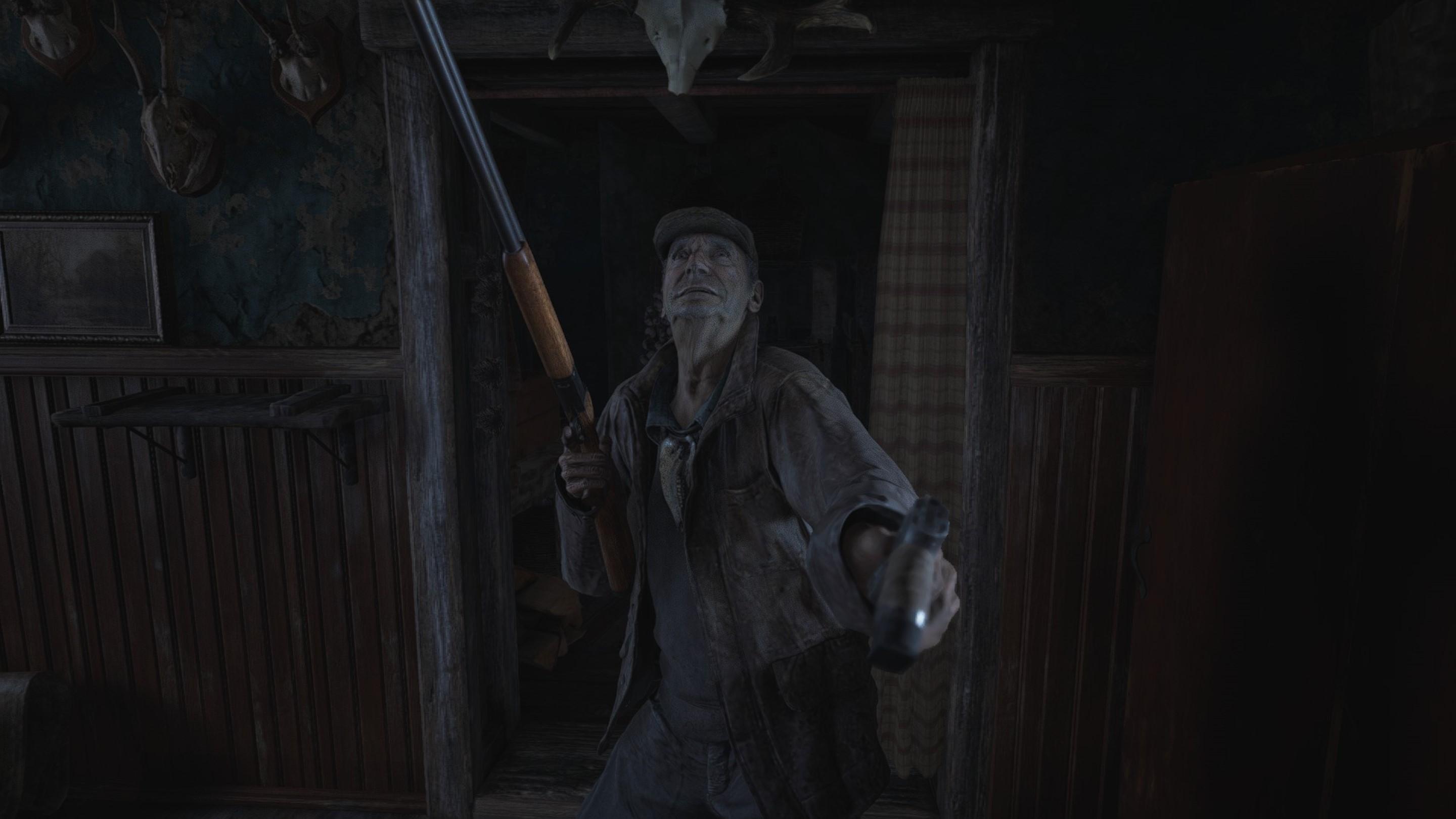 You start off incredibly underpowered with a pistol that’s about as effective as a Nerf blaster but, thankfully, there are upgrades to buy and more powerful shooters to uncover. Even certain fully upgraded weapons take quite a few shots to dispatch foes, particularly later in the game and in boss fights (of the mini and maxi variety), but this is closer to the armed powerlessness of Alien: Isolation than the feeling that you’re using an underpowered zero-rarity gun in The Division.

Ultimately, this lack of damage adds to the creeping tension and genuine horror that make for some of the Resident Evil Village’s most memorable moments. And by memorable I mean expect to see these terrors in your nightmare. I can’t give away specifics, but the second main section of the game expertly transmutes unnerving tension to full-blown horror with scream-out-loud effectiveness.

The resident Resident Evil Village vampire lady that the internet is going crazy over comprises the bulk of the first main part of the game, which amounts to a distillation and improvement of the better parts of the preceding game: tension, looting, puzzling and occasional fighting. Granted, most of those initial threats aren’t particularly threatening, but the Metroidvania approach to level design and unlocking more of the meta village map are highlights amid a good range of puzzles. 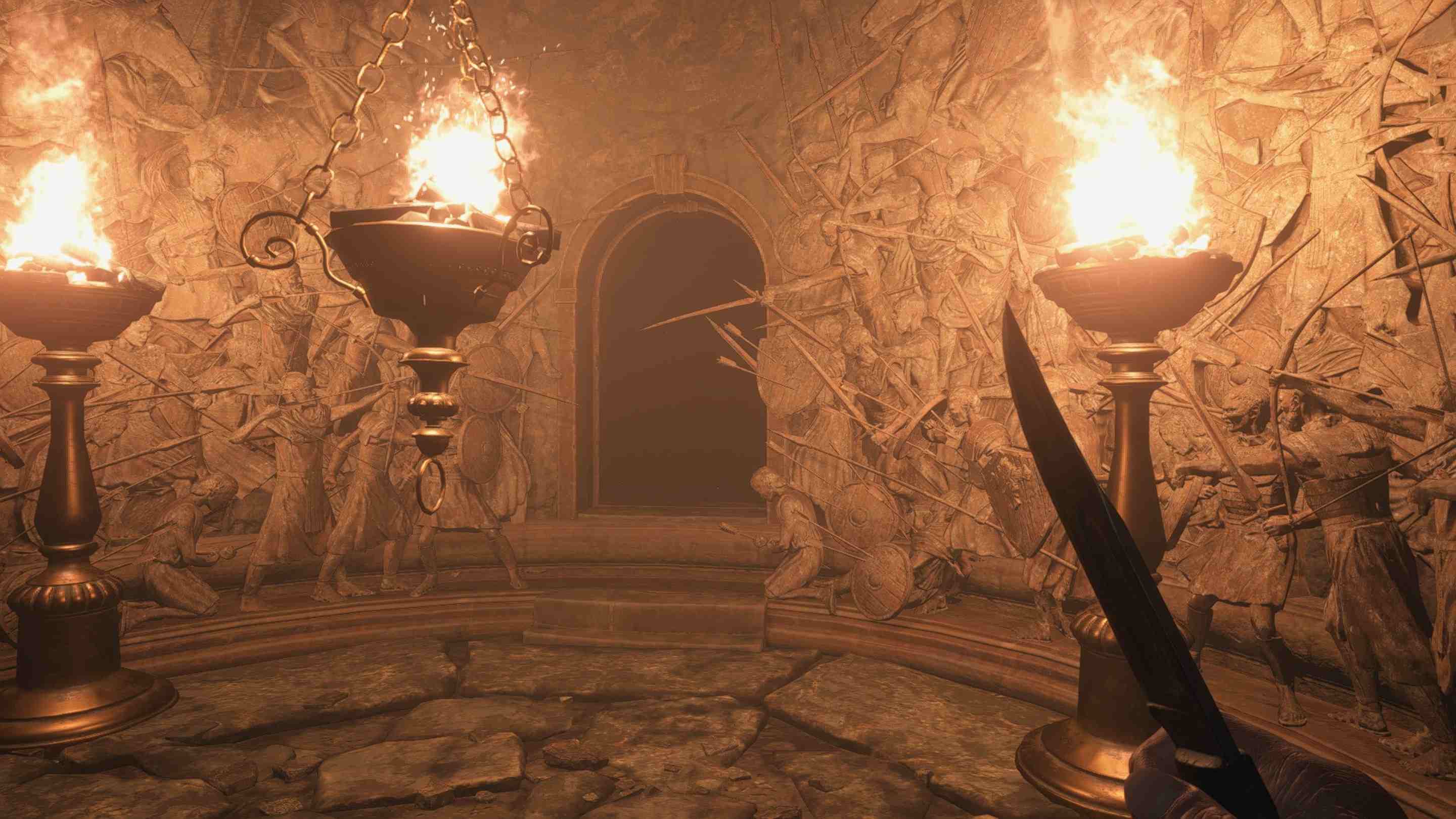 Those puzzles are sometimes artificially inflated in terms of difficulty because you can miss interactable items, which sometimes require very specific angles to interact with. This is made more challenging by the claustrophobic field of view (with no way to change it). That said, these detractors do make for brown-pants moments when you’re being chased and need those last few bullets to put a dogged pursuer down for good. There are also some optional marble maze puzzles that can be great fun when they work, but the camera (even when rotated) often obscures essential visual information, and physics fails can lead to unfair and frustrating failed attempts.

The giant looming con, though, is the boss fights, which are akin to the dissonance between compelling core gameplay with optional battles to the full-blown bullet-sponge fights of Deus Ex: Human Revolution. Like that comparison, they’re not enough to make you hate the game and they rarely outlive their stay to leave too much of a bad taste, but a couple towards the end feel as though they’re in the wrong game entirely.

Despite this, I still played through Resident Evil Village in a few hours-long blocks because I kept wanting more. Fans of the franchise will appreciate call-back inclusions like gems and birdcages that can be shot for loot, plus the big and small narrative moments that confirm popular theories and connect the universe in bigger ways. For newer fans like me, Resident Evil Village is still a great action-horror game that’s left me eager to see how Capcom can continue to build on the gameplay in the future.

Is there a Resident Evil Village Collector’s Edition?

There is a Collector’s Edition for Resident Evil Village, but the chances are good you’re going to have a hard time finding one at a reasonable price. At the time of writing this review, there was one on eBay for $699.95.

Is there a Resident Evil Village demo?