The Astro A30 Wireless gaming headset offers versatility at a premium 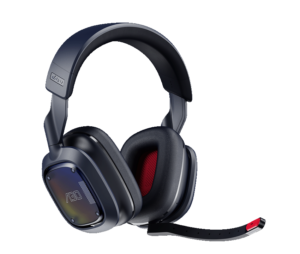 Quick verdict: Astro A30 Wireless (Xbox)
The Astro A30 Wireless is a gaming headset with great versatility. It’ll work across a primary console platform (Xbox Series X|S or PlayStation 5), but there are affordable pathways to cover the other one. Switch and mobile gaming is a cinch for either version. The A30s boast long battery life and the controls are a cinch to use. Unfortunately, the stiff fit isn’t comfortable for long sessions (particularly for big heads), there’s weak bass and you need a mobile app to tweak settings.

There’s a new standard for high-end wireless gaming headsets these days. For starters, it’s not good enough that they only work with one platform. There’s also an expectation they’ll double as everyday over-ear headphones for use with Nintendo Switch and mobile games, or everyday audio playback. The Astro A30 Wireless ticks a lot of those boxes for a premium-priced headset. 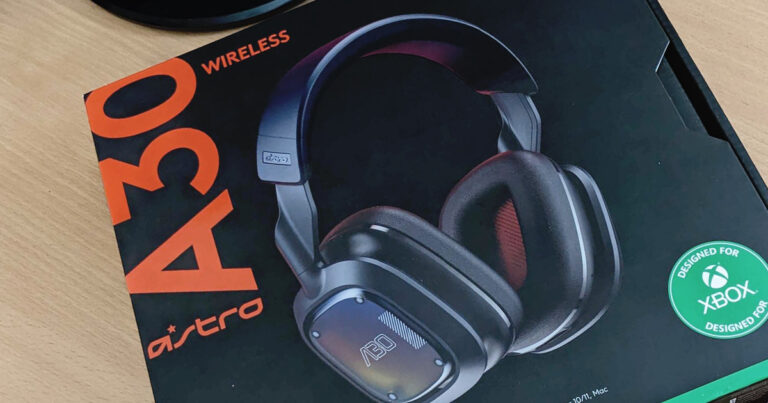 How much does Astro A30 gaming headset cost in Australia?

While comfortably shy of the Astro A50’s $550 asking price, the $399 RRP for the Astro A30 Wireless means these gaming cans are towards the pricier side of town. That excludes the SteelSeries Arctis Nova Pro Wireless, which is ridiculously priced these days.

The main catch is there are two versions of the A30: one for Xbox Series X|S consoles and another for PlayStation 5 systems. Both versions work with PC and mobile devices via Bluetooth, but you may want to buy the A30 USB-C Mobile Transmitter for Switch if you want a faster wireless connection for competitive gaming. The Xbox and PlayStation versions aren’t a problem if you stick to one platform. Thankfully, you can also buy the reasonably priced USB-A transmitter for the other platform (assuming you can find stock), which is a cost-effective concession to cover the major gaming bases.

The Astro A30 headset can be purchased through Scorptec, Harvey Norman, JB HI-FI, Kogan and Mwave.

Mwave has the cheapest price on the Astro A30 at $349 at time of publishing.

Astro A30 Wireless design and comfort 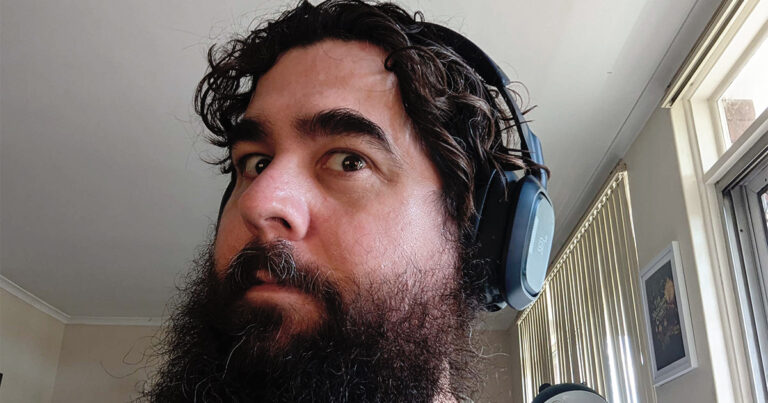 I prefer softer materials for gaming headsets, either pleather or cloth. Gaming headsets in particular should be built for longer use, which means comfort is paramount. The Astro A30 Wireless headset isn’t uncomfortable, but it has a firmer fit for my bigger noggin.

I think the earcups are okay (though they could be thicker), but the headband has insufficient padding. My workaround was to shift the headband into a looser fit, which deters headbanging but makes longer sessions comfortable. Otherwise, I found myself reaching to adjust or take them off after a couple of hours. At one stage, I accidentally bumped off one of the earcups and thought I’d broken it, but they’re magnetic and I appreciate how easy they are to remove (if only for cleaning).

Initially, I wasn’t a fan of a volume joystick instead of a dial, but it’s a clever inclusion that doesn’t take long to get used to. Push it up for more volume and down for less. Alternatively, bump it left for more game balance and right to prioritise chat. The right earcup also houses a power button and Bluetooth button, far enough apart to avoid accidental bumps.

On the left earcup is a microphone mute toggle. Speaking of mics, the A30 has a detachable boom mic and an inbuilt microphone. It means you can viably use the headset as everyday headphones—helped along by around 27 hours of battery life—and still use them to make calls or issue commands to a digital assistant. There’s even a great hard case included with the A30 for use as a travel headset. 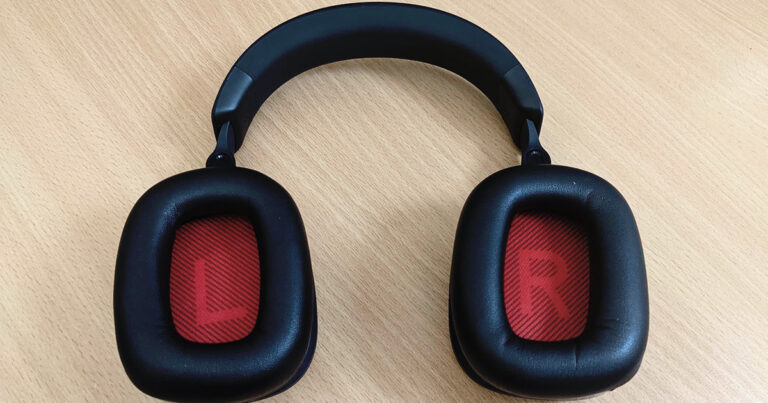 What is Astro?
Astro is a headset manufacturer with a long renowned history of making quality gaming headsets. These days, it’s owned by Logitech, another prominent manufacturer of gaming peripherals.

Astro A30 Wireless sound and setup

Well-balanced sound without the big bass. 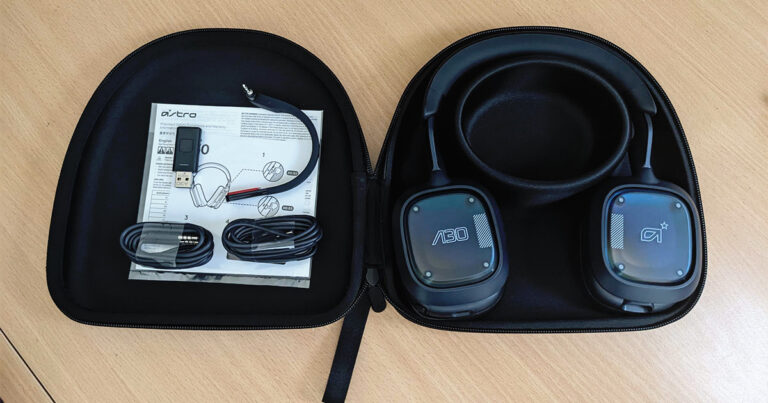 I’m a sucker for headphones with big bass. Unfortunately, that’s not something the Astro A30 offers. The soundscape is, however, incredibly well balanced out of the box. I was also surprised at how easy it is to go from unboxed to in the game.

Connect the included USB-A dongle to either PC or Xbox Series X|S (or PlayStation 5 if you have that version). Then get playing. No further configuration is required. I did have dropout issues when initially testing on PC, but that was before I discovered the dongle button that switches between PC and Xbox modes. No dropout issues afterwards.

As someone who’s reviewed dozens of gaming headsets, it’s a big convenience plus when you don’t have to mess around with settings or software to get into gaming. The other great addition is a removable boom mic. It’s a flexible mic that plugs in beneath the left earcup, just in front of the 3.5mm jack. My recording tests showed infinitely clear voice capture with the boom mic attached vs using the inbuilt mic, as you’d expect. The inbuilt mic is useable in an on-the-road pinch, but it’s quieter and the quality isn’t as great as the boom mic.

Astro A30 Wireless settings and versatility

A multiplatform gaming headset that needs a mobile app for tweaks. 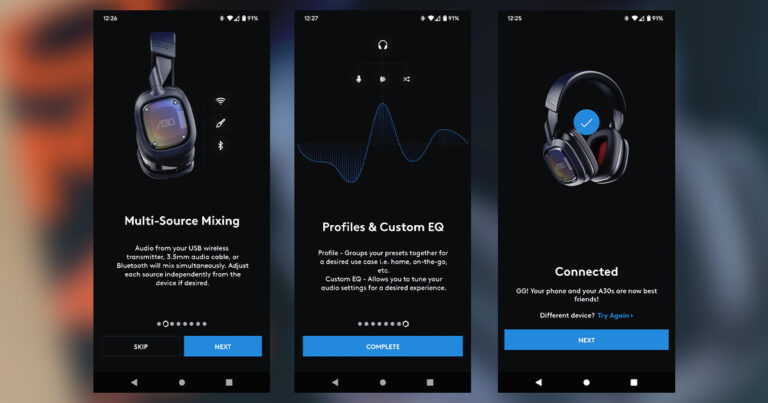 It’s a cinch to use the Astro A30 Wireless across devices. Remove the dongle. Press the button for selected console or PC modes. Get playing. Windows 11 was kind enough to even automatically default to it as a sound source once connected.

For Bluetooth devices, hold down the Bluetooth button for three seconds then scan from the device you want to connect to. The headset handily comes up as Astro A30, so there aren’t any weird device names to contend with, and the A30 connects without a code. Bluetooth connectivity is particularly important because you’ll need it to update and change settings on the A30.

Equaliser changes, monitoring battery life and firmware updates are all part of the mobile Logitech G app. Follow the prompts to connect the Astro A30, and I highly recommend reading through the short tutorial to discover extended functionality. While I’d prefer Windows and console software for same-device changes, the app is incredibly easy to use and any changes are instantaneous.

Is the Astro A30 Wireless gaming headset worth buying?

Worth considering for multiplatform versatility. 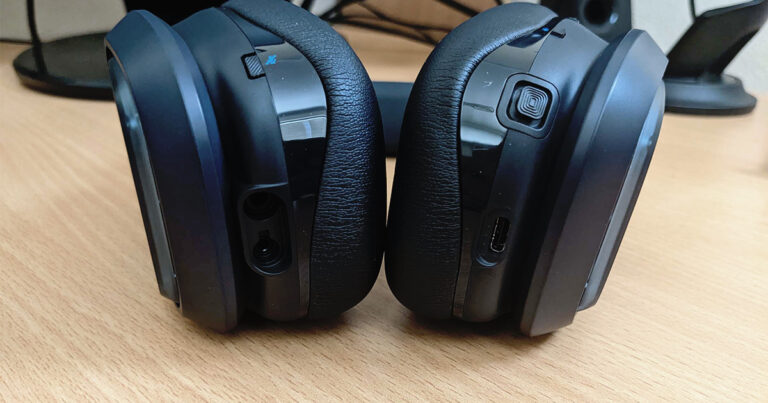 The Astro A30 Wireless has some big pros. It’s got fantastic battery life and platform versatility. Even with default equaliser settings, the soundscape is rich, and the multipurpose volume joystick is a great touch. Still, the lack of booming bass and stiff design had me reaching for the (admittedly pricier) SteelSeries Arctis Nova Pro Wireless.

See it at Mwave

How we review gaming headsets

We factor in price and connectivity when reviewing a gaming headset, then put it through the motions of testing during hours and hours of gaming and everyday use. This also lets us determine the battery life and extended comfort of a gaming headset, as well as garner feedback on how the microphone sounds when playing games with others.

Everyday testing includes video calls and music playback, and we favour headsets that are more than single-function devices. In fact, the headsets that tend to score the highest are those that marry big sound (including oomph-tastic bass) with all-day comfort. Wired and wireless gaming headsets are generally more closely compared in their respective connectivity categories, except where there’s crossover for things like comfort and sound performance.

Then we take a look at the nice-to-haves. Companion software isn’t necessarily a dealbreaker if it’s average, but it can help elevate the usefulness of a headset. We also appreciate easy-to-reach physical controls for the main functions on a headset.