You can stream the Super Bowl for free in Australia with 7plus but paid options like Kayo and NFL Game Pass offer more than just the match.

Whether you’re in it for the love of the game, the opulent half-time show or you simply want to catch a sneak peek at Prime Video’s upcoming The Lord of the Rings TV show, the NFL Super Bowl is the one event of the year where intense fandom and fat marketing bucks collide to create a chimera of arena-shaking theatrics.

This year, the Cincinnati Bengals and the Los Angeles Rams will duke it out on Sunday the 13th of February at SoFi Stadium in Inglewood, California (10:00am AEDT on the 14th of February here in Australia).

Local NFL fans might not have the luxury of attending the Big Game in person (or even at a sensible hour) but thankfully there are a few options for live streaming this year’s Super Bowl from home when it airs locally. 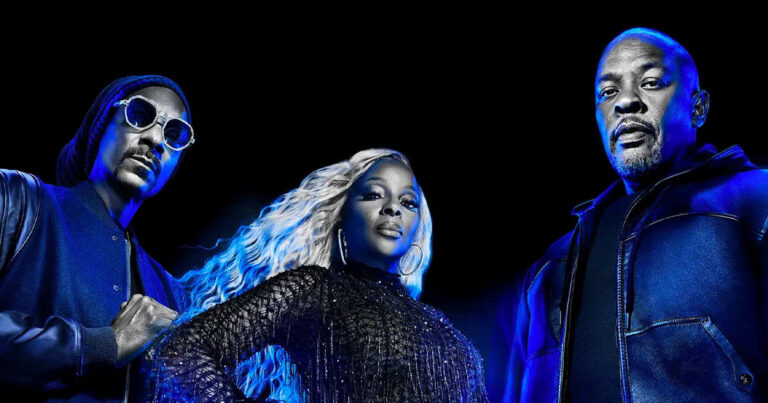 What time does the 2022 NFL Super Bowl LVI live stream begin in Australia?

Live stream begins 10:00am AEDT on Monday the 14th of February.

This year, the NFL Super Bowl LVI will take place on none other than Valentine’s Day here in Australia on Monday the 14th of February. Depending on where you watch it, you will be able to catch some analysis from 9:30am before the pre-game live stream starts at 10:00am in preparation for a 10:30am kick-off.

Whatever gifts you’ve got planned for Valentine’s Day, there’s nothing more romantic than heading down to the local RSL at 10am on a Monday morning to catch the Big Game. But if the wet weekend ahead has you eyeing off a space on the couch, there are a few ways to catch the game from home.

How to watch the 2022 NFL Super Bowl online in Australia

If you’re looking to live stream the Super Bowl from home this year, you’re in luck. There are actually a few free and paid options for catching the game as well as all the pre-show and half-time antics. All you’ll need is an internet connection and a streaming device, smart TV, smartphone or computer.

How to watch the NFL Super Bowl LVI for free

Stream it on 7plus

Digital catch-up service 7plus will be airing the action live on Monday the 14th of February and the best part is, it won’t cost you a thing. The 7Plus app is available on iOS and Android smartphones and tablets, on PC and Mac via most web browsers and through a suite of streaming devices like Fetch TV, Apple TV and Google Chromecast as well as select Smart TVs.

Foxtel’s sports streaming spin-off Kayo Sports will not only be streaming the 2022 NFL Super Bowl live from the 9:30am pre-show but it also offers a few extra perks most services don’t. For example, the NFL Super Bowl Event Centre gives you on-demand and up-to-date commentary around the Big Game, replays and highlights from the 2021 NFL season and even season stats on both teams to peruse while you wait.

Kayo Sports is available from $25 per month for HD streaming on two devices or $35 per month for HD streaming on three devices. It also comes with a 14-day free trial and no lock-in contract. The Kayo Sports app is available on iOS and Android smart devices, PC and Mac computers via most web browsers, Samsung, LG and Hisense Smart TVs, as well as more streaming devices and gaming consoles like Apple TV and PlayStation 5.

If you already happen to be a Foxtel subscriber (or you want to take a 10-day free trial of Foxtel Now), the 2022 NFL Super Bowl LVI will be airing live on ESPN (Channel 509) on both services from 10:00am on Monday the 14th of February. If you’re an early riser, ESPN will also be running a live Postseason NFL Countdown from 2:00am Monday morning, all the way up to the 9:30am NFL Blitz pre-game show.

If you don’t already have a Foxtel subscription, ESPN is available through the Sports package. With Foxtel Now, the Essentials + Sport plan costs $54 per month (discounted to $29 per month for the first three months) and with traditional Foxtel iQ, Sports HD is available from $59.20 per month on a 12-month plan (typically $88 per month).

Here are the key times for Foxtel and ESPN’s 2022 NFL Super Bowl coverage:

ESPN will also be airing post-game analysis and coverage throughout Monday afternoon with highlights and commentary via NFL Primetime and SportsCenter Live.

Finally, dedicated NFL fans can subscribe to the league’s very own streaming service, NFL Game Pass, if they’re looking to live stream the game from home. Like most of the apps in this list, NFL Game Pass is available via web browser on PC and Mac, on iOS (12.1 or later) or Android (5.0 or later) smartphones and tablets, Apple TV and select Smart TVs. It’s not available on as many devices as the other services listed above, locally, but it does come at the modest end-of-season price of $0.99 for 31 days of access to the Super Bowl Pass (a full year Pro pass typically costs $34.99 per year.)

If you’re a diehard NFL fan, you could do worse than the Pro Pass. It offers live and on-demand access to Super Bowl LVI, 24/7 access to NFL Network Live as well as game highlights, previews and ongoing access to the 2022 NFL Draft once the NFL Super Bowl LVI is over.

Otherwise, the discounted Super Bowl pass will get you access to everything but the 2022 Draft season.

Besides the main event match-up between Cincinnati and Los Angeles, there’s plenty to look forward to throughout the event. Depending on how the game pans out, the halftime show should kick off around midday here in Australia. This year’s Pepsi Halftime Show is Hip-Hop heavy, with headline performances from icons like Snoop Dogg, Mary J. Blige, Dr Dre, Kendrick Lamar and Eminem.

For all the hype, the Halftime Show typically only lasts between 12 and 15 minutes. That’s usually more than enough with one headline performer but for a bill this stacked, there’s a lot of talent to cram into such a short intermission. No doubt you can expect a powerhouse medley from some of Dr Dre’s most successful proteges and peers all on one stage.

In addition to the big Halftime Show, another aspect of the NFL Super Bowl that people look forward to is the ads (you don’t hear that often). See, the Super Bowl is kind of like the Met Gala for Capitalism. A who's who of the biggest brands in the world; a Marketing Mecca. Most brands will run a funny ad starring Ryan Reynolds or somebody but those aren’t necessarily the ads we’re looking forward to. In between ads for Jeep Wranglers or Peloton bikes, there’s usually a good serving of never-seen-before cinematic trailers.

We don’t know every TV show or movie trailer that will be making an appearance at this year’s Super Bowl but there are a few confirmed to make an appearance (and a few heavily rumoured). Amazon Prime Video has confirmed that it will air the first full-length trailer for its upcoming The Lord of the Rings TV series, The Rings of Power. And Jordan Peele’s latest film Nope will drop its first trailer on Sunday too (most likely during the Super Bowl).

You can almost guarantee Disney will waste no time getting out a trailer for its upcoming Obi-Wan Kenobi TV series now that The Book of Boba Fett has wrapped up but its Marvel division has Doctor Strange in the Multiverse of Madness and Moon Knight trailers at the ready too.

Elsewhere on the superhero movie roster is Black Adam, DC’s next big blockbuster that rests on the (even bigger) shoulders of Dwayne Johnson. The Rock himself confirmed he’d be at this year’s Super Bowl on Twitter in a not-so-cryptic message that seemed to suggest we’d see Black Adam light up the stage at some point during the event.

Outside of those first-looks and possible surprises, you can expect just about every other upcoming blockbuster to make an appearance at some point; Jurassic World: Dominion, Sonic the Hedgehog 2 and the new Minions flick are all likely to rear their heads during the event.

Other than that, here's hoping we get some interesting never-seen-before trailers that haven't already been teased or leaked prior to the Big Game.

By
Alex Choros
Sonos’ cheaper subwoofer still isn’t cheap
Sonos has a compact new subwoofer for those who don't want to splash out its...