There’s blood and guts aplenty but the deepest cut this shambling zombie flick desperately needs is to its drawn-out running time.

Zack Snyder isn’t afraid of a running time that blitzes past the usual two-hour cap. Just look at the recent Zack Snyder’s Justice League, which is a four-hour behemoth that crammed multiple movies into one. Yet, by comparison, Army of the Dead somehow drags on, even at a comparatively shorter 2.5-hour running time.

The basic premise certainly has appeal – a heist flick inside a zombie-infested setting – but the more Snyder veers away from the interest of this backdrop, the more the plot of Army of the Dead shambles. It’s not a complete waste of time. When Snyder sticks to this premise, interest runs high, and the action set pieces are certainly as entertaining as they are memorable.

But those highs often take a backseat role to a story that feels like it’s sliced another half of a movie in it, trying to build some sort of Zack Zombies Universe that easily could have happened without the attempts to overexplain everything. 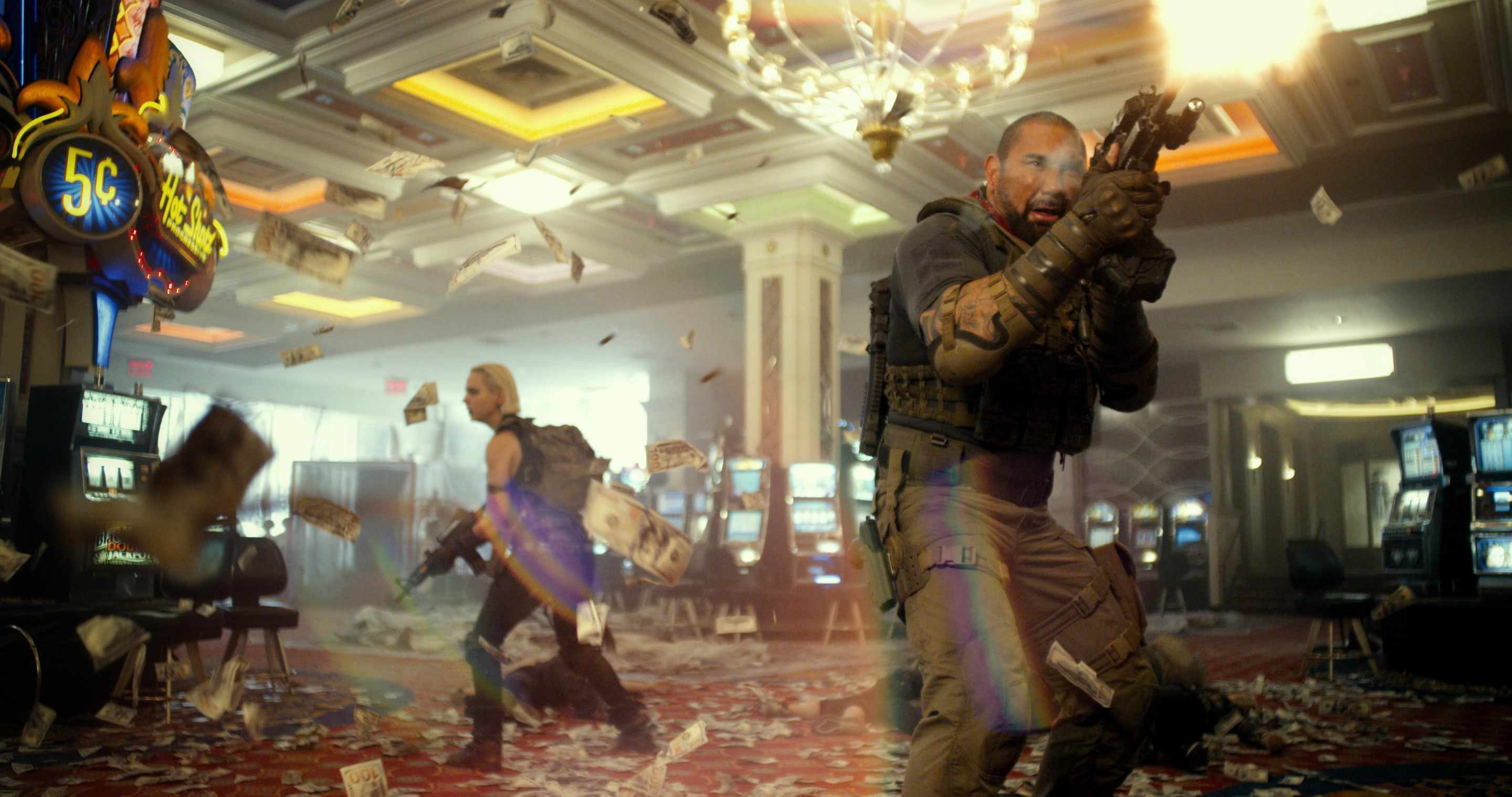 Head over to Netflix to check out Army of the Dead. It hits the incredibly popular streaming service on Friday 21 May 2021. For those who crave more Army of the Dead, good news! There’s a couple of prequels in the work: Army of Thieves with Matthias Schweighöfer’s character (one of the best in the movie) and an anime-style Army of the Dead: Lost Vegas series focused on some of the main characters.

If you're after more Snyder, Zack Snyder's Justice League and Watchmen are available on Binge and 300 is currently streaming on Netflix.

Army of the Dead review

Zack Snyder is so hot right now, and deservedly so. The world has seen director’s cuts before but none to the extent of Justice League, which went from a two-hour forgettable whimper of an ensemble flick to a four-hour marathon that started slow but built in momentum and interest after they got the lengthy character introductions out of the way.

Sure, they really should have taken the Marvel path and made dedicated movies to Aquaman, Flash and Cyborg before throwing them all together, but Zack Snyder’s Justice Leaguewas an appropriate and thematically linked swan song to the universe building that Snyder started with Man of Steel. Fast-forward to more recent times, and Snyder has returned to his roots with a zombie flick which, on paper, is all kinds of exciting given the excellent work he did with his Dawn of the Dead remake in 2004. That and 28 Days Later is when I got how terrifying zombies could be.

With a title like Army of the Dead, the expectation is that Snyder will build on what he established 17 years ago. But the reality is an inconsistent mix of a genuinely exciting idea spliced with universe expansion that feels, at best, unnecessary and, at worst, completely out of place. In its simplest form, Army of the Dead is a heist movie inside a zombie-infested Las Vegas.

Initially, I thought it strange that money could motivate in a zombie-infested world, but Army of the Dead is quick to answer that question and a lot more you didn’t think you needed to ask. It’s a bit dumb in parts and occasionally asks the audience to not think too far into things, even if it does set up some things it doesn’t properly pay off. The bloat starts off early, even if the initial tone is exactly what you’d hope for – tongue-in-cheek, witty banter and plenty of gore – but that’s only in the first prologue.

Wait. First prologue? Yeah, there’s a second prologue, which is mercifully relegated to the opening credits, but that’s where style starts stepping on the toes of substance. It’d be fine if it this over-the-top halfway point between Dawn of the Dead and Zombieland was consistent throughout but, much like the tone, there’s a tendency to overexplain background details then gloss over elements that are more essential to the core plot. 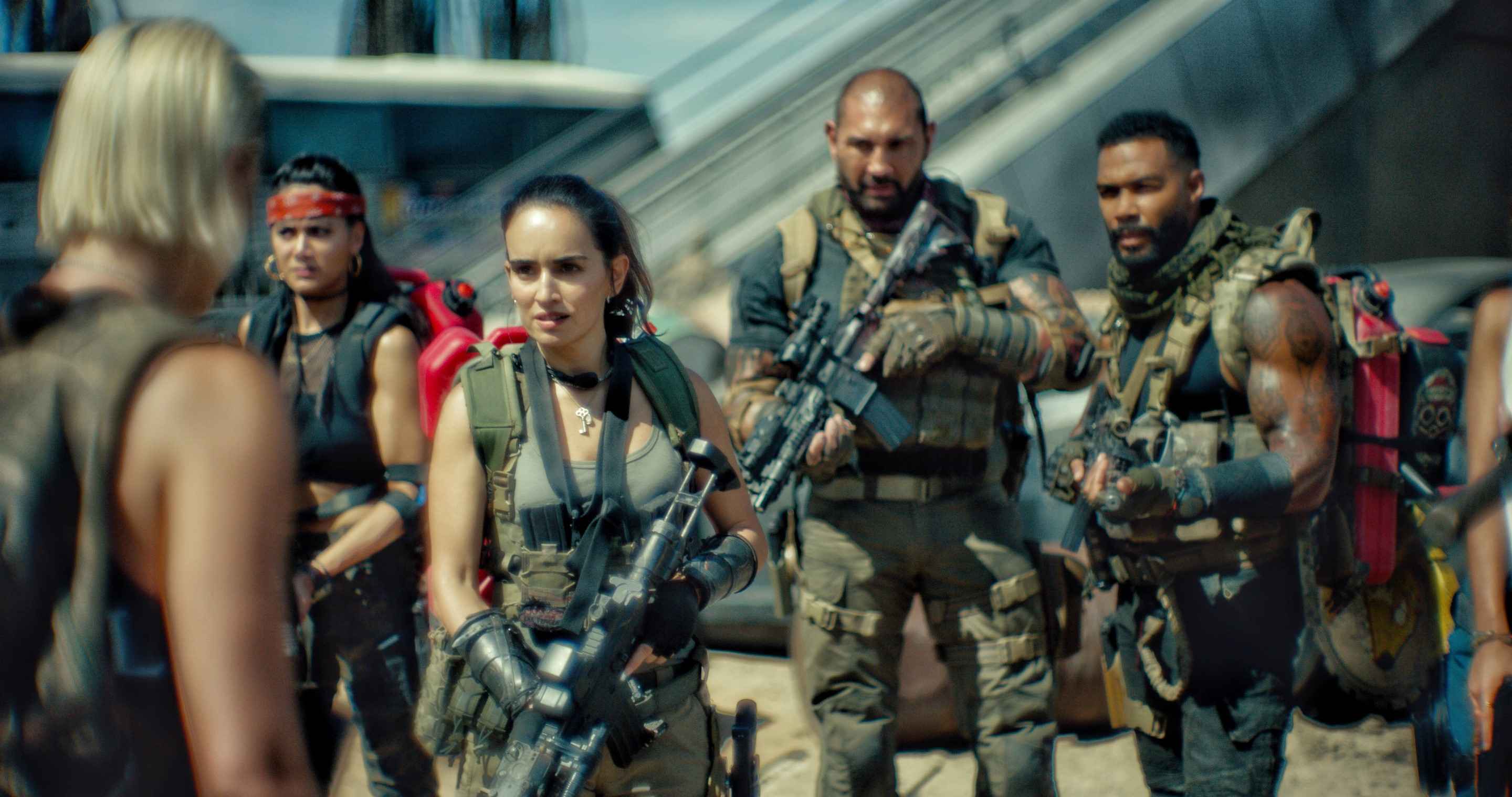 As a heist flick, the first part of the story is expectedly dedicated to the gathering of the team, which doesn’t outstay its welcome, but nor does it endear you to too many of the characters that feel more like they’re there to help with the body count than make you actually care about whether they die. Tig Notaro and Matthias Schweighöfer are exceptions to this, who quickly endear themselves to you with their respective senses of humour. If the tone of Army of the Dead was built on the spine of the respective comedic chops of these two, it’d be a lot better for it.

Poor Dave Bautista is stuck playing the straight man, despite having shown he can blend the dramatic with the comedic in Guardians of the Galaxy. But he’s the leading man, which means the overall tone more serious than fun, despite the underlying absurdity of robbing a bank amid the undead. Still, there’s a couple of effective horror set pieces that are more memorable than when the bullets and brains start flying (even some of those sections rock), but the action sequences are sparse by zombie-movie standards.

Hell, the only time you’ll see the titular army of the dead is during the opening credits, with the rest of the deadhead time relegated to smaller bands of brain-munchers. It’s admirable to see Snyder try to advance zombie mythology in Army of the Dead, but these scenes are all over the place in quality, sometimes creating intrigue and other times being outright farcical. One particular scene that I won’t ruin garnered laughs from the screening audience even though it was clearly played for drama, tension and an attempt at humanising the zombies. Not long after there’s an intended emotional moment between human characters that garnered similar ‘where the hell did that come from?’ laughs.

Ultimately, this zombie mythos building is less what I Am Legend (the novel) did for vampires and more another unnecessary subplot in a movie that stumbles whenever it steps away from the basic heist-plus-zombies formula. There’s a great movie buried at the heart of the multiple unnecessary subplots and bloated universe expansion. It just needs a deft editor to cut this Snyder’s cut to keep it laser focused on the heist at hand. 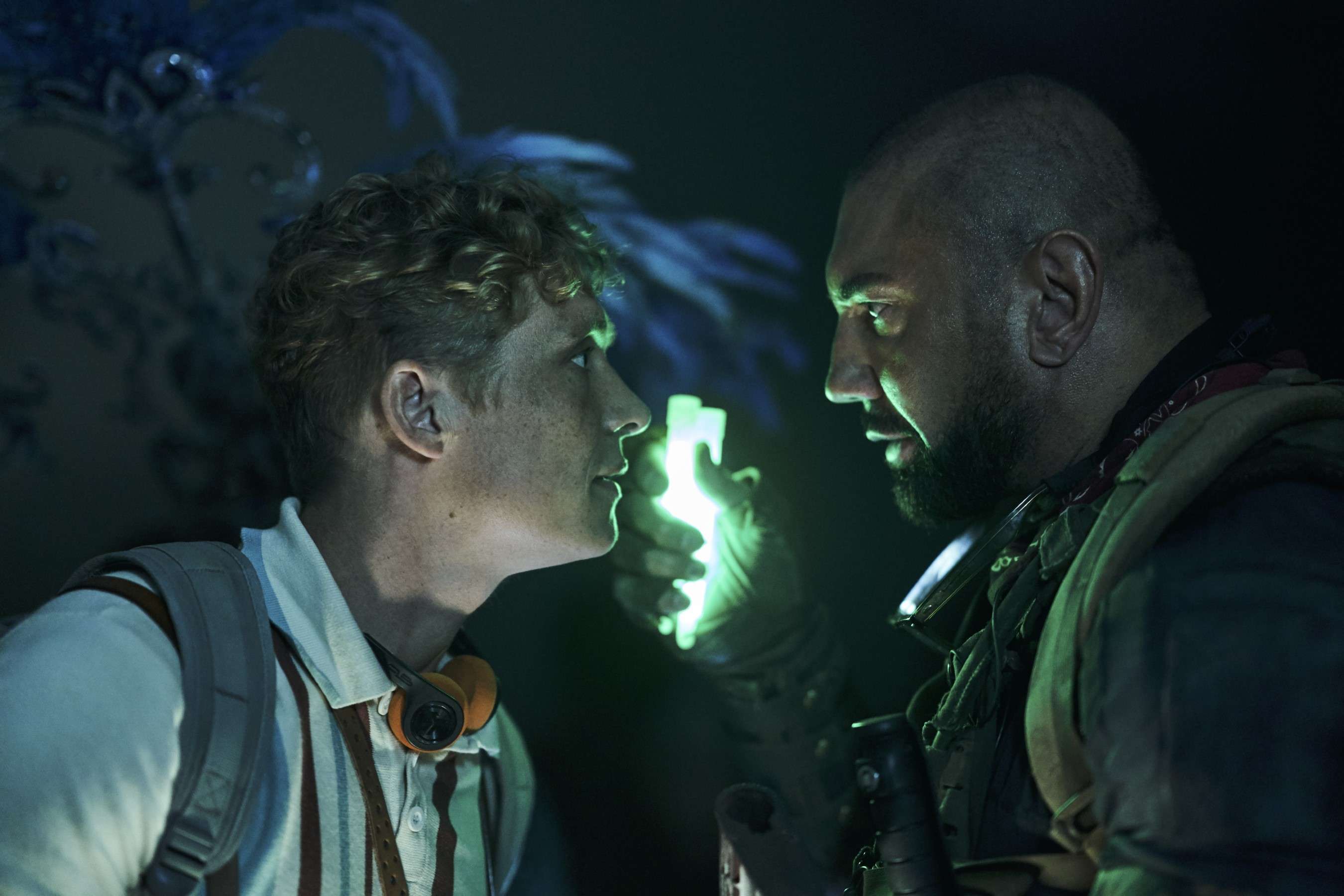 Is Zack Snyder’s Army of the Dead worth watching?

Despite its flaws, Army of the Dead is worth watching. Keep your phone in hand to tune out whenever it strays away from the core heist knowing you won’t miss out on much. The few-and-far-between action set pieces are mostly great, and its comedy is on point when it remembers to crack jokes, but the rest of Army of the Dead feels as out of focus as the film’s distracting photography.

Zack Snyder's Army of the Dead