Apple is getting into Buy Now, Pay Later

While the new M2 processor-powered MacBook Air and MacBook Pro took center stage at Apple's recent World Wide Developer Conference (WWDC), the financial services arm of Apple is also set to expand in 2022 with the launch of Apple Pay Later.

What is Apple Pay Later?

Like the name suggests, Apple Pay Later is the tech company's take on Buy Now, Pay Later (BNPL) services like Zip, Afterpay or Klarna. It represents Apple's second meaningful step into the world of financial products and services, following the introduction of the Apple Card in 2019.

"Apple Pay Later provides users in the US with a seamless and secure way to split the cost of an Apple Pay purchase into four equal payments spread over six weeks, with zero interest and no fees of any kind," Apple said.

As with other BNPL services, Apple Pay Later is all about seamless and interest-free access to credit. Breaking a payment into a quartet of Pay Later installments promises to be as quick and easy as clicking a button at the checkout screen.

According to Apple, the new service will be integrated into the Apple Wallet app and "designed with users’ financial health in mind."

The other advantage that Apple Pay Later promises to have over the many other options in the mix is that it'll be accepted and available everywhere that Apple Pay is already accepted, both online or in-person.

When will Apple Pay Later come to Australia? 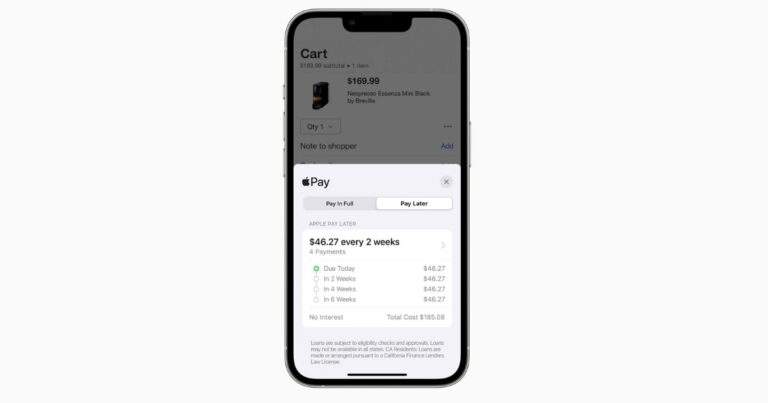 For now, Apple Pay Later is only slated for a launch in the United States. It is not yet clear if or when Apple may look to bring it to other markets, such as Australia. However, if the Apple Card is any indicator, local Apple fans may want to temper their expectations.

Since its announcement in 2019, Apple have only launched their traditional credit product in a single market: the United States. This next part is speculation, but it's not hard to imagine a few reasons why Apple has been slow or reluctant to offer its financial products and services elsewhere.

Historically, the United States has been a lucrative and regulation light opportunity for credit card providers for a long time. Other markets, like Australia, tend to have more consumer protection laws and regulations.

In order to issue financial products like the Apple Card to customers in overseas markets like Australia, Apple would either need to launch its own local banking branch or partner with an existing financial institutions. Given the relatively-recent animosity between Apple and Australia's banking sector, this is likely easier said than done.

What's more, Apple would be looking at a similar process for every single market it wants to launch the Apple Card in. That's an extraordinary amount of regulatory compliance even if they get everything right, and a huge amount of potential legal liability (not to mention consumer harm) if they get anything wrong.

While many of Australia's BNPL providers have skirted Australia's existing credit regulations by arguing that their financial product is not "technically" credit as it doesn't accrue interest, local watchdog agencies like the Australian Securities and Investments Commission (ASIC) may not look kindly on a company as big and wealthy as Apple trying to pass off the same legal fiction.

"BNPL is credit and like other credit products should be regulated under the National Credit Code," said a report released by the Financial Counseling Australia in December 2021.

All this is to say that Apple Pay Later might be launching with iOS 16, but probably isn't coming to Australia consumers anytime soon. 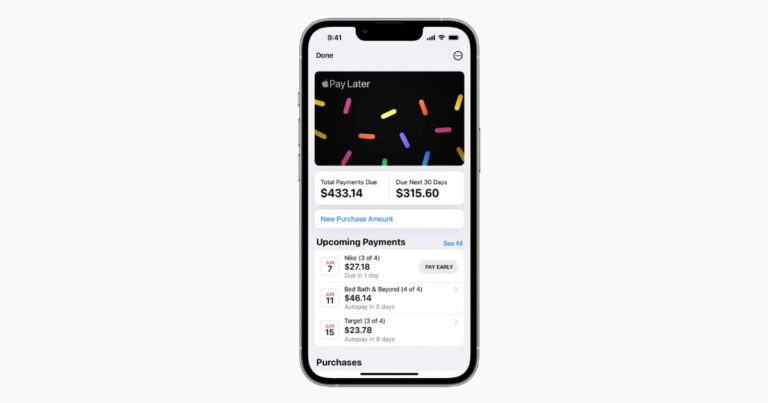 If the idea of Apple Pay Later appealed to you and you can't stomach the idea of waiting the indeterminate amount of time that it may take for the service to reach Australian shores, there are a few alternatives you may want to consider in the meantime.

The first and most obvious alternative is to simply integrate an existing BNPL services with Apple Pay. The most popular BNPL services like Afterpay and Zip already support doing this. Setting up your Apple Wallet in this way isn't quite as seamless as Apple Pay Later promises to be, but it's not far off.

Plus, maybe a little friction might be for the best when it comes to spending credit as fast-and-easily as you can with Buy Now, Pay Later.

If you do have your heart set on the detailed receipts and order tracking information that are being touted as a feature when it comes to Apple Pay Later, the good news is that these features will actually be available to anyone using the Apple Wallet app for their everyday transactions (though participating retailers) once iOS 16 launches. They're not exclusive or tied to the launch of Apple Pay Later in any meaningful way.

Another thing that those looking enviously at Apple's US-based customers might want to consider is to cut down on the number of BNPL services they currently have accounts with.

As the popularity of these kinds of financial products has grown, many consumers have ended up being customers of more BNPL services than they probably need to be. If you're thinking about adding Apple Pay Later to your lineup in the long run, it might be worth cutting down on things in the short term.