Apple's new MacBook Air rounds up on performance and cuts down on bezels.

While the new MacBook Air isn't the only laptop that Apple announced at this year's World Wide Developers Conference (WWDC) nor the only device set to feature the new M2 processor, it's likely the one that most people are probably going to buy.

The latest in Apple's most popular line of  laptops, the new MacBook Air comes kitted out with Apple's M2 processor, a 13.6-inch Liquid Retina display, 8GB of unified RAM and up to 512GB of storage. There are two Thunderbolt-graded USB Type-C ports on the left hand side, matched by a single combo audio jack on the opposite  side. 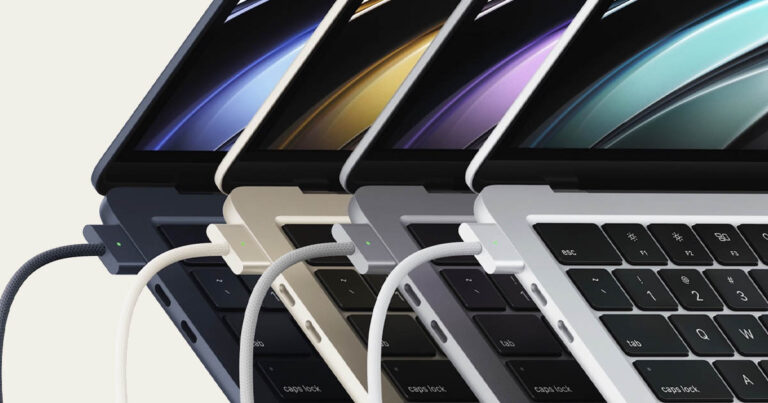 The machine itself looks like a MacBook ought to for the most part, with an aluminum unibody that's 11.3mm thick. Performance is a big part of the story here, though those looking to upgrade from models prior to the previous MacBook Air are likely to reap the biggest benefits.

Relative to its M1-powered equivalent, Apple's latest promises to offer around 25% increased GPU performance. While the new MacBook Air lacks the active cooling found in its pro-grade counterpart, the improvements here will still likely be pretty noticable for those looking at using this thing for gaming, photography, video editing or graphic design.

The new MacBook Air also features a number of predictable but welcome design tweaks, from thinner bezels to a display panel that's 25% brighter than the last model. The trusty MagSafe port also returns, with support for fast-charging of up to 67 watts via select chargers.

Like previous MacBook Air laptops, the new model boasts a force trackpad and Apple's Magic Keyboard with an integrated Touch ID sensor. In contrast to those earlier efforts however, the speakers on the M2-powered machine have been more cleanly integrated into the chassis.

When it comes to battery life, Apple say that the new MacBook Air should be up to the task of providing all-day usage. However, what that means beyond the 18 hours of video playback metric that Apple provided isn't super clear. It's something we'll definitely have to dig into when it comes time for our full review.

Last but not least, Apple have bumped the webcam on the MacBook Air up from 720p to 1080p. The company adds that low-light performance has also been improved, though (as with battery life) we'll have to wait for the final product to get a sense of by how much. 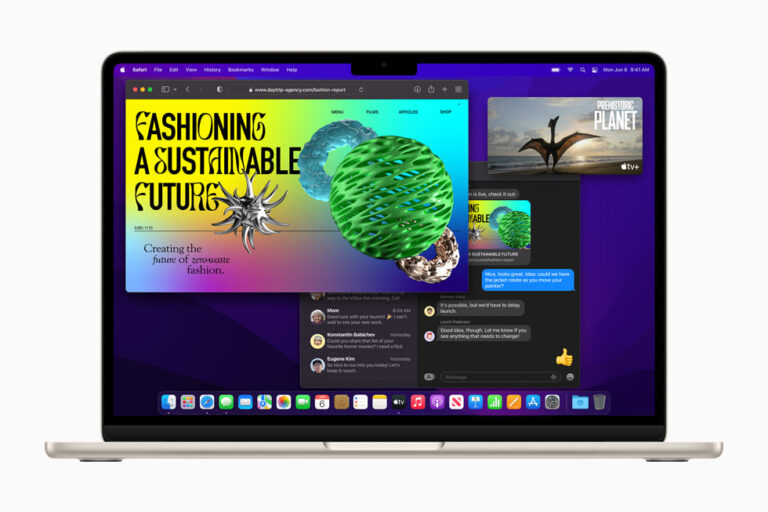 How much does the Apple MacBook Air (M2) cost in Australia?

Australian pricing for the new MacBook Air starts at $1,899, with a discounted $1,749 price available to education customers.  That's $400 more than the asking price for the previous model, which is powered by the M1 chip and still available for an RRP of $1,499.

A model with additional on-board storage is also available for those who need it, doubling the base 256GB to a hefty 512GB. Prices for this version of the new MacBook Air start at $2,349.