Razer’s latest stab at a mainstream laptop doesn’t just feel like its best effort yet. It feels like its smartest. 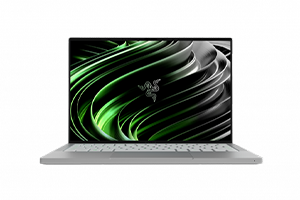 Verdict: Is the Razer book 13 any good?

The Razer Book 13 can’t quite outdo staples like Dell’s XPS 13 and Apple’s MacBook Air when it comes to form-factor and design, but it find a way to redeploys Razer’s usual strengths in new contexts. It’s not a jack of all trades. It’s a specialist, and it leans into its advantages.

If you want something thinner and lighter, there are plenty of options that consumers have to choose from. On the other hand, if you’re willing to sacrifice a portion of portability in exchange for a solid boost to possibility, then the Razer Book 13 is an easy sell. 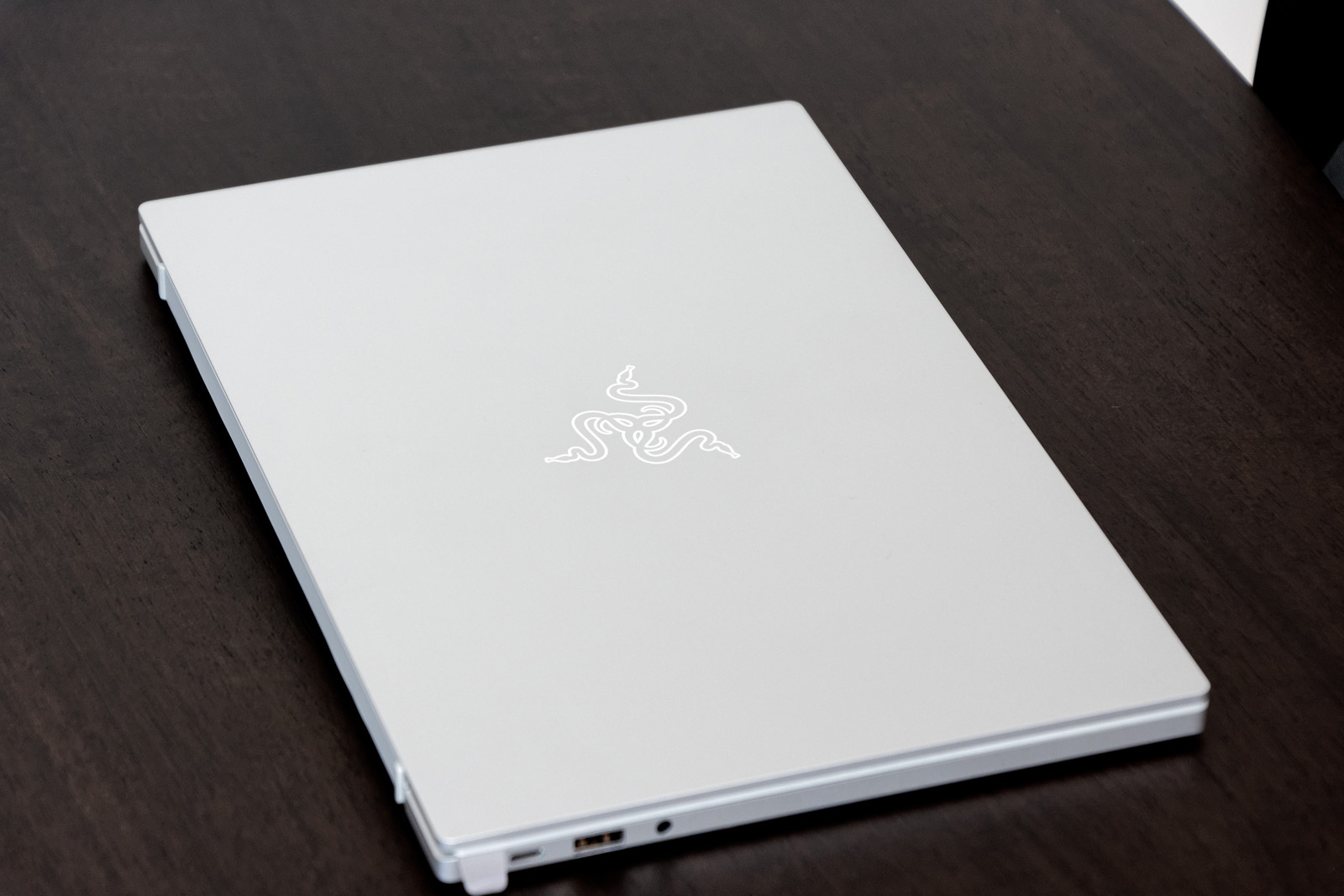 How much does the Razer Book 13 cost in Australia?

The Razer Book 13 sells for $2,199 RRP in Australia. It's available through Razer's online store, Microsoft Store, Centrecom and PLE Computers.

The Razer Book 13 comes in lightweight and environmentally-friendly packaging. Alongside the laptop itself, the box includes a USB Type-C cable and power brick that are used to charge the laptop.

Even if the bulk of their business still lies in the enthusiast gaming space, Razer has been actively trying to broaden its horizons for several years now. Where HP and Lenovo have been trying to carve out a slice of the gaming audience, Razer has been trying to do the opposite. Razer hasn't quite gotten there yet, but the products it has delivered in the meantime have followed a steady upward trajectory when it comes to quality.

The Razer Book 13 confidently adds to that legacy. It strips away a lot of the RGB-laden gamer aesthetics found in the Razer Blade family of laptops without losing some smarter design touches that make those machines great to use over both long sessions and shorter instances.

The Razer Book 13’s chassis is made of a CNC anodised alunium material that’s hits the sweet spot between sleek and sturdy. Even if it’s a little less thin and light than other premium laptops, Razer’s latest ultrabook consistently manages to come across as lighter than you’d expect. It doesn’t hurt that a little extra chunkiness here translates into a measurable uptick in performance, but we’ll get to that later.

Regardless of what resolution you end up going with, the Razer Book 13 features a 13.4-inch screen with bezels that are thinner than Razer’s earlier attempts at mainstream laptops but broadly in line with industry trends. 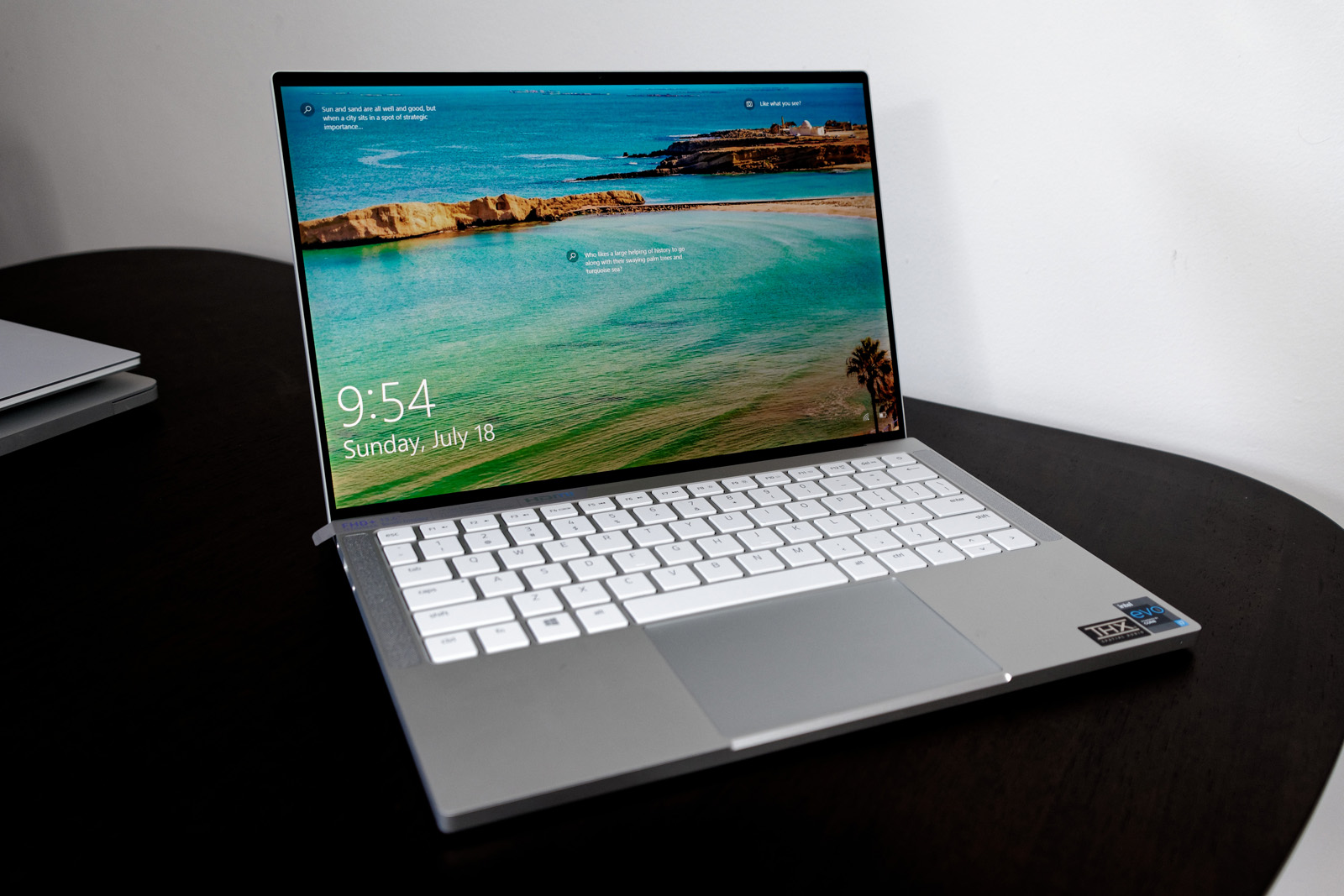 While the display here is only clocked at the standard 60Hz, it’s worth noting that it uses and IGZO backlight. Relative to other screen tech upgrades, IGZO isn’t as significant as something like OLED, That being said, it does translate into some increased power efficiency and longer battery life. It’s a small detail, but relative to many of the other Windows-based laptops that the Razer Book 13 is competing against, it’s one that sets it apart.

That being said, the lack of differentiation here doesn’t hurt the Razer Book 13. If anything, it draws more attention to the areas where Razer is putting its own spin on things.

A few of these features are drawn from their background in the gaming world, such as the per-key RGB backlit keyboard and vapour chamber cooling system. These things might be good for gaming, but they also help the Razer Book 13 swing above its weight when it comes to more everyday workloads.

Some touches in the mix are more utilitarian. For instance, the port count on the Racer Book 13 is generally higher than most other laptops of its class. While the two Thunderbolt 4 USB Type-C ports on the Razer Book 13 will offer the best performance, you do still get a regular USB type-A port, a HDMI output, a Micro SD slot and a headphone jack. If those legacy ports are something you find yourself missing in other modern laptops, that’s definitely a plus.

The baseline specs for the Razer Book 13 are as follows.

Razer Book 13 technical specs
What can I upgrade?

Processor: If you’re buying the most budget-friendly incarnation of the Razer Book 13, you’ll come away with a device powered by the Intel Core i5-1135G7 processor. However, for those looking to get the best performance out of the hardware here may want to consider bumping things up to the Intel Core i7-1165G7. Doing so adds about $800 to the price-tag, but it does leave the Razer Book 13 equipped with one of the best mobile processors currently on the menu.

Display: Most versions of the Razer Book 13 come with a 13.4-inch FHD display clocked at 60Hz. However, the laptop is also available with a 4K UHD display for those who want it. If you’re buying via the Razer website, this inclusion adds about $650 to the total purchase price of the device.

RAM: While the baseline Razer Book 13 comes with 8GB of RAM, more expensive models can be equipped with 16GB of RAM.

Storage: Pricier versions of the Razer Book 13 double the 256GB of SSD storage found in the basic model to 512GB.

There’s no getting around the fact that the Razer Book 13 is a little chunkier than other cutting-edge laptops. But that heft is by design and, in context, it feels like a small price to pay for the boost to performance you can expect here.

The Razer Book 13 managed to beat out premium laptops like the Dell XPS 13 and Lenovo’s Yoga 9i across the board on popular benchmarks like Cinebench, Novabench and GeekBench. In some situations, it even managed to edge out Apple’s new M1-based MacBook Air - though it should be noted that the new MacBook Air is markedly cheaper.

Hardcore or more enthusiast gamers looking to play more demanding titles like Cyberpunk 2077 are inevitably going to be better served by a dedicated desktop or gaming laptop. Nevertheless, the clean and consistent 60FPS in games like Overwatch that the Razer Book 13 delivered makes gaming on an integrated graphics card feel like much less of a compromise than it usually is.

Burned down via streaming video content on YouTube, the 55Whr (Watt hour) battery inside the Razer Book 14 lasted 7 hours and 38 minutes. That’s not too far off the 11 hours that Razer claim on its website for everyday use, but it’s also not that much better than what the competition are offering.

The Razer Book 14 supports not just charging via USB Type-C but also fast-charging via both the charger the machine comes bundled with and other high-performance USB type-C chargers.

Razer’s latest stab at a mainstream laptop doesn’t just feel like its best effort yet. It feels like its smartest. It’s not without compromise, but it feels considered in terms of the sacrifices it makes and the small but meaningful ways it seeks to define itself.

In the past, Razer’s take on gaming laptops have often tried to echo popular lifestyle designs like that of the Apple MacBook or HP Spectre. Now, its more mainstream productivity machines are flipping that on its head - leveraging its expertise when it comes to pushing the hardware that few extra miles.

The Razer Book 13 isn’t the thinnest and lightest premium laptop out there, but the minor shortcomings it makes in terms of form-factor prime it to deliver the best performance you’ll find in its weight class.