Thin as a wafer, light as a feather. 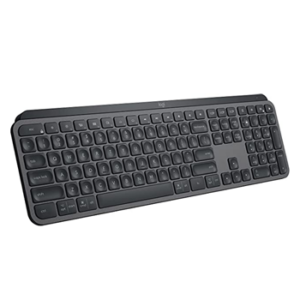 The MX Keys is a great keyboard for most business users, especially where fast, tactile typing is an essential part of our everyday. The keyboard design is tuned towards speedy, accurate keystrokes, making the MX Keys a worthy upgrade from most laptop keyboards.

When the Reviews.org team transitioned to work-from-home, we all agreed it was a godsend. But it did mean we all needed better kit in our home offices to shift them from a sometimes workspace to an everyday battle station.

Like many of you reading this review, a comfortable, full-size keyboard is a must-have computer accessory in the office, and the Logitech MX Keys is a keyboard that is definitely fit for purpose. 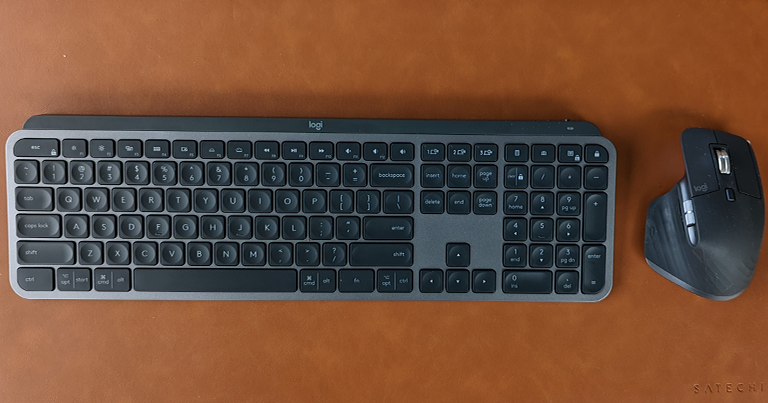 How much does the Logitech MX Keys keyboard cost in Australia?

Loads of bang for your buck.

The starting price for the Logitech MX Keys may have been a touch on the high side at $229.95, but the average street price is a lot more generous. You shouldn't pay more than about $180 for the MX Keys now, and if you have a keen eye for a bargain, you might find it for $150 or so.

This is a fair price for the feature set, considering you'll pay another $100 for an Apple keyboard, or the same price for competitor models from Microsoft, HP, and Dell, of which only Dell shared some of the cooler features like multi-device pairing.

Logitech MX Keys: design and use 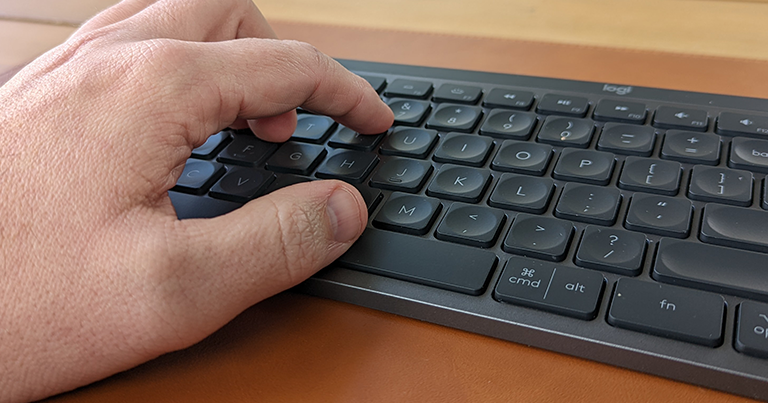 The first and most obvious thing to note about the MX Keys is how slim and lightweight it is. It is just 2 cm at its tallest (along the back) and weighs a smidge over 800 grams. This is important given the keyboard’s ability to connect to multiple devices, and that you may want to lug it around, from your laptop in the office, to the living room media centre, etc.

The MX Keys is a full-size keyboard with a number pad, but except for the keys dedicated to switching between connected devices, there are no surprises in the layout of the standard function shortcuts. Out of the box, this top row of keys controls lighting (both screen brightness and the keyboard backlight) media playback, and volume. Above the number pad are four extra shortcuts; calculator, screenshot, a context menu key (that simulates a right-click on the mouse) and a key to lock the PC.

These shortcut keys are also the only keys on the keyboard that can be customised using the Logi Options+ software. This app, which you download from the Logitech site, is well-designed and easy to navigate, but it gives the illusion of there being more you’re able to do with the MX Keys. All 17 of these keys can be remapped to either a keystroke combination or an app shortcut, but you then lose the original functionality. There’s no option to have multiple shortcuts on each key using a keystroke modifier or the like. 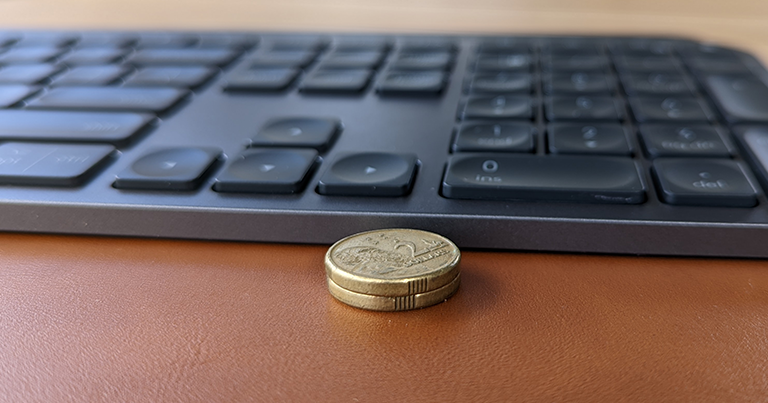 These shortcut keys are also the only keys on the keyboard that can be customised using the Logi Options+ software. This app, which you download from the Logitech site, is well-designed and easy to navigate, but it gives the illusion of there being more you’re able to do with the MX Keys. All 17 of these keys can be remapped to either a keystroke combination or an app shortcut, but you then lose the original functionality. There’s no option to have multiple shortcuts on each key using a keystroke modifier or the like.

Typing on this keyboard is a dream, with its spacious chiclet design and gently concave keys which help you find the centre of the key, even when you’re typing as quickly as a hacker from a 90’s action movie. The scissor switch key design gives good feedback when you type; it never feels spongy, and it gives a solid ‘clack’ with each keystroke.

It is worth noting that the MX Keys doesn’t have any height adjuster on the underside, and while it has proven to be a comfortable daily driver for this reviewer, you may not share my enthusiasm if you wish the angle of the keyboard were a little steeper. 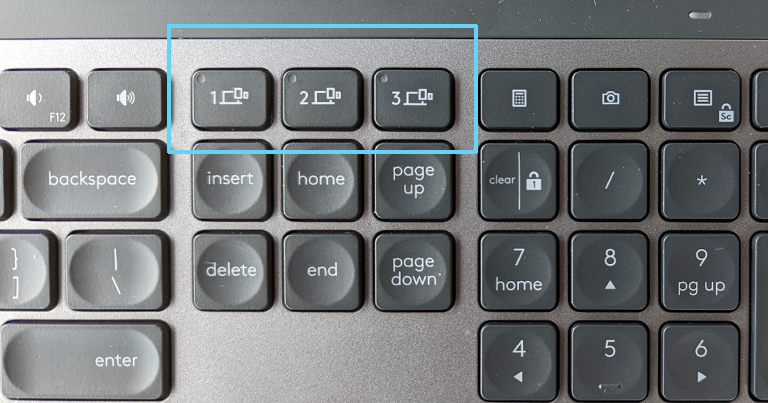 As mentioned earlier, one of the key selling points of the MX Keys (and indeed many of the newer Logitech office accessories) is the ability to pair with up to 3 different Bluetooth devices and to switch between them at the press of a button.

There’s not much to say about this other than it’s a brilliant idea, and it works as advertised. You simply press and hold the device number key until the lighting icon starts to flash, connect it to your device, and you’re away.

You may not think you have more than one device that you need to use a keyboard with, but the truth is that you probably have a few more than one. If you’ve ever struggled to enter text with a remote control or touchscreen keyboard, chances are you could have made the process easier with the MX Keys. I found it a lifesaver when setting up a new Xbox recently, given the number of email addresses and passwords I needed to enter to connect all of my various accounts.

The MX Keys is compatible with Logitech’s Unified USB Receiver tech, and has a receiver included in the box. With it, you can pair up to 5 Logitech devices on the same receiver, saving precious ports and sparing you the frustration of losing the tiny little dongles. But note, it isn’t compatible with the updated Logi-bolt USB receivers, which is a bummer if you have one of the newer mice, like the MX Master 3S.

Battery life is rated at 10 days of use with the backlight on. Perhaps I need to work harder, but I found I comfortably got through two weeks or more between charges.

Is the Logitech MX Keys keyboard worth buying? 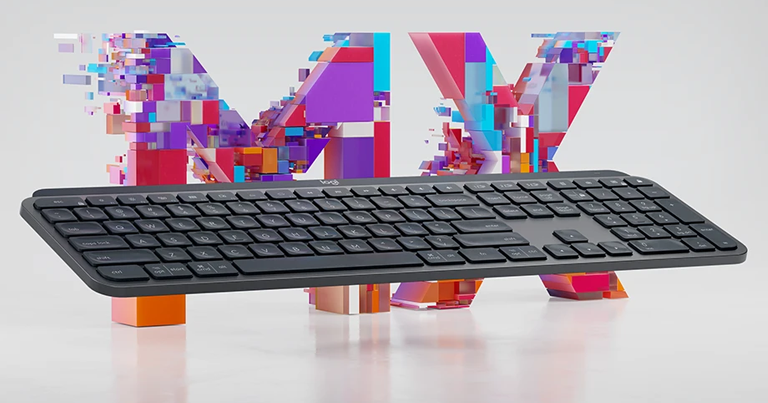 For business use, the MX Keys is the boss. Logitech has designed an excellent tool for typing, with a couple of neat tricks up its sleeve.

The multi-device pairing gives it life outside the office, where most will probably find it most useful in front of the TV.