Hey Google, play Earth, Wind and Fire on my projector. 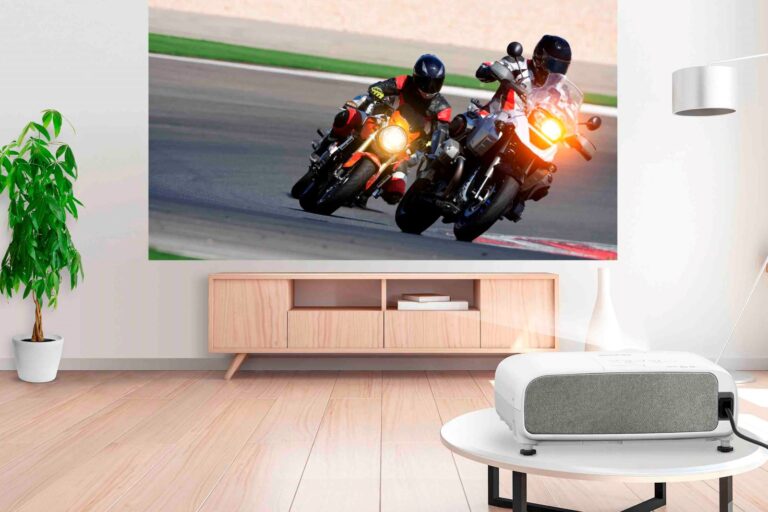 Home theatre enthusiasts have something to look forward to next month, as Epson’s September projections are looking smarter by the minute. Epson recently revealed its latest home theatre projector, the EH-TW5700 (catchy name!), will be released this September for $1,599.

Epson’s new projector boasts a 1080p resolution projection that covers up to 330 inches but, perhaps, most interesting is its integrated Chromecast tech. The EH-TW5700 has in-built Google Chromecast, so you can cast your Binge or your Disney Plus directly from your smartphone or tablet in the same way you would any other Chromecast device. Not only that, but it’s also voice-controlled and is compatible with over 4,000 apps, meaning you can bypass a secondary device altogether if need be.

Brightness is a key differentiating spec for home theatre projectors, and Epson’s new projector is capable of 2,700 lumens colour and white brightness, that’s about on par with what you’d expect from a 24W high-voltage lamp.

Lamp replacements in home theatre projectors can be a real pain, but Epson is promising around 7,500 hours of lamp life in ECO mode, and a 2-year warranty out of the box.

Is it worth the price?

The new projector will go on sale this September over at Epson’s official website for $1,599. That’s a little pricier than Benq’s popular HD gaming projector ($1,499 at Amazon), which boasts 3,000 Lumens (but only a 100-inch projection). So it’s around what you’d expect to pay for a projector of its calibre, but it's Chromecast smarts shouldn’t be discounted.

In many homes, home theatre projectors receive the same treatment as a VR headset. They’re a gadget that’s only pulled out on special occasions when entertaining guests, so reducing the number of cables and connections needed to get it up and running is a much greater benefit than it seems, initially.

Still, you’re paying a premium for projectors and a $1,500+ price tag begs the question: would you be better off investing in a larger 4K/HDR smart TV?