Want to save money? Aussies spend $3.85 billion a month to stay connected—Start there

Do you know how much your internet, phone bill and streaming costs are when you add them all up? It might be more than you think. 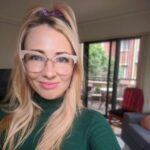 Aussies are spending a pretty penny to stay connected - $46.3 billion a year, to be precise. If your New Year’s Resolution is to cut down on spending and start saving some more money, your internet, mobile phone and streaming connections could be a great place to start.

How much are we spending as a nation?

When we break down how much we spend each month as a whole, Australians on average will spend:

That’s a whopping total of $3.85 billion each month.

Do these numbers feel shocking? It’s easy to lose track of how much we spend on phone, internet and streaming bills. Even though most of them are monthly, they’re usually paid separately at different times during the month, so we tend to see them as small individual payments rather than a big monthly bill.

To help see the true number, it’s worth writing down your monthly phone bill, internet bill and any streaming services you subscribe to to work out exactly how much you’re paying each month. It might be a little higher than you anticipated.

According to Cable.co.uk, Australia is 83rd in the world out of a list of 211 countries for the most expensive internet, but we’re 23rd when it comes to cheap mobile plans.

How much are we spending individually?

In a lifetime, Australians on average spend:

And that’s without including the cost of your TV, laptop or smartphone—even budget smartphones will set you back at least $100, while some people will happily shell out thousands for the latest iPhone or Samsung. Not to mention music streaming subscriptions thrown in the mix too. It all adds up over a lifetime. 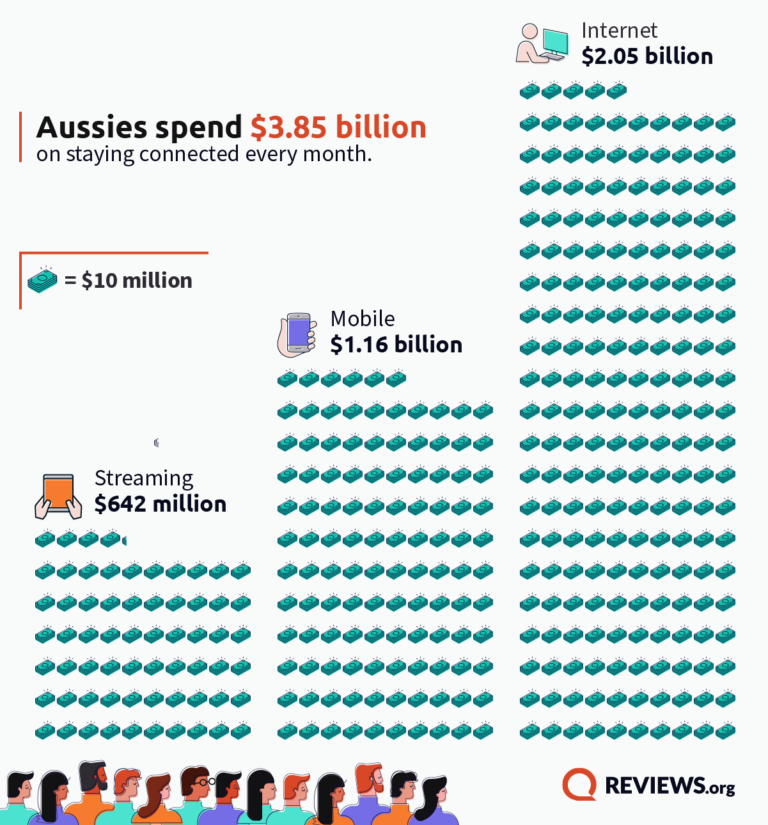 How can I reduce my costs?

Make the most of free trials

Some streaming services—like Binge and Britbox - offer a free trial so you can check out their content before you commit. It’s a great way to access TV shows and movies without paying a cent. Just remember to cancel your free trial before it ends so you don’t get stung with a subscription fee.

With so much competition out there when it comes to telcos in Australia, mobile providers tend to offer amazing deals - to new customers only. But the good news is that it’s surprisingly easy to change your phone provider; don’t worry, you keep your phone number (our friends over at WhistleOut have written about how easy it is to keep your phone number when you switch providers).

Providers often offer a great deal for six months before it reverts back to original pricing - but because most plans are contract-free, you can leave after that six month deal period and… voila, find a new deal to sign up to.

Make sure you’re not paying too much for internet

One of the most important things to remember when signing up for an internet plan is to make sure you only pay for what you need. If you’re a household of two who just use the internet to watch movies and browse online, you don’t need super fast internet speeds. Find which NBN speed tier is right for you, then change your plan to start saving.

How many streaming subscriptions do you have? Do you need all of them, all the time? With a little planning, you can switch from one provider to another so you only pay for one at a time. Make a list of TV shows and movies you want to watch - make a note of any new releases you want to catch on that streaming service and cancel the subscription after each month to join the next.

And if you’re overwhelmed by the choice of what to watch, we’ve got a little list of reccos to get you started, like the best movies on Netflix or best TV shows on Stan.

Again, a little planning ahead can save you dollars in the long run.

Data: We used data from last year’s report (https://www.reviews.org/au/internet/how-much-do-aussies-spend-on-internet-streaming-and-mobile-in-a-lifetime/) and then multiplied it by the population over 18 years old.

Methodology: To calculate the lifetime cost of being connected, we used the most-recent available pricing data to determine the average monthly price of internet, streaming, and cell phone bills.

To find the average monthly cost of streaming and mobile, we surveyed 1,000 Australians asking them how much they pay on average per month. To find the average internet bill, we used data from the Australian Competition and Consumer Commissions (ACCC) and Cable.co.uk. We scaled the average monthly cost of each of these services and found out how much the current population of Australians will spend on these services in a year and throughout their lifetimes. We sourced life expectancy from the World Health Organization.

To find where Australia ranks among other countries in terms of average monthly price of internet, streaming, and cell phone bills, we used statistics from Cable.co.uk.

Written by
Kate Reynolds
Kate Reynolds is a writer who's at her happiest when there's haloumi on the brunch menu and a dog to give pats to. She's worked as a travel writer, journalist, theatre reviewer, broadcaster and radio creative, and spends her weekends with as much of the aforementioned haloumi and dogs as possible.
Read More