OPPO's first tablet leans closer to the average than the awesome. 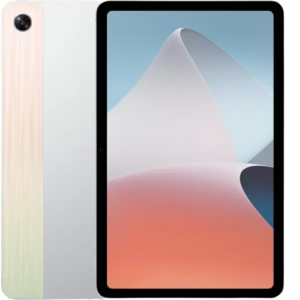 OPPO's first tablet leaves a lot on the table. It's cheap and it keeps things simple enough that casual users won't be able to go all that wrong with it, but it doesn't go far enough when it comes to being better than the other options.

The newly-announced OPPO Pad Air is more than just the brand's first stab at a consumer-grade tablet. It's a timely reminder of where the brand used to be. A throwback to an era of humbler hardware.

The number of brands playing in the premium segment may have shrunk in recent times, but that's only served the make the presence of the Find X5 and the OPPO Watch Free feel that much more earned. These days, OPPO can confidently stand alongside heavyweights like Samsung and Google when it comes to both premium tech.

In contrast, the Pad Air sees OPPO go back to the basics. This is a great place for them to start when it comes to a new category like tablets but one that's not always easy to recommend given both the quality of the competition out there and the compromises found here.

If you're expecting this thing to compete with anything in the Apple iPad range, you might want to reel back those expectations. The reality here is much as it appears and exactly what you'd expect from a first attempt. 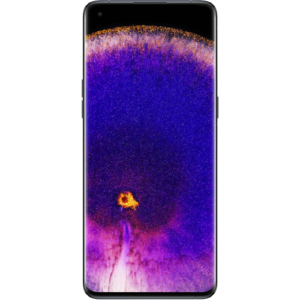 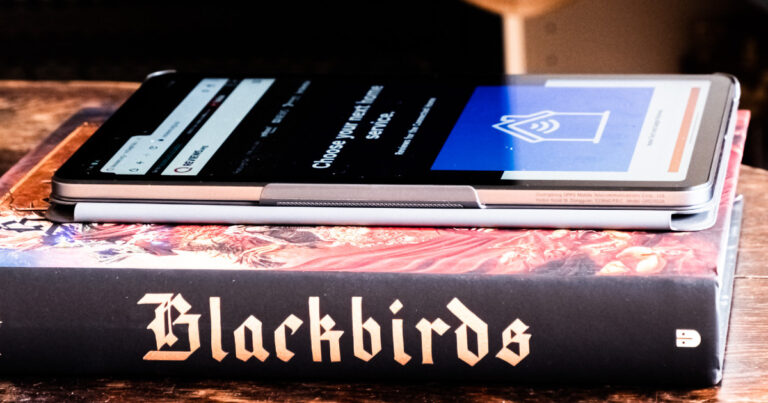 How much does the OPPO Pad Air cost in Australia?

In Australia, the OPPO Pad Air has a recommended price of $379. The smart cover will cost you another $79 on top of that, but the sum total here remains fairly affordable.

The OPPO Pad Air is cheaper than every single iPad in Apple's roster of tablets, not to mention most of the Android-based options. Still, if you're looking to squeeze even more savings out of your next tech purchase then it's definitely worth checking out the table below for a round-up of Australian pricing for the OPPO Pad Air.

A tablet that won't break the bank (or the formula) 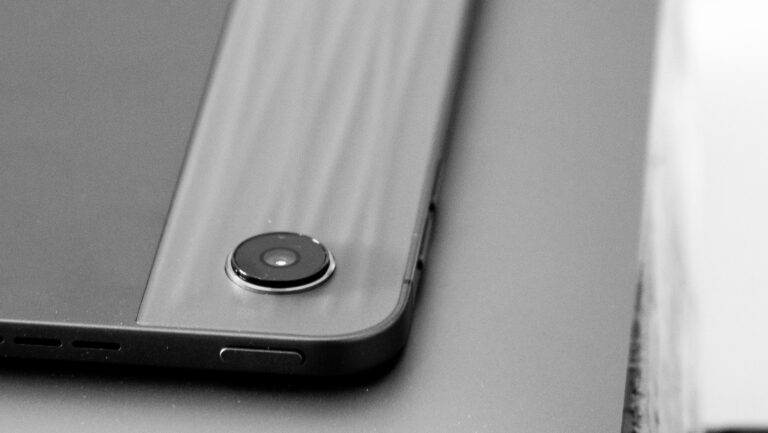 As you might expect from the price involved, OPPO has kept things fairly simple with its first tablet.

The OPPO Pad Air is relatively lightweight at 440g, but the overall form factor isn't particularly thin or sleek. Aside from a textured and two-tone design on the back of the device, the layout here is as by the books as tablets tend towards.

The Pad Air is built around a 10.36-inch IPS display with a 2000 x 1200 resolution, a 60Hz refresh rate and a screen-to-body ratio of 83.5%. Safe to say the screen here isn't exactly giving its namesake a run for its money. It's the epitome of the average when it comes to Android tablets.

The rest of the Pad Air equation is as inoffensive as it is unoriginal. There's a single-lens 8MP camera on the back, a 5MP selfie shooter on the front and a lone USB Type-C port on the bottom-most edge used for charging.

While the unibody of the Pad Air does resemble more expensive tablet devices at a distance, any hands-on time with the hardware will make the difference clear soon enough. The screen doesn't fare well in bright environments, and the quad-speaker setup here is loud enough but doesn't sound particularly good.

Even if it feels surprisingly nice for a sub-$400 tablet, the Pad Air still mostly looks, sounds and acts like a sub-$400 tablet. Perhaps in a bid to help offset these shortcomings, OPPO has outfitted the Pad Air with a few extra tricks that promise to add value in ways that go beyond what you'd expect from a tablet this cheap.

For example, the Pad Air supports fast file transfers with OPPO smartphones in much the same way as AirDrop does with the iPhone and iPad. In addition to files, you're also able to copy text on one device and paste it on the other. These are novel inclusions, but I can't really say that either is compelling enough to radically reshapes the larger value proposition here.

Rounding down your expectations 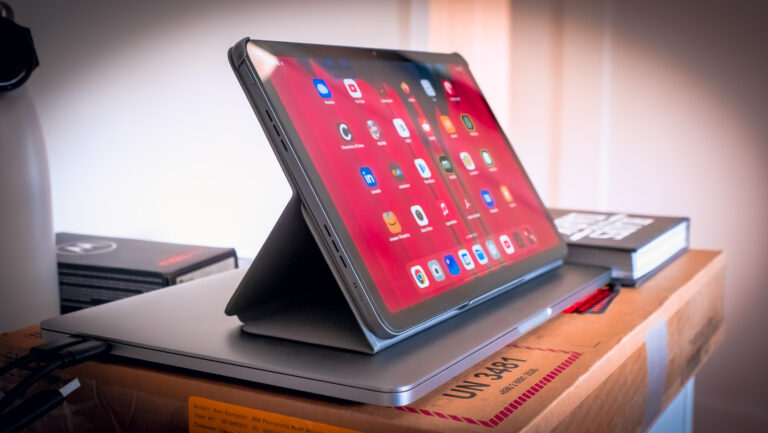 As with design, the specs of the OPPO Pad Air are more likely to be what you expect than blow you away. Under the hood, the tablet rocks a Snapdragon 680 processor, a 7,100mAh battery, 4GB of RAM, and 64GB of expandable storage.

The chunky battery aside, it's not hard to find a smartphone with better specs than what the OPPO Pad Air has to offer. The hardware here will work in a pinch, but it rarely comes together cleanly and it's easy to wish for a few extra gigabytes.

Even 2D deckbuilders like Dawncaster or card games like Marvel Snap sometimes struggled to run smoothly on the Pad Air. More demanding titles like Genshin Impact and Apex Legends Mobile were playable but certainly not pretty. Even on the lowest settings, the performance was stuttered enough that any enthusiasm I had for playing games on the Pad Air waned before long.

Simply put, if you're looking for a cheap gaming tablet, the Pad Air isn't it. Those seeking to use this thing as an alternative to a Kindle or a more general-purpose content consumption machine might have better chances, but I wish them luck all the same.

The version of ColorOS found on the Pad Air might be playing with a bigger canvas than the one found on OPPO's smartphones, but it's not all that different. At its best, it feels pretty snappy to use and it helps that there's no shortage of UI settings and interface toggles that cater to those who tend to tinker.

The Pad Air isn't powerful or versatile enough to meet all needs, but it does get enough right that you can probably get away with it if your needs are humble enough.

It doesn't hurt that the battery life is as decent as it is. According to OPPO, the Pad Air is good for around 12 hours of video playback. Our testing found that it took a whopping 23 hours and 58 minutes of video streaming via YouTube. That longevity combined with the price involved may make the Pad Air a good option for those seeking a cheap tablet that can keep your kid occupied in a pinch.

The tablet also supports 18W fast-charging via USB Type-C, but it's nevertheless disappointing that OPPO hasn't taken the extra step of squeezing in the faster VOOC charging tech that's common even among the brand's budget devices nowadays.

If Apple's cheapest iPad is off the table or too pricey for your budget, there's one other cheap tablet that's worth considering alongside the OPPO Pad Air: Samsung's Galaxy Tab A8.

Retailing for close to the same price as the Pad Air, the Galaxy Tab A8 slightly smaller display, but that's not necessarily a bad thing. If you want something more compact and don't mind a slightly older processor, then the integration of Samsung's spin on affordable Android-powered tablets may make be worth more than just a look.

Is the OPPO Pad Air worth buying?

You get what you pay for 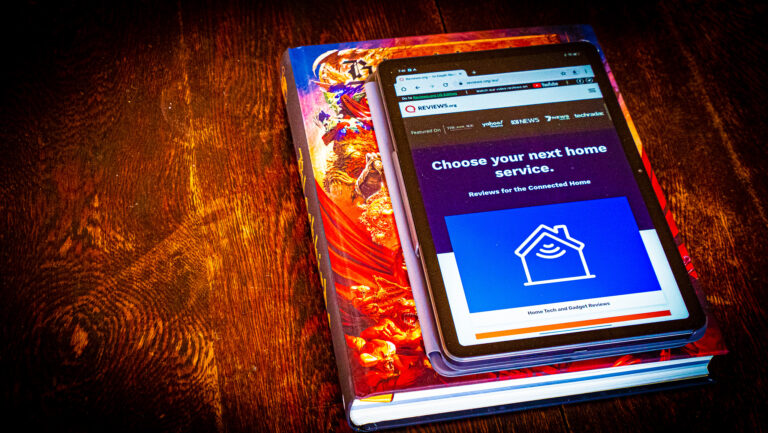 The OPPO Pad Air gets enough right that those looking for a cheap Android tablet shouldn't write it off too quickly. However, at the same time, it does little to mend all the familiar pain points that come with the category.

OPPO's first tablet ticks the right boxes when it comes to the basics, but it fails to go much further than that. It's a solid start that falls afoul of familiar pitfalls. I hope future efforts aim a little higher than just the fundamentals.

I'm convinced OPPO has what it takes to make a standout Android tablet, but the Pad Air just isn't it.

How does OPPO Pad Air compare?

How we review tablets

When it comes to reviewing tablets, we start by examining a given product and getting a sense of where it sits within both the broader tablet category and the specific slice of the landscape that it occupies in terms of price and operating system. By comparing the tablet we're reviewing against its closest matches in both intention and price, we should be able to attain a basic sense of whether a given device represents good value at the recommended retail price.

Once we've got an idea of the target audience that a given tablet is trying to pitch itself towards, we dive right into using it as someone in that market segment might. If a tablet is pitched as high-performance, we'll throw some demanding games at it. If a tablet is more low-key, we'll try using it as a companion device or an alternative eReader. After using a given device for a week or so, we'll write down the stuff we liked and the stuff we didn't like.

Based on our individual experience and the context that our research provides, we then make a final judgement about whether we recommend a given device and why, as well as discuss any specific caveats or reservations that come along with that endorsement.