OPPO is giving away its first tablet for free

But you can also buy it if you'd prefer.

OPPO is bringing its first tablet to Australia next week - the familiarly named Pad Air - and in some cases, it's even giving it away for free. The Pad Air (yes, that's right) will be a free gift to anyone who purchases an OPPO Find X5 Pro or Find X5 between October 27 and November 24. If you were already thinking about picking up an OPPO phone, a free tablet is a nice little bonus. 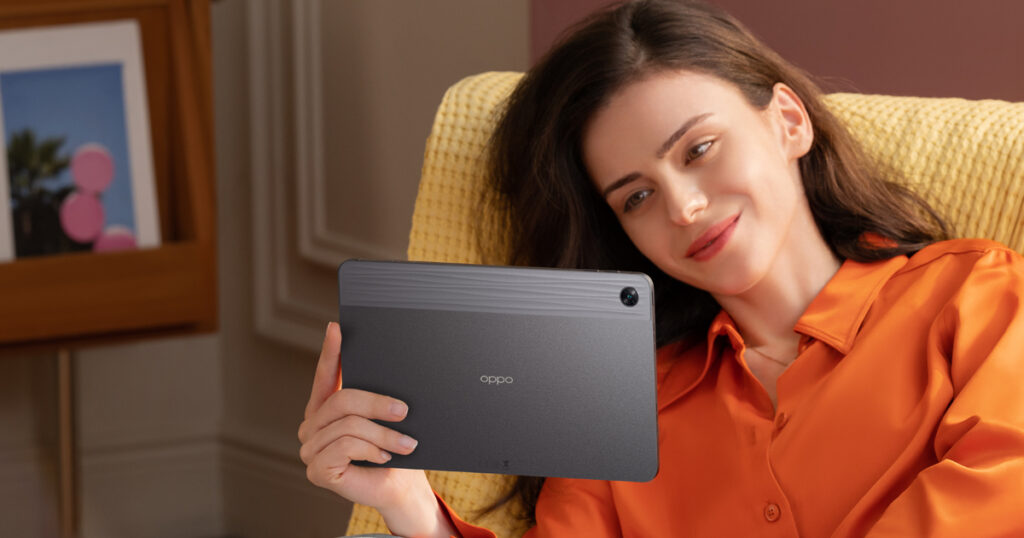 Retailers including Telstra, Vodafone, Woolworths Mobile, JB Hi-FI, Harvey Norman, Officeworks, and the OPPO online store will all be participating in this promo. In addition to the tablet, you'll also get a smart cover for it.

And here's a selection of 24-month Find X5 plans from participating telcos:

If you're keen, just wait until October 27 to buy the phone.

Of course, you'll still be able to purchase the OPPO Pad Air as a standalone product. It's on the more affordable side of the pricing spectrum, retailing for $379. Getting the smart cover for it will cost you an extra $79.

The device itself is a fairly conventional tablet featuring a tried and true mostly-screen aesthetic. Key specifications include a 10.36-inch display, a Snapdragon 680 processor, a 7,100mAh battery with up to 12 hours of movie playback, 4GB of RAM, and 64GB of expandable storage. There's a single 8MP camera on the pack, and a 5MP selfie camera on the front.

OPPO is also making an ecosystem play with the Pad Air. If you also have an OPPO phone, the manufacturer says you'll be able to easily transfer files from one to the other (similar to AirDrop on iOS) and copy text on one device while pasting it on the other.