Filters out the guff with solid room coverage, quiet operation and a price tag that’s a breath of fresh air. 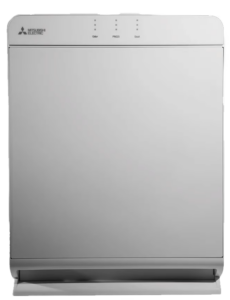 Without the aid of app monitoring, or detailed readouts from air purifiers it can be hard to tell if they’re even working. I kept finding myself sniffing the air, wondering how much of the clean air I was smelling was a placebo effect, how much was the candle I just lit, and how much was coming from the Mitsubishi Electric MA-E85R-A Air Purifier. That is until my pup had a happy little accident, and proved how tangible the results can actually be. 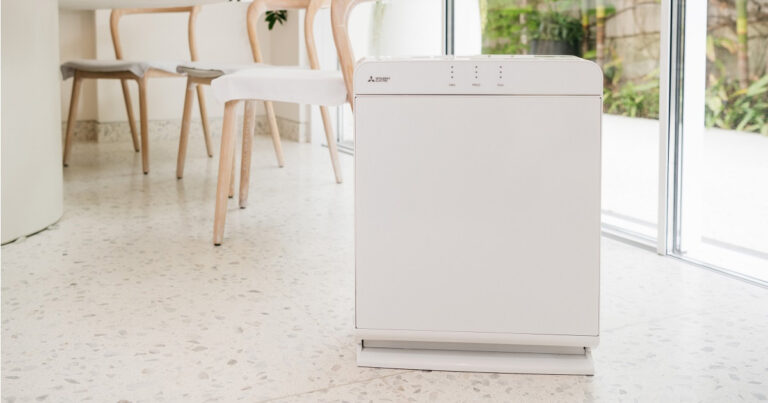 Mitsubishi Electric's MA-E85R-A air purifier is a simple, but effective piece of tech that will clear out impurities. But it doesn’t come cheap. There are other comparable alternatives with a lower price tag, but you’ll either need to be okay with a lourdes machine, or less square meter coverage. If you’re in the market for an air purifier that can handle your whole apartment, then this one may be worth the investment. 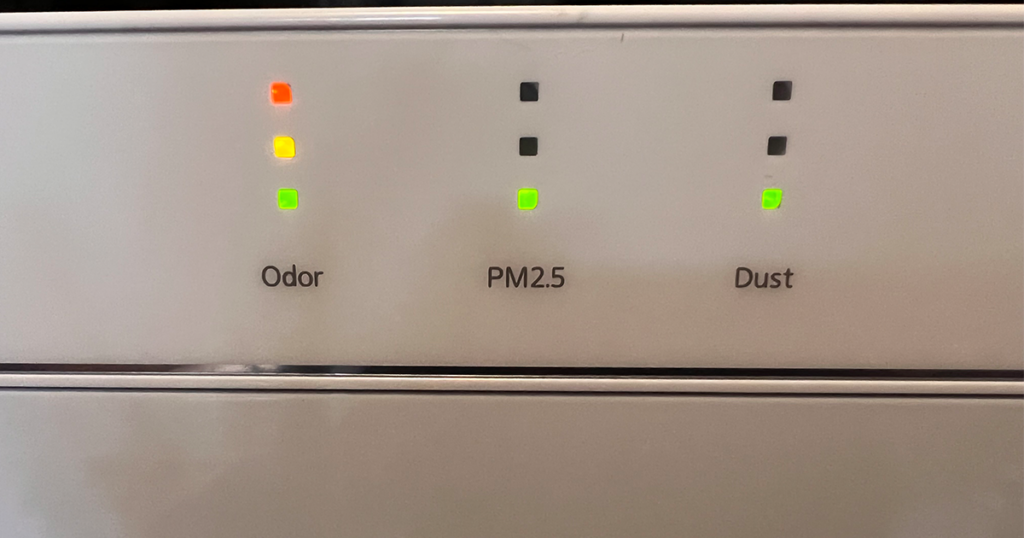 Typically my pup is house trained, but accidents do happen and in this case it happened right on the carpet of my spare bedroom. Unless you’re my real estate reading this, in which case it absolutely did not.

Anyone with pets knows ‘pet smell’ comes along with the package, and it can be especially potent in a small room with poor ventilation after an accident. Odor elimination is one of the three metrics the Mitsubishi Electric Air Purifier concentrates on, which is measured using a traffic-light LED system on the device. Red, amber, and green LEDs indicate how saturated the area is with odor, PM2.5 particles, and dust. Unsurprisingly when I moved the Air Purifier into the spare room, the odor reading was ruby red - an analysis anyone could back up.

The limited manual suggests setting up your air purifier on the opposite side of the room from a fan or air conditioner to get the best cyclical effect. I followed these suggestions, and within an hour of cranking the device up to Turbo speed the smell had noticeably dissipated. By the time I woke up the next morning the odor was green on both the nose, and on the device itself.

You may also notice that the odor indicator goes up while cooking. When this happens I just assume it is an indication that the aroma of what i'm cooking is delightful.

Good coverage for spaces up to 60sqm

It is worth mentioning that the Mitsubishi Electric MA-E85R-A is rated for spaces up to 60sqm, which is around the size of an average two bedroom apartment. Within the spare room, which sits at around 15sqm, I got results at a more accelerated rate. If you were hoping to deodorise a whole apartment you’ll need to have a bit more patience, but the device is certainly capable.

Out of the air purifiers we have tested, the average coverage area is 52sqm which puts this one a bit above average. While you’ll still be able to cover larger spaces than 60sqm the efficiency will drop overall. In saying that, if you have one room in particular that you are most concerned about, say a nursery, your own bedroom, or the room your cats have claimed as their own, then you won’t need to worry about the efficacy being diluted.

A whisper in the wind

The sound of a fan can be enough to lull you to sleep, but long term exposure to high decibel levels can be detrimental to your hearing. As air purifiers tend to run 24/7, loud models higher than 70 decibels run the risk of irreversibly damaging your hearing.

With the maximum decibel levels reaching 55 on the Mitsubishi Electric MA-E85R-A, your hearing isn’t going to be affected, and it is likely you will even forget that it is running. Running the air purifier on Turbo mode (the loudest and most powerful setting) will hit 55dB, but anything less extreme than that will be even quieter.

While you can manually set your speeds, the Smart Scan function automatically adjusts how much work the air purifier needs to put in at any given time. It also keeps the noise to a minimum, only cranking speeds up when absolutely necessary. There is even a Night Mode which is barely audible if you’re an exceptionally light sleeper.

Coming in at $1,199 the Mitsubishi Electric MA-E85R-A Air Purifier is in the upper premium price bracket, and doesn't align with other comparable products on the market.

Air purifiers start as low as $150 and can get up to $1,349, with the higher end reserved for products that cover larger areas. While the MA-E85R-A does cover 60sqm, it is still far more expensive than other machines within that coverage area.

While it is clear that the Mitsubishi works well, the price is still a big one to pay.

You won’t get any sophisticated data, app monitoring, a remote control, or even the ability to schedule the Mitsubishi Electric MA-E85R-A  to turn on and off.

Tracking for the device is only available through the traffic light, LED system directly on the machine itself. While it will absolutely extract dust, and PM2.5 particles (like those from bushfire smoke) from the air, you won’t get an indication as to how much there exactly is.

You’ll also need to control directly from the machine using the collection of buttons on the top panel to set it to what you need, and you won’t be able to schedule it to turn on occasionally. You’re looking at an all or nothing approach.

There is something to be said for simplicity however. If you want something that you can take the plastic off, set, and forget about until it's time to change the filter then this is a good option. 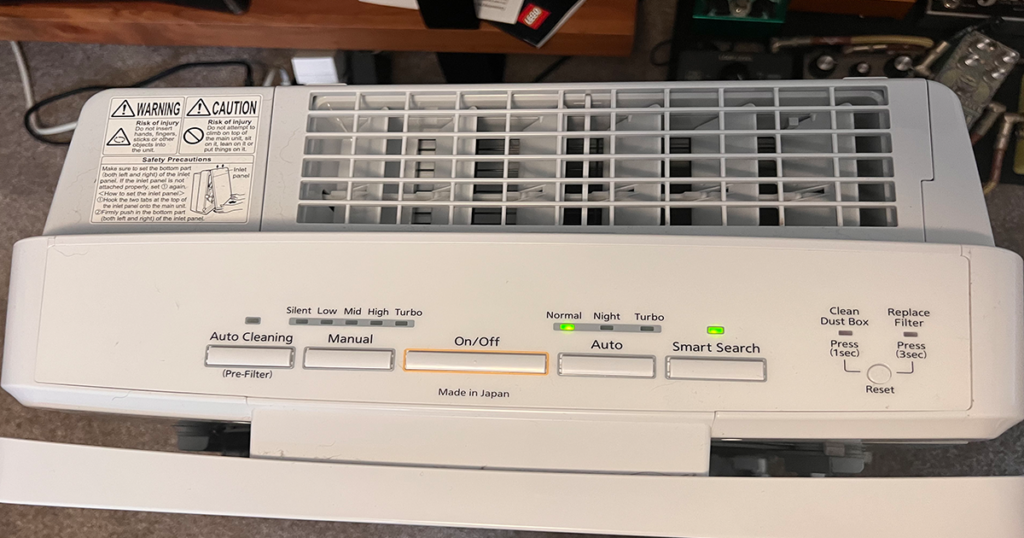 Conclusion: Is the Mitsubishi Electric MA-E85R-A Air Purifier worth buying?

Ultimately the Mitsubishi Electric MA-E85R-A Air Purifier is a solid product that ticks a lot of boxes. The device filters out impurities and odors efficiently across a large area, but the tracking and extras are a little lacklustre.

If you're looking for a simple option that you can just set up, and forget that it exists than this machine will do the job, and do it well. However you'll be paying a high premium for it. If you want a higher level of control or more detail to your air purifier it may be worth looking elsewhere.