Quality results at an affordable price... 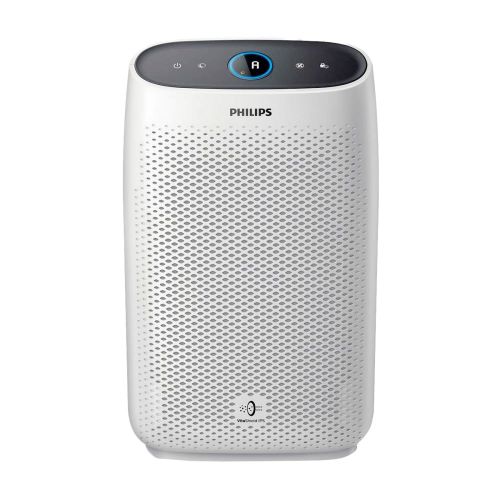 In response to the smoke haze spreading throughout New South Wales this Summer, interest in P2 face masks and air purifiers has skyrocketed. It’s a good thing shoppers are doing their research, too, because air purifiers (and the efficiency they operate at) is a largely unmonitored, unregulated market. That’s what we appreciate most about Philips’ range of air purifiers: they are upfront and transparent about their HEPA filter efficiency and the square-metre coverage they remain efficient at. The difference between 90 and 99.97% efficiency is crucial, especially to people living with respiratory conditions and allergies.

I’ve been using the Philips Series 1000 Air Purifier myself for the last 12 months and I can safely say it’s one of the best purchases I’ve ever made. Here’s why I think it’s your best option for battling dust and smoke this Summer.

What we like about the Philips Series 1000 air purifier

In Australia, a decent air purifier will cost you anywhere between $169 and $1349. Typically, the higher the price is, the more features and coverage you’ll get but that’s not always the case. Case in point: the Philips Series 1000 Air Purifier. At $329, the Series 1000 is over $200 below the average cost for a purifier. It’s one of the most affordable HEPA purifiers on the market, which is outstanding considering its specs.

Covers a larger area than most

When you’re shopping for an air purifier, one of the most important features to look for is the square-metre size of its coverage. Most bonafide HEPA filters will catch 99.97% of particles measuring down to 0.3 micrometres but if it’s used in a room or house that’s larger than what the product is capable of operating in, that efficiency begins to plummet.

The Philips Series 1000 Air Purifier works efficiently in areas up to 63 square metres in size. That’s above the average 52.3 square metres for air purifiers in Australia. That’s nearly the size of an average two-bedroom apartment. That might not seem like much but typically multiple air purifiers are recommended in larger houses and some people will have particular rooms (like a nursery) that they are most concerned about.

Typically, air purifiers are built to run throughout the night and usually in bedrooms for the best effect, so the noise they generate (or the noise they don’t) can be a dealmaker or dealbreaker for fussy sleepers. Out of all the purifiers we’ve reviewed and rated, the Philips Series 1000 had the lowest maximum decibel rating according to the information provided by manufacturers.

The average maximum decibel rating for every purifier we analysed was 59.82 dB and the Philips Series 1000 came in at 44% below the average at 33 dB.

We’re in the process of comparing the manufacturer’s decibel claims against the real-life noise production of the purifiers we’ve reviewed and will update this review when we’ve collected the data. However, from personal experience, the Philips Series 1000 has been a mostly silent operator. In the auto and allergen mode, you hear only the slightest whisper in the dead of night.

It runs a little louder when the air quality drops and the fan goes into overdrive but again, I’ve only ever noticed in the dead of night and unless you’re an incredibly light sleeper, the hum of the purifier offers some tranquil background noise to fall asleep to (like a white noise generator).

The air quality indicator is another feature you don’t often see in air purifiers of this price range. It’s a great peace-of-mind feature that lets you know when the air quality in your house or apartment is poor and when it’s healthy. When the air quality is unhealthy the LED ring on top of the Series 1000 will illuminate red, when it’s still poor but getting a little better it will turn purple, then blue-violet when it’s almost clear and blue when the air has been sufficiently purified. It also lets you know when your filter’s had it and it’s time for a replacement.

To give you an idea of how that works, let me tell you a little about my daily routine. I live on a busy freeway. Right outside is a set of traffic lights and a bottleneck leading towards the city. Not only does that mean I wake up to the blissful sounds of road-rage instead of the piercing tweets of morning birdsong, but it also means there are concentrated periods of air pollution in peak hour traffic. Like clockwork, the Series 1000 will go into red alert at these 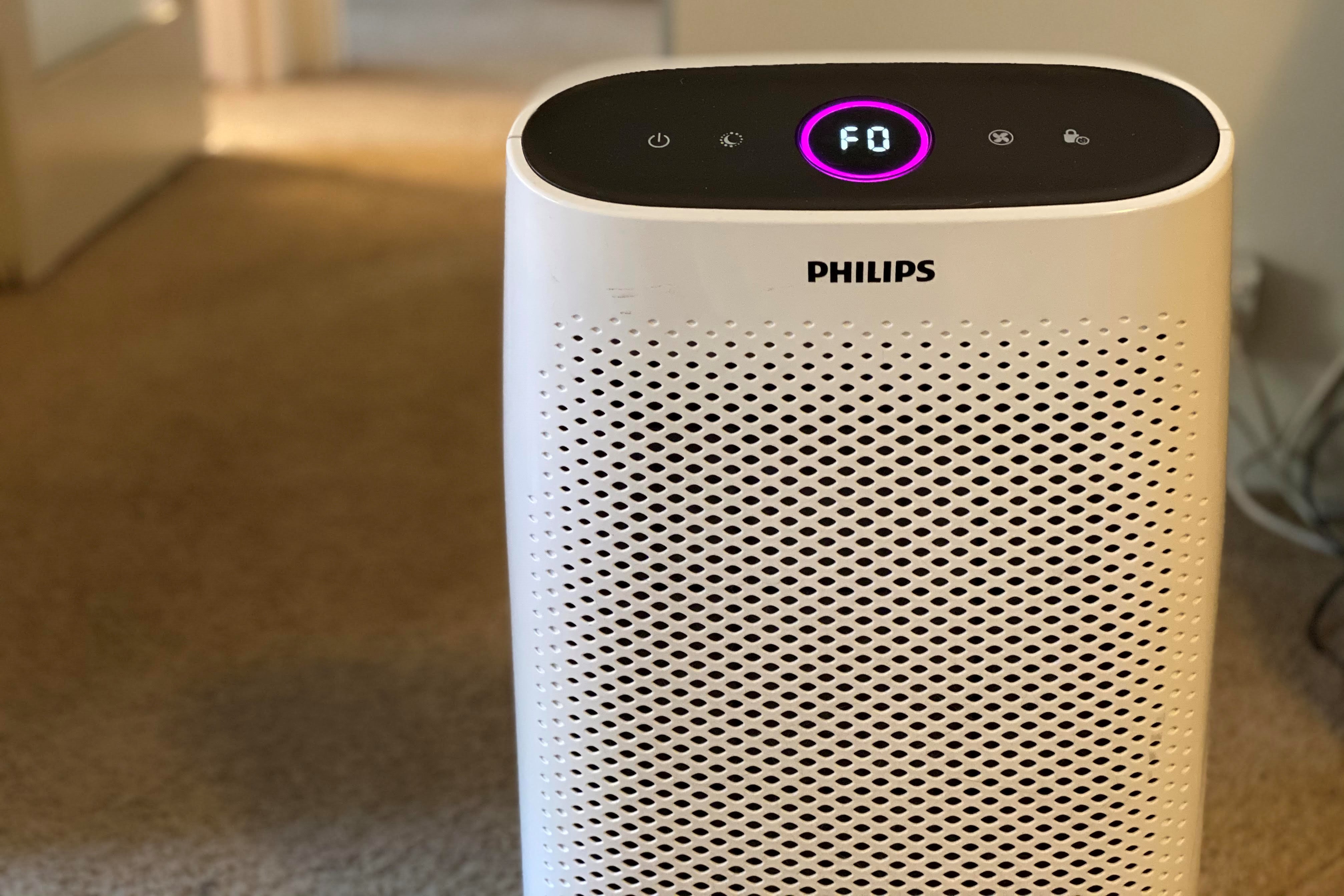 What the Philips Series 1000 could do better

No way to measure PM2.5 particles

If you’re concerned with levels of smoke and other PM2.5 particles in your house, rest assured the Philips Series 1000 will still filter those particles out, there’s just no way to accurately measure the levels of PM2.5 in the air. The LED air quality indicator only gives you a broader analysis of the air quality.

It’s enough to gauge the overall air quality but if you’re looking for a more comprehensive readout, you might want to check out the Dyson Pure Hot + Cool Purifying Fan Heater or a more premium option from the Philips range.

No companion app for scheduling and monitoring

One downside to the Australian Philips range is that they have no internet connectivity and therefore no companion app for monitoring and scheduling features. There are a lot of unnecessary connected home appliances out there but air purifiers are one product where there’s a good case for WiFi connectivity.

Philips sells the “i” series in the U.S. (e.g. Series 1000i) which are Wi-Fi enabled and offer app connectivity via the Air Matters app on iOS and Google Play but these products aren’t currently sold by Australian retailers.

In fact, there aren’t a lot of options for ‘smart purifiers’ in Australia. One of the only WiFi enabled purifiers we’ve reviewed is the Dyson Pure Hot + Cool purifying fan heater.

App monitoring and scheduling can offer peace of mind for people who have family and pets at home during the day. If that sounds like a feature you need, you might have to opt for the Dyson until more air purifiers make their way Down Under. Otherwise, you can ship something from the U.S. and use a power adapter.

Breathe easy without breaking the bank

Stacking up the noise, coverage and filter quality against the price of the Philips shows that it’s ahead of the competition in almost every way but most importantly, my personal experience (and my cat’s experience) the Series 1000 Air Purifier have been nothing but positive. It’s an appliance I never knew I needed but now that I have it, I couldn’t live without it.

It’s easily the product I’ve recommended most to friends and family in 2019.

Check out the rest of the best

See what we thought of Dyson's personal purifier