One of Australia’s best streaming service offers is right under your nose.

Kanopy isn’t as high profile as streamers like Disney+ or Netflix, but the platform is well worth investigating for Aussies in search of something new to watch.

Even if the service is light on original or exclusive content, there’s still a ton of great movies that you can watch for free on it. What's more, so long as you near an eligible library, it doesn’t cost a cent to sign up.

Launched in 2008, Kanopy doesn’t charge a monthly subscription fee or show you ads like SBS OnDemand does. Instead, they partner with local libraries and universities and help them deliver content to members via an interface and app that's comparable to mainstream platforms like Netflix, Amazon Prime Video and Stan.

Those living near one of Australia's state capitals, with the exception of Darwin and Brisbane, likely already live within range of a library that offers access to free TV shows and movies via the service and don't know about it. The easiest and fastest way to find out for sure is by visiting the official Kanopy website. 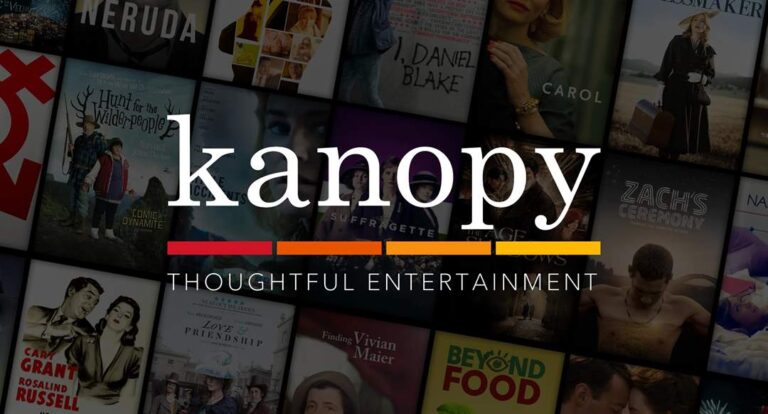 Once you do have a Kanopy account set up, you'll net 10 credit per month. Similar to services like Audible, each credit can be redeemed in exchange for temporary access to a film or TV show on the service. Depending on the content, you’ll have up to 72 hours to watch the digital rental.

There are a number of other caveats here, but it’s not all bad news. Your allowance of Kanopy credits resets on the first day of each month, unused play credits don't roll over to the next month and some TV shows require a play credit for each episode you watch rather than allowing you to rent the whole season in one go.

Importantly, kids content on Kanopy is more-or-less exempt from this system entirely. If you just want to chuck something on to keep a toddler occupied, Kanopy will let you do that without taking a bite out of your own credit allowance.

Even compared to the eclectic catalogs of Tubi or Binge, there's a good mix of films and TV shows to be found here. Older classic films like Rashomon and Kansas City Confidential are listed alongside modern arthouse fare like Only Lovers Left Alive and Dogtooth. There's also Oscar award-winning titles like The Father and Minari, plus critically-acclaimed Australian films The Dressmaker and The Nightingale.

Given that it doesn't cost a cent to sign up for it (assuming you have access to an eligible library), Kanopy is a no-brainer for Aussies in search of their next streaming hit. It doesn't have premium original content like Stranger Things, network TV classics like Scrubs or the many of features you'll find in other streaming services, but it's also free from both ads and subscription fees.

Depending on the quality of your local library, you might be rolling the dice on what Kanopy's best content looks like, but no matter what you won't be out a single dollar.