You could score a $5000 travel voucher thanks to Vodafone

The best things in life are won.

If finally switching your mobile plan was on your 2022 to-do list, Vodafone’s just given you some extra incentive. To celebrate the rollout of Vodafone's Australian 5G network, the telco is giving you the chance to score a $5000 travel voucher or a Samsung Z Flip3 if you sign up to an eligible plan by the 31st of January. 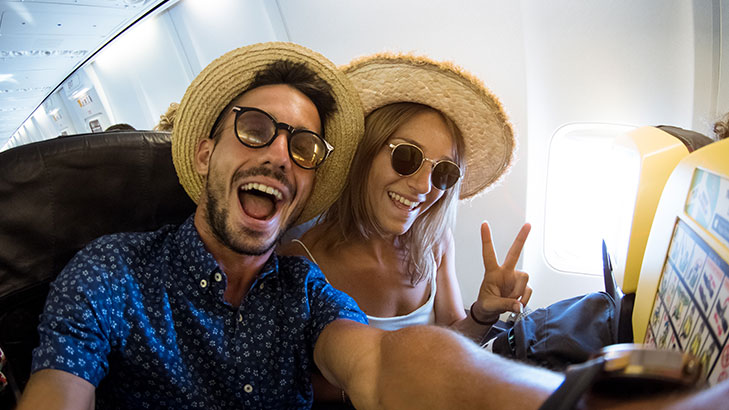 Remember travel? That thing we did before the time of C-who-must-not-be-named? Well there are 20 x $5000 Flight Centre vouchers up for grabs in Vodafone's competition to help scratch that wanderlust itch that’s been building for the last two years. Or you could score one of ten Samsung Galaxy Z Flip3 5G 128GB phones. (Ooft, try and say that ten times quickly).

You gotta be in it to win it, though. The conditions are simple: either sign up or upgrade to an eligible Vodafone mobile phone or mobile broadband plan valued at over $15 per month before the end of January and you'll be automatically entered in the prize draw, yeehaw.

Remember, you’ve got until 5pm AEDT January 31st to go into the draw.

What about my phone number?

If you’re worried about losing your phone number when you change providers, don’t stress. You always have the option to hold onto your digits when you change telcos, you just need to let them know before you complete the sign-up process (don't worry, it's usually the first question they ask). When you sign up online, sometimes they’ll use the phrase ‘mobile number portability’ or ‘porting,’ which is telco talk for keeping your old phone number.

Vodafone offers access to its 5G network across all of its mobile plans. Of course, you’ll also need a 5G-compatible device to connect to network. The below phones are all 5G-enabled and are available on the Vodafone network:

The next step is checking to see if your area has access to Vodafone’s 5G mobile network. Use the interactive map below to double check.