Charting the Samsung Galaxies from A to Z: Samsung smartphones guide

A breakdown of the different families of Samsung Galaxy smartphones, what sets them apart, and what they’re best at. 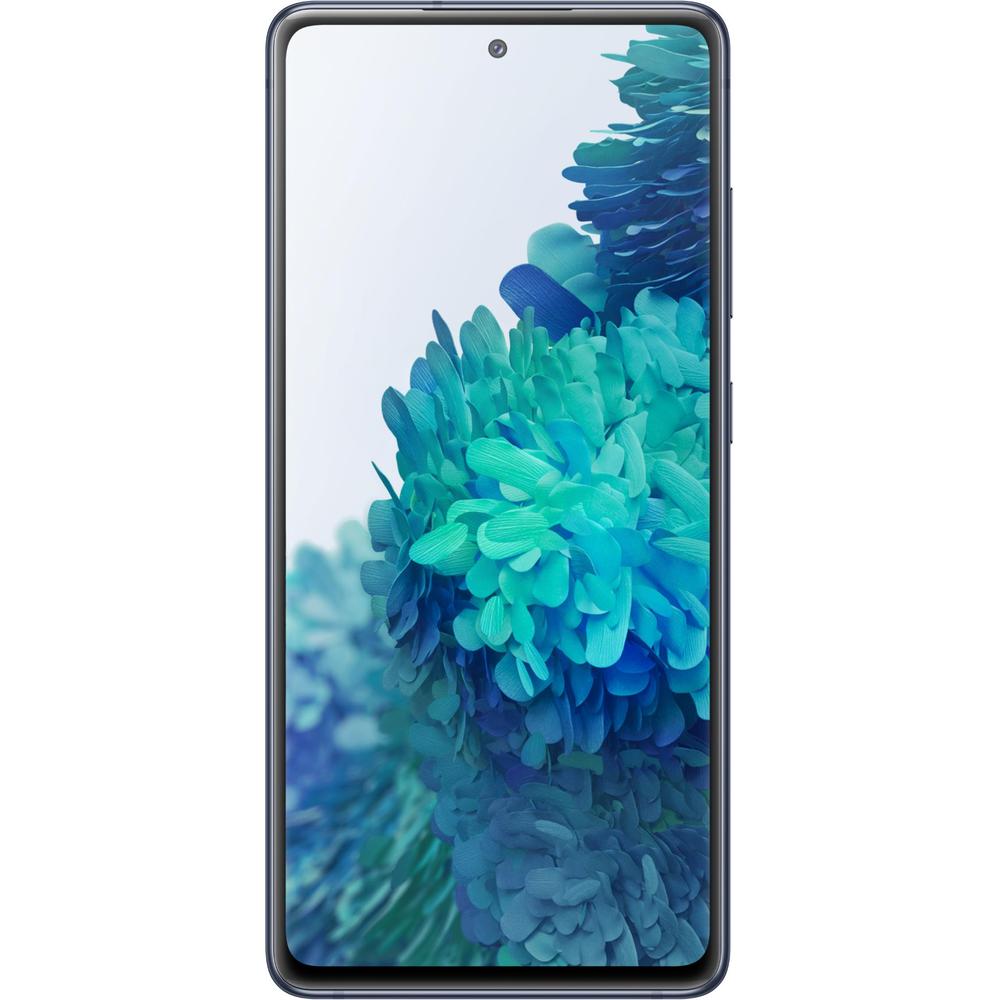 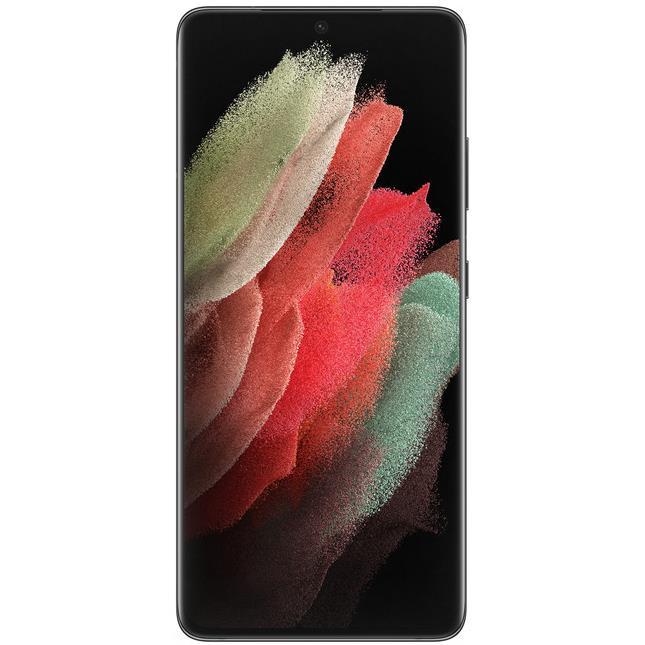 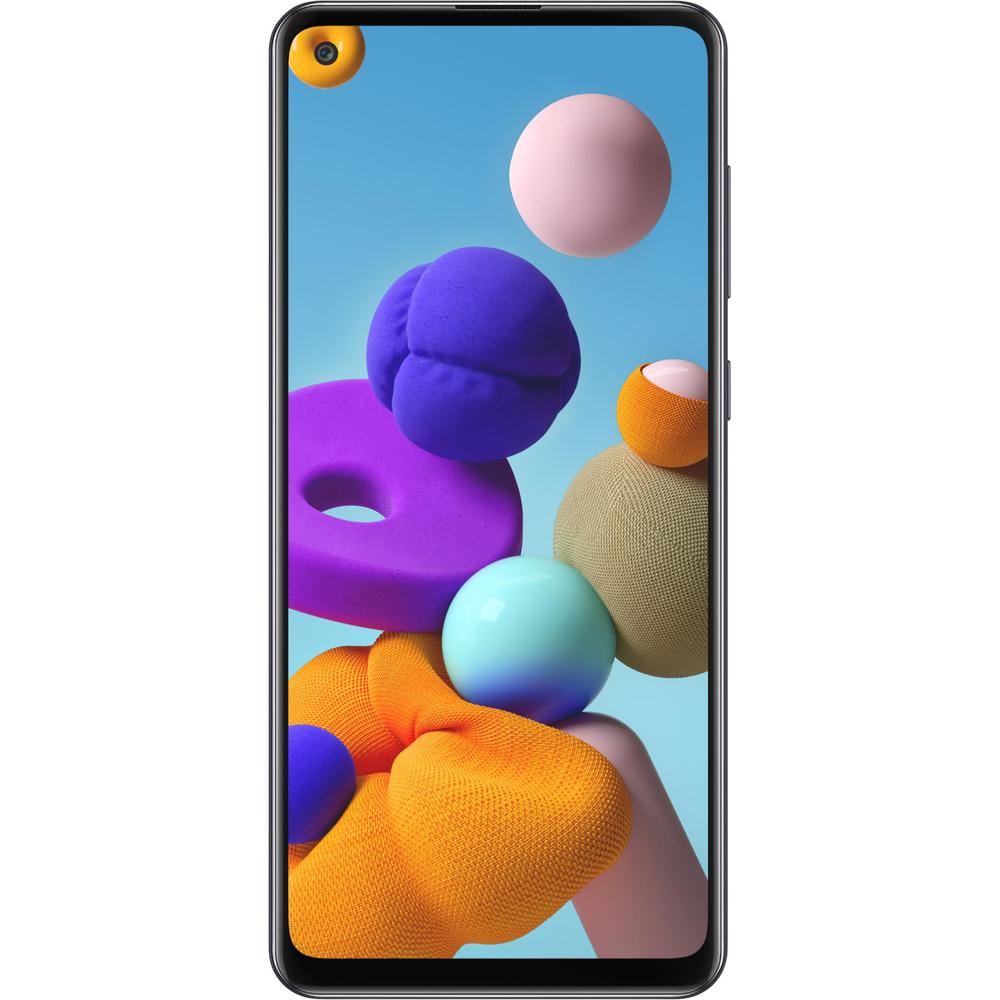 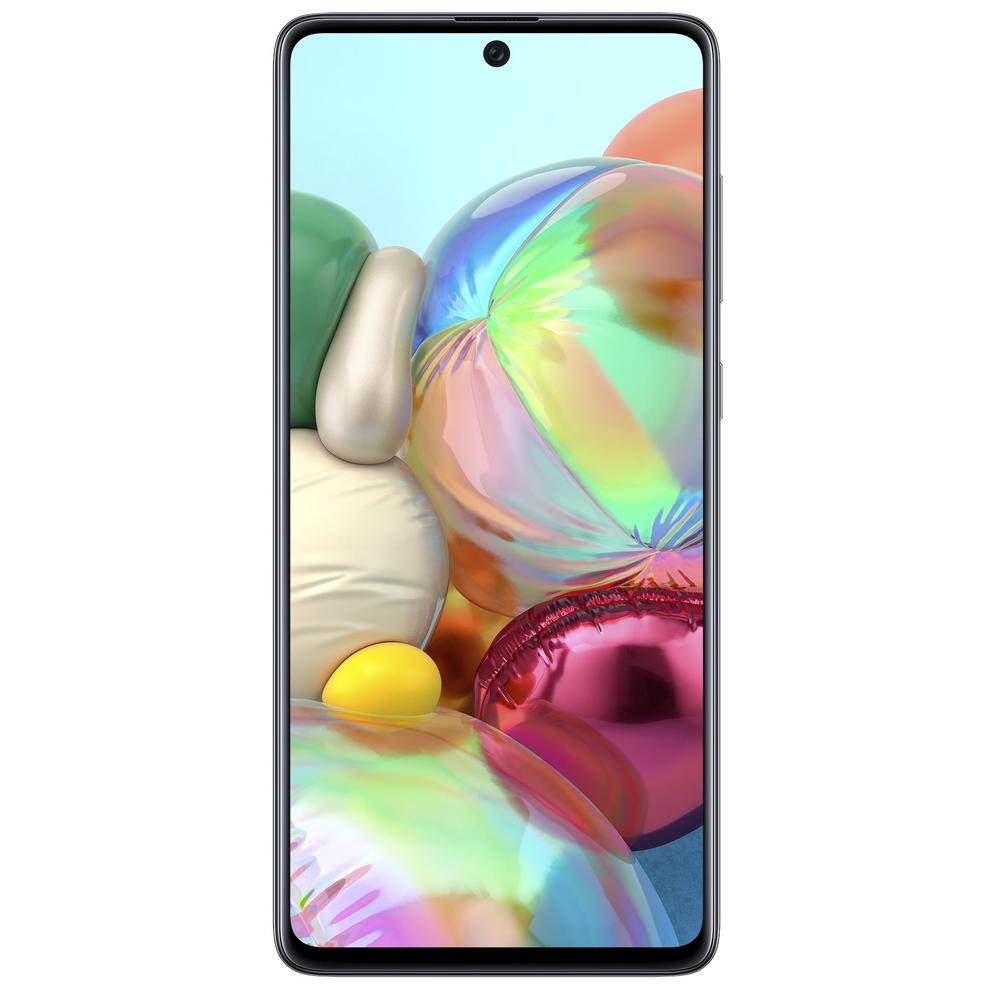 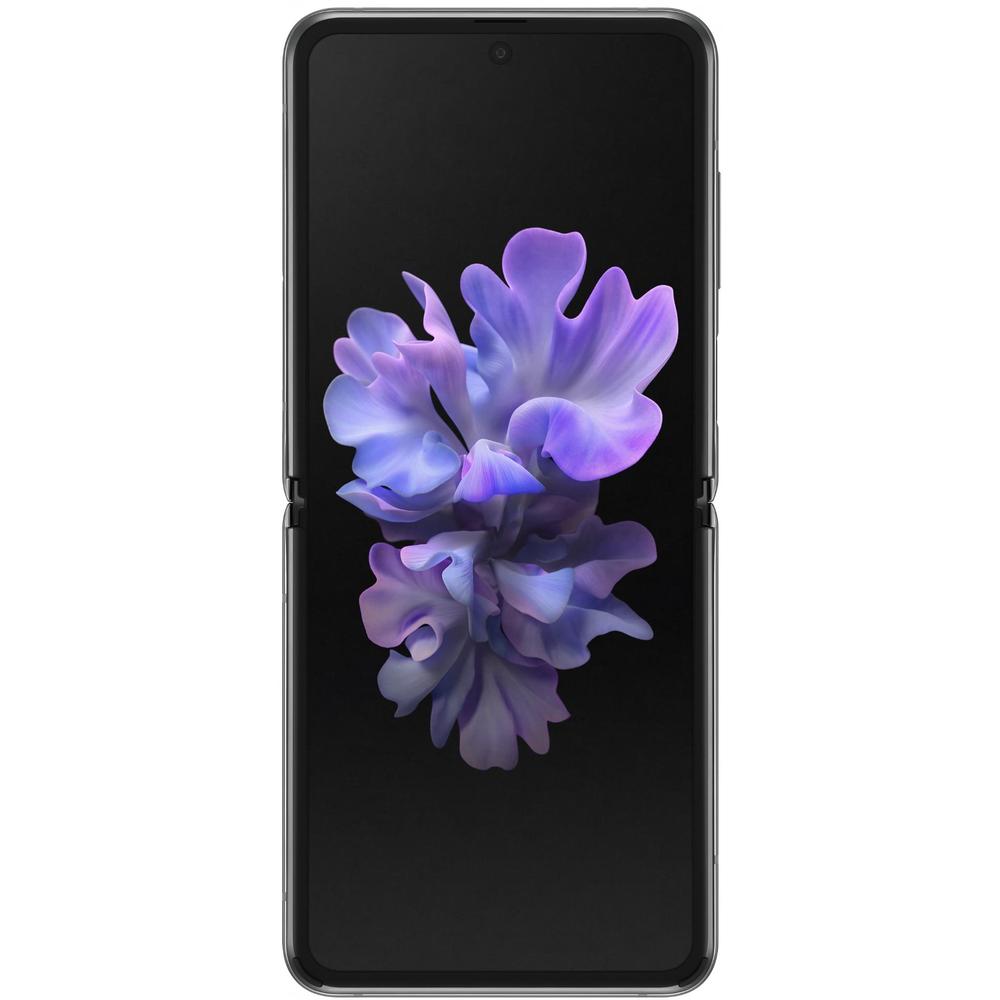 What's the difference between Samsung Galaxy A, S, Z and Note?

All prices are effective as of 1/2/2021. Offers and availability may vary by location and are subject to change. 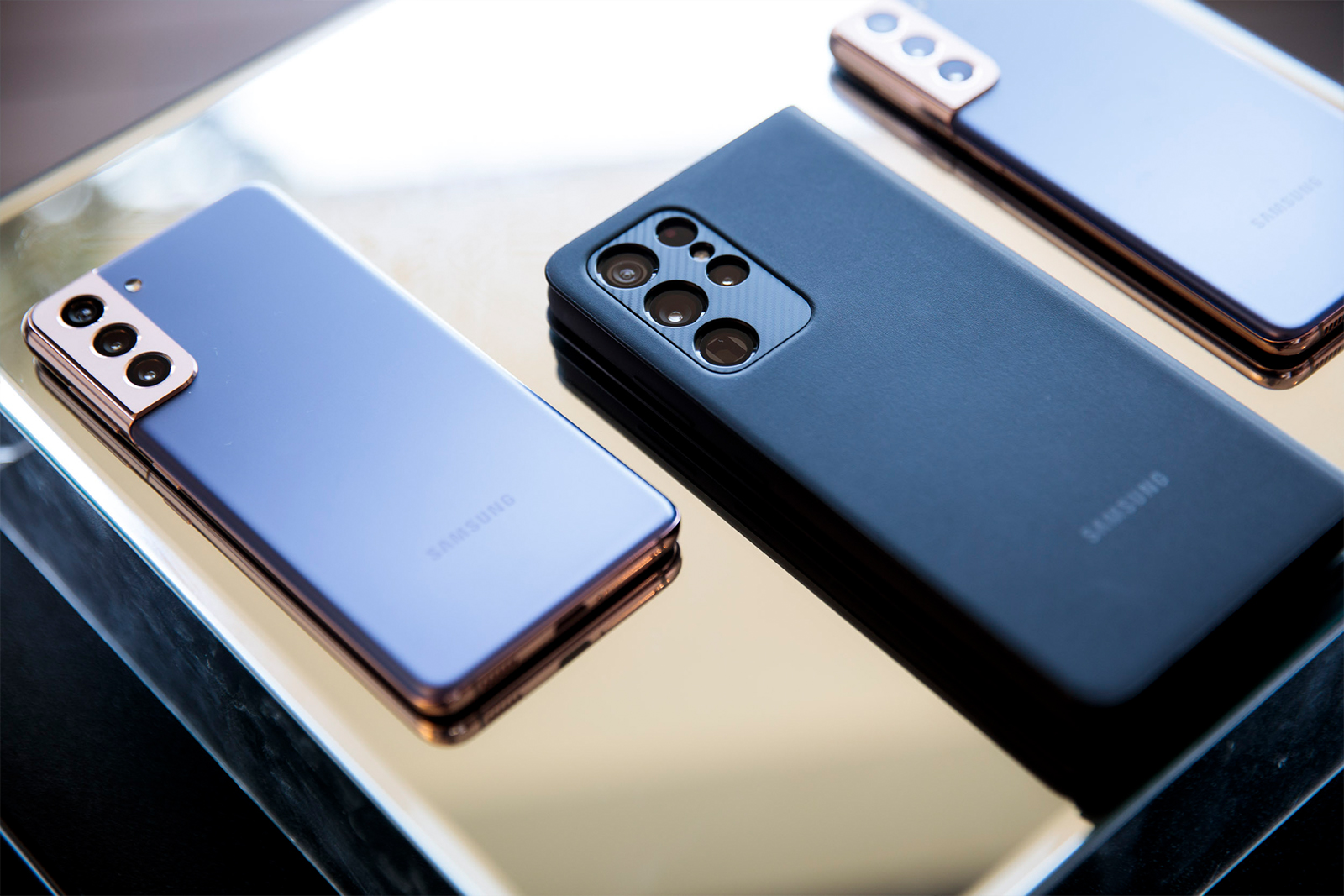 The reason you hear about Galaxy S smartphones so often is because it’s Samsung’s flagship range with yearly iterating core entries like the Samsung Galaxy S21, which also includes refreshes like the late-2020 release of the Samsung Galaxy S20 FE. This is where you look when you don’t mind starting your budget at around $1,000 and are seeking a speedy phone with a great display and camera versatility.

If you want the cheapest, latest entry into the Galaxy S line, stick with the Samsung Galaxy S20 FE. The reason we’re recommending the S20 FE 5G model over the regular S20 FE version, though, is it feels odd to recommend a premium-priced handset in 2021 that doesn’t give you the future-proofed option of using the 5G network.

Outside of this, though, the specs are identical between the two S20 FE handsets, with the only disclaimer that the 5G model gives you the option of either 128GB or 256GB internal storage.

That said, both S20 FE models follow the Galaxy trend of offering expandable storage via MicroSD slot (up to 1TB). Otherwise you’re looking at speedy innards for responsive multitasking, a respectable camera configuration on front and back, and decent 4,500mAh battery capacity.

Below is a list of the most popular Postpaid plans that come with a Samsung Galaxy S20 FE handset.

While you can absolutely take advantage of great handsets in the Samsung Galaxy S21 and S21 Plus variant – including 5G support across the series – the real power of the latest 2021 range is found in the S21 Ultra. Despite the name, you’re not just buying a bigger screen, though 0.6-inch size improvement is complemented by a noticeably higher-resolution screen with more detail and better max brightness.

Whether you prefer a selfie cam for Instagram pics or video calls, or carrying a powerful and versatile rear camera in your pocket, the S21 Ultra has you covered with its 40MP front camera and 108MP rear wide-angle camera. The premium price also nets you better performance, most notably when it comes to the extra RAM for multitasking. The cherry on top is the 5,000mAh battery for reliable all-day battery life, plus S Pen stylus support.

Below is a list of the most popular Postpaid plans that come with a Samsung Galaxy S21 Ultra 5G 128GB handset.

If you like Samsung smartphones but don’t want to budget upwards of $1,000, the Samsung Galaxy A series is for you. Prices start at under $200 to own the A11 outright with pricing tiers reaching all the way up to $899. While you can opt for an affordable Samsung Galaxy phone in the A range, paying $899 offers a future-proofed contender in the Samsung Galaxy A71 5G handset. Don’t expect the innards or cameras to be as flash in the A range, but you should still expect decent performance across the board the more you’re willing to spend.

If you want to go absolute bare bolts on the budget front, you can own the Samsung Galaxy A11 outright for $200. But upping the budget to just under $300 justifies the extra investment at a still-affordable price point. While the A11 and A21s both have 32GB of internal memory, expandable by up to 512GB via MicroSD card, the A21s has a faster processor and more RAM for smoother multitasking.

The A21s’ camera is a marked improvement, too, with a 48MP main performer as part of the rear quad-camera array, and a 13MP selfie cam that’s better than the A11’s 8MP equivalent. While both handsets max out at 4G mobile network connectivity, the A21s has better WiFi support, which includes speedier 5GHz local networks. Finally, the A21s comes with a beefier 5,000mAh battery for improved longevity.

Below is a list of the most popular Postpaid plans that let you pay off a Samsung Galaxy A21s.

If 5G connectivity is important to you, opt for the Samsung Galaxy A71 5G handset, although at $899 RRP, we’d recommend looking at the Galaxy S range if you’re okay with spending that amount.

For a mid-tier alternative that isn’t 5G ready but still packs plenty of power for its price, stick with the A71, which retails for $749, but you can nab for around $600.

Compared to our budget A21s pick above, the A71 is an upgrade in every respect except for battery life (5,000mAh vs 4,500), though the A71 still holds its own in real-world longevity tests. As for other hardware innards, the A71 has a better processor, more RAM (6GB vs 3GB) for more responsive multitasking, and starts with 128GB of internal storage. The screen resolution is better (FHD+ vs HD+), plus both front and rear camera arrays offer higher-res pics.

Below is a list of the most popular Postpaid plans that come with a Samsung Galaxy A71 handset (from Woolworths Mobile and Southern Phone).

There are two main reasons you’d be interested in the Samsung Galaxy Note range: you want a really big smartphone screen and/or you love using a stylus with your handset. Up until recently, the Note series was the only place to find stylus support for a Galaxy phone, but that’s now changed with the launch of the S21 Ultra. And because the S21 Ultra is a cheaper, speedier smartphone, we’d recommend picking up an S21 Ultra over even the top-tier Note20 Ultra 5G.

The only disclaimers here are you’ll deal with a slightly smaller screen (by 0.1 inches), lower starting storage capacity (128GB vs 256GB) and you have to purchase the S Pen stylus separately. Scroll back up to read about the S21 Ultra.

If you’d prefer to go with a Note20 Ultra 5G over our S21 Ultra recommendation, below is a list of Postpaid plans that come with the 2020 handset from Woolworths Mobile and Southern Phone.

The Samsung Galaxy Z series is where you look if you’re after a smartphone with a folding display. Because folding displays are the new tech on the block, you can safely expect to pay a premium here. There are two main options in the Galaxy Z range: the Z Flip and the Z Fold2. The Z Flip folds open vertically and is the cheapest entry point into the Z range. And the ZFold2 is a horizontally folding improvement on the first-generation Z Fold smartphone.

This isn’t the cheapest way to get into the Samsung Galaxy foldable-display market – that’s the non-5G version for $150 less – but we’re recommending the 5G version so your expensive investment is future-proofed. The Samsung Galaxy Z Flip has a vertical fold, meaning it’s built for those who prefer a compact handset like the flip-phones of old.

The design is neat, but it has some limitations in terms of the hardware it can fit inside, most notably the 12MP dual-rear cameras and 10MP selfie camera aren’t as impressive as the S20 or newer S21 handsets.

Still, the Z Flip 5G is lightweight (183 grams), gets decent battery life out of its 3,300mAh battery, and boasts some powerful innards atop 256GB of internal storage.

Below is an updating list of the 10 most popular Postpaid plans from Optus and Woolworths Mobile that come with a Samsung Galaxy Z Flip 5G smartphone. 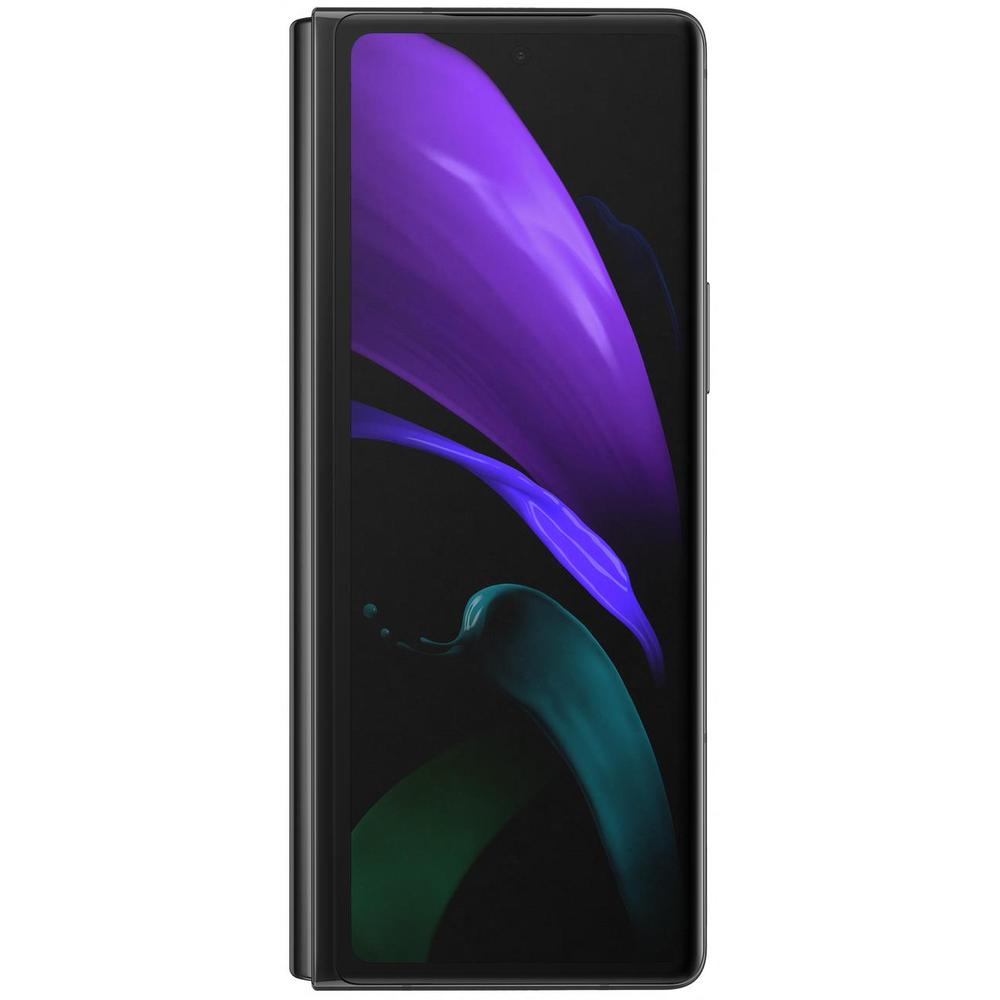 The first Z Fold copped some flak for design kinks that have since been ironed out in the Z Fold2, but at $2,999RRP, you’d hope that’s the case. Like the Z Flip above, the Z Fold2 comes with 256GB of internal storage, which is necessary given the lack of expandable MicroSD storage. It’s 100 grams heavier than the Z Flip, but that’s because of the 2208x1768 display that folds out horizontally like a book.

Folding horizontally has its perks, which includes being able to use this as a regular-looking smartphone, complete with 12MP rear cameras, and a front cover display, which has its own camera (as well as another camera inside whenever you fold it open).

The 4,500mAh battery maintains all-day battery life for a smartphone that’s the equivalent of a pocket-sized tablet.

Below is a list of the 10 most popular Postpaid plans that you can pair with a Samsung Galaxy ZFold2 5G smartphone.

Regardless of whether you shop across Samsung Galaxy S, A, Note or Z categories, there’s money to be saved by opting for an older-model smartphone. The more recent the Samsung Galaxy smartphone, the more expensive it is, which helps drive down the price of older models, even the S20 range from last year. If you don’t mind going down the refurbished route, there’s even more money to be saved from telcos like Boost Mobile and Numobile.

For example, you can pair a refurbished Samsung Galaxy S9+ 256GB plan with a Numobile plan to pay off the handset over a 24-month interest-free period.