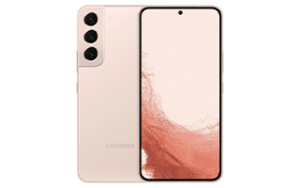 Quick verdict: Samsung Galaxy S22+
The Galaxy S22+ is an exercise in refinement. It's more polished, but it doesn't exactly feel fresh. On one hand, this isn't surprising. The phone market is mature, and the days of big new features every year are long gone. On the other, the Galaxy S22+ feels more iterative than most high-end phones. Without diving into the nitty-gritty, there's not much that's genuinely new. This doesn't stop the Galaxy S22+ from being a good phone. A great one, even. It's a safe pick if you're on an older phone and love Samsung, it just doesn't do too much to stand out from the crowd.

Camera not as good as competitors 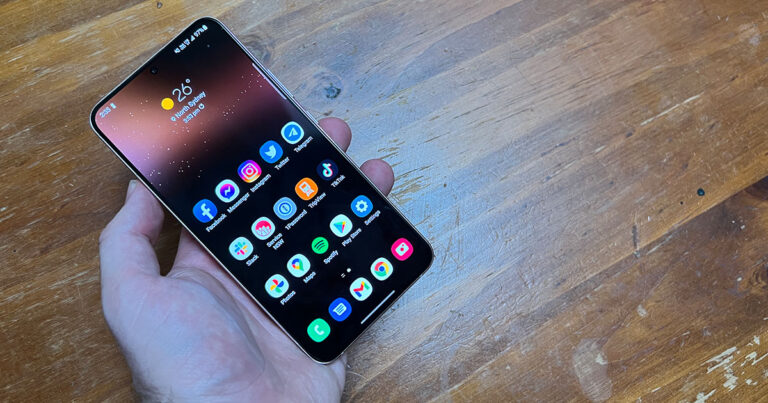 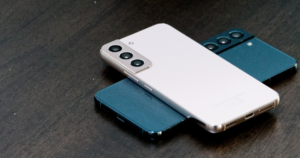 Available outright from $1,549 or on a plan through Telstra, Optus, Vodafone and more.

If you're looking to lock down the Galaxy S22+ outright, you'll pay $1,549 for the 128GB model or $1,649 for the 256GB model through Samsung's online store. If you pre-order, you will also be eligible for a bonus gift from the Samsung store valued up to $258 RRP (think Galaxy Buds or a Samsung Wireless Charger).

Amazon is also running its own pre-order bonus promotion. In addition to the bonus Samsung gift, people who pre-order the S22+ through Amazon will recieve a bonus Amazon Echo Show 8 (valued at $199).

If you'd prefer to pay the Galaxy S22+ over time, it's available on a plan through Telstra, Optus, Vodafone and Woolworths Mobile. Each participating telco offers the same Samsung preorder bonus that you would recieve if you purchased the handset outright.

While the 256GB Galaxy S22+ starts at $64 per month over 36 months through Woolworths Mobile.

Stunning photography but not on par with the best phones from last year. 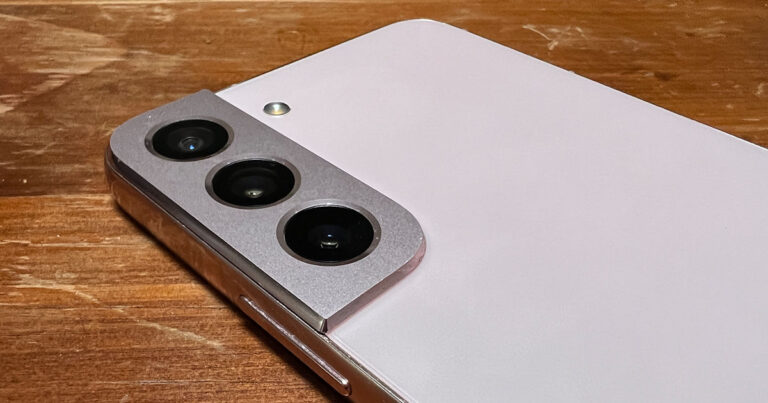 Photo quality is our only real disappointment with the Galaxy S22+. It's not because the Galaxy S22+ doesn't take a good photo - you can get stunning shots - but because it doesn't feel as good as the best camera phones from last year.

Improved low light photography is Samsung's big marketing message for the year, and the results are hit and miss. While the Galaxy S22+ can take brighter photos than last year's Galaxy S21+, camera performance isn't on the same level as the iPhone 13 Pro and the Pixel 6.

The iPhone 13 Pro is the most reliable camera in low light, thanks to a faster shooting time. Images are also more detailed and less prone to camera blur due to a longer exposure. You'll also get a more natural look that preserves more shadows, rather than just brightening the image. (If you want a similar look on the iPhone, it's very easy to achieve with the default editing by reducing contrast and dialling in the shadows.)

The Pixel 6 tends to deliver a cleaner image than the Galaxy S22+. We found that low light photos - especially those including skies - could get a little blotchy pm the Galaxy S22+.

An enhanced portrait mode is one of the Galaxy S22+'s other important new camera features. Samsung says the mode is better at ever than recognising your subject, and ensuring they stay in focus while blurring the background. For the most part, this works very well, but stray wispy hairs still get lost. Notably, this functionality also works on pets.

You do however have to rely on your pets staying pretty still to get a shot. The Galaxy S22+ can be a little slow to shoot. Even just a little bit of animation from your furry friend can lead to a blurred photo, which means you'll probably need multiple takes to get a shot you're happy with. Unless you're super lucky. For comparison, we've found the iPhone 13 Pro to be more reliable when shooting motion. It can also flub a shot from time to time, but it's definitely more consistent.

The Galaxy S22+'s primary lens is joined by an ultra-wide and 3x zoom lens. The ultra-wide works well in most conditions, but performs a little worse than the primary at night. The 3x zoom provides solid results during the day, but is useless without enough light. Image quality degrades quickly as it gets dark. You can also push as far as 30x in terms of digital zoom, but images start looking a bit off from 5x and up. If you're shooting architecture (or less detailed scenes), you can push as far as 10x and still get a decent result. 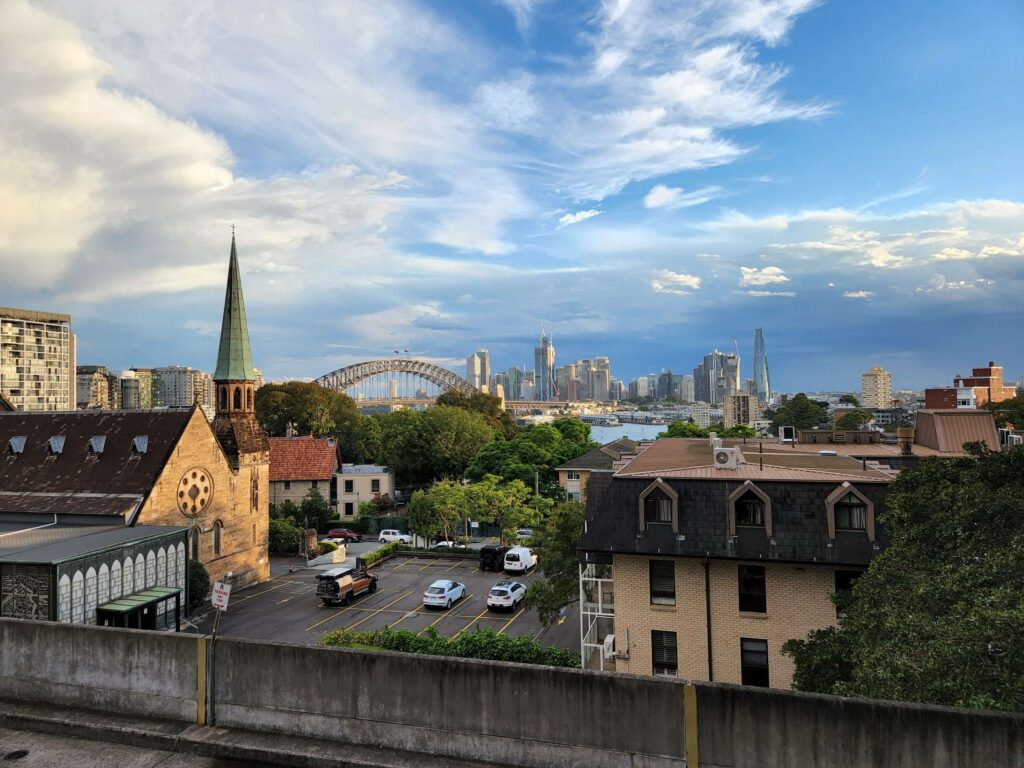 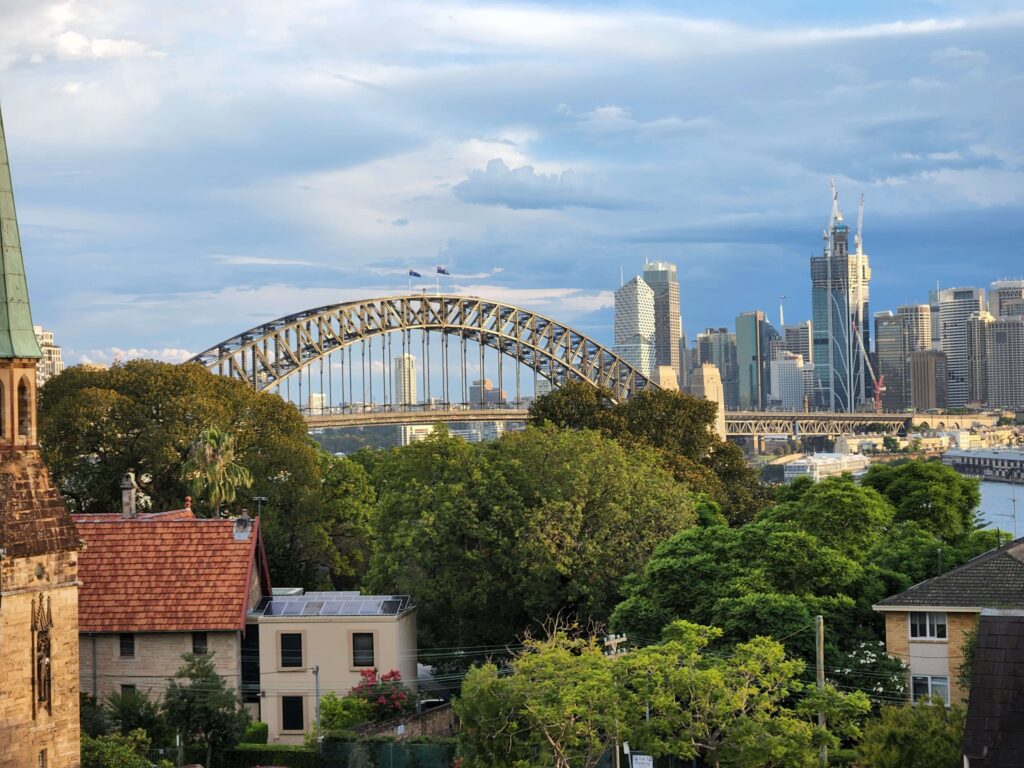 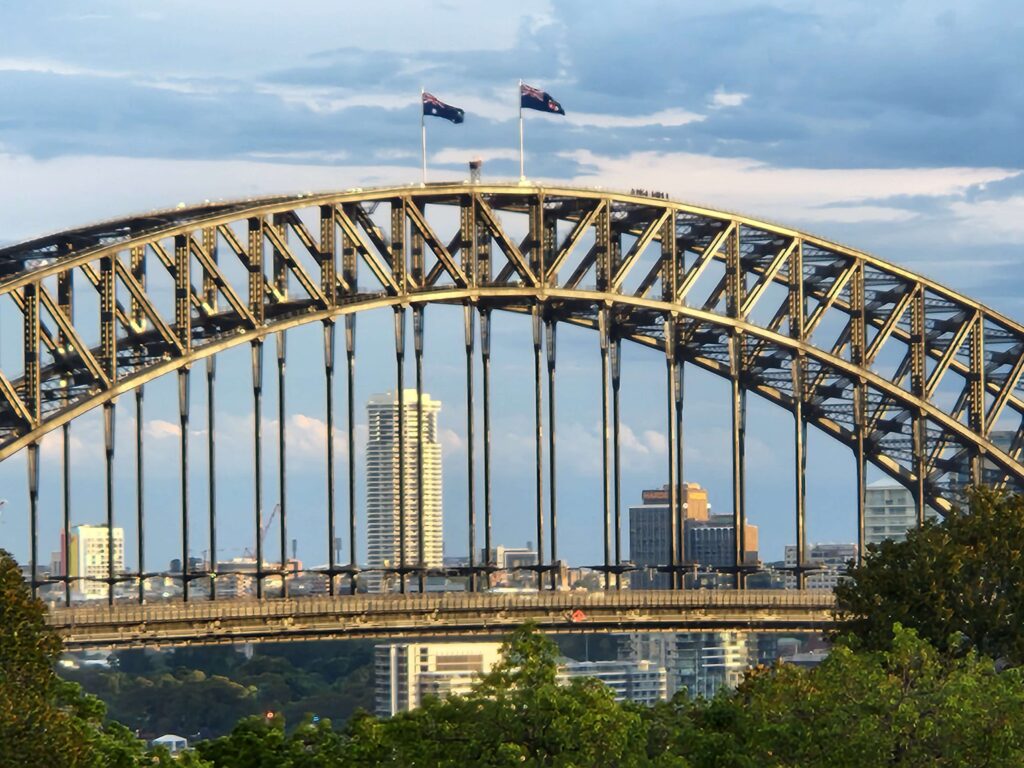 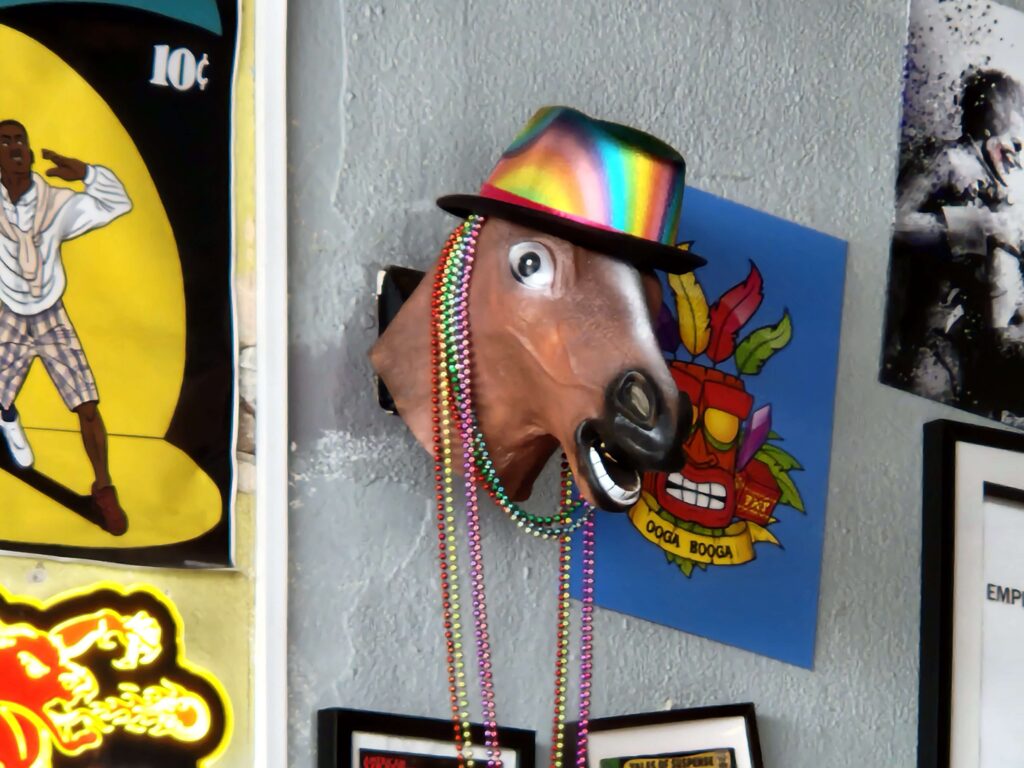 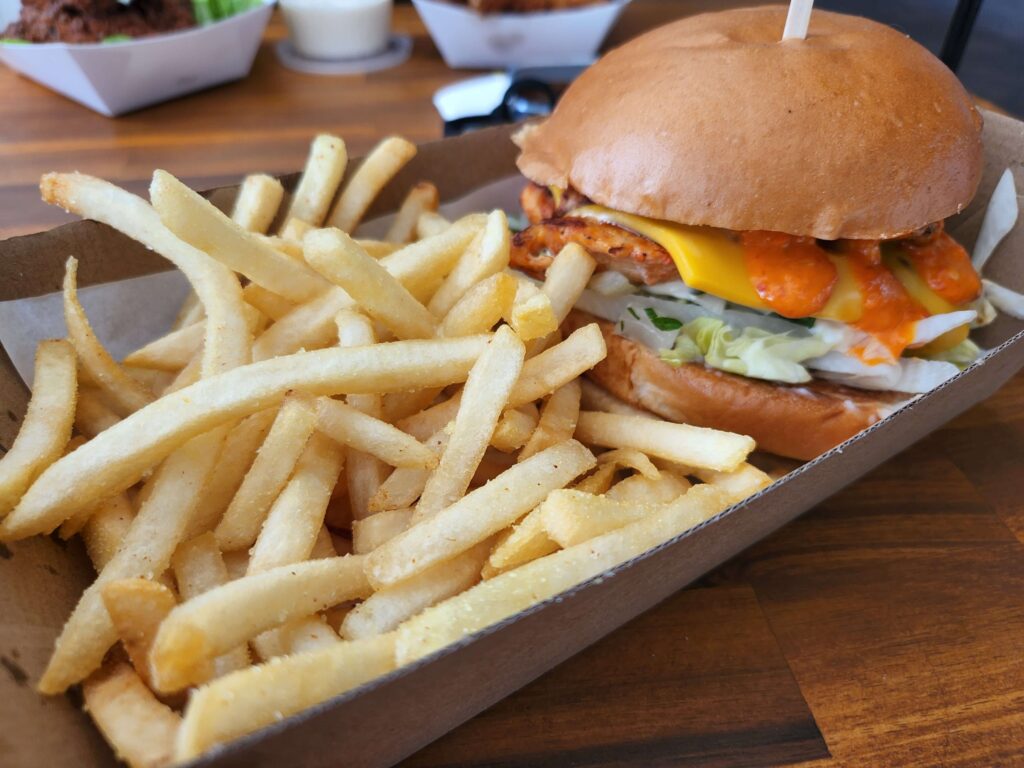 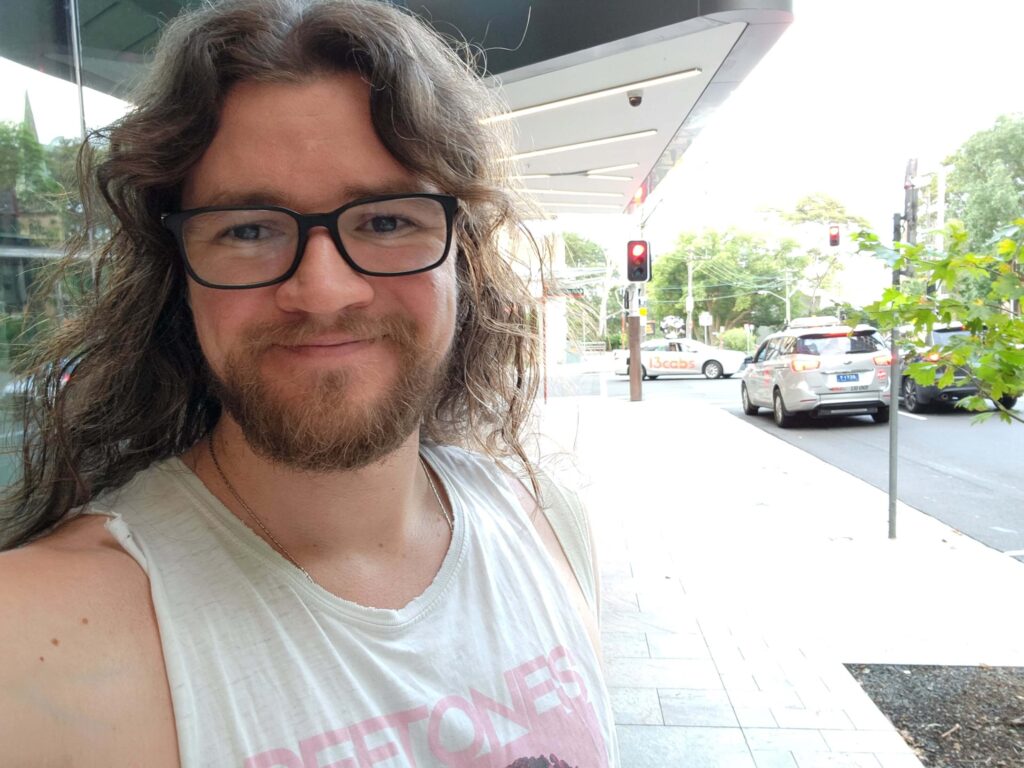 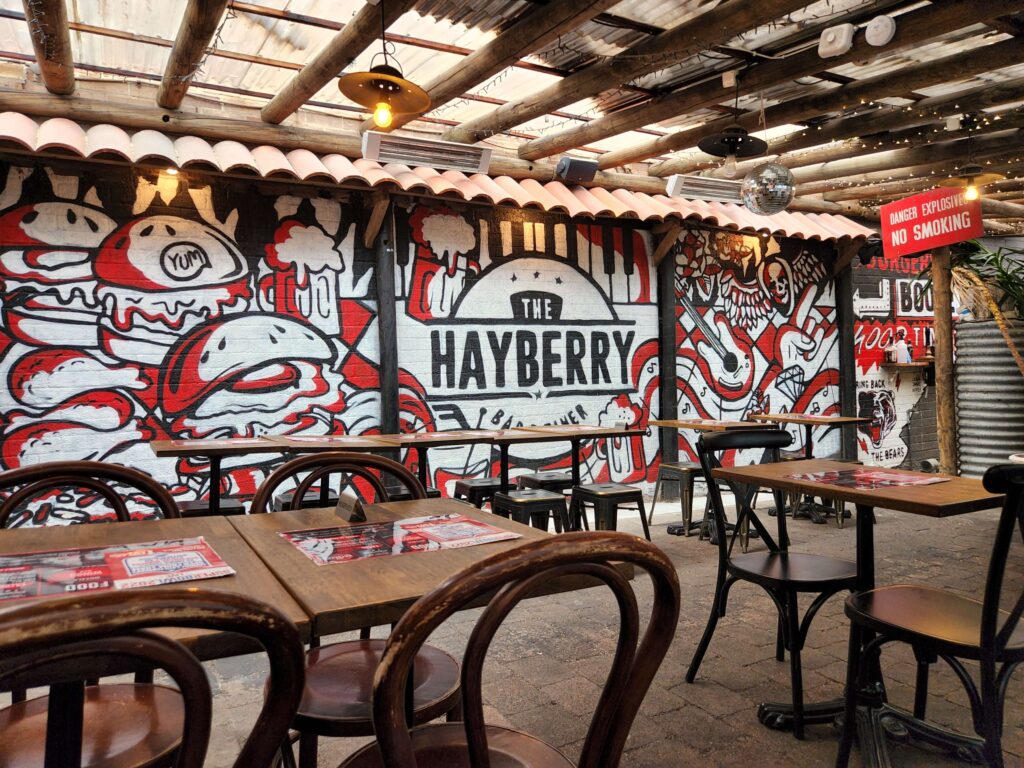 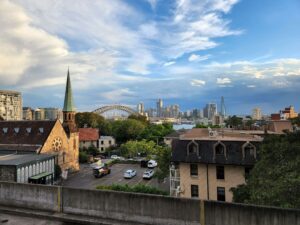 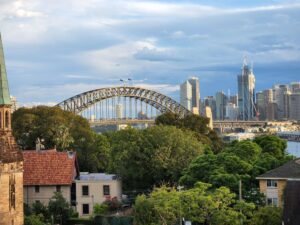 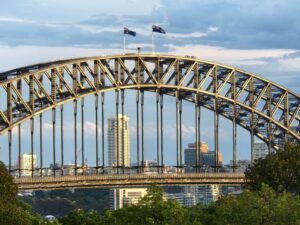 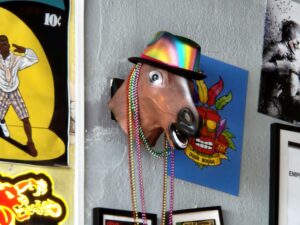 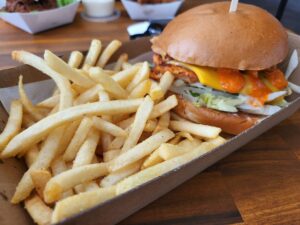 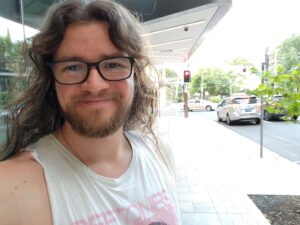 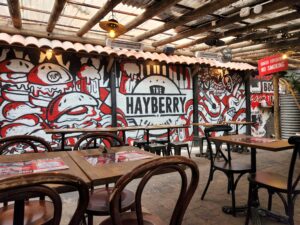 The Galaxy S22+ is a solid performer when it comes to battery life. You can expect around five hours of screen time per charge, which roughly translates to a day of moderate usage with a buffer. Notably, I didn't have to disable the 120Hz refresh rate display to achieve this. High refresh rate displays are one of the more demanding features on modern flagship phones, and in previous years, we've seen them significantly decrease battery life.

One thing we weren't able to test with the Galaxy S22+ is 5G and its impact on battery life. We were provided with an international model for this review, which was unable to connect to local 5G networks. While 5G can be more demanding on battery than 4G, we found its impact negligible 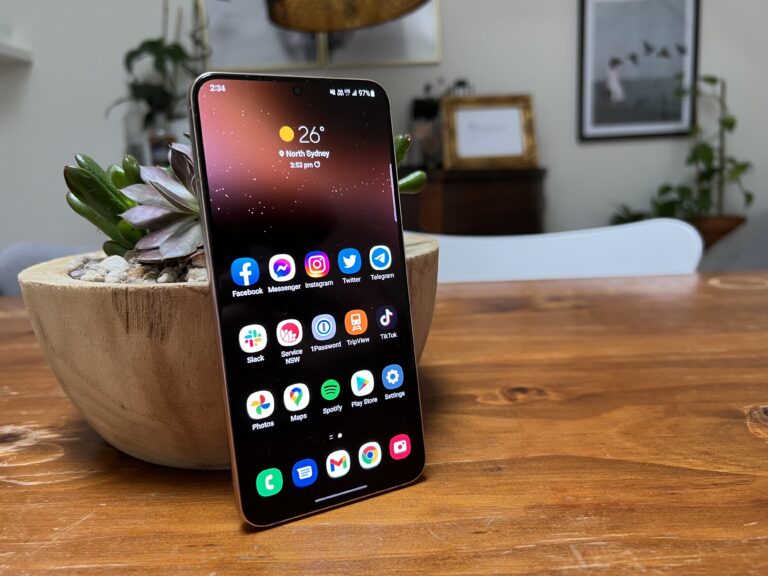 Samsung certainly knows what it's doing when it comes to screens.

To start, the Galaxy S22+ runs like a dream. It's a zippy phone free from performance hitches, as you'd expect from a top-tier device.

The phone itself also looks great. Samsung is among the best when it comes to industrial design in the mobile industry, and this is reflected in the overall feel of the Galaxy S22+. It has nice clicky buttons, and feels great in the hand. It's just a very well made phone.

While the design is pretty similar to last year's Galaxy S21 family, the Galaxy S22+ is actually a little smaller than last year's model. Samsung has dropped the screen to 6.6-inch, down from 6.7-inch in the Galaxy S21+. I'm a fan, as it makes the device just a little more usable with just one hand.

It's also hard to fault the actual display, which is as good as they come. Samsung certainly knows what it's doing when it comes to screens.

The Galaxy S22+ is a small step forward for Samsung. It's a refinement on last year, but not much more. It would have been great to see Samsung really focus on camera quality, given the Galaxy S22+ isn't on par with its rivals in the flagship space.

Other than the camera, there isn't much to complain about, however. The Galaxy S22+ doesn't break any boundaries, but it's a great overall phone. It's an excellent upgrade if you're a Samsung fan on a Galaxy S10 or older (or a similar vintage of phone), but if you're on something newer, don't feel like you have to rush out and get a Galaxy S22+ just yet.