Pro features for a beginner price. 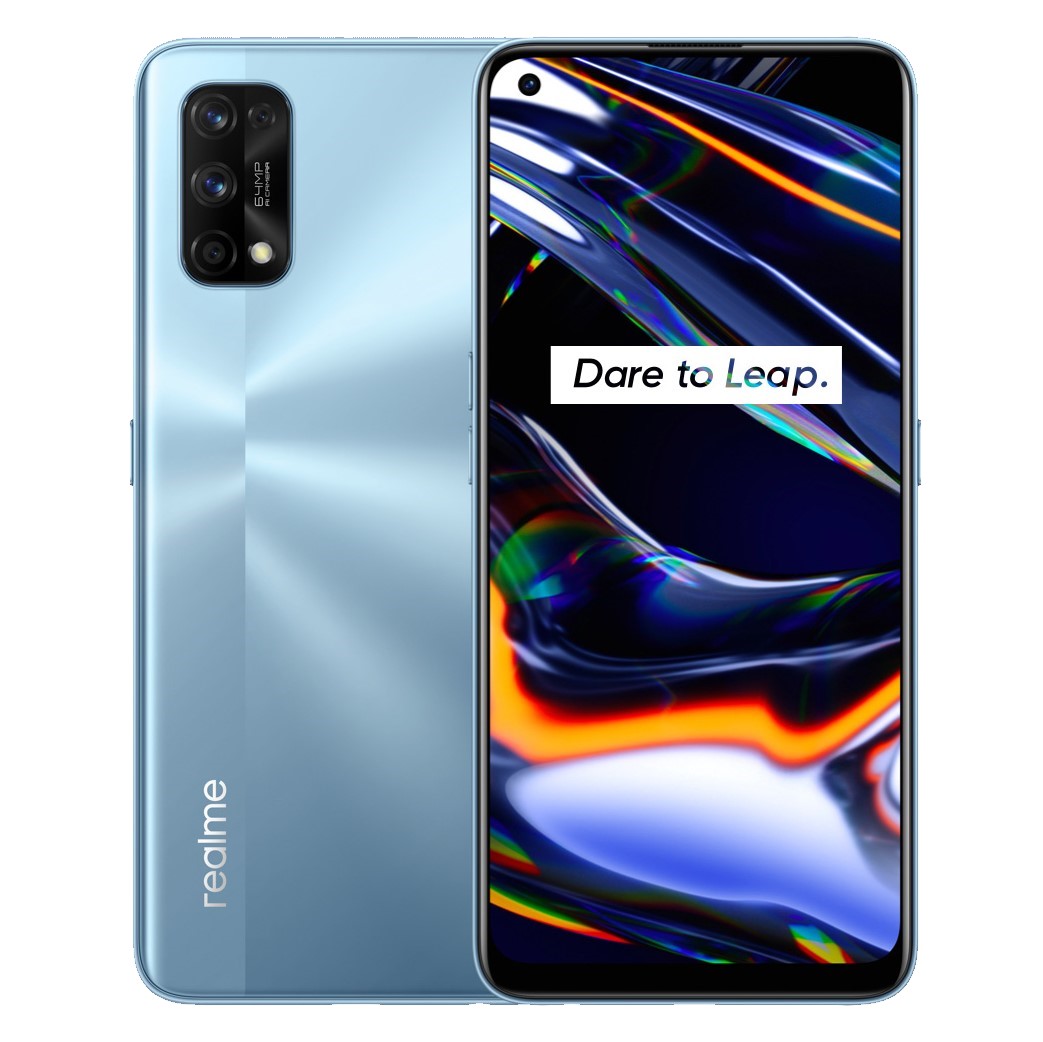 Editor's Pick: The Realme 7 Pro has been added to Reviews.org's guide to the best phones in Australia.

The Realme 7 Pro is the manufacturer’s best phone yet, with a fantastic quad camera setup, unbelievably fast charging and gorgeous OLED screen. It lacks a premium finish and a higher screen refresh rate, but these are worthy compromises for the 7 Pro’s many other selling points.

Despite only being in the Australian market for just over a year, Realme is already making some serious waves with their affordable yet feature-packed devices. The latest member of the budget-friendly family is the Realme 7 Pro, a sub-$600 smartphone with a 64MP Sony quad-lens camera, 65W SuperDart charging and a Super AMOLED display. Sounds good on paper, but how is it in practice? I put it through its paces to find out if it really is as good as it sounds.

A worthy Pixel 4a and iPhone SE challenger.

The Realme 7 Pro retails for $599 (though some sellers have it for less), putting it squarely in the mid-range market and right on par with Google’s 2020 budget buy, the Pixel 4a. On specs alone, the Realme 7 Pro has the tech giant’s pint-sized Pixel well and truly beat. It’s got four cameras instead of just one, a Super AMOLED screen instead of just OLED, an extra 2GB RAM and 65W fast charging instead of 18W.

Likewise, you could fork out an extra $50 or so for the iPhone SE, but on paper, the Realme 7 Pro comes out on top once again. That said, less can sometimes be more, and great-sounding specs don’t always translate to a great user experience, so read on for my thoughts on what the Realme 7 Pro is actually like to use every day.

The Realme 7 Pro comes in two colours: Mirror Blue and Mirror Silver. I tested the Mirror Silver Model (which is more light blue than silver), and straight off the bat, it’s a good looking phone.

In the front, there’s a big, beautiful 6.4-inch Super AMOLED display and a 32MP selfie camera. I would have loved to see a screen refresh rate of 90 or perhaps even 120Hz, but unfortunately, the Realme 7 Pro is just 60Hz. Lack of ultra-smooth scrolling aside, the display is still quite spectacular. It’s incredibly bright, crisp, and owing to its Super AMOLED panel, colours are vibrant while blacks are extra deep.

Out back, there’s an interesting and sleek mirror-like design with about a 1mm rear camera bump. It doesn’t exactly feel premium to hold, thanks to its matte plastic backing, but it doesn’t feel cheap, either. 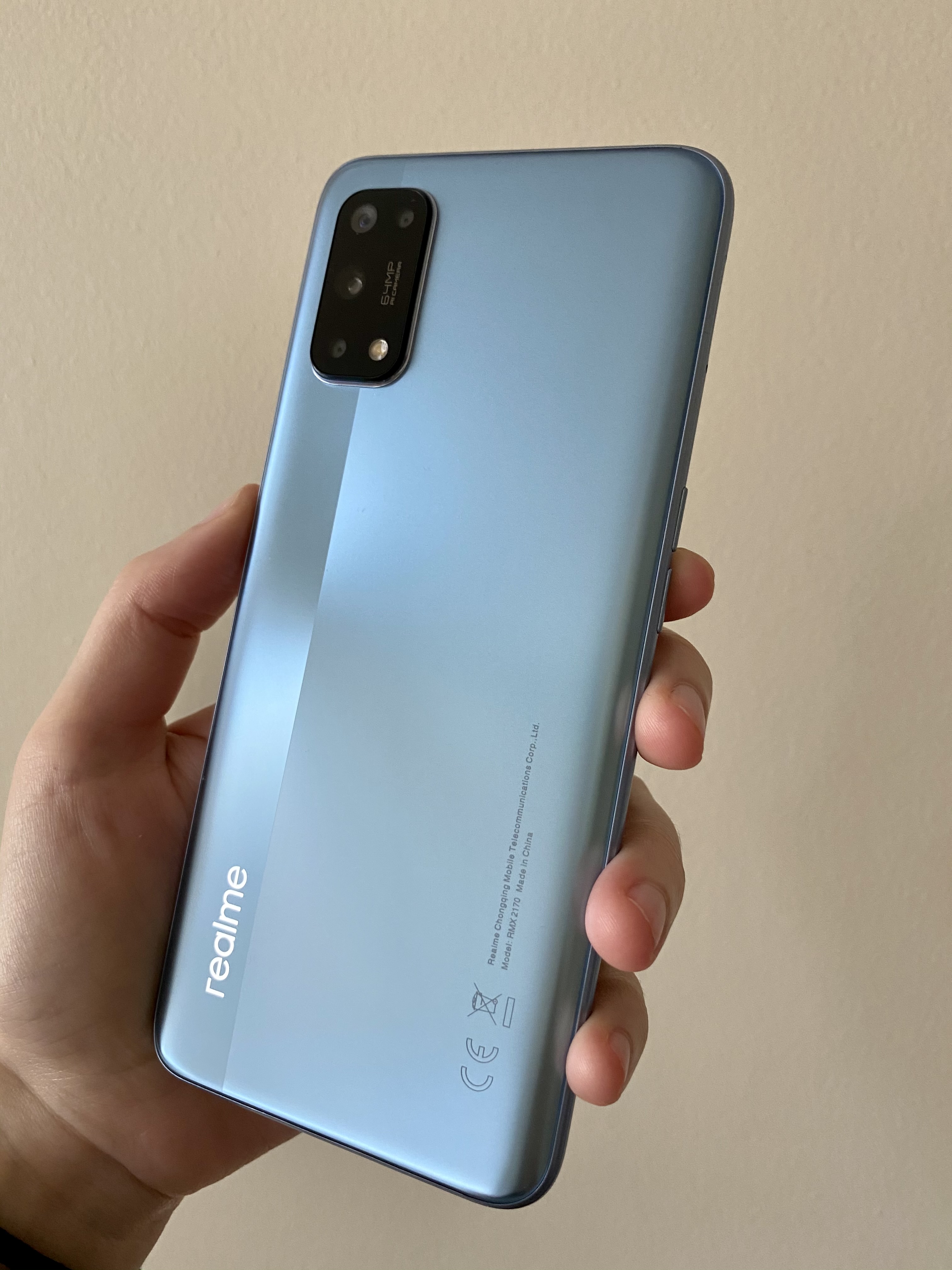 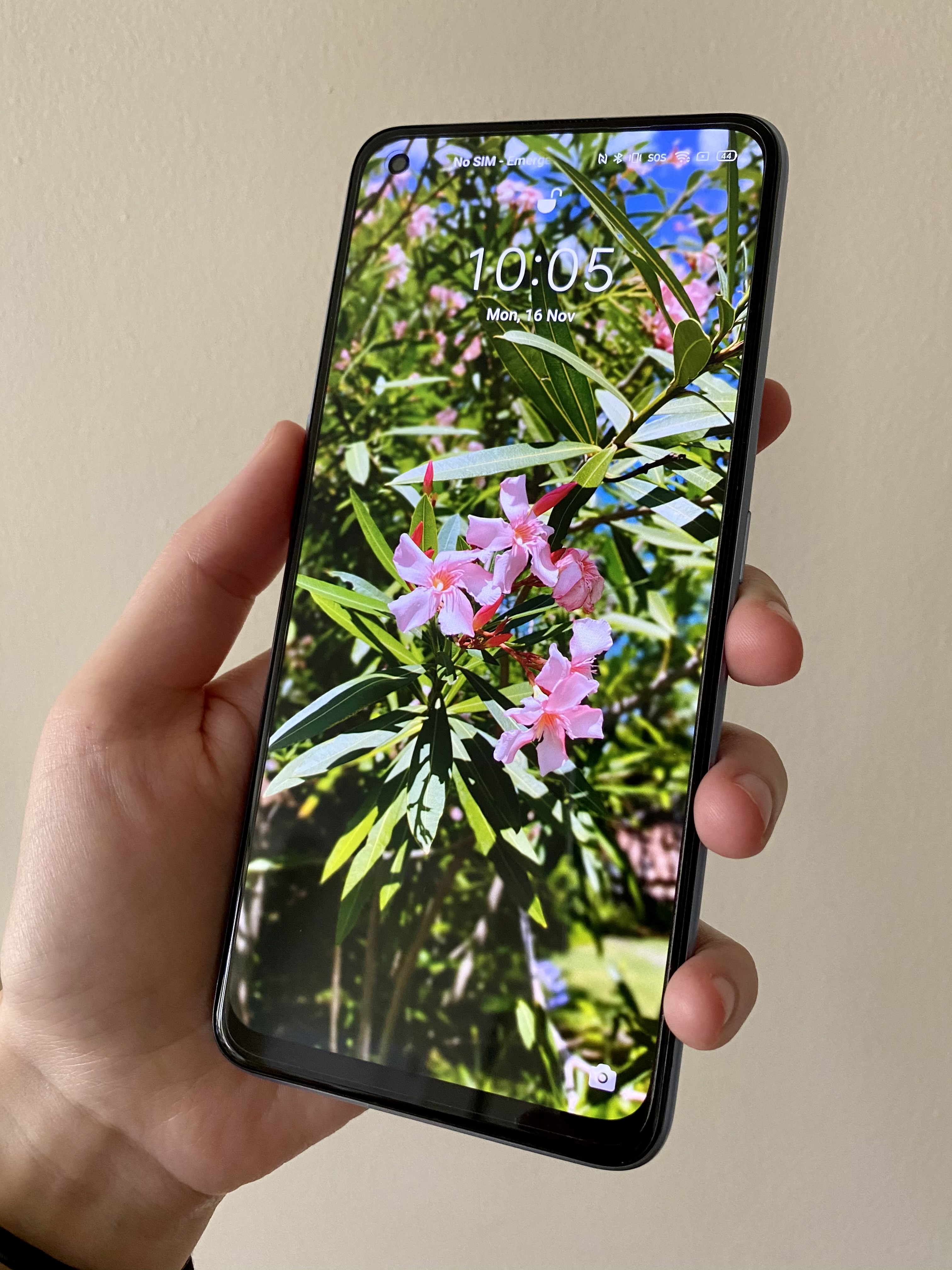 The Realme 7 Pro, like all of Realme’s devices, comes with a screen protector pre-installed, plus a clear plastic case. It’s a thoughtful touch given accessories for non-iPhones and non-Galaxy devices aren’t exactly ubiquitous.

The last Realme device I reviewed (the Realme 6) didn’t have the best camera in the world, so I was hesitant to get my hopes up with the 7 Pro. However, I was pleasantly surprised to find out just how capable its Sony quad-camera setup is. 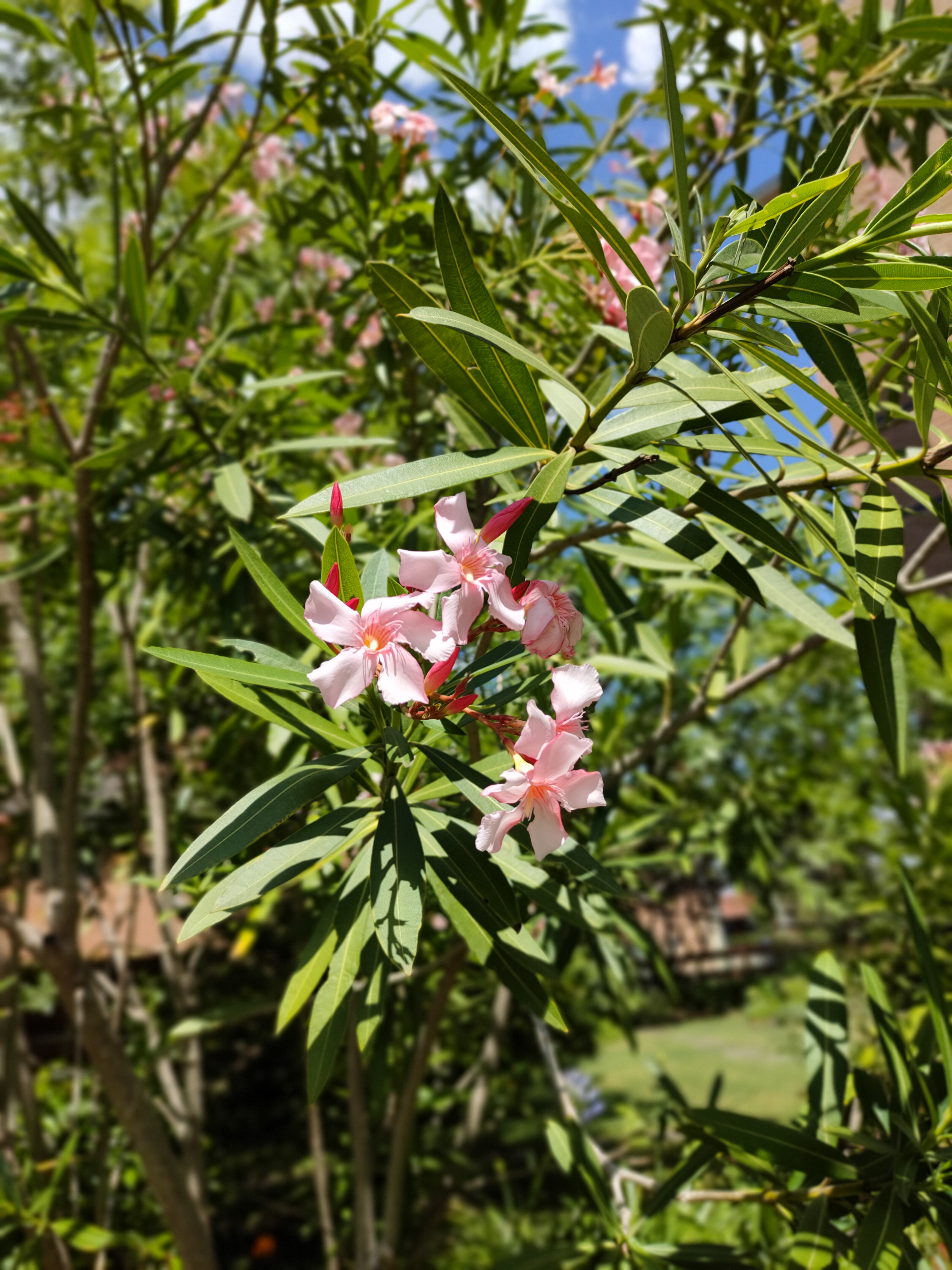 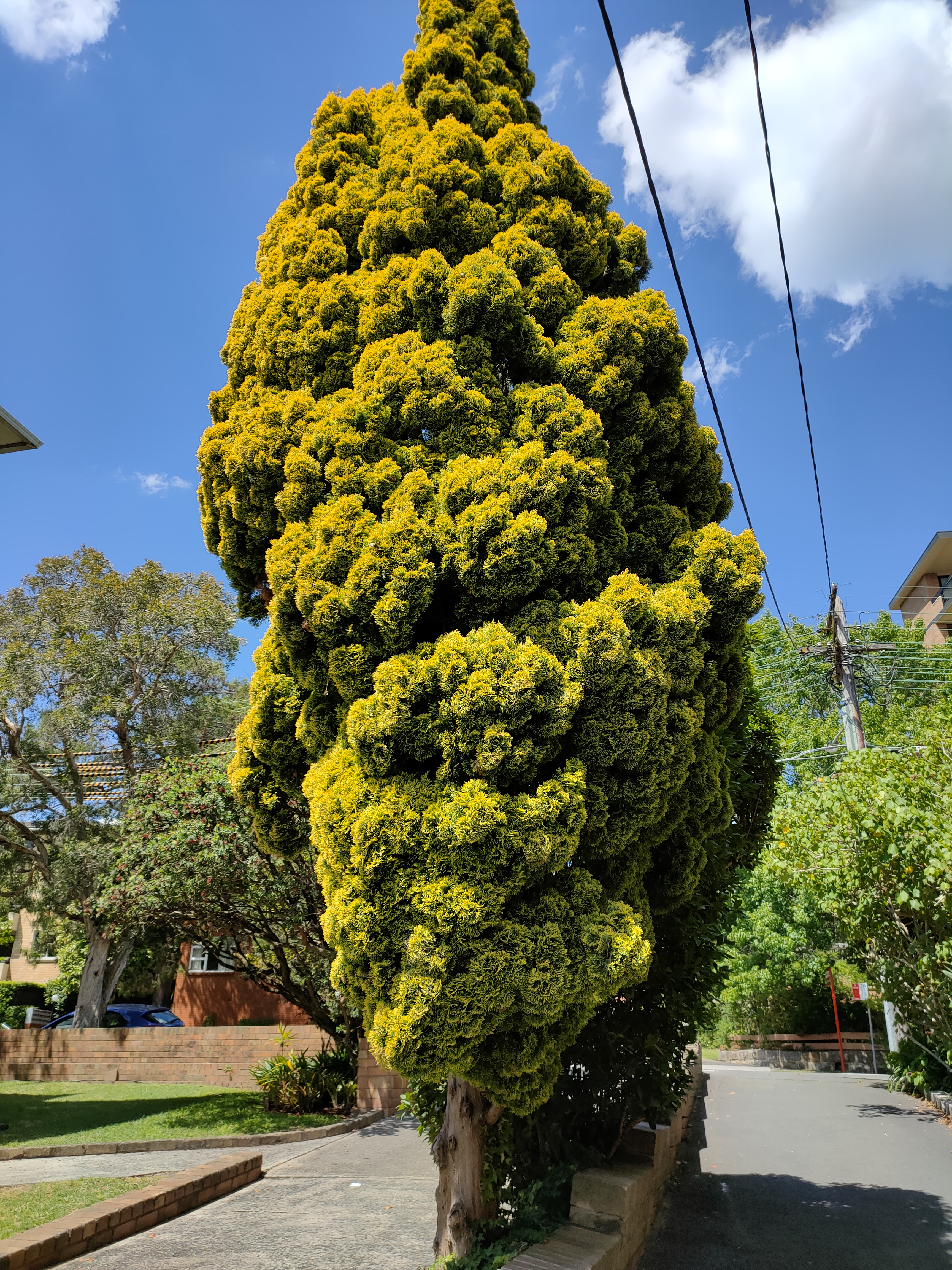 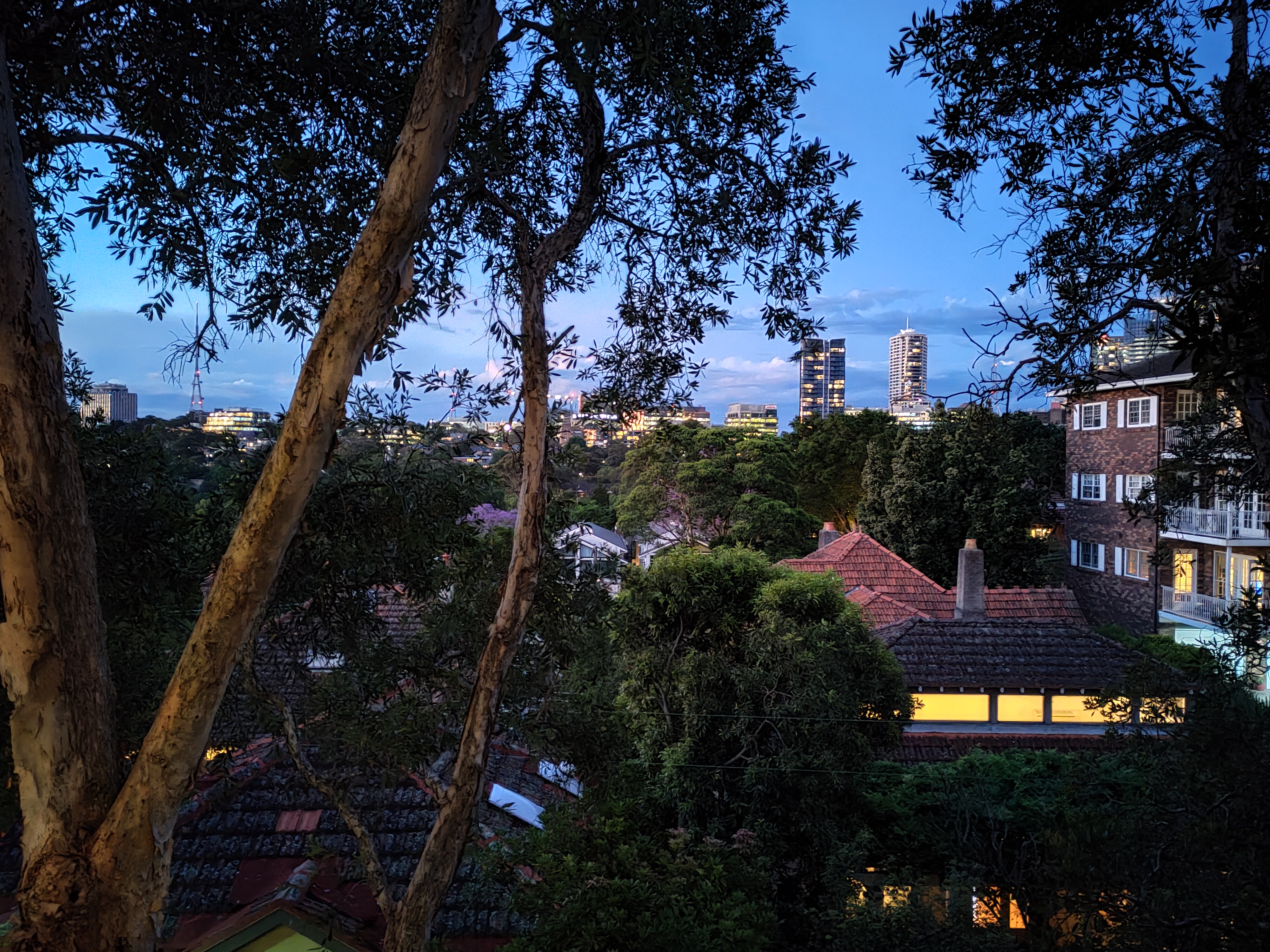 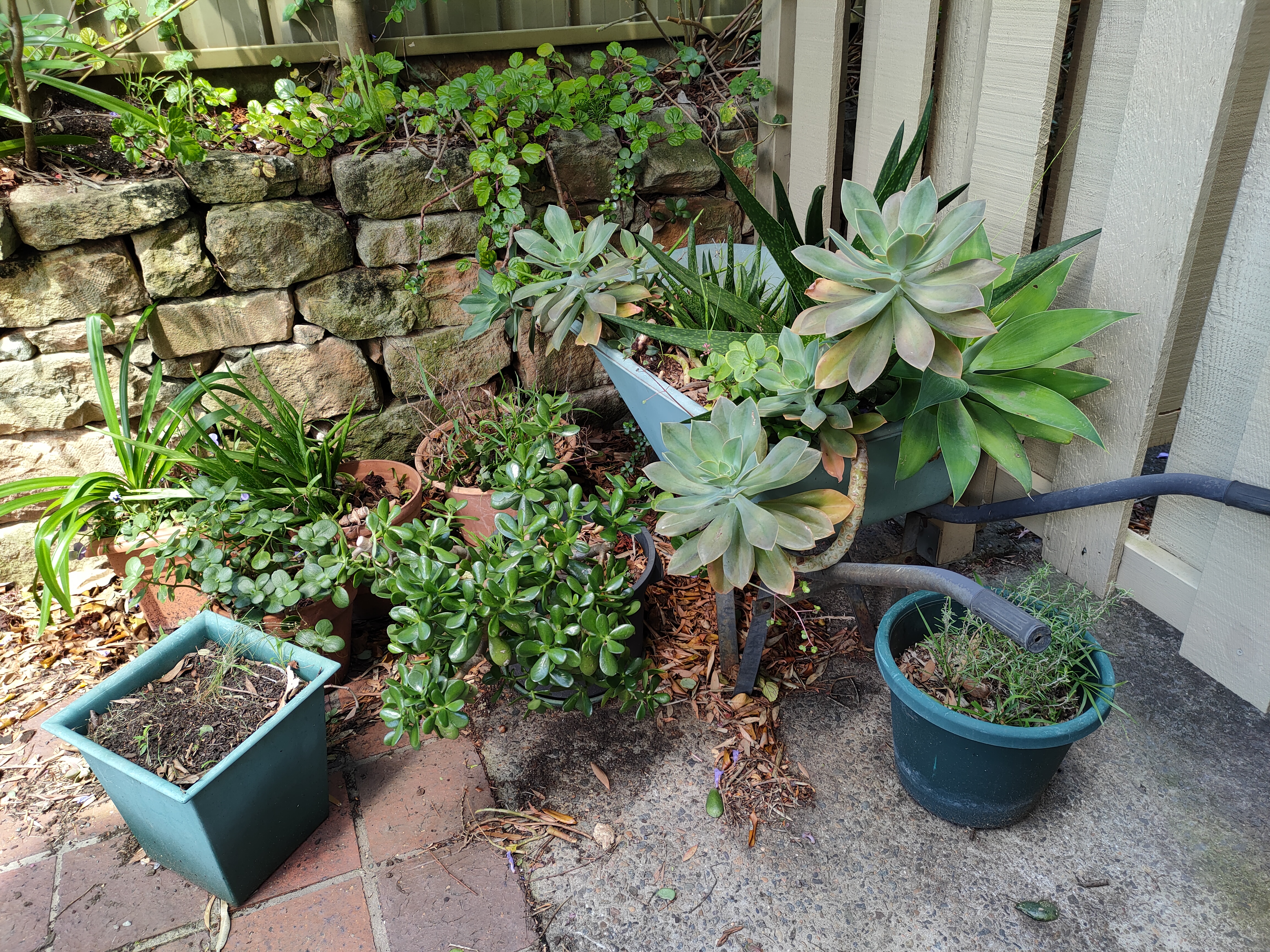 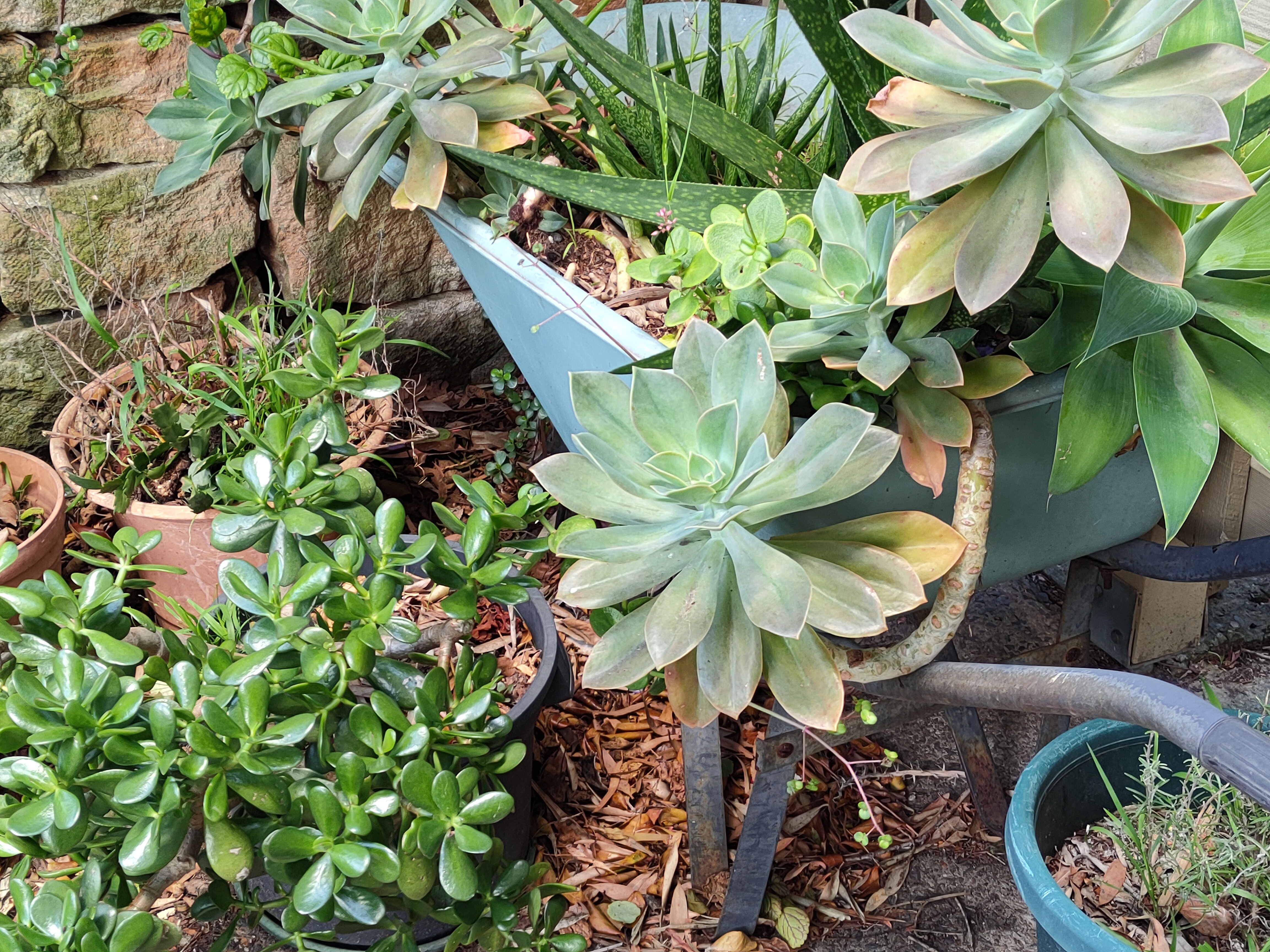 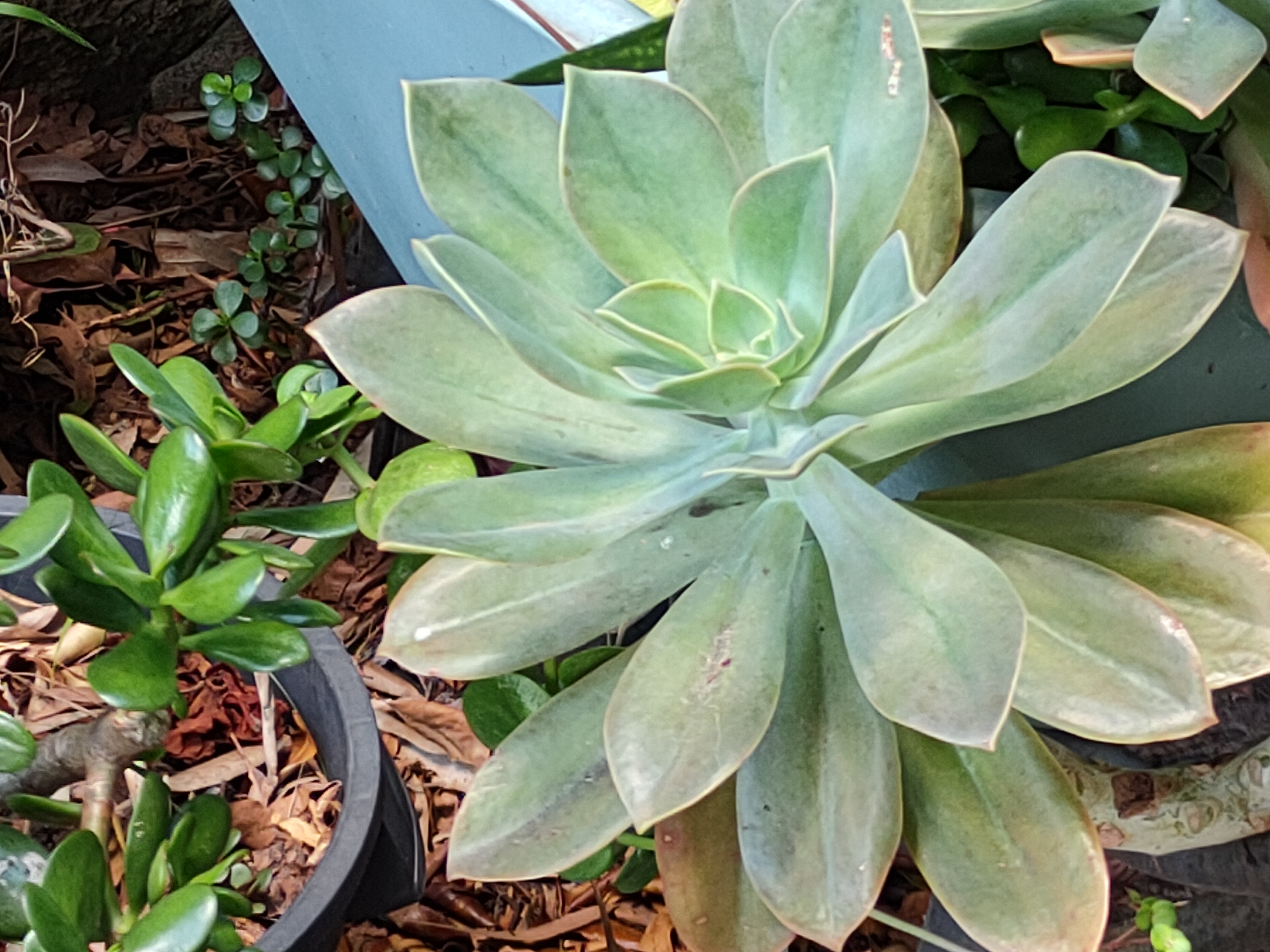 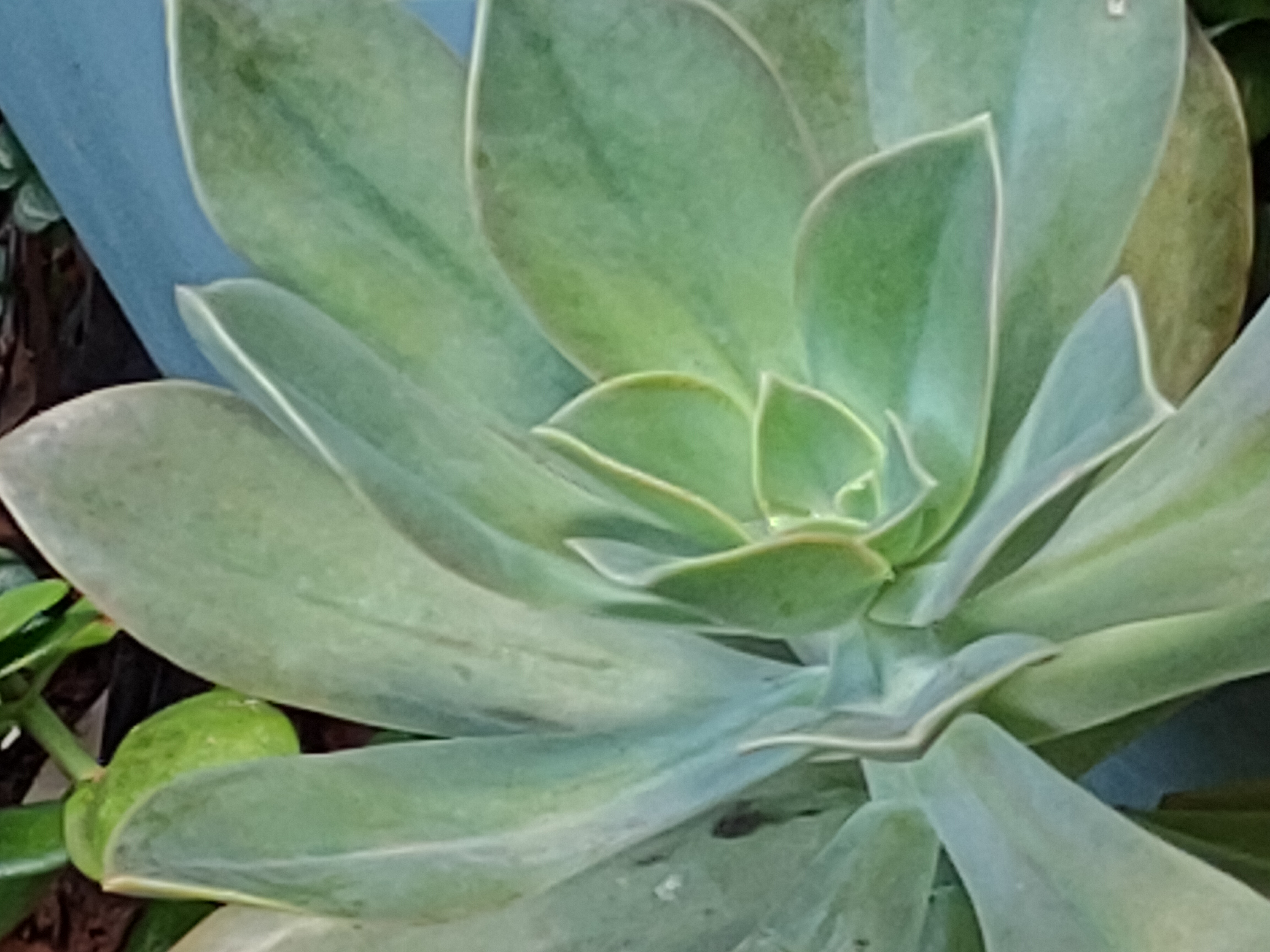 The selfie cam isn’t nearly as good as the rear setup, especially when it comes to portrait mode (which has a tendency to blur the edges of the subject) but it certainly does the job. It also includes an AI Beauty feature, which, as I’ve noted before, can tend to make you look like some sort of poreless alien.

Unfortunately, budding videographers will have to look elsewhere, as I found the video quality not quite on par with my expectations given the 7 Pro’s still photography prowess. With ‘Ultra Steady’ mode switched on, the output is far improved, but as a result is rather zoomed-in.

Out of the box, the Realme 7 Pro runs Realme UI based on Android 10. If you’ve ever used an OPPO device, you’ll notice striking similarities between the Realme UI and ColorOS. It’s not quite as clean and user friendly as the vanilla Android OS found on Pixel devices, but it’s still a smooth experience. Security-wise, you can unlock the phone with the in-screen fingerprint scanner and/or with your face. Both are simple to set up and responsive.

The phone runs on a mid-range, octa-core Snapdragon 720G processor and Adreno 618 GPU, a setup marketed towards keen mobile gamers. As such, I experienced no lag when flicking between apps, and GPU-hungry games like Asphalt 9 and Genshin Impact handled the load just fine.

It comes with a generous 128GB storage, which is expandable up to 256GB, plus room for two SIM cards - perfect for international travellers and those wanting to manage both their work and personal life from the one device.

The 7 Pro’s audio setup is also pretty solid, with Dolby Atmos-supported stereo speakers and the oh-so-rare 3.5mm headphone jack for dinosaurs such as myself who still have a bit o’ love for non-wireless earbuds.

All-day and then some, plus scarily fast charging.

On light usage days, I got a solid two days of battery life out of the Realme 7 Pro. Higher usage days naturally translated to a quicker decline in juice, but even still, there was enough to get me through the day.

Realme, like their sister company OPPO, has really nailed fast charging. The 7 Pro includes 65W SuperDart charging technology, which claims to fully charge the device from empty in just 34 minutes. In reality, the estimates weren’t far off - I was able to charge it from 10% to full in less than half an hour. Pretty damn impressive.

The Realme 7 Pro is a pleasure to use, with a gorgeous display, great camera and the ability to go from zero to 100 (in terms of battery life, that is) in just over half an hour. It’s affordable, stylish, and would suit most everyday users. Sure, it’s never going to measure up to phones retailing upwards of a grand, but the 7 Pro is undoubtedly one of the best in its price range.