A play-it-safe remaster whose true magic is in the new stuff. 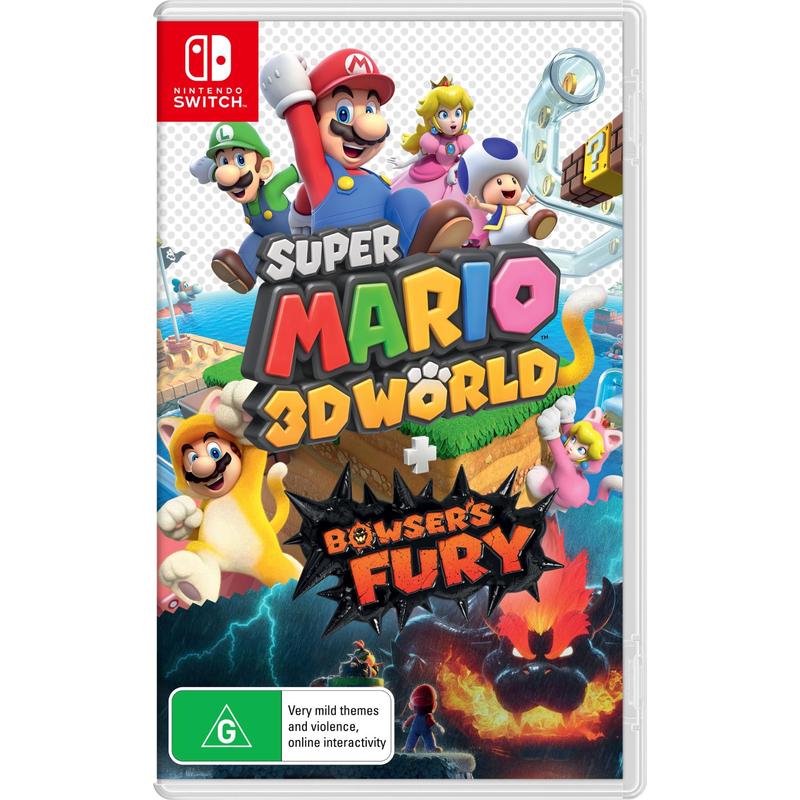 Super Mario 3D World + Bowser’s Fury combines a faithful remaster of a classic Mario adventure (which is even better in co-op) with an all-new handful-of-hours add-on in Bowser’s Fury. Not everything has aged well, but even though you can knock over levels in the core game in a matter of minutes, you’ll find yourself pulled back in for “just one more level”.

Fun in bursts or longer sessions

Bowser's Fury is the real star

Nintendo continues its trend of remastering its hits of yesteryear with Super Mario 3D World + Bowser’s Fury. The first bit of that title, the part before the plus, will be familiar to Wii U owners, and the Switch take is a faithful remaster with some quality-of-life improvements, most notably character movement speed.

This is a particularly savvy improvement given the old-school clock pressure you feel in each level that has you sometimes sprinting to the end. That said, on one hand, this feels like a deterrent for curious explorers seeking to grab every coin and bowl over every villain in your way (or off the beaten path).

On the other, this encourages replayability of the bite-sized levels once you’re familiar with the layout and have ideas of where you might be able to nab the missing stars. Those stars are used as currency for unlocking levels as you shift between worlds, but it never felt like I needed to collect all of them to get past otherwise gated main content. 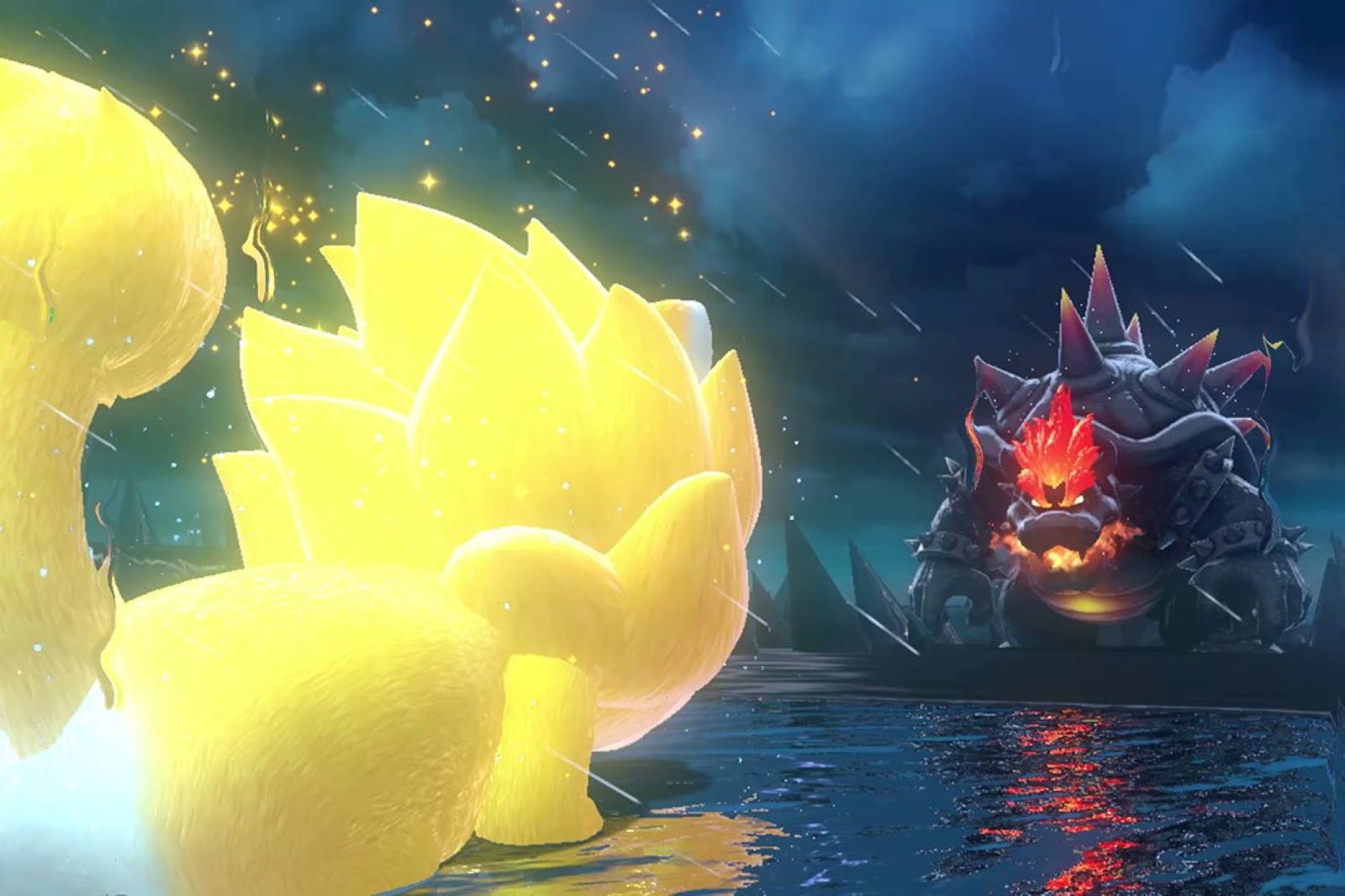 What’s impressive is how well the sheer versatility of the levels in the core game has translated to modern platforming expectations eight years after the release of the original Wii U game. Time-poor gamers in particular, who like the idea of levels that can sometimes be bested in a handful of minutes, will really appreciate this format.

The differences in level design and experimentation of gameplay features help keep things fresh, even if the underlying formula of getting to the end of a stage in a particular amount of time to launch yourself at a flag is consistent. You will find your favourite level formats – the Captain Toad puzzle levels are a great change of pace – and least-liked ones, like the perpetually moving levels (for me at least), which exacerbate some of the perspective problems of this kind of 3D presentation.

The times I lost patience with the main game was when missing jumps felt unfair – tracking a tiny shadow in handheld mode makes this even trickier, especially if you’re jumping intuitively and looking ahead – and when the usually tight controls fall apart a bit, usually when it comes to the consistency of wall-jumping. 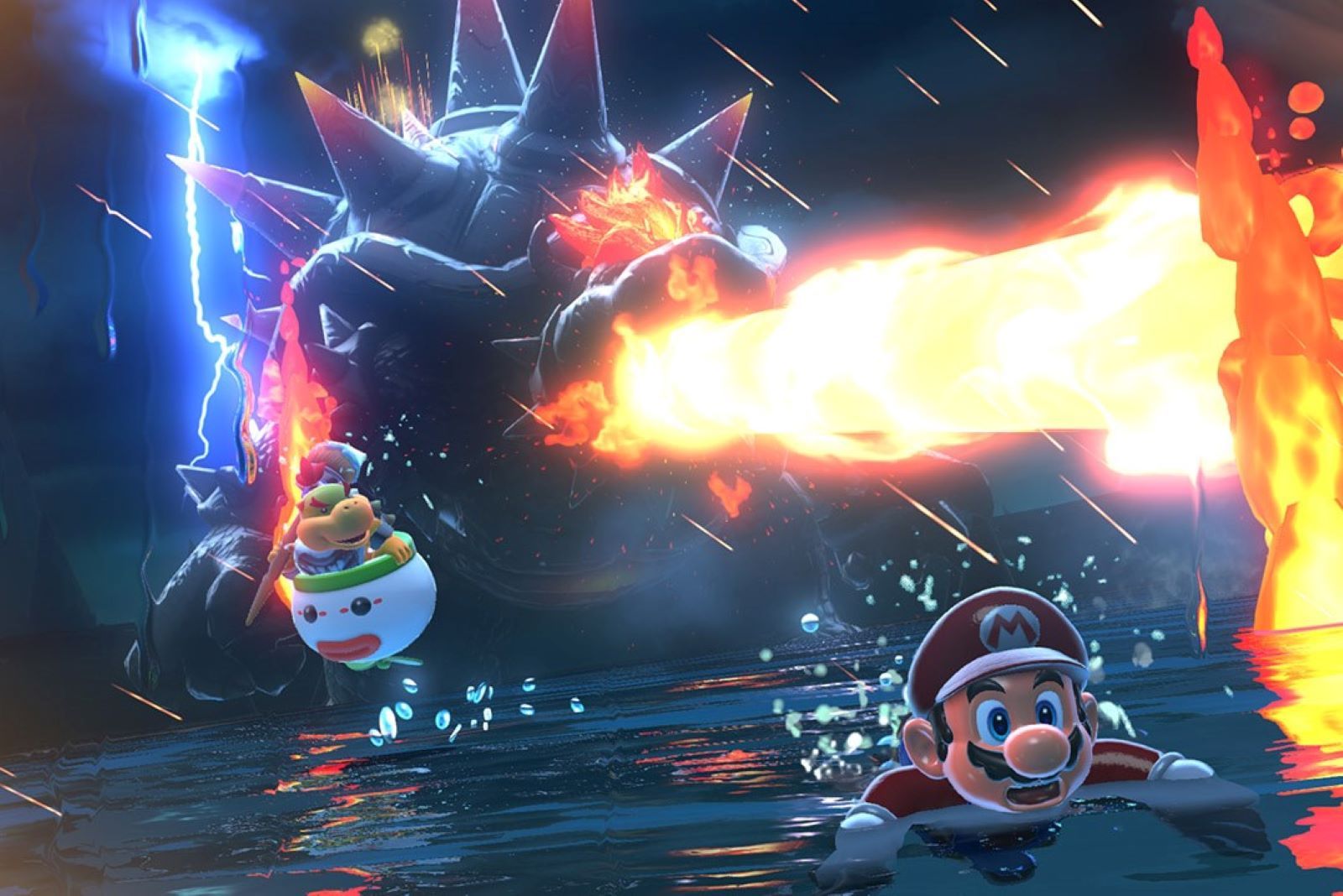 These concerns are less of an issue in the separate Bowser’s Fury game, which you can mercifully access immediately from the main menu. Like the glorious Super Mario 64 game that first ushered Mario into the third dimension, Bowser’s Fury is an experience with true 3D movement. While many of the power-ups are cloned from Super Mario 3D World, the option to store them in an inventory and use them as required is a great addition.

Combine the free use of power-ups (once you’ve found them) with the lack of time pressure and you get an experience that feels more catered to curious players who want to use their Cat Suit power-ups to explore high and low. I did experience some frame-rate stutters in Bowser’s Fury (handheld mode) and while it’s necessary for the Godzilla-sized Bowser to attack for you to solve certain puzzles, his appearance during inopportune moments – or absence when you wanted his ‘help’ – was frustrating.

That’s not enough to hold back Bowser’s Fury from being a well-designed offshoot that rewards curious exploration and subtly guides you to what you should be doing next. If anything, it’s a shame that Bowser’s Fury isn’t the main attraction and has, instead, been relegated to a shorter add-on.

Is it worth returning to if you played the Wii U version?

Unless you played Super Mario 3D World recently, it’s absolutely worth replaying the Switch remake. The addition of Bowser’s Fury is a great cherry on top, too.

How do I play Bowser’s Fury?

You can play Bowser’s Fury immediately by accessing it on the main menu. Move the joystick right to access Bowser’s Fury and back to the left to play Super Mario 3D World.

What Super Mario 3D alternatives are there for PS4, PS5 or Xbox?

While Super Mario 3D World + Bowser’s Fury is only playable on Nintendo Switch, there are alternatives for PlayStation and Xbox.