A few missteps aren’t enough to hold back Shadow Warrior 3 from being an entertaining romp from dragon tip to tail. 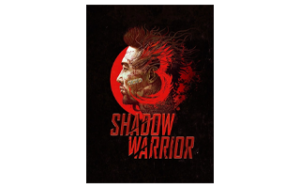 Quick verdict: Shadow Warrior 3
Shadow Warrior 3 wastes no time wading into the meat of what it’s all about: namely, a gore-tastic Doom Eternal-like romp through a fantastical world with a generous serving of Deadpool-type humour. It’s a little rough around the edges (at least on PC) and feels an hour or two short. Still, you’ll be laughing so frequently and immersed in the blood ballet that these shortcomings aren’t enough to drag it down from being the best and wholly recommendable entry in Flying Wild Hog’s series (may it not be the last).

On the short side 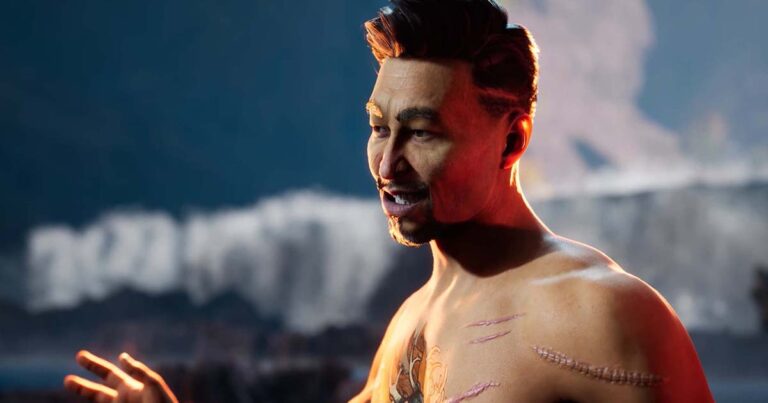 It’s been a bit of a mixed bag when it comes to classic shooter series being revitalised for the modern gaming era. Duke Nukem Forever sucked. Quake Champions fell short of the franchise’s glory days. And Epic stopped development of Unreal Tournament in favour of Fortnite (even though early versions were promising). But Doom, Wolfenstein and Shadow Warrior have all had bloody successful rebirths.

While back in the day (and these days), it’s clear that shooter series have borrowed from each other in one way or another, Shadow Warrior 3 feels like an unashamed riff on Doom Eternal. Both games encourage you to run-and-gun at all times. They have a hard-hitting arsenal of out-there weapons. And they both grant additional health and ammo by killing enemies. While Doom Eternal did a better job of masking its constant arena battles than its predecessor, Shadow Warrior 3 is closer to the more obvious combat spaces of Doom (2016). 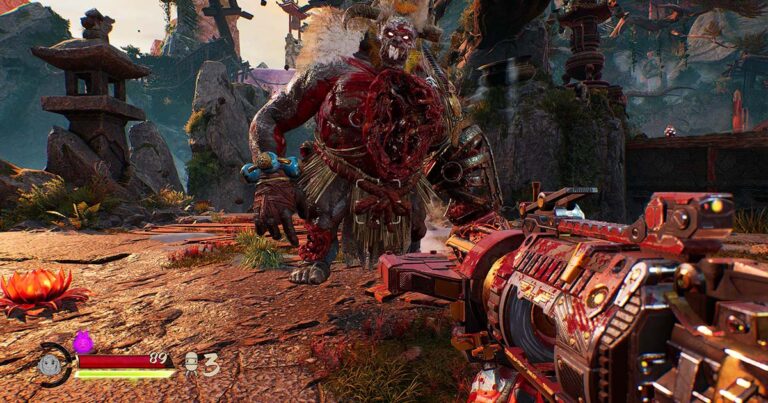 You’ll quickly start to get a feel for when you’re approaching one of these sections, complete with fixed grappling spots, specific wall running and clambering parts, explosive elemental barrels, and a smattering of slowly regenerating ammo and health points. Playing Shadow Warrior 3 on the hardest difficulty means some of these fights drag on, particularly later in the game, but they’re mainly complicated by occasional sticky corners and frustrating odd moments when the game doesn’t want to let you grappling hook or wall-run as fluidly as it should.

In terms of story, it feels more straightforward than previous outings: an ancient dragon has been accidentally awakened, so Lo Wang and his ragtag group of pals must stop it from destroying the world. There’s some chatter about Wang feeling he’s lost his mojo, but that’s certainly not reflected in the gameplay, which is honed to a sharp tip.

Forget about aiming down sights or manually switching to your incredibly handy katana; there are dedicated buttons for both now in Shadow Warrior 3. The main trick is learning which ranged weapons do the most damage to which foes, and hoping you have enough ammo to burn through the many, many waves of baddies. Thankfully, there are upgrades that help preserve life and replenish ammo, not to mention some meaty unlockable buffs for an arsenal that isn’t massive but feels just about right in terms of death-dealing options.

The other big gameplay mix-ups are the wall-running/clambering and the grappling hook, both of which are unfortunately restricted to specific spots. This wouldn’t be such a bad thing if Dying Light and Dying Light 2 hadn’t shown just how much fun can be had with free-form parkour and a grappling hook that can effectively attach to anything.

Get past that comparison, though, and these fixed spots become the better form of puzzle platforming in the game—regular platforming sections are way too easy—because they act as new avenues for getting out of trouble when you’re being swarmed by enemies. You’ll soon learn to focus your efforts on the bigger baddies because their presence means they’ll be perpetually spawning smaller, squishier peons. Those peons can block your run-and-gunning or even take you down if you don’t respect them, but they’re better used as health and ammo recharges (with the right upgrades), with one foe in particular worth taking down to score a freeze grenade. 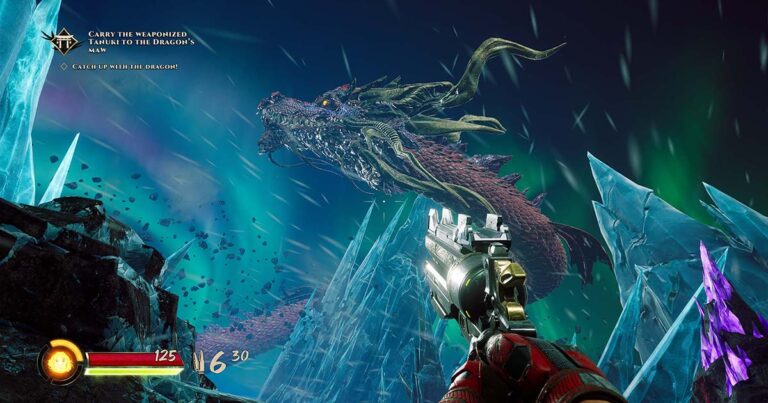 Like Doom and Doom Eternal, Shadow Warrior 3 has some brutal takedowns; unfortunately, like those games, there isn’t any variety, so they start to lose their oomph once you’ve seen them for the twentieth time. That said, they are also a tactical decision which—even though it feels like you’re cheating because all other enemies ignore you while you’re eviscerating their pals—can be used frequently on little guys for health, or stored to insta-frag bigger foes.

Considering some of these mini-bosses drop some of the best limited-use weapons in the game, this becomes a viable strategy for clearing some of the tougher fights. There is the odd actual boss fight in Shadow Warrior 3, which start out tough, but once you memorise the attack patterns and phases, you can breeze through them without taking a hit. While I like that Flying Wild Hog hasn’t interpreted Hard mode as ‘player takes more damage, player weapons do less damage’, Shadow Warrior 3 feels like it’s missing a truly challenging difficulty.

Also missing is co-op from the last game, though the fighting arenas feel smaller, so I don’t know how that would’ve worked, but it would have been great to see better AI. In fairness, the mini-bosses tend to have decent AI, but one in particular feels too big for its own good, so it often gets stuck or its pathfinding fails. Similarly, the smaller grunts frequently just stand there and wait to die. 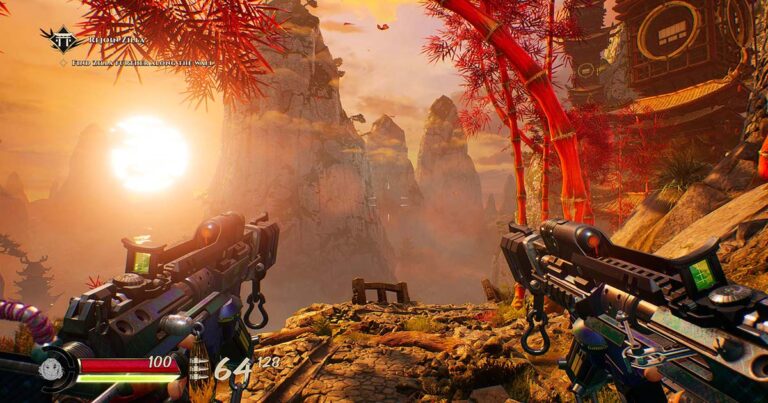 The worst of the bugs, though, came towards the end of the short campaign, where I sank through a solid raft and drowned, an arena kept spawning peons forever, and one of the final fights automatically restarted after the enemies froze for a couple of seconds. None of this is game-breaking, and these bugs weren’t as frequent as my time with Horizon Forbidden West, but it sure is immersion-damaging.

Had Shadow Warrior 3 not had an excellent combat loop—filled with a smattering of unique weapons and homages to some classics—and genuinely hilarious dialogue, these moments would have felt more painful. But Lo Wang’s variety of quips, fourth wall-breaking and regular sass, combined with a game that never takes itself too seriously means Shadow Warrior 3 is a breath of fresh air after the disappointments of Rainbow Six Extraction, Battlefield 2042, Far Cry 6 and Call of Duty: Vanguard. 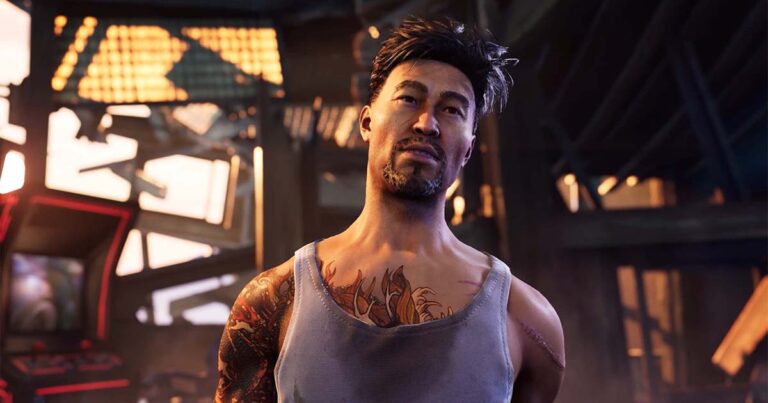 Here are the best prices for Shadow Warrior 3 in Australia

Because Shadow Warrior 3 is published by a company called Devolver Digital (emphasis on that second word), don’t go hunting for retail copies of the game because you won’t find them. Short of a discount, this means you’re left paying either $74.95 for the Xbox One version, $75.95 on PlayStation 4 or $64.95 on PC digital platforms like Steam and Humble Bundle.

Here are answers to some of the most frequently asked questions about Shadow Warrior 3:

Can I run Shadow Warrior 3?

The Shadow Warrior 3 PC specs are very reasonable. For my PC review, I was playing on a system that has an Nvidia GeForce 3070 Ti graphics card, Intel i7-8700K processor (overclocked to 4.7GHz) and 32GB of DRR4 memory (running at 3200MHz). Check out the table below for what you need in terms of minimum or recommended requirements: