The Razer Stream Controller is easy to use out of the box, but it’s true depth is locked behind a steep learning curve. 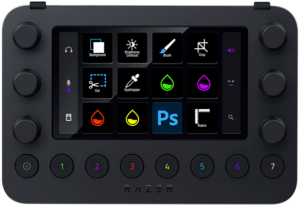 Ultimately, the Razer Stream Controller is a repurposed Loupedeck Live, from the physical look to the software you use to customise how it works. If it ain’t broke, don’t fix it. And that’s not a bad thing. Physically, the Razer Stream Controller is a lightweight device that doesn’t take up much desk space. It’s got great presets for new streamers, and there’s a lot of depth in the Loupedeck software (albeit hidden behind a steep learning curve).

Are you keen to get into streaming? I am, but I’ve honestly always found the prospect daunting. Whenever I’ve looked into it in the past, there was talk of configuring powerful-but-complicated Open Broadcaster Software (OBS), greenscreens, DSLRs for webcams and high-end microphones, not to mention multiple computers to make streams more manageable. When Razer offered me a review unit for the Razer Stream Controller, I used it to answer one question: how much can this device simplify things for a first-time streamer? 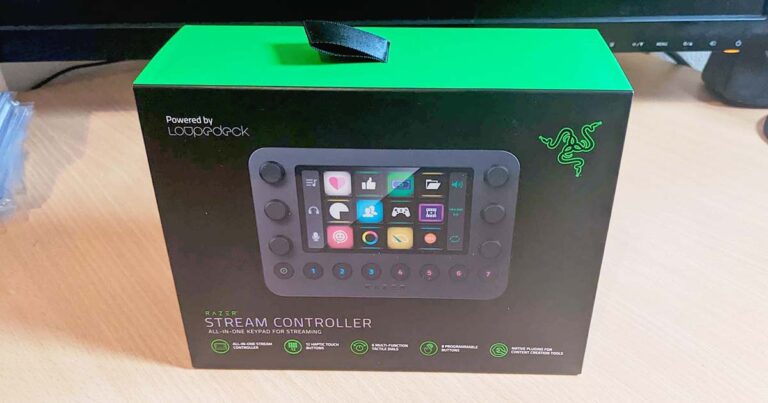 How much does the Razer Stream Controller cost in Australia?

Very expensive next to its peers.

In terms of its compact size, there are cheaper options from Elgato, but the price is comparable to the Loupedeck Live, which is the basis of the Razer Stream Controller. If price is everything, go with a cheaper Elgato model. But if you’re willing to put in the time to master the depth of the Razer Stream Controller—especially if you use it for more than just streaming—there’s more value to find the deeper you dig. 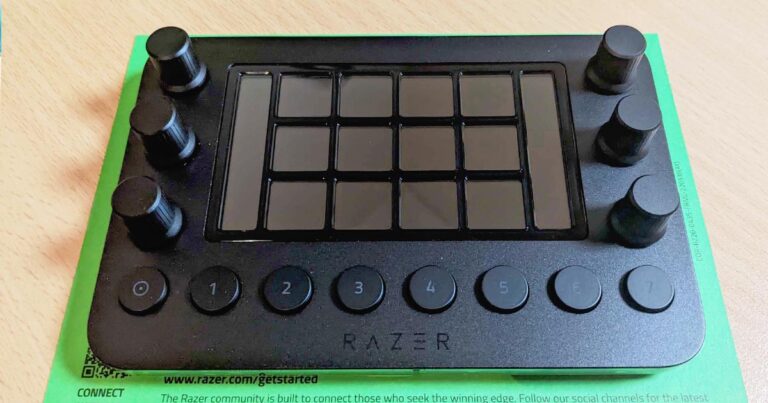 The Razer Stream Controller is a great mix of compact design spliced with plenty of practicality. The bright LCD screen is embedded inside a metal faceplate, with six dials (which are also clickable buttons) and eight plastic buttons. The back is made of plastic to keep the overall weight down, and there’s a detachable stand that only adds an extra six grams of weight (216g overall with the stand).

Admittedly, that stand is a bit on the flimsy side, so it’s no wonder that there are more robust alternatives to find on sites like Etsy. Still, I’d argue some form of stand is borderline essential for an angled view while you’re training your fingers on the muscle memory of the options on each page.

What is Razer?
Razer was founded in 2005 and has dual headquarters in California and Singapore. The company has grown to have 18 offices around the world and its software platform boasts more than 175 million users. Today, Razer makes gamer-centric peripherals and laptops. 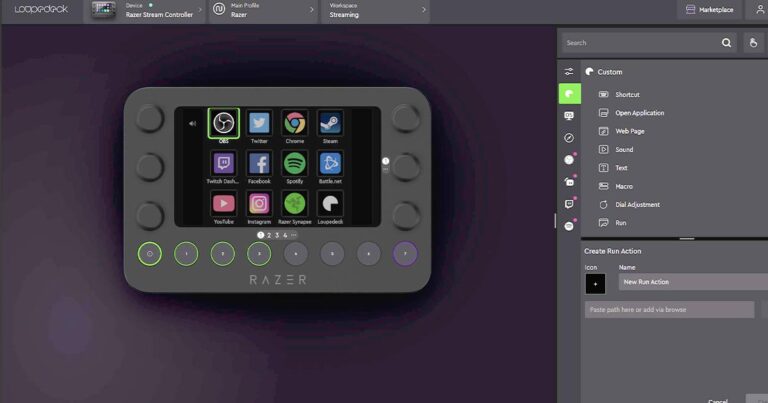 As I mentioned in the intro, my plan was to test the Razer Stream Controller as a first-time streamer. This was a relief because the Loupedeck software is incredibly intimidating. While it has a logical layout and lets you configure different profiles for different functions—it may be called a stream deck, but it’s also built with video editors in mind—the initial tutorial screens do little to inspire tweaking confidence.

Thankfully, the Razer Stream Controller device is incredibly intuitive to use with some great default functionality. The homepage covers the basics, including Chrome browser, game applications (Steam and Battle.net), as well as shortcuts to webpages (Twitch, Facebook, Instagram, Twitter and YouTube). By default, the second page has some Twitch functionality baked in (emotes, subscriber, raid, etc.) while the third page even has a handful of audio samples to spice up your stream.

Pro tip for first-time streamers like me: Twitch Studio Beta makes streaming even easier than going through a browser. But back to the Razer Stream Controller. It was a great streaming companion in my streaming tests, particularly once I attached the stand. The LCD touchscreen is bright and the slight haptic feedback whenever you lightly touch an on-screen option offers subtle actuation that lets you know you’ve done something.

Elgato is the reigning champ of stream decks, available in configurations with six keys, 15 keys or 32 keys. Razer is a new contender in the space with its Stream Controller, but it’s partnered with Loupedeck, so they have very comparable offerings. While still small, the Razer Stream Controller is targeted at the top-of-the-range Elgato Stream Deck XL. The Elgato gives you more buttons on a single screen, while the Razer has fewer options per screen, but that makes it less intimidating and other screens are a button press or swipe away. Admittedly, swiping is tricky with the grid screen design, especially if you have larger fingers.

Streaming gear to get started

Bare-bolts are acceptable, but some gear goes a long way. 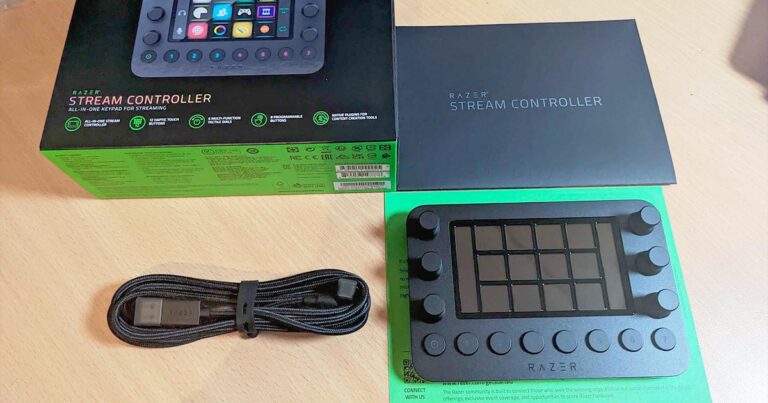 Alongside the Stream Controller, Razer also kindly sent out a Razer Key Light Chroma. While my test streams didn’t extend beyond single-digit viewers, the Key Light Chroma combos nicely with my Logitech BRIO Webcam. Admittedly, that’s a bit overkill for first-time streamers, but if you want to get attention, offering a well-lit webcam view is a nice way to dodge criticisms on the basics from more critical viewers.

You can get away with a lower-quality webcam (or none at all), particularly if you’re streaming on older hardware and/or slower internet. I would advise ensuring you at least have a decent microphone for communicating with your viewers who will appreciate the clearer audio. Start with a decent headset microphone in a gaming headset, but also consider a USB mic or something from RØDE if you want broadcast-quality audio. You can use tools like Nvidia Broadcast with a compatible Nvidia graphics card to minimise background noise (including clattering keyboards).

Greenscreens are optional but will help turn a cluttered or busy space into something that doesn’t have distractions in the background. Alternatively, frame the webcam in such a way to cut out potentially distracting background stuff. This is also a good idea if you’re streaming in a room where the people you live with want to move freely behind your camera.

Is the Razer Stream Controller worth buying?

A solid place to start for curious first-time streamers.

If you’re serious about starting a stream or looking to take your fledgling stream to the next level, the Razer Stream Controller is well worth considering. It’s priced to compete with Elgato’s big gun stream deck, and you’ll need patience to master the depths of its impressive customisation system. Still, if you’ve got the patience and the budget, the Razer Stream Controller can be a faithful streaming companion for years to come.

How we review stream decks

We review stream decks by doing what they’re intended to do. For our audience, we want to make sure that a stream deck is incredibly easy to set up and makes the daunting task of streaming a whole lot simpler.

This means a stream deck should be plug and play. We then evaluate a stream deck on what default functions it has included. Ideally, we want a stream deck that makes first-time streaming simple.

Digging beneath the surface, we look into how the companion software works. We like a stream deck that makes it simple to reconfigure functions without being overwhelming. Price is also evaluated in the context of close competitors, and then we run test streams to see how practical and easy-to-use a stream deck truly is.

Yes, Razer is taking on Elgato’s stream deck with the Razer Stream Controller, which is based on the Loupedeck Live.