Streaming on Twitch: The beginner’s guide 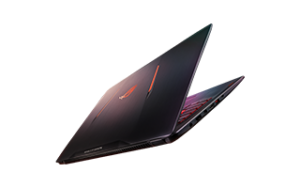 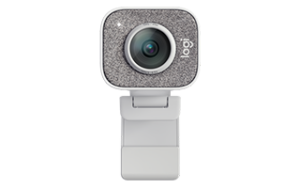 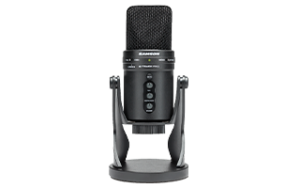 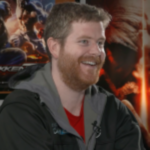 So, why would you want to start streaming? Fame for one thing – since this entertainment medium became popular, thousands of average bedroom-based gamers have become veritable superstars with millions of followers. Obviously, with that sort of influence comes the inevitable advertising and paid-promotion dollars which can make you financially self-sufficient. Lastly, there's the priceless sense of satisfaction that comes from being able to say that you get paid a ludicrous amount of dosh to sit on your butt and play video games. It never gets old.

All that being said, there's a bunch of hardware you're going to need to get started. A fancy gaming laptop is just the beginning. Depending on which platform (and gaming niche) you're looking to cover on your stream, the costs of your equipment can balloon out considerably. You can go from an initial outlay of a few hundred dollars to thousands in no time at all.

Questions to ask before you begin
What are you going to stream with?

What gear will you need?

There are four essential pieces of gear every streamer will need: a powerful laptop or computer, game capture hardware, a streaming microphone, and a camera or webcam. Then there are the nice-to-haves. But first, the essentials.

Laptop or computer with enough grunt

When sizing up specs for a means to broadcast, you need to understand what component will be handling which processes. By and large, your graphics card (or GPU) will be largely responsible for rendering the game you're playing. Your CPU is what will be taking those rendered or “created images” to transcode into a streamable video format that gets piped out to the Internet.

While using a laptop, singularly, to both game and stream is not usually recommended, it's possible if you have decent specs or one of the best laptops on the market. Alternatively, you can absolutely buy a modest, secondary laptop to serve as a broadcasting workhorse to ensure your main gaming rig suffers no power drain whatsoever.

Personally, we'd recommend the ASUS ROG STRIX GL502VM-DB71 as a middle of the road laptop with enough grunt to handle a balance of broadcasting and some of the more popular streaming games at a decent graphics setting. If you're looking for something cheaper, we've also rounded up the best laptops under $1,000. 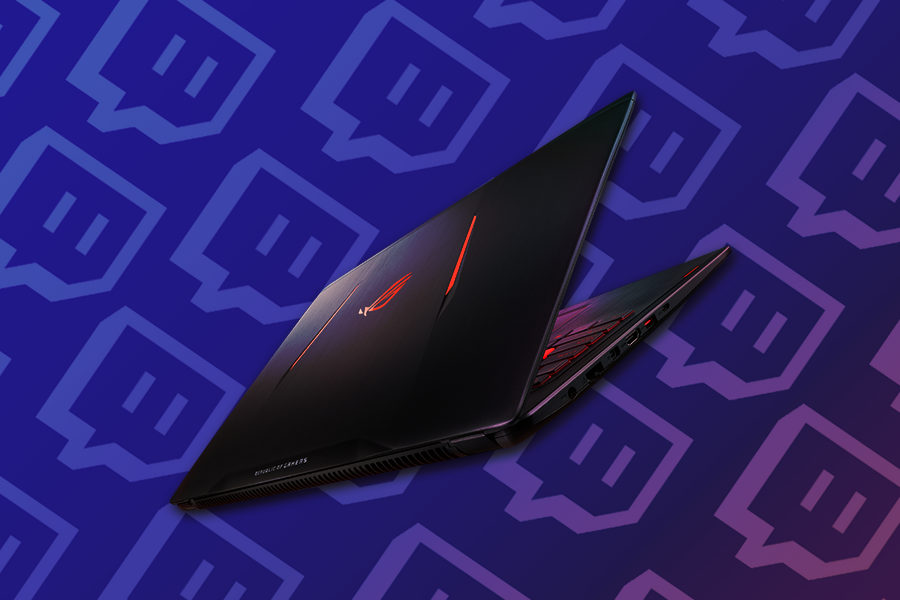 If you are using a dedicated desktop PC to serve as a broadcasting bridge between your main gaming system and the Internet, you're going to need a capture device. Elgato have a great range of hardware products that can capture gameplay either for live streaming or later editing.

On the lower end of things, you have the Elgato HD60, which is effectively a HDMI cable bridge that pipes out HD-grade footage (via a USB cable) to your broadcast PC. Alternatively, you can make a deep end purchase of the Elgato 4K60 Pro, a dedicated PCIe card that can handle UHD resolutions and HDR. 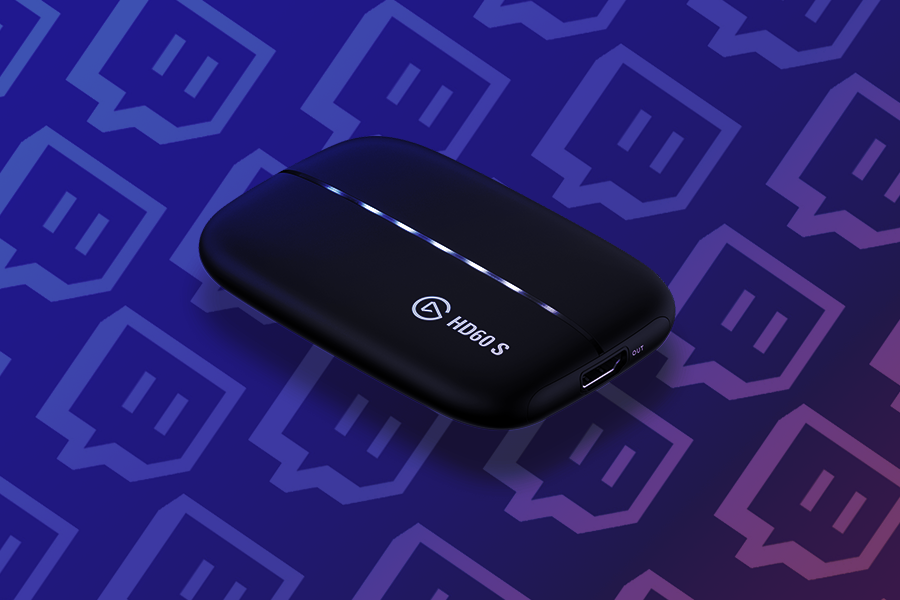 A streaming mic in the right range

There's nothing more irritating than listening to a streamer who sounds like they're trying to communicate via a tin can on some fishing wire. Nothing turns away a viewer faster, so do not skimp here. Get something in the range of -36db to -47db, a sample rate of 48kHz and variable polar pattern support to allow you to focus on single person recording or group/podcast.

In our experience, the best of the bunch is the Samson G-Track Pro (beloved for its extra mic supporting ¼ inch audio input that effectively makes it a 2-track audio mixer). We're also partial to the HyperX's Quadcast USB Microphone, which comes with a decent shock mount and a more aggressive, “hardcore gamer-cred” design. 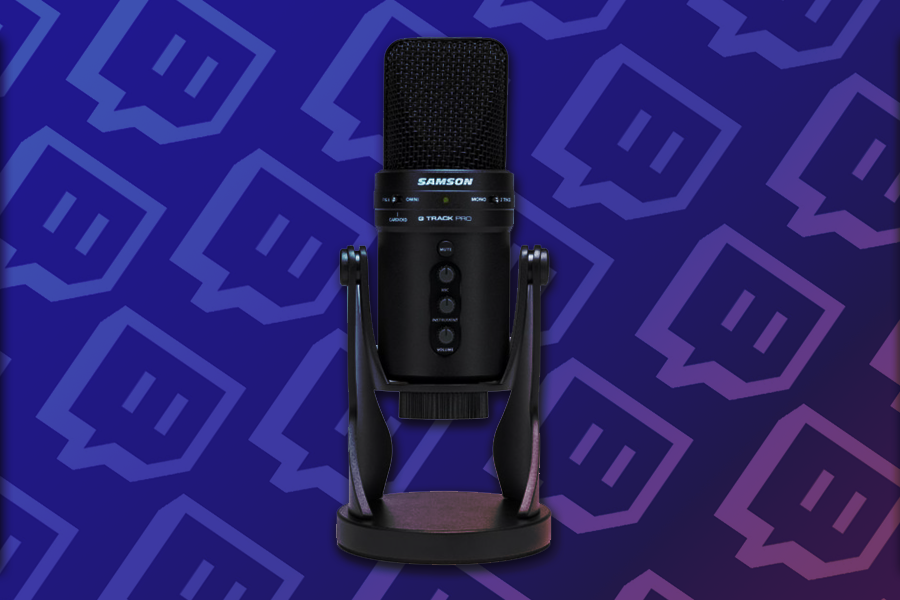 If you're aiming for super stardom, you'll find that streaming gameplay and voice won't be enough. You need to get your mug on that stream somehow, and this is where a decent webcam comes into play. The clearer and more natural you look, the more connected your audience will feel, which is why the ideal (and most expensive) choice is the 1080p 60fps delivering Logitech StreamCam. If you want a cheaper alternative, you should look to Logitech's previous titleholder, the C922 HD Pro (though your frames per second will drop to a chuggier 30fps here). 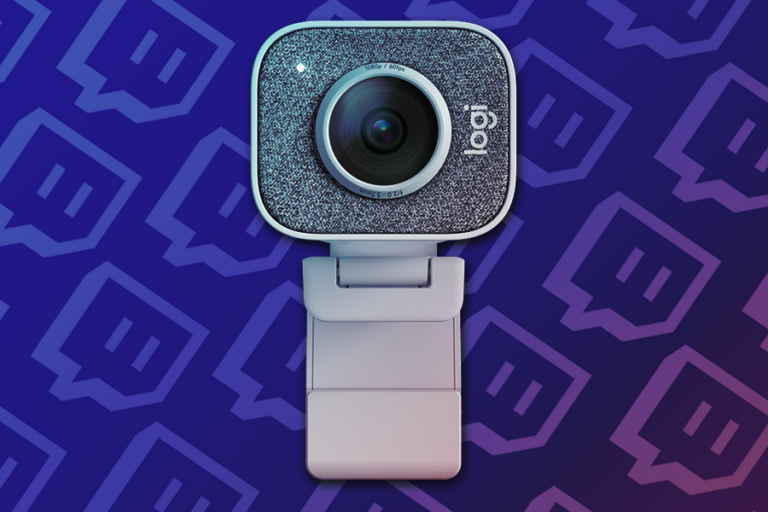 Looking beyond the main “must haves” of streaming, there are one or two accoutrements that can better sell you as a serious professional (even if your low starter numbers are woeful). Having a collapsible chroma key panel (or “green screen”) should be pretty high on your buy list. Sites like Ebay and Catch are littered with kits of low-cost/quality solutions here, plus Elgato sell a more professional grade one.

Those of you out to peacock a little might also want to invest in a gaming chair. Despite looking needlessly expensive and being garishly coloured to the point where they can't coordinate with any other bit of furniture in your house, they are actually comfortable. Streaming will require long hours (or possibly days) of sitting on your butt. You may as well take care of said derrière.

Lastly, interacting with your community can be a pain if you have to constantly shift your attention away from your keyboard or controller. You should therefore look into Elgato's Stream Deck, which is essentially a highly configurable bank of LED buttons that you can assign to quickly handle...well, just about anything really. Chat responses. Quick banning of trolls. Camera switches. Ad breaks. You name it. 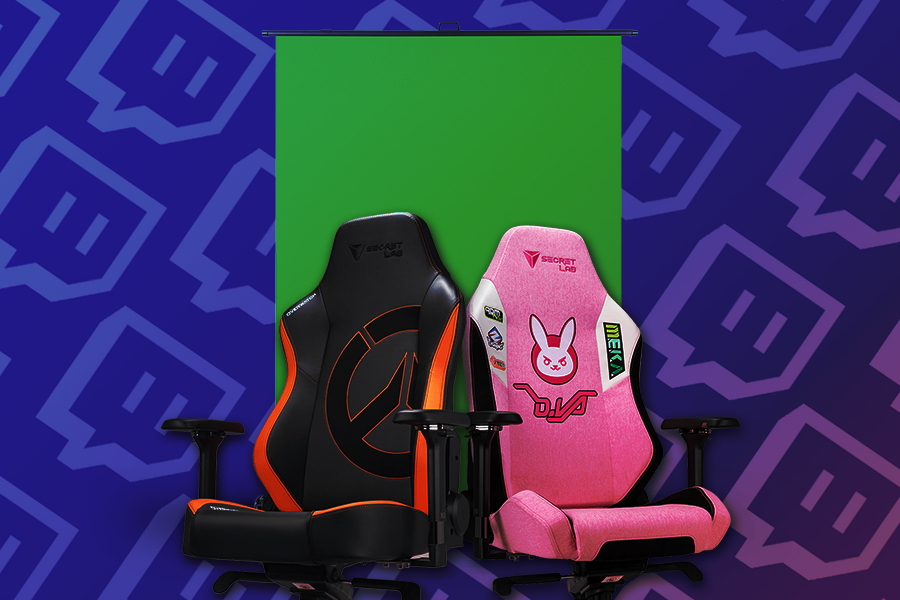 How to start streaming on Twitch

Once you're acquired the full list of things detailed above, it's time to put together your modest production studio. The first step is to either create a pleasing set to sit behind you or to stretch out and properly light some green screen so that the viewer only sees you (and not your awful mess of a house). Honestly, doing the latter (along with setting up a well distanced microphone) is a pain – you really need a dedicated room, so you can optimise it perfectly once, and then never take it down again.

Next up, you need to pick a gaming platform, game, streaming device and streaming platform of choice. Let's look at it in terms of easiest to hardest setups. On the lower end you can easily stream gameplay natively on an Xbox One or PS4 using nothing but the freely available Mixer / Twitch / Ustream apps available in their respective stores. If you're after better broadcast quality and greatly enhanced audience interactivity options, you need to look at adding a PC and capture device to that setup.

Lastly, there's the deeper end that is PC game streaming. If you're not Moneybags McGee, playing a newly released AAA game will put your modest rig under considerable strain as it is. Adding video capture and transcoding to that workload will bog things down considerably as well. You should either bolster your specs up with a better CPU and GPU to compensate for this or acquire a secondary dedicated desktop or laptop to handle the stream and help take the load off.

Once the hardware considerations are out of the way, all you need to do is sign up for your free account to Mixer, Twitch or YouTube Gaming. The goal now is to find your niche and build an audience. To do this you need to be one or all of the following: highly skilled, highly entertaining and a good host who interacts well with people who happen to drop by. Broadcasting consistently at certain times helps to build rapport and new eyeballs can be drawn in if you can manage to get your grubby mitts on a new game release earlier than anybody else.

How much data does streaming use?

You'll want to be on some sort of unlimited bandwidth plan, because streaming will take a considerable bite out of your allowance. This is especially true if your game of choice is an online multiplayer affair that is siphoning a ton of data already. Here's a basic guide to how much (just streaming) will take out of your data pile:

If you need to upgrade your plan, head over to our picks for the fastest NBN plans in Australia, or have a squizz at what's popular this week in the table below.

What is OBS? And do I need it?

OBS (or Open Broadcaster Software) is a Godsend for the amateur streamer. It's essentially a free and open-source cross-platform streaming and recording program that is compatible with Microsoft Windows, macOS, and Linux. It's a pretty powerful and user-friendly piece of software that allows you to easily conflate and configure a range of different sources (read: cameras / mics / screen windows etc), set up green screens, push scenes, set stream delays and more.