Delayed a year, the extra time in the oven for Halo Infinite has clearly resulted in a tastier offering. 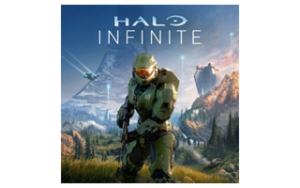 Quick verdict
Halo Infinite starts at a place in its narrative where it feels like an entire preceding chapter is missing, but this is more helpful to the overall mystery of the storytelling than harmful in terms of making the player feel lost. As someone who top-to-bottom loathed the campaign for Halo 5: Guardians, Halo Infinite is a return to 343 Industries’ confident love-letter storytelling of Halo 4.
Unfortunately, there’s still some all-too-familiar Halo chaff: some uninspired, samey level design; dopey friendly AI; and wonky car physics, to name a few. Long-running Halo fans will be faster to excuse these detractors, even if they reek of a missed opportunity to do something better. Still, the potent combination of a strong Master Chief-led Halo story, a much bigger sandbox to play in and, most importantly, the evolution of Chief into sci-fi Batman care of a host of some wonderful toys, makes for 343 Industries’ best series entry thus far.
Pros
Finally, a proper sandbox
Great story for Halo fans
Grappleshot combat loop
Heaps to do
Cons
Inconsistent performance on PC
Friendly AI still sucks
Weird checkpoints
No co-op at launch

It’s tough being a Halo fan. The original game was the definitive killer app for the original Xbox, deserving of the legacy it enjoys today. Then Halo 2 tweaked the gameplay and bolstered the multiplayer, but the story left a lot to desire with an abrupt ending and the unnecessary inclusion of a faction leader for the parasitic Flood.

Halo 3 put a bow on the original storyline in a satisfying albeit not mind-blowing way, then Halo Wars, Halo 3: ODST and Halo: Reach took Chief-less detours. By the time Halo 4 came around, the sandbox bit that played such a big part of the original Halo’s “Combat Evolved” subtitle was all but forgotten, then almost entirely abandoned for the corridor-like level design of Halo 5: Guardians. Halo Wars 2 proved to be a return to form for the series, but it’s a strategy game that wasn’t built for Halo’s core shooter fans. Suffice it to say, the quality of each subsequent game has been all over the place.

Interestingly, Halo Infinite’s setup is a combination of the fallout of Halo 5: Guardians conclusion and the main antagonists of Halo Wars 2, the Banished. These Brute-led ex-Covenant members are a great entry to Halo lore and a welcome threat for Master Chief in Halo Infinite. While the campaign starts with the typically cramped interiors that are very familiar to series fans, this soon turns out to be a clever 343 rope-a-dope that opens into an interconnected hub world. 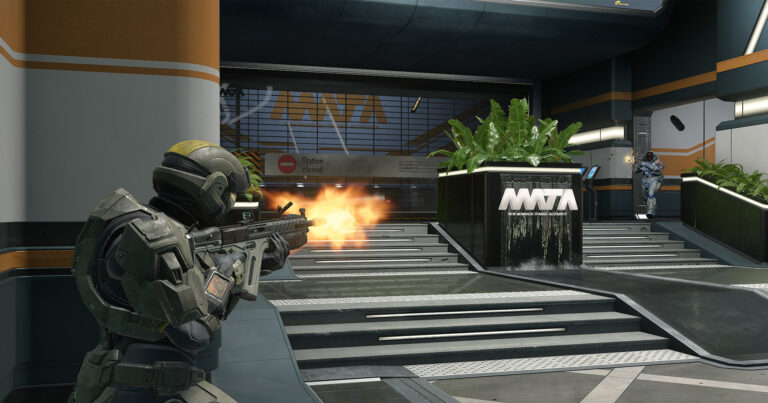 Finally, a Halo developer has seemingly shunned an obsession with console-wars visual fidelity and prioritised scope and gameplay instead. Put simply, Halo Infinite is the sandbox evolution of the series that really should have been a bigger part of the Xbox 360 generation onwards. Sticking to the main path will transport you between the spacious hubs, but you’re free to explore them as you see fit.

There’s plenty to do, too, albeit not in the kind of way that can fast become intimidating in open-world shooters like Far Cry 6. Make no mistake, the core focus of Halo Infinite is banishing the Banished from this latest ring-world, and their armada is a mostly familiar threat save for a new foe or few as well as some new arsenal entries.

Admittedly, the arsenal is a mixed bag of death-dealers, and you’ll be tempted to hang onto your faves, which is even easier now thanks to a generous smattering of ammo refill spots. Still, there will be plenty of times when your weapon clicks dry and you’re forced to try something new. Depending on the gun, this ranges from frustrating to inspiring as you’re forced to unlock its intended purpose and specific strength. 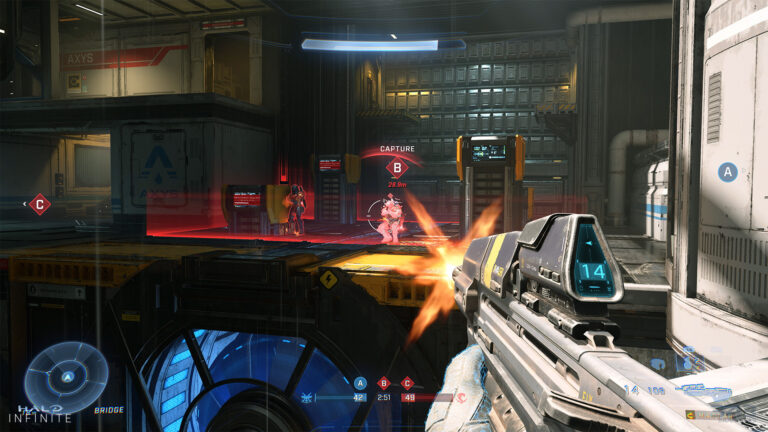 The real star, though, is the new equipment, unlocked as you play through the story and upgradeable, with the North Star being the Grappleshot. Grappling hooks never get old in games, and Halo Infinite’s is the best since Dying Light. Sure, it’s handy to zip you to hard-to-reach places, but it can also be used to hijack vehicles, stun-and-punch foes, or snatch out-of-reach weapons and explosive cores. Mostly, I used it to exploit Tribes-like lateral movement momentum, which is incredibly satisfying for near-Spider-Man-like moments once you get the literal swing of it.

Using the Grappleshot never gets old, and it’s a feature that should absolutely remain a big part of the series moving forward, even if it does seem to have an inconsistent attachment length. Gameplay aside, I don’t want to get too much into the story for fear of spoilers, but suffice it to say Chief is partnered up with a familiar but different AI companion who presents as a Cortana facsimile but helps add some great heart and tension to Chief’s story.

In fact, that “familiar but different” phrase neatly sums up Halo Infinite’s offering. It builds on the best bits of what came before, offers a lot of what’s familiar, but still manages to package it in new and exciting ways that should impress fans and leave plenty of hope for what’s to inevitably come next.

The core arena-style gameplay loop is buffed with the inclusion of collectable equipment, which includes everything from the campaign alongside the deflecting Repulsor (how was this not in the main game, 343?) as well as temporary health buff of the Overshield and short-lived invisibility of Active Camo. These items help to bolster the already improved movement speed and overall escapability which, coupled with the series-staple longer time to kill, means competent evaders can turn the tables on an enemy who gets the drop on them.

There are some issues with desync, particularly for PC players, which can make for frustrating moments of inconsistent damage. Still, the flaws are more distractors than detractors from a package that, at least in beta form, is a hell of a lot of fun to play with friends. There’s even a cool co-op-lite bot-match mode, which pits human players against bot foes to help encourage multiplayer-phobic players to see what Halo Infinite has to offer.

What are the Halo Infinite PC requirements?

Check out the table below for the minimum and recommended PC specs for Halo Infinite.

You can nab Halo Infinite for PC on Steam for $89.95 or for $99.95 on the Microsoft Store. Alternatively, if you have an Xbox Game Pass or Xbox Game Pass Ultimate subscription, you can download it and play it without any extra cost as part of the monthly sub.

Below is a table with the best Halo Infinite Xbox Series S/X prices at launch.

Halo Infinite’s campaign launches on 9 December 2021, but the multiplayer beta is already out. Microsoft has already announced plans to support Halo Infinite as a live-service model, which means more content is coming.
No, Halo Infinite doesn’t have co-op at launch. You’ll have to wait until May 2022 to play the campaign with friends, which is a shame because it will doubtlessly be a lot of fun.
Again, no, Halo Infinite doesn’t have the popular Forge mode at launch. Thankfully, that’s also scheduled to be added to the game in 2022 as part of the live-service support.
Yes, very much so. This particular Brute faction is called the Banished, and you can learn more about them by playing Halo Wars 2.
Originally, Halo Infinite was supposed to launch at the end of 2020 but it was delayed a full year, partially to help make the game look a whole lot prettier. You can see that 343 has achieved this in side-by-side comparisons with the older footage. While Halo Infinite doesn’t have Crysis-levels of eye candy, it’s still a pretty game on PC (even on low settings, albeit that was at 4K resolution via my Nvidia GeForce RTX 3070 Ti).
Yes, there is. I won’t ruin where it is, but if you like hunting skulls in Halo games, you’re in for a treat.