How to watch The Rehearsal (2022) in Australia

Catch the wizard of loneliness and his new show The Rehearsal on Foxtel Now and Binge.

Comedian Nathan Fielder has built a career "helping" struggling small businesses turn things around with unhinged and elaborate schemes. If Fielder proved anything over four seasons of Nathan for You, its that he's utterly obsessed with upping the stakes with every subsequent episode and season.

His new series The Rehearsal is an extension of his work on Nathan for You, except this time it's not businesses he's helping but rather the personal lives of his curious cast of subjects.

After it first premiered in July, HBO's The Rehearsal quickly became one of the most talked about shows of 2022. HBO and HBO Max aren't available in Australia but there are still a few ways you can watch The Rehearsal online in Australia.

Where to stream The Rehearsal online in Australia

The Rehearsal is available on Foxtel and Foxtel Now via FOX SHOWCASE and Binge.

Price and plans only accurate as of last page update.

Much cheaper than Foxtel

No cost for extra channel packs

Price and plans only accurate as of last page update.

The first season of HBO's The Rehearsal is available exclusively via Foxtel's stable of streaming and pay TV products. It's available on-demand via streaming apps Binge and Foxtel Now, and airs Sundays at 9:30pm AEST on the FOX Showcase channel for traditional Foxtel customers. There are six episodes of The Rehearsal's first season, all around 45 to 60 minutes long.

Here are those options for streaming The Rehearsal in Australia again and how much it will cost you.

When did The Rehearsal release in Australia?

The Rehearsal's first season premiered on the 15th of July 2022 with new episodes aired weekly at 9:30PM AEST every Sunday on FOX Showcase. Episodes were instantly available on-demand via Foxtel Now and Binge at the time of release.

There's no word yet on a second season of The Rehearsal but given it's popularity, it would be hard to imagine this being a once-off experiment for HBO and Nathan Fielder.

What is The Rehearsal about?

Where do we begin? 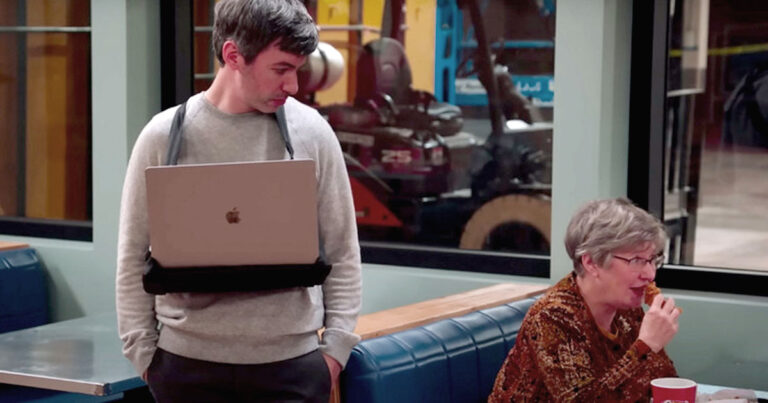 On the surface, The Rehearsal is part comedy, part reality television about (theoretically) improving participants lives by rehearsing every possible outcome and leaving nothing to chance. But those familiar with the complicated mind of comedian and host of Who's Tallest Canada Nathan Fielder will already know that The Rehearsal is not a show that can be easily summed up in one sentence.

Each week, The Rehearsal's project becomes more outrageous and complicated than the last.

When Nathan Fielder has a plan, he sees that every moving part and minor nuance is accounted for, resulting in drastic measures such as painstakingly recreating not only someone's apartment but also the pub they frequent (then transporting that lifesize pub to a remote location later in the season to serve as a sort of base of operations).

Episode One sees Nathan working with Kor, who needs to come clean about a lie he told to his trivia partners some years back. Fielder goes to extreme lengths to facilitate Kor's rehearsal, hiring actors to play his friends and orchestrating the perfect trivia game so not to distract from the conflict at hand.

And that's probably the tamest experiment you'll find in The Rehearsal.

What is Foxtel Now?

Foxtel Now is the on-demand streaming service from Foxtel. It includes most of the same content and channels as Foxtel but is available on several streaming devices (rather than a Foxtel iQ box) and comes at a cheaper price.

Foxtel Now's pricing and plan structure is a little different from most streaming services and more closely resembles that of a traditional Foxtel subscription. It's cheaper than standard Foxtel but still the most expensive streaming option in Australia, starting at $25 per month for the basic channel pack and costing as high as $104 per month for all packs included.

The service offers a free 10-day trial and no contract so you're free to cancel Foxtel Now whenever you see fit.

How do Foxtel's streaming apps compare?