How to watch House of the Dragon in Australia

HBO's House of the Dragon is now streaming on Foxtel Now and Binge with new episodes available every Monday.

Game of Thrones ended with a thump rather than a triumph, but HBO is hoping to win back fans with their next expensive-looking fantasy epic: House of the Dragon.

Set hundreds of years before the War of the Five Kings (and the events of the original series), House of the Dragon promises to make good on the sweeping history that acted as a backdrop to the adventures of the Starks and Lannisters.

Depicting the dragon-riding Targaryen dynasty in their prime, the first season of House of the Dragon has already begun. If you're located in the United States or overseas, you'll be able to stream them through HBO Max or tune in via HBO. Unfortunately, neither of these services are available in Australia. Instead, Aussies looking for their next fix of George RR Martin's fantasy world will have to look elsewhere. 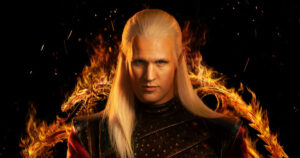 Brodie Fogg
When does House of the Dragon release in Australia?

Where to stream House of the Dragon (2022) online in Australia

Exclusive to Binge and Foxtel Now in Australia

Here in Australia, House of the Dragon is available to stream via both Binge and Foxtel Now. The series also airs week-to-week via Foxtel's classic pay TV service.

If you're not already a Binge subscriber, the arrival of House of the Dragon is a great excuse to sign up for the service on a two-week free trial. While that won't last you the full season, it'll get you part of the way there. Even if you forget to cancel, the most you'll end up paying for Binge is $18 per month.

In comparison, the cost of a Foxtel Now membership that includes the Essentials channel pack (which you'll need if you want to watch House of the Dragon) starts at $25 per month.

If you're looking to swap NBN providers, all Telstra NBN plans currently include two free months of Binge. This offer is available to customers new to Binge. You'll pay $16 per month after your two free months are up, but can always cancel. 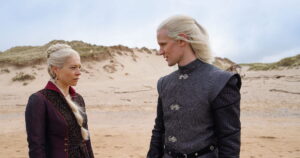 When does House of the Dragon (2022) release in Australia?

Assuming that HBO's broadcast schedule doesn't skip a week due to an overlap with a holiday or US-specific sporting event like the Superbowl, the final episode of the first season of House of the Dragon will air on the 24th of October.

If you can hold out till then and prefer to binge the show all at once, that's the date you'll want to keep in mind. For those who'd prefer to dip their toes in to see if HBO's first Game of Thrones spin-off can recapture the magic, a 2-week free trial with Binge is likely to be the best bet.

What is House of the Dragon about?

A new family, more dragons and a familiar Iron Throne 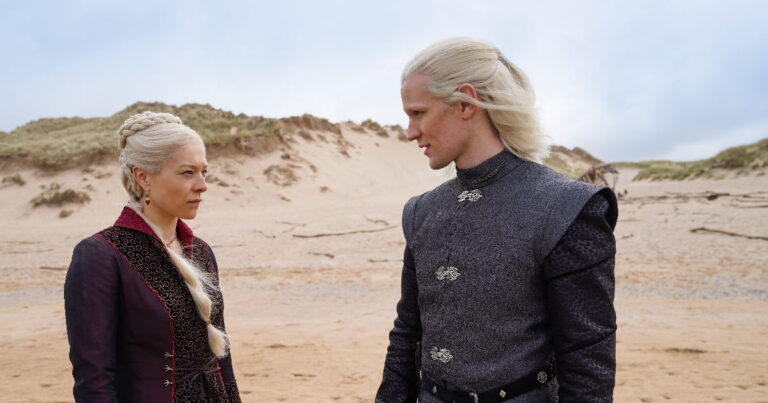 House of the Dragon is a fantasy drama set in the feudal kingdom of Westeros.

Set several hundred years prior to the events of Game of Thrones, the prequel is set to follow the rivalries and alliances of the royal Targaryen family as it descends into a period of civil war (later referred to by characters in Game of Thrones as the "Dance of the Dragons") and political turmoil.

This setup is both deeply similar and starkly different to that of Game of Thrones, no pun intended. There are likely to be fewer White Walkers in the mix, but a lot more dragons this time around. While fans should expect to see familiar locations like King's Landing and Storm's End to return, they shouldn't expect the houses involved with this particular struggle for the Iron Throne to echo the actions or ethics of their Game of Thrones counterparts.

Is House of the Dragon based on a book?

House of the Dragon is loosely based on a set of short stories which were later collected into George RR Martin's Fire & Blood: Volume 1.

Unlike Game of Thrones, House of the Dragon is not a word-for-word adaptation of this book. The source material in question is written from the perspective of an in-universe historian, which gives the team bringing the story to life a bit more wiggle room in terms of how they approach it.

Binge is Foxtel's second streaming service. Rather than adopt the cable-style channel packs model seen with Foxtel Now, Binge has a more Netflix-inspired subscription system. You pay a monthly fee, you get access to everything in the Binge library plus the features associated with your membership tier.

Check out the table below for a breakdown of how Binge compares to Australia's other streaming services.

Where to watch House of the Dragon in 4K in Australia?

There's currently only one way to watch House of the Dragon in 4K in Australia: Foxtel.

While the Game of Thrones prequel is available to stream via Binge and Foxtel Now, Australia's premier Pay TV service is the only place you'll be able to find the series in ultra high-definition. At least, until it gets a 4K Blu-ray release.