Disney Plus now has the latest seasons of Grey’s Anatomy

Watch it on Disney Plus

Benjamin Franklin once said, "nothing is certain but death and taxes." In 2021, you can also add a few more to that list. In addition to death and taxes, you can be certain that the steamy medical drama Grey's Anatomy will outlive us all, and that streaming it in Australia will never be easy. Until now, diagnosing the best way to stay up to date with the latest romantic breakthroughs on Grey's has been about as straightforward as open-heart surgery. Thankfully, the recent launch of Disney Plus Star has made streaming the latest season of Grey's Anatomy in Australia a little easier (even if it is still a few episodes behind).

Now that Disney Plus Star has entered the operating theatre, you can stream the latest three seasons of Grey's Anatomy (Seasons 15, 16 and 17) while the rest of the back catalogue (Seasons 1 - 15) is still available on Stan.

It's also possible to rent or purchase individual episodes and seasons of Grey's Anatomy via digital stores like iTunes and Google Play but that will set you back $2.99 per episode or $40.49 per seasons through Google Play and they still don't have Season 17 episodes available at the time of writing. 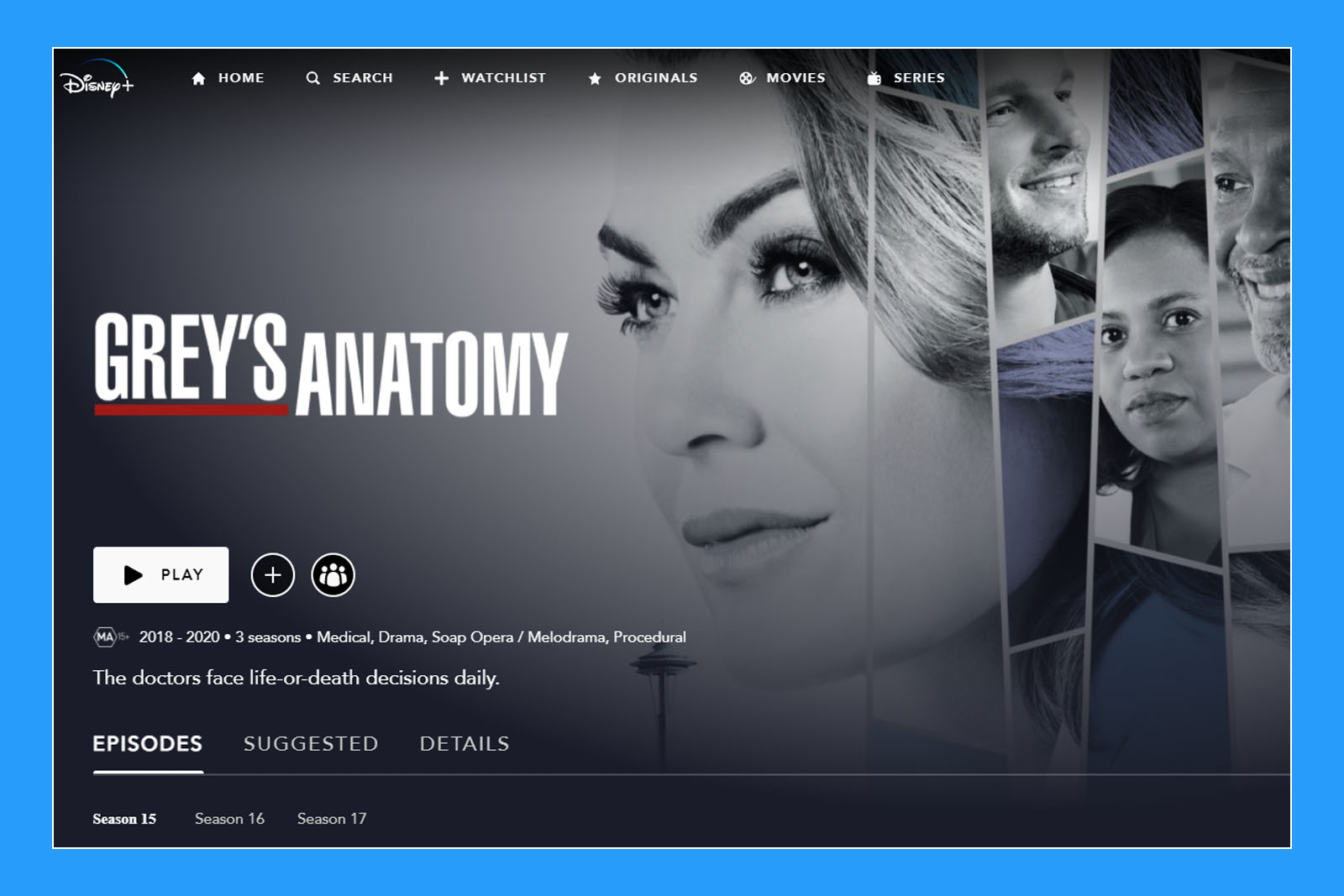 Watch it on Disney Plus

When it first launched in Australia, Disney's home for more mature TV shows and movies boasted about new and exciting exclusives like Love, Victor and Solar Opposites but there was nary a whisper about Meredith Grey and her hunky cadre of surgical interns.

Now that Disney Plus Star has officially launched, Grey's Anatomy has quickly been rushed to the top of the service's trending TV shows because, historically, it's been incredibly difficult to stream in Australia.

It's important to note that Disney Plus Star only has the latest three seasons (Seasons 15, 16 and 17) and is still a few episodes behind (Episode 4 is the latest release at the time of writing). Still, it's more up-to-date than we had previously.

The addition of Star led to a price increase for Disney Plus subscribers, going up from $8.99 to $13.99 per month. It also dramatically increased the number of TV shows and movies available and Disney Plus doesn't charge any extra for 4K or multiple devices, so it still shakes out at a decent deal. With that said, Disney also removed the free trial option from Plus last year, so if you're thinking of checking it out, you'll pay the first $13.99 subscription fee from the day you subscribe. 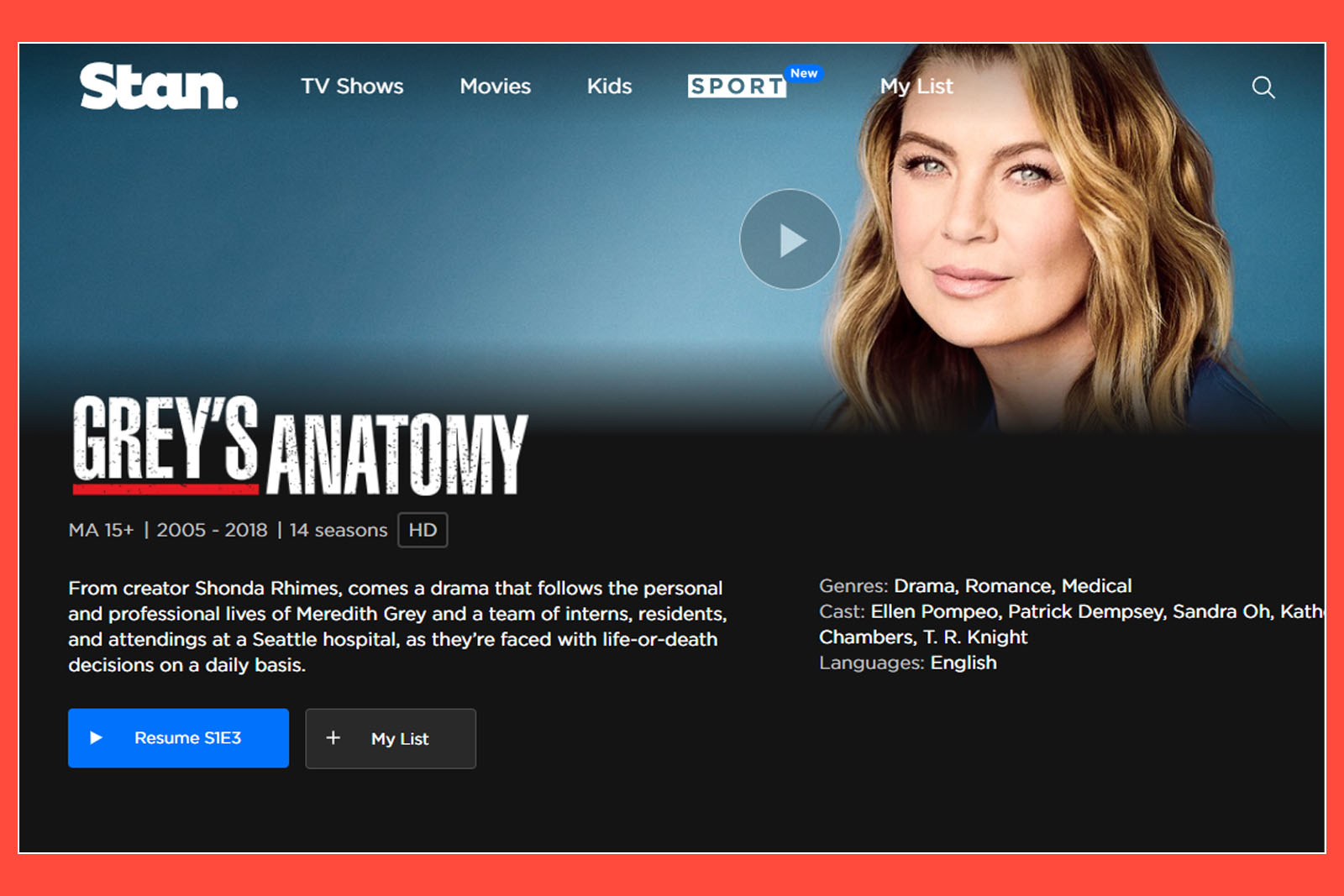 While it still doesn't have the very latest seasons, the first fourteen seasons of Grey's Anatomy are still available on Stan. Whether you're jumping in for the first time, or heading back for one mammoth medical drama binge, Stan is the only place you'll find the original seasons streaming in Australia. That is, unless, you want to purchase the back-catalogue piecemeal from digital services like iTunes and Google Play but that would be an expensive procedure.

Thankfully, Stan hasn't followed in Netflix's footsteps (yet) and still offers a 30-day free trial if you're not entirely sold on the service. That said, there are some outstanding TV shows and movies on Stan that will give you more than enough reason to stick around.