How to watch Super Pumped: The Battle for Uber in Australia

Pumped for Super Pumped? You're not the only one.

Following on the tail of similar series like The Dropout and WeCrashed, global ridesharing giant Uber is having its own origin story told in Super Pumped: The Battle for Uber.

Based on a book by New York Times journalist Mike Isaac, the first season of Super Pumped follows the dramatic rise of former Uber CEO Travis Kalanick as he seeks to disrupt the competition and dominate the "move-fast-and-break-things" culture of Silicon Valley.

The first season of Super Pumped premiered overseas on Paramount+ back in February, but the situation for those looking to tune in from Australia is a little confusing. Here’s what you need to know.

How to watch Super Pumped: The Battle for Uber in Australia

Frustratingly, Super Pumped: The Battle for Uber is not currently available on any Australian streaming services. The biographical series is also unavailable to rent or buy when it comes to digital storefronts like Apple TV and the Google Play Store.

From as far back as February Paramount+ have publicly said that they’ll be the go-to streaming service for the series in Australia. Unfortunately, Super Pumped: The Battle for Uber won't be available to watch via the subscription service until May 12th, 2022.

From that date onward, all seven episodes of the first season of Super Pumped will be available to Australian Paramount+ subscribers. 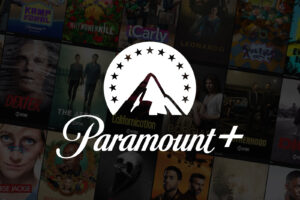 Loads of home-grown content call Paramount+ home, but is a Matt Okine comedy special enough to justify $8.99 a month?

What is Super Pumped: The Battle for Uber about?

Created by Brian Koppelman and David Levien, Super Pumped is an anthology series that looks to depict and dissect the origins of global tech companies like Uber and the toxic culture that exists both within and around them.

The first season of the series is based on the book of the same name and focuses on the rise of ridesharing giant Uber and the controversial personalities, such as CEO Travis Kalanick (Joseph Gordon Levitt), that propel the company towards growth at any cost and by any means necessary.

According to the creators of the series, future seasons of Super Pumped will focus on other tech giants. For instance, a second season of Super Pumped focusing on Facebook has already been greenlit.

How does Paramount+ compare to other streaming services?