Audiobook.com tries to up the ante on Amazon's Audible.

Audiobooks.com offers up unique and compelling options when it comes to getting more for your monthly audio subscription, but it lags behind Audible when it comes to the app experience and title availability.

Audible is the elephant in the room when it comes to audiobooks, but it's not the only subscription-based option out there. If you go looking for an alternatives to the Amazon-backed distributor, you'll likely find your way to Audiobooks.com sooner rather than later. It's the obvious option, and hard to miss.

While Audiobooks.com doesn't have the star power, original content or seemingly limitless podcast advertising that Audible does, there's still a lot here for those keen to try their luck with a slightly different riff on the audiobook subscription service formula. 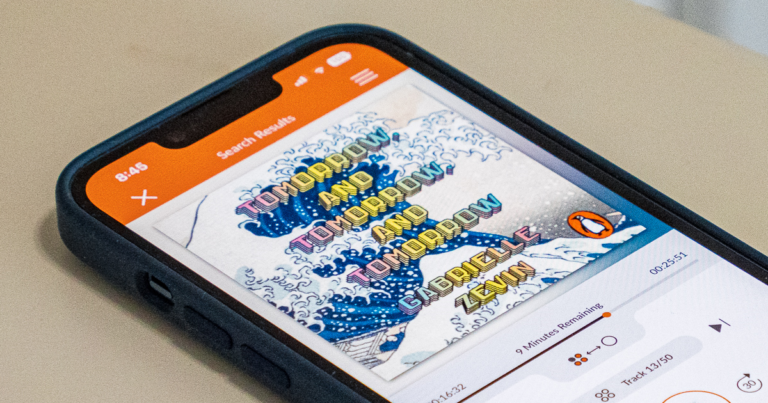 How much does Audiobooks.com cost in Australia?

Like Audible, Audiobooks.com does offer more expansive and expensive plans for those who expect to get through more than one book each month. $28.90 per month gets you 2 credits per month while $40.85 gets you 3 credits.

At a glance, the math here is somewhat favourable to consumers. The more you spend, the less you're technically paying per credit. If you're looking at the 2-credits-per-month option, Audible's equivalent is slightly cheaper. However, Amazon's alternative offers no counterpart to the 3 credit option found here.

On the other hand, Audiobooks.com doesn't give you the option to save money by paying for a year up-front like Audible does.

Both services offer a 30-day free trial, but be sure to check out the table below for a better understanding of how the pricing works before you sign up with either Audible or Audiobooks.com.

As with Audible, a subscription to Audiobooks.com is more expensive than music streaming services like Spotify or Apple Music, but slightly cheaper than the most expensive tier of Netflix and almost certainly cheaper than buying audiobooks outright. The economics are easy to like, even if it's a little too involved to set and forget about it entirely.

Check out the table below for a sense of how Audiobooks.com sits relative to other content streaming subscription services. 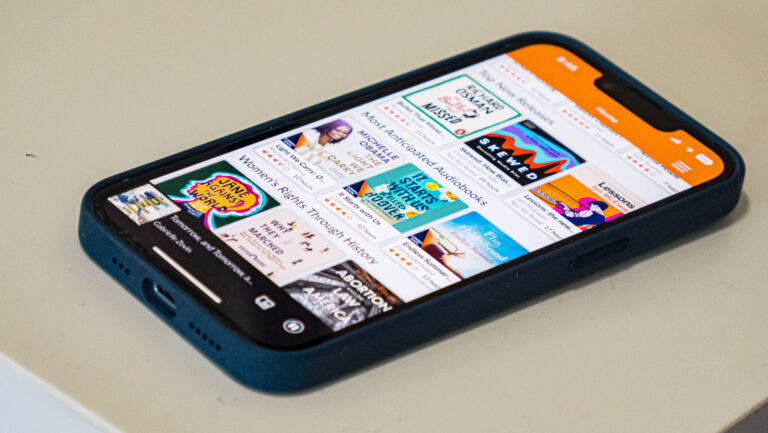 Those who are familiar with the value proposition of Audible will be right at home with the foundations of Audiobooks.com. Like the former, the setup is straightforward and digestible.

You pay a monthly fee. That gets you a credit. This can then be traded in for any single title within the wider Audiobooks.com library.

Titles can also be bought on a one-off basis, but doing so does cost extra. Prices range from as little as around $1 for a single release to as much as over $200. It very much depends on what you're after.

For the vast majority of titles however, the exchange of a single credit represents a decent deal. Credits expire if they aren’t used, but Audiobooks.com will let you top up your membership with more at a premium.

As an alternative to trading them in for a single title, credits can also be spent on access to an Audiobook Club. A single credit gets you 30 days of all-you-can-hear access to every title included in the club.

At the time of writing, there are eight clubs to choose from. Most of these are divided by genre, but there's a more generic "Best Of" club for those who want a little bit of everything. The upside here is that you get a lot more bang for your buck, but the downside is that the selection of titles in any given club can be a bit hit and miss.

In either of the above cases, Audiobooks acquired via Audiobooks.com can be listened to via a web browser or the Audiobooks.com app. As you'd expect, the latter is available on both iOS and Android. While this plethora of playback options doesn't exactly put Audible to shame, it's hard to complain too much about how the basics are covered here.

As for the size of the library involved, Audiobooks.com claims to offer a whopping 350,000 titles. If your tastes are anywhere near the mainstream,  you'll likely be well-served here. That said, it didn't take me long to find the odd omission here.

More than once, I went looking for a specific, admittedly semi-obscure title only to find that it wasn't available here but was available through Audible. If you've got a specific shortlist of potential reads in mind, it's well worth scouting things out before you sign up for either service.

Despite these discrepancies, most of what works about the subscription-based model of audiobook distribution remains intact with Audiobooks.com's take on the premise.

A bloated app and half-baked perks 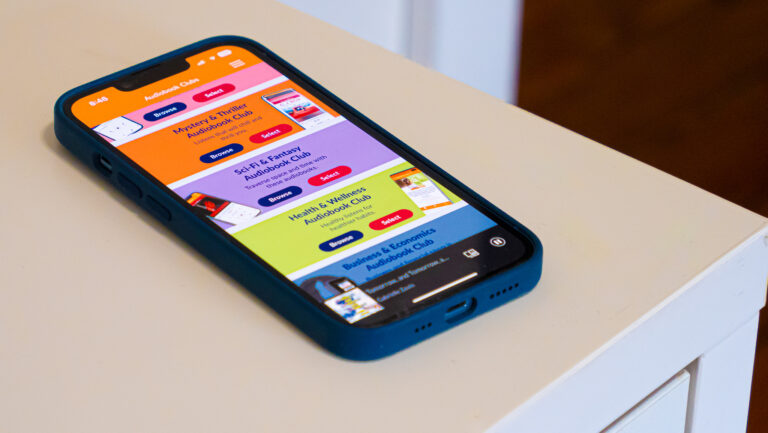 Beyond virtual book clubs and a 3-credit plan option, Audiobooks.com does put a few other wrinkles on the formula.

First of these is the VIP Selection. In addition to their standard allowance of credits, Audiobooks.com subscribers get a second book from this collection each month for free. If you're a brand new subscriber, you'll get another book on top of that.

This is a solid idea that, on paper, gives an Audiobooks.com subscription a slight edge over Audible when it comes to overall value for money. Unfortunately, in practice, your mileage with the VIP selection may probably vary. Mine certainly did. Even if the titles on offer change from month to month, it's far from uncommon for the curated collection to feel like more of a bargain bin than a bonafide bonus.

Like regular credits, VIP credits also expire at the end of a given month. Given how easy it is to trawl the dozen or so throwaway titles on offer and come away empty, the potential appeal of this perk is quick to curdle and a poor match for Audible's own Plus Collection.

Audiobooks.com does offer its own selection of entirely-free audiobooks, but these are mostly public domain titles with questionable production values.

There's a similarly prevalent lack of polish to be found when it comes to the Audiobooks.com app. If Audible is sometimes painfully streamlined, the main menu on the Audiobook.com app is bursting at the seams.

There's podcast integration, access to clubs, dedicated note-taking, a dedicated recommendations queue and a shortcut to member-exclusive deals. It's feature-packed, but it all gets a bit overwhelming at times.

To Audiobooks.com's credit, the fundamentals are more or less solid. The app supports offline playback, variable playback speed, sleep timers and AirPlay 2 output if you're using an iOS device.

However, whenever I left the safety net of situations where the Audiobooks.com app didn't have to do anything beyond letting me listen to audio content, the interface felt sluggish and weighted down by all UI baggage involved.

Is Audiobooks.com worth the money?

Come for the Clubs, don't stay for the app 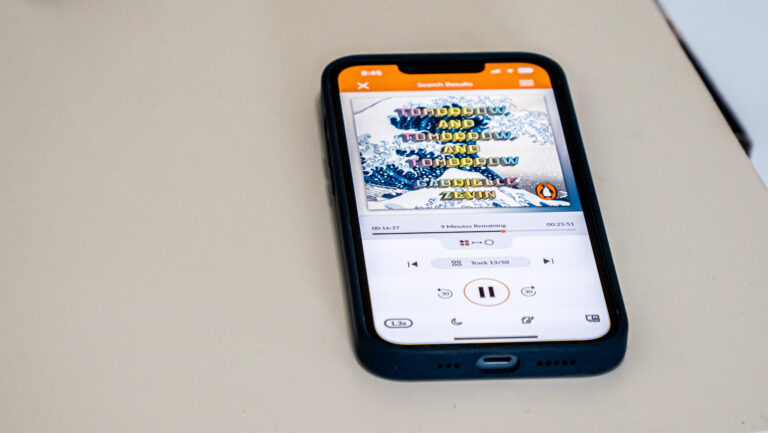 Audiobooks.com checks many of the same boxes and meets the same needs that its biggest competitor does and, if you're sticking to the single-credit plan, it doesn't cost a cent more.

The biggest advantage that this Audible alternative has is the new options it incorporates. Even if they're not going to be for everyone, the VIP Selection and Audiobooks.com's all-you-can-hear Clubs system represent intriguing possibilities that can't be found within Amazon's own audiobook ecosystem.

That said, as someone who has subscribed to Audible over the years, it didn't take long for me to miss the sleek presentation and generous perks associated with Amazon's audiobook distributor. Even if it's easy to make the argument that I'm technically getting more for my money with Audiobooks.com, the experience of using its app felt like a constant reminder of what I was missing out on.

Audiobooks.com can cut it as a competitive alternative to Amazon's audiobook service in a big picture sort of way, but it's a poor substitute when it comes to the details.