The best alternative to Audible doesn’t cost a cent

Getting into audiobooks might be cheaper than you think.

Own a phone? You might already have the best free alternative to Amazon’s audiobooks subscription service installed on it.

For those who don’t have the time or tendency to sit down with a good book anymore, audiobooks can be a great alternative. Even hauntingly large texts like War & Peace become a little more manageable when you’re able to work through them in bite-sized chunks while you're doing chores, running errands or working out at the gym.

These days, Aussies looking to get into audiobooks currently have two main options: Audible and Audiobooks.com. Owned by Amazon, a standard month-to-month membership with the former will cost you $16.45 per month. That gets a single credit each month, which can redeemed for a single audiobook on Audible, plus access to the entire Audible Plus Catalog.

Audiobooks.com works similarly, with a monthly subscription cost of $16.45 getting you a single audiobook plus a second audiobook from the service’s VIP Access collection each month.

There's also Scribd, which offers unlimited access to a catalogue of ebooks and audiobooks, for a monthly price of $13.99.

Fortunately, if you don’t fancy adding another subscription service to your monthly batch of bills, there is an alternative. It's developed by Google, free to download on both iOS and Android and built into the tech giant's existing Play Books app. 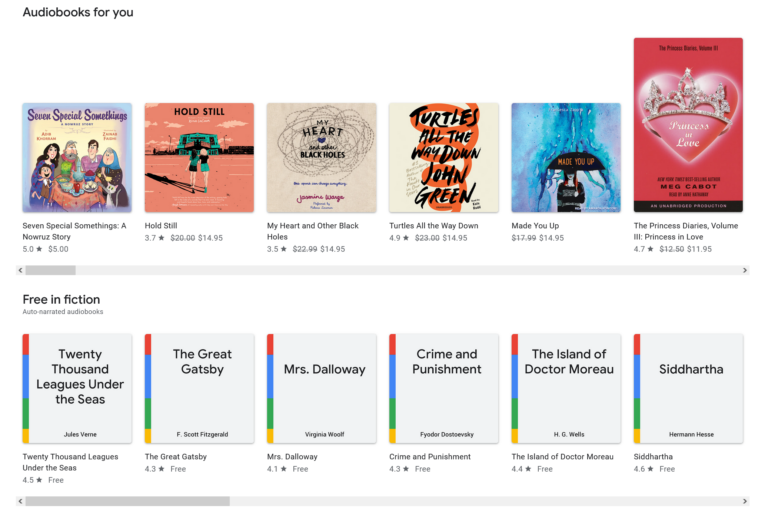 Back in 2020, Google started rolling out a number of free audiobooks via the Google Play Store. While the Play Store has sold audiobooks for a couple of years now, these freebies were a little different to your average audiobook.

Rather than feature the kind of pomp, circumstance and bespoke production quality you’d find in a traditional ebook, these audiobooks relied entirely on the company’s text-to-speech tech. The final product is not quite as seamless as having Siri read you a bedtime story, but it’s not far off either.

In the years since then, Google has further developed this tech into a feature called Read Aloud. Once enabled, this can instantly turn any ebook in your Google Play library into an audiobook. What's more, Read Aloud is supported not just for books bought via Google's own online storefront but also those bought elsewhere and imported into the app.

Again, the end user experience here is nowhere near as cinematic or slick what you'll get from a modern and mainstream audiobook provider like Audiobooks.com or Audible. Nevertheless, if you’re looking to work your way through a more academic text or keen to save that little bit of extra cash amid rising inflation, it might be a decent way to go about it.

The dulcet tones of Google’s text to speech voice are recognisably robotic, but when the price is free and you can seamlessly jump between having a book read to you and reading it yourself, the practical value that this feature adds to any (and all existing) ebook purchases becomes really hard to overlook.

What’s more, Google’s Read Aloud feature also supports as many languages as the company’s other text-to-speech offerings do. This means you can listen to audio of a book in languages that may not be otherwise available.

Given the perils of Google Translate, this is likely to be an imperfect prospect. Nevertheless, the fact that it’s free and allows you to listen to audio versions of texts that might not have an audiobooks in a given language is another strong point in Google's favor.

How to enable audiobooks in Google Play Books

SubscriptionFrom $16.45 per month2-month free trialRecieve 1 or 2 credits per month to spend on audiobooks that can be accessed indefinitely. 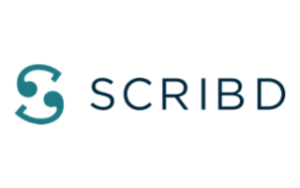 Scribd
Subscription$14.99 per month30-day free trialSubscribers get access to over a million audiobooks to listen to for as long as they are subscribed. 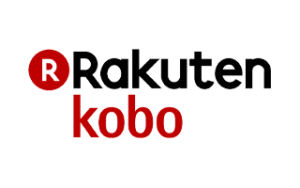 Kobo Audiobooks
Subscription$12.99 per month30-day free trialSubscribers receive 1 credit per month to spend on audiobooks that can be accessed indefinitely 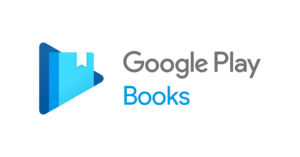 Google Play Books
Digital bookstoreFrom $0.99 per titleFree audiobooks availableGoogle Play Books offers a huge library of free and paid audiobooks as well as the Read Aloud feature, which uses Google Assistant to read any existing ebook in your library. 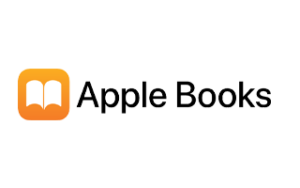 Apple Books
Digital bookstoreFrom $4.99 per titleN/AApple Books offers a huge library of audiobooks as well as its own Read Aloud feature with Siri for select ebooks you already own.