Apple makes it to first base with live sports streaming

Friday Night Baseball on Apple TV+ will make its way Down Under.

Kicking off the tech giant’s rookie career in the sports streaming space, Apple TV+ will stream a “weekly doubleheader” of Major League Baseball with live games and coverage before and after each event.

The headline event will stream to eight countries when the regular season begins; Australia, United States, Canada, Brazil, Japan, Mexico, Puerto Rico, South Korea and the United Kingdom, with the goal to expand international coverage over the coming year.

Prior to this announcement at today's event, Apple claimed it was “ready to spend billions” on live sports streaming over the next four years. With a potential deal with MLB (Major League Baseball) on the cards rumoured to be its first big moves, it’s no surprise that we got our first glimpse at that push during the March Apple Peek Performance Event, where the new iPhone SE and iPad Air were revealed. 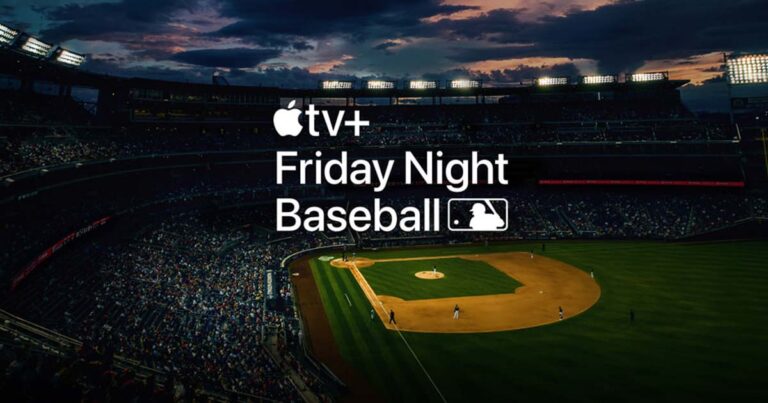 After pitching the success of Apple TV+ Originals such as Coda on-stage to the Cupertino crowd, Apple CEO Tim Cook threw a curveball by announcing Friday Night Baseball, the service's first foray into sports streaming.

According to Apple, Australia will only have access to the Friday Night Baseball event coverage to begin with but those in the US will have access to a nightly live show titled “MLB Big Inning” throughout the regular season.

Meanwhile, Canada gets access to 24/7 live coverage with replays, news, commentary and classic games, in addition to more on-demand MLB-themed content (not unlike how Kayo Sports works here in Australia).

When does Friday Night Baseball begin?

Apple has only vaguely suggested that its Friday Night Baseball coverage will debut “as soon as the regular season begins.” If that’s the case, Apple TV+ subscribers should expect to stream Friday Night Baseball from the 7th of April through to the 2nd of October when the 2022 MLB season is expected to conclude.

Apple’s Friday Night Baseball isn’t a swing-and-miss but it’s not the homerun many might have expected when Apple talked such a big game about its big bet on live sports. But the company is gearing up to spend big over the next four years, with potential bids placed on the NFL Sunday Night Ticket, NASCAR, NBA/WBNA and more.